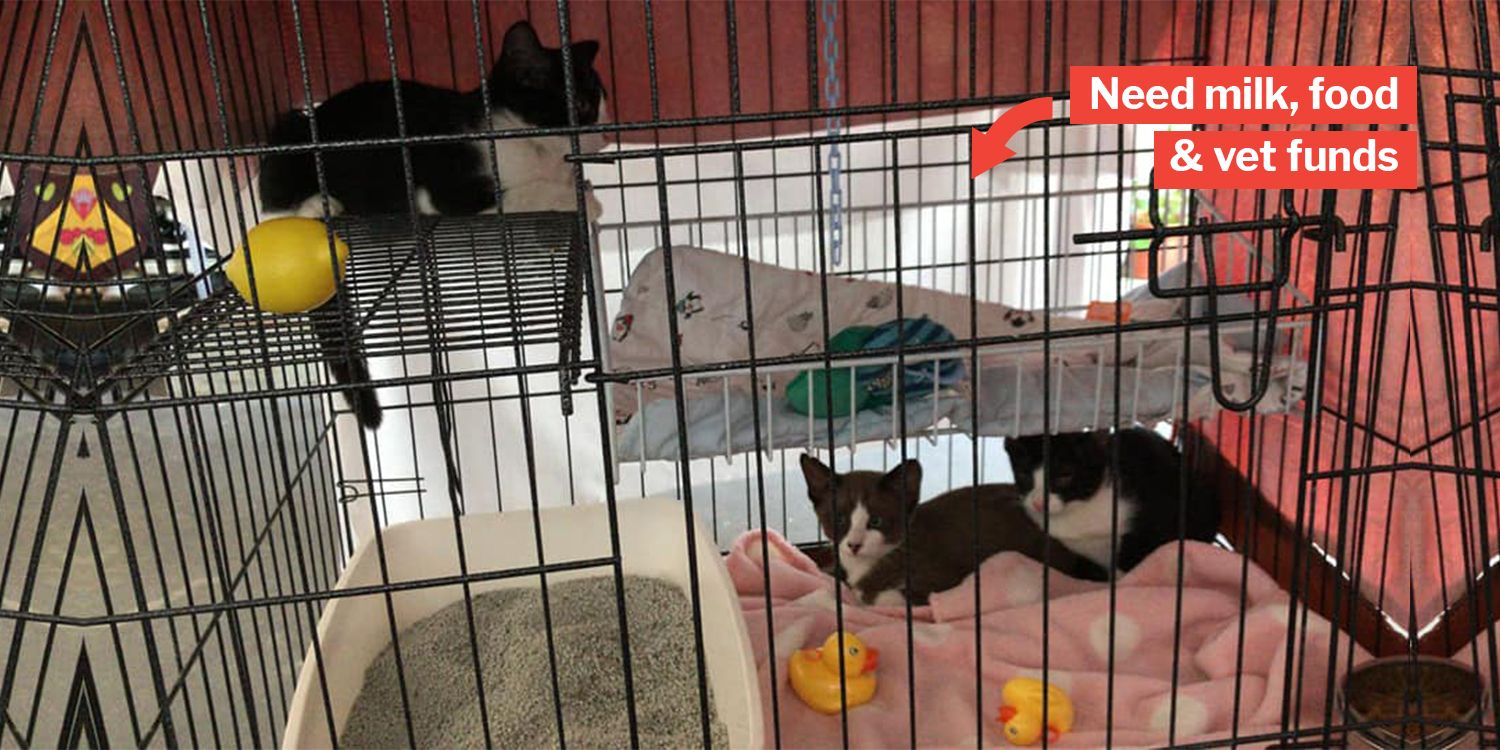 Do you have kitty supplies to spare?

Cats in Singapore are fortunate to have a community of animal lovers looking out for them.

A netizen, Ms Chan, took to the Facebook group STOP Animal Abuse In SG to appeal for help regarding 2 batches of cats recently rescued in Sengkang.

Here is her post in full, written on Monday (1 Apr). 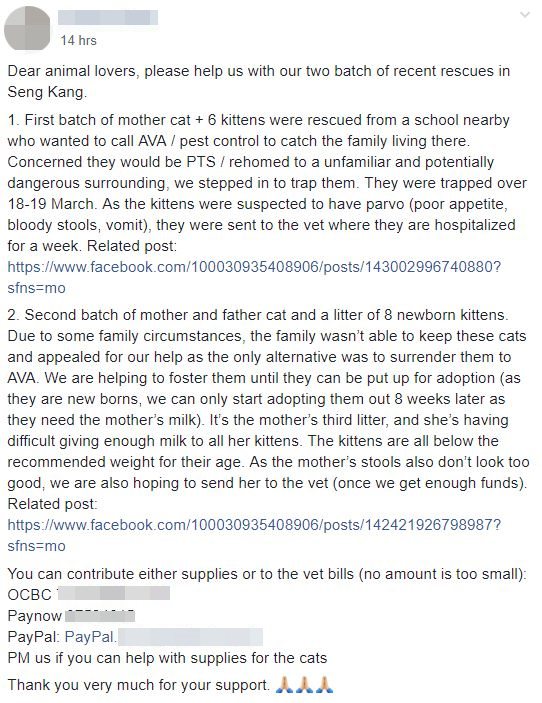 On Monday (18 Mar), a mother cat who had given birth to 6 kittens were caught in a school around the Anchorvale area.

The school had wanted to call AVA or pest control to catch the cats. 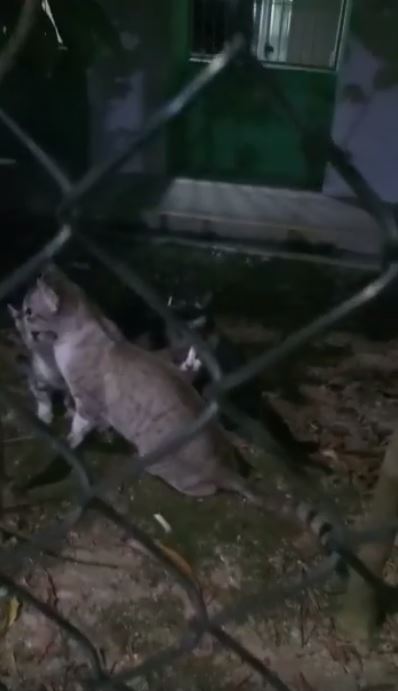 Cat & kittens were residing in a school compound
Source

However, fearing that the felines would be put to sleep or rehomed to an unfamiliar and potentially dangerous environment, members of Facebook group STOP Animal Abuse In SG stepped in to trap and retrieve them. 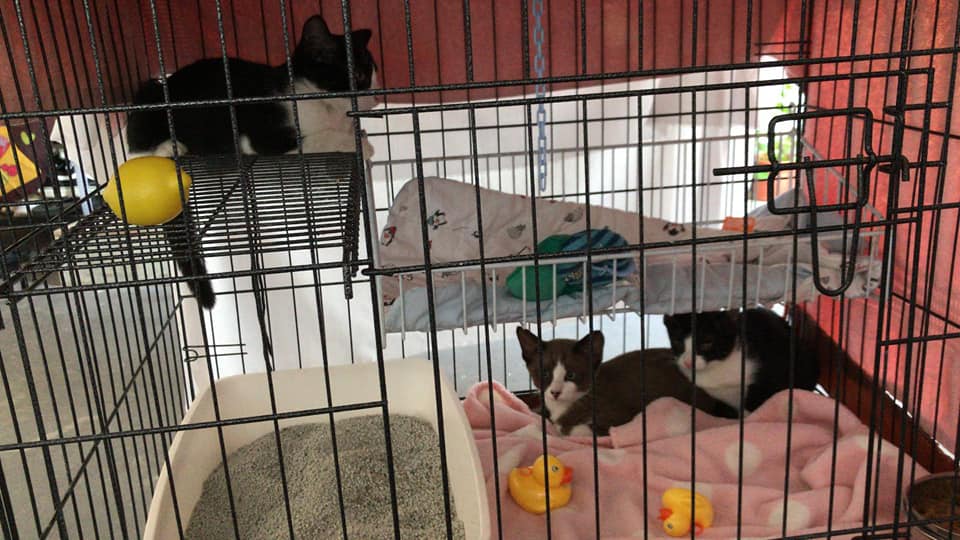 The kittens were initially suspected to have parvovirus as they were vomiting. They were also described to have had bloody stools and a poor appetite.

Fortunately, that wasn’t the case & they were declared to be free of the virus. However, they still had to be hospitalised at the vet for a week. 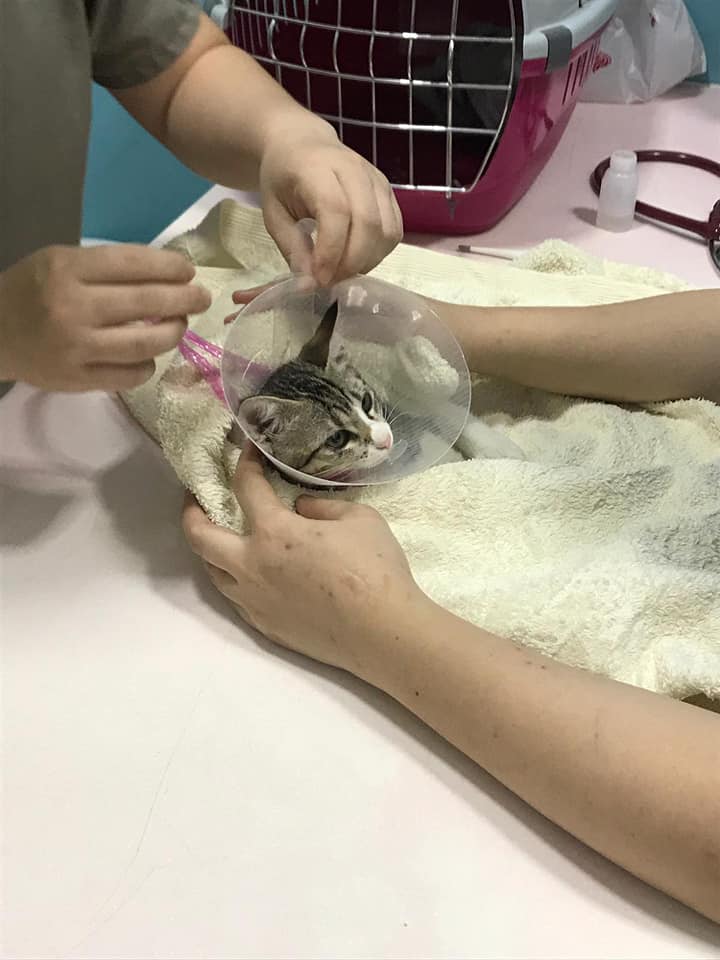 For reference, here is an invoice of the vet fees. 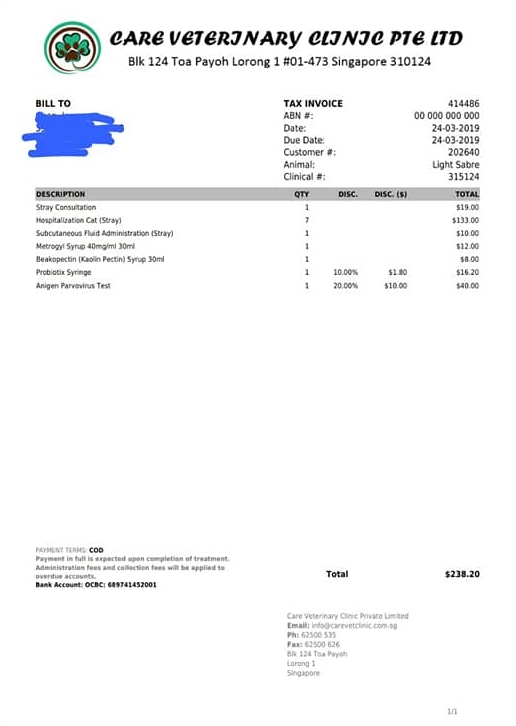 Cats & 8 kittens found in a toilet

On Friday (26 Mar), members from Facebook group STOP Animal Abuse In SG visited a family who wanted to surrender a family of cats to the SPCA or AVA due to some “family circumstances”.

The cats consisted of the father and mother, as well as 8 newborn kittens, who were all living in the toilet. 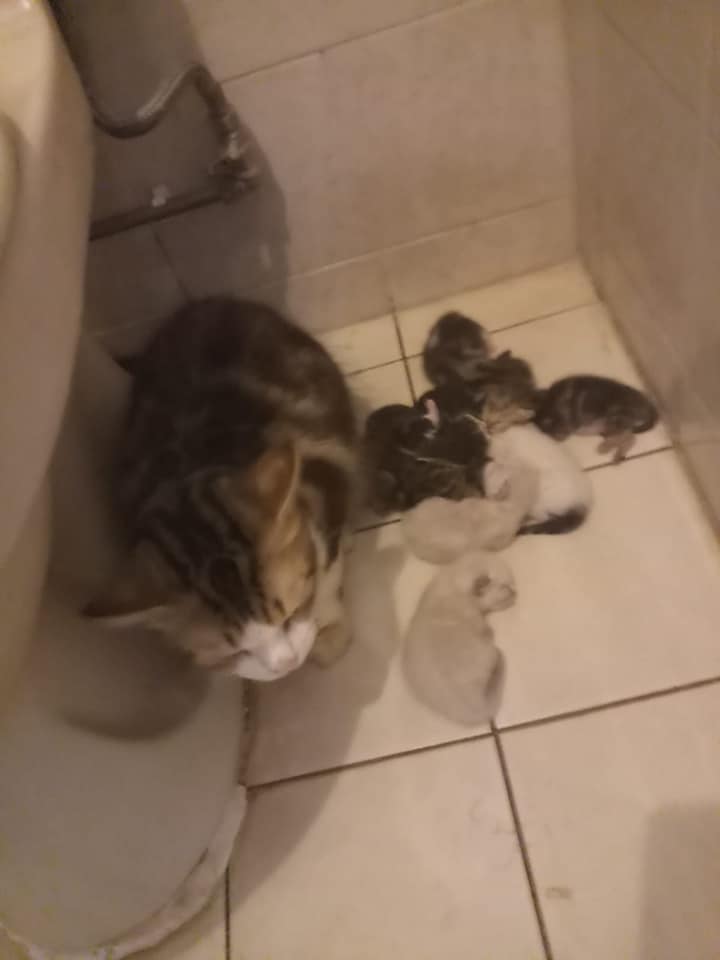 The group is fostering the cats till they can be put up for adoption – about 8 weeks later – as the kittens are newborns and require milk from their mother.

As this is already the mother cat’s third litter, she is having a hard time producing enough milk for all the kittens, which are currently underweight for their age.

The fosterers are hoping to raise sufficient funds to bring the mother cat to the vet as she seems to be unwell.

To help the 2 cat families, the group is appealing for donations of food and milk, as well as money to help cover the vet fees.

If you would like to contribute monetary donations, you can find out how to do so in this post.

Alternatively, if you are keen to gift supplies, do contact Joanne, the original user who posted the appeal, via private message on Facebook.

We hope the families of cats will get the help they need so they can find loving forever homes soon.