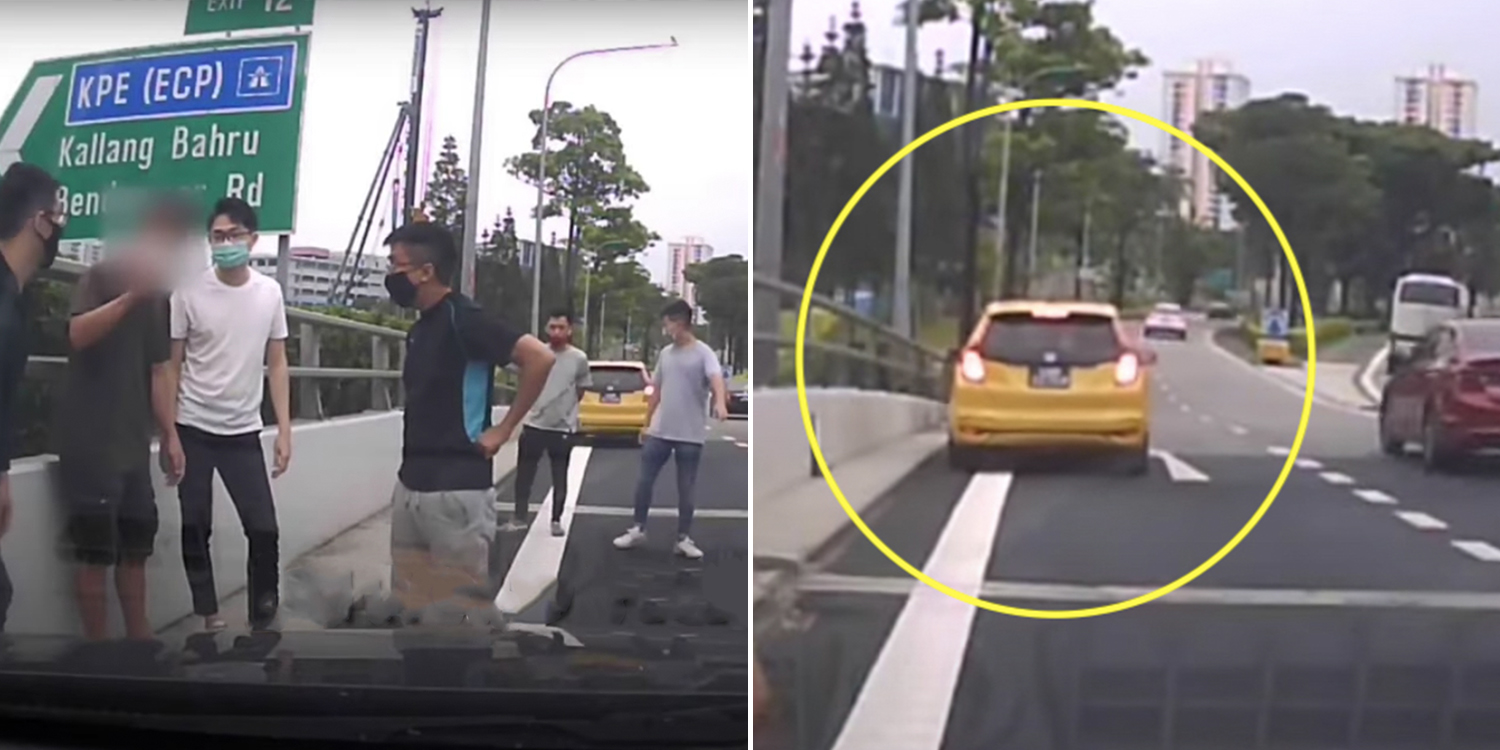 Netizens claim they could be part of a scam syndicate.

Claims Specialists Who Stopped Along PIE Spark Concerns Among Netizens

As scams in Singapore are on the rise, members of the public are advised to stay vigilant to prevent themselves from falling victim.

On Wednesday (22 Sep), SG Road Vigilante posted on Facebook about a seemingly minor accident that happened back in July.

While the driver was arguing with the other motorist, a group of claims specialists allegedly pulled up at the scene and offered their services. 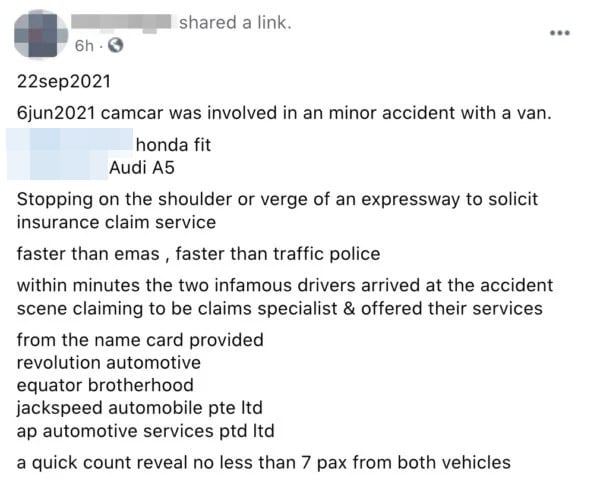 Netizens have since suspected that they could be part of a scam syndicate and hope that the authorities would look into the matter.

Recently, SG Road Vigilante posted a video that shows a group of men pulling up in front of a car that had just met with an accident along westbound PIE.

The accident in question reportedly happened on 6 Jul at around 5.55pm.

The video started with the driver of the cam car arguing, probably with the other party involved in the accident.

Not long after, a yellow Honda pulled up in front of them. 4 men from the car then got out and walked towards the pair who were arguing. 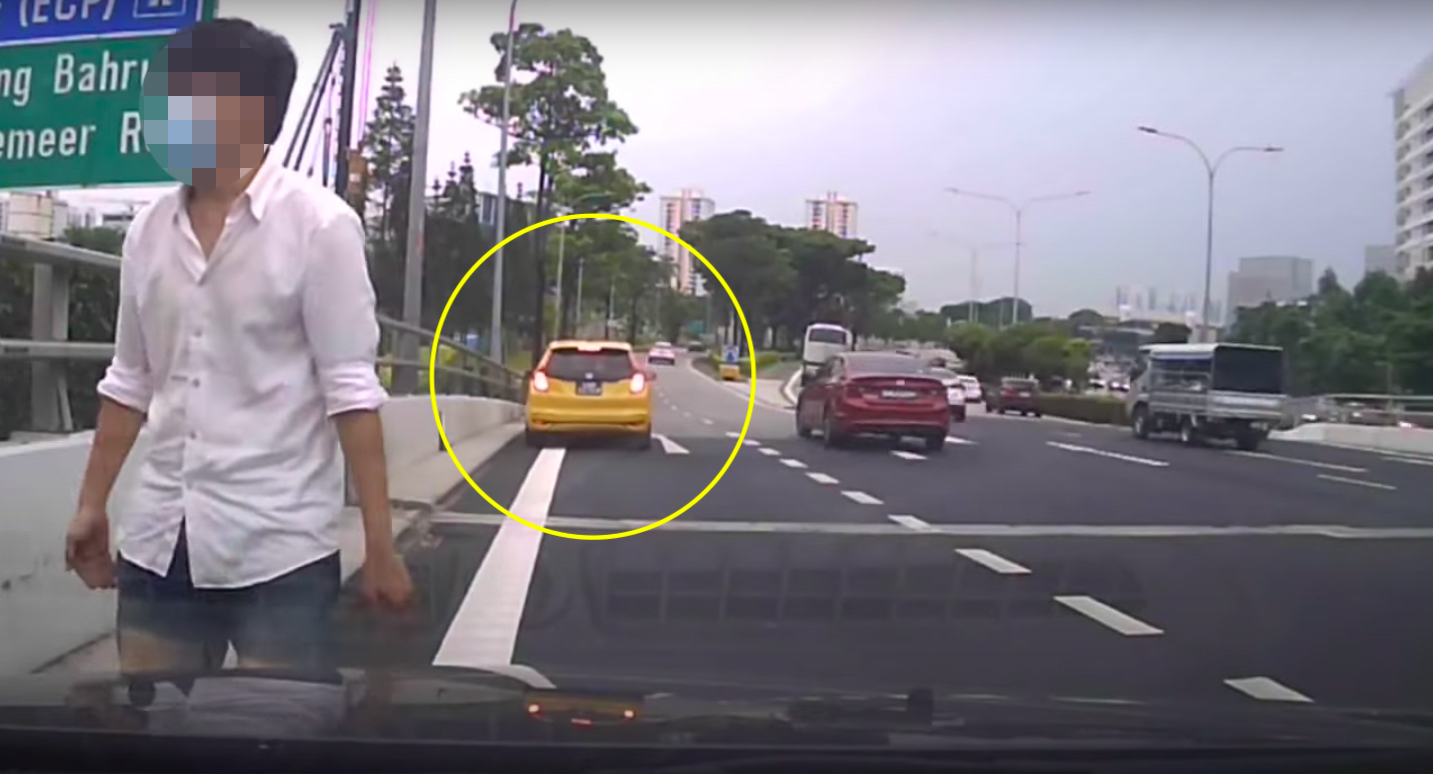 Moments later, a black Audi pulled up in front of the Honda. 2 men then alighted from the car and joined the ongoing dispute. 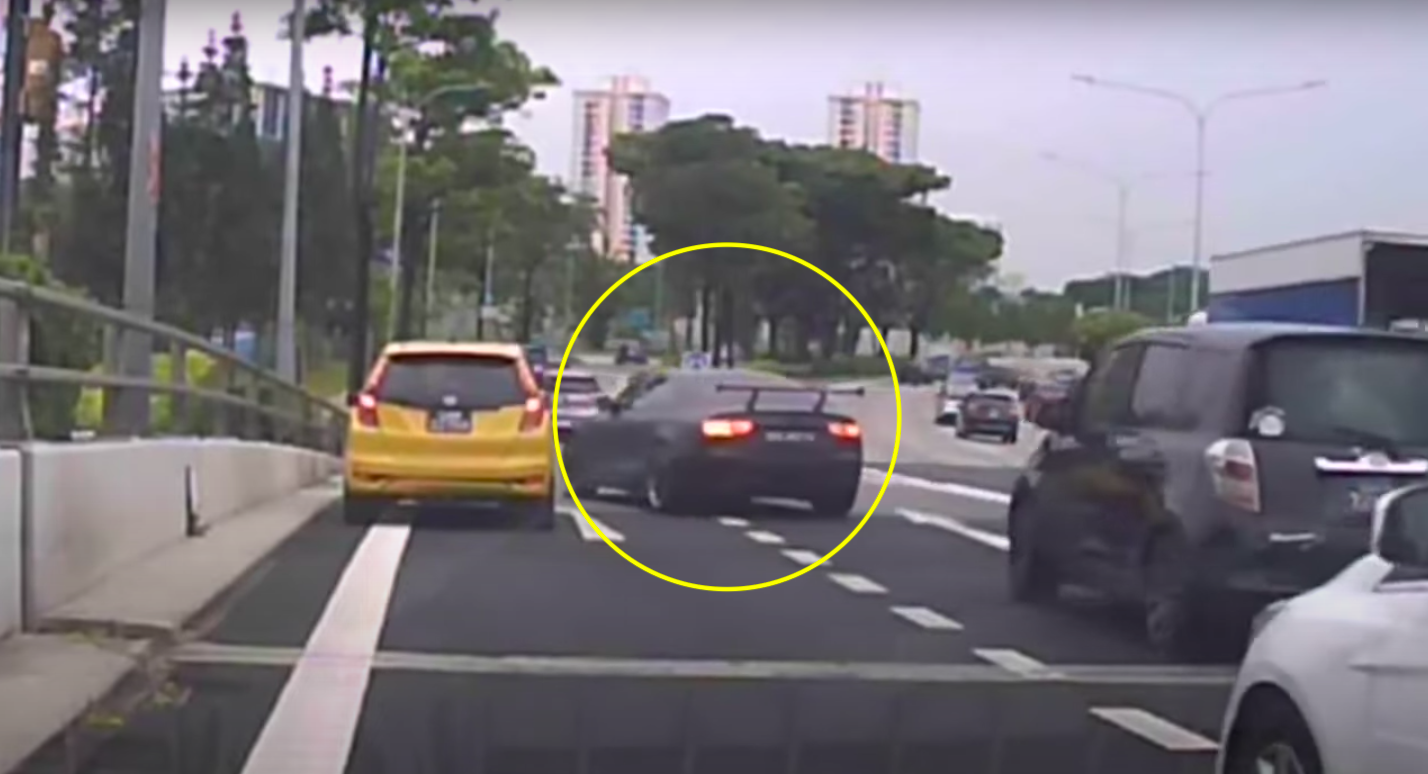 For some reason, the group from the yellow Honda then started talking to the 2 men who alighted from the Audi. 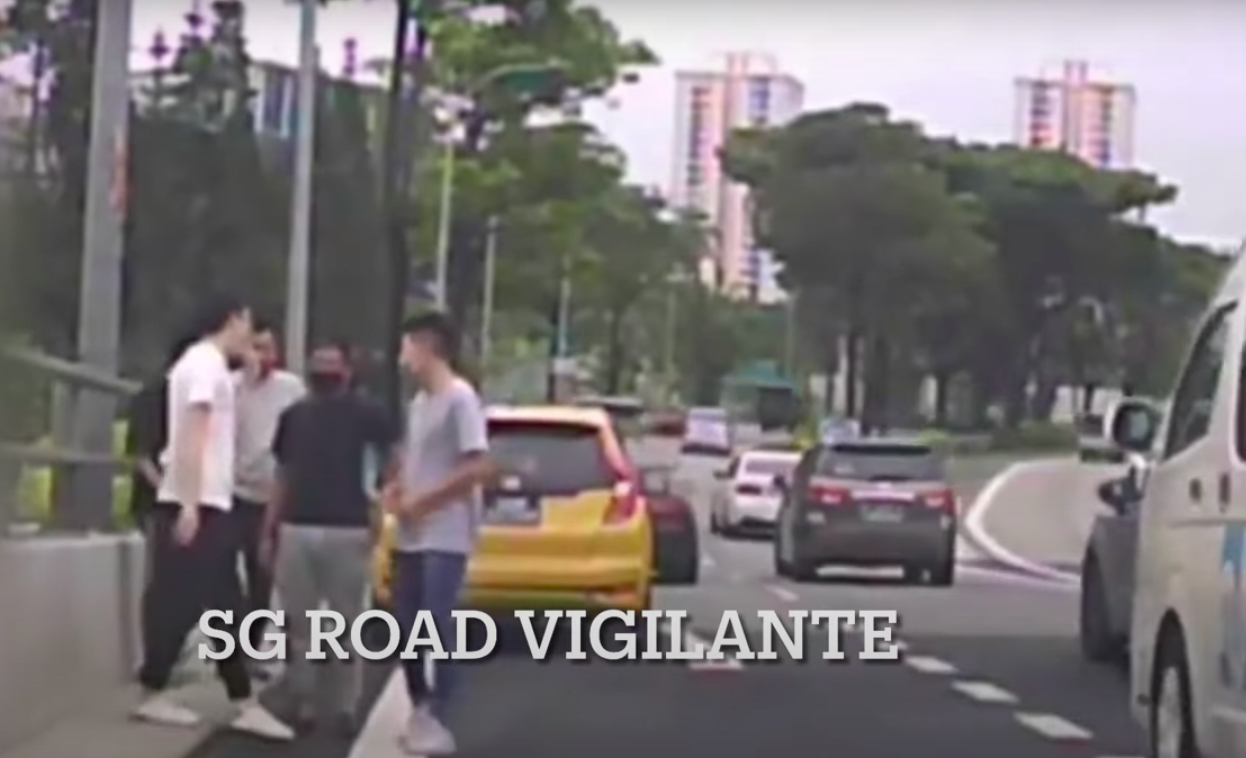 The men were later seen crowding around the driver involved in the accident, possibly to find out what happened.

According to the post by SG Road Vigilante, they allegedly identified themselves as claims specialists and offered their services to the driver. Honda & Audi alleged to be linked to other road accidents

The second half of the video then cuts to show footage from a recent driving dispute in Tanah Merah.

The Honda was seen braking intermittently despite the traffic light being green. As a result, the bus travelling behind eventually collided with the Honda.

The folks behind SG Road Vigilante also collated clips concerning the black Audi. The vehicle had reportedly been involved in multiple accidents throughout Singapore. 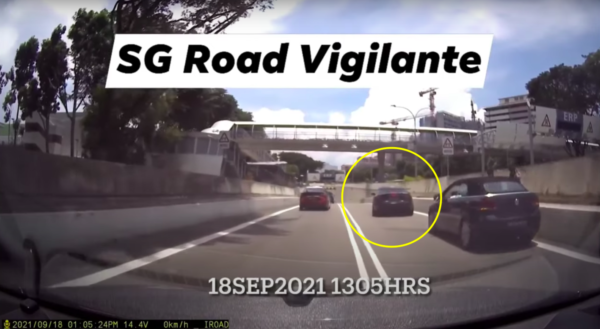 Though it wasn’t explicitly stated, the various incidents linked together in the video seem to suggest that there could be more to this than meets the eye.

Many netizens pointed out that the claims specialists could be part of a scam syndicate.

Additionally, they also suspected that the yellow Honda in question could be the same one as the car that was involved in a driving dispute in Tanah Merah. 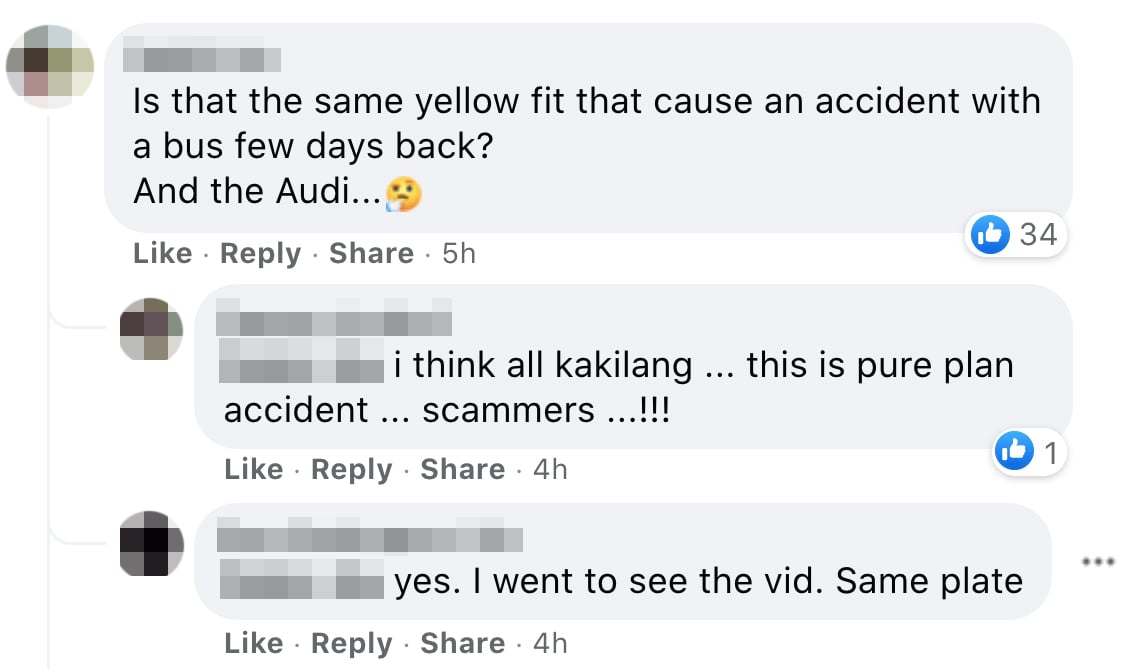 One driver who was apparently approached by the same group said the claims specialists left immediately after he told them he had relatives who were lawyers.

Some also hope the authorities will track the individuals down and put a stop to their activities.

MS News has reached out to the companies listed in the post for comments and will update the article accordingly when they get back.

Hope authorities will look into this

As concerns are raised regarding these claim specialists, we hope that authorities can look into the incident to allay further worries.

Meanwhile, do be careful when you’re on the road. Be wary of strangers approaching you offering help, as they could have ulterior motives.