CNY Yarn Toppers Go Missing At One-North, Volunteers Who Made Them Seek Their Return 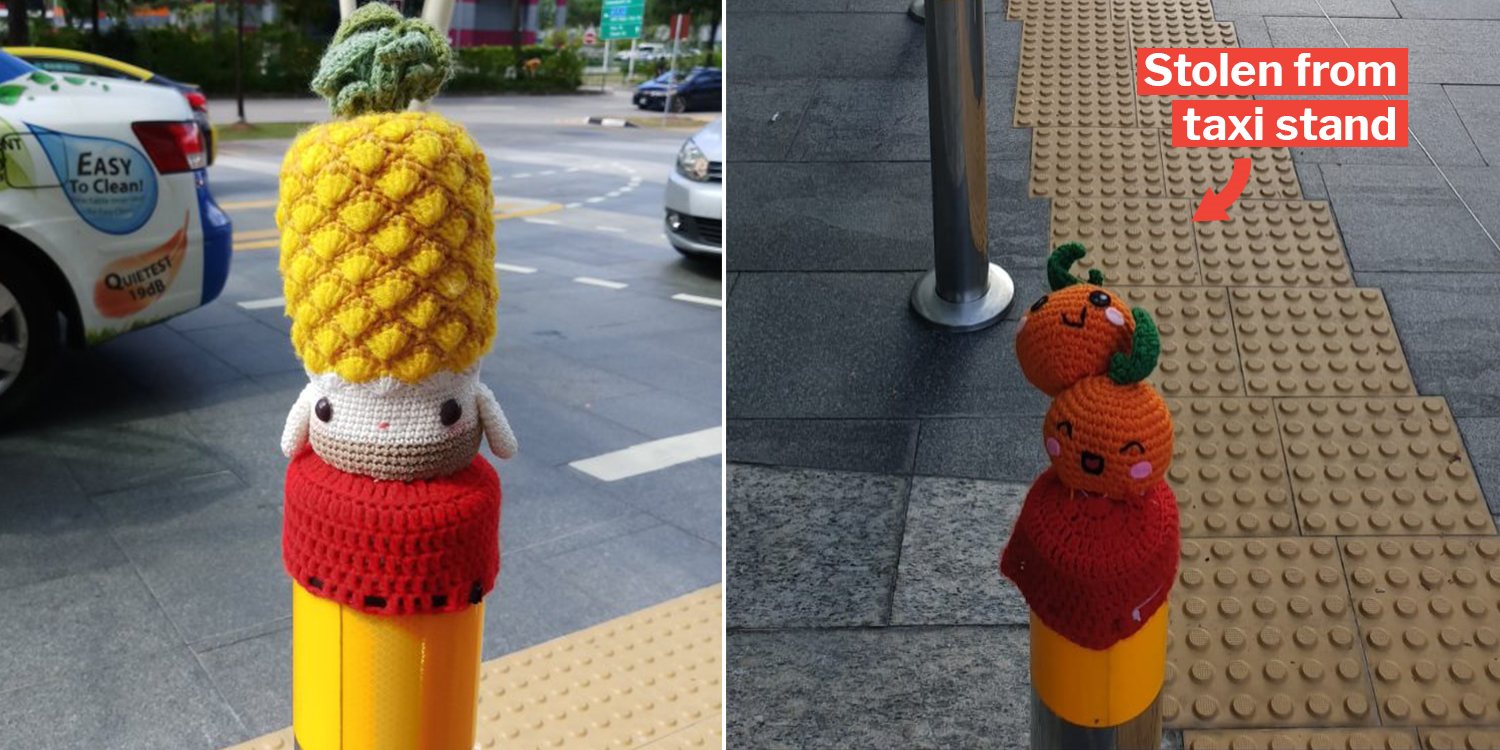 They were made by volunteers.

For every Singaporean, the familiar sight of CNY decorations indicates the start of the festive season, urging us to do our new year shopping.

For Yarn Bombing Singapore, however, their thoughtful initiative to install their CNY decorations around the island backfired.

On 19 Jan, they found out that their yarn toppers were stolen and reached out to Singaporeans via a Facebook post to return the missing pieces.

A yarn topper is a DIY “hat” for safety poles, intricately weaved out of yarn.

From pineapples and goldfishes to rats and mandarin oranges, the yarn toppers adorn the bollards with bright red colours and adorable cartoon figures. 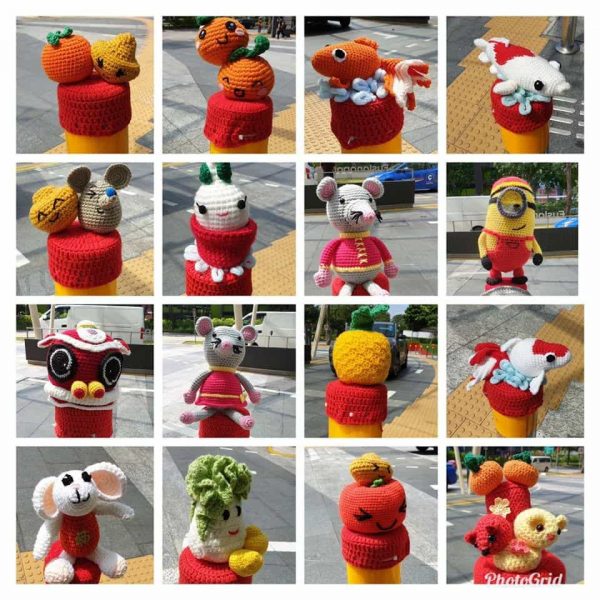 One can imagine how painstakingly long it takes to make each topper.

However, many still volunteered their time and effort, contributing to this heartwarming community project. Furthermore, the toppers were gathered from across the island with varying collections dates which goes to show how much work has been put into it.

For these volunteers’ hard work to go missing so suddenly is such a heartbreaking plight.

Why we can’t have good things

According to Yarn Bombing SG’s Facebook post, a few of these yarn toppers were, unfortunately, “ratnapped” at the taxi stand of Fusionopolis 1. 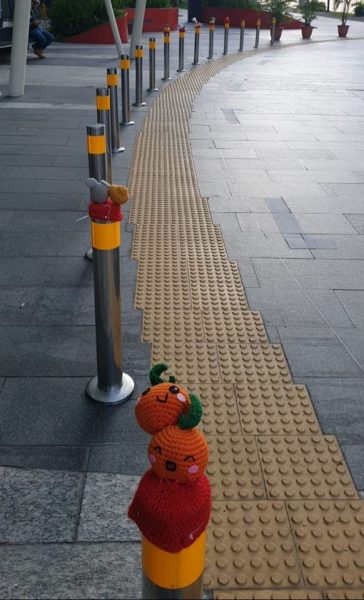 To the dismay of netizens on Reddit, they are currently still missing, citing the theft as “ugly behavior” by Singaporeans.

Many empathise with those that volunteered, only to see their yarn topper stolen.

This sheds light on how some Singaporeans remain unappreciative of the “good things” and are perhaps not ready for them.

Despite this ill-fated occurrence, Yarn Bombing SG expresses their belief in the good of humanity, which was what initially drove their decision to make the installation public. 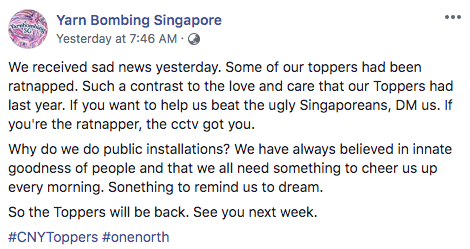 With deep trust in the integrity of Singaporeans, they are urging the thieves to return them by this week.

A timely reminder to be more gracious

In this festive season, we can be more gracious in the way we behave in shared spaces.

Perhaps, we can also learn to be appreciative of the little things around us, including the day-to-day CNY decorations.

We wish Yarn Bomber SG all the best in retrieving their CNY toppers.