Must Share News – Independent News For Singaporeans
Home Inspiration S’porean Couple In Melbourne Gets Married In 4 Hours, Right After City... 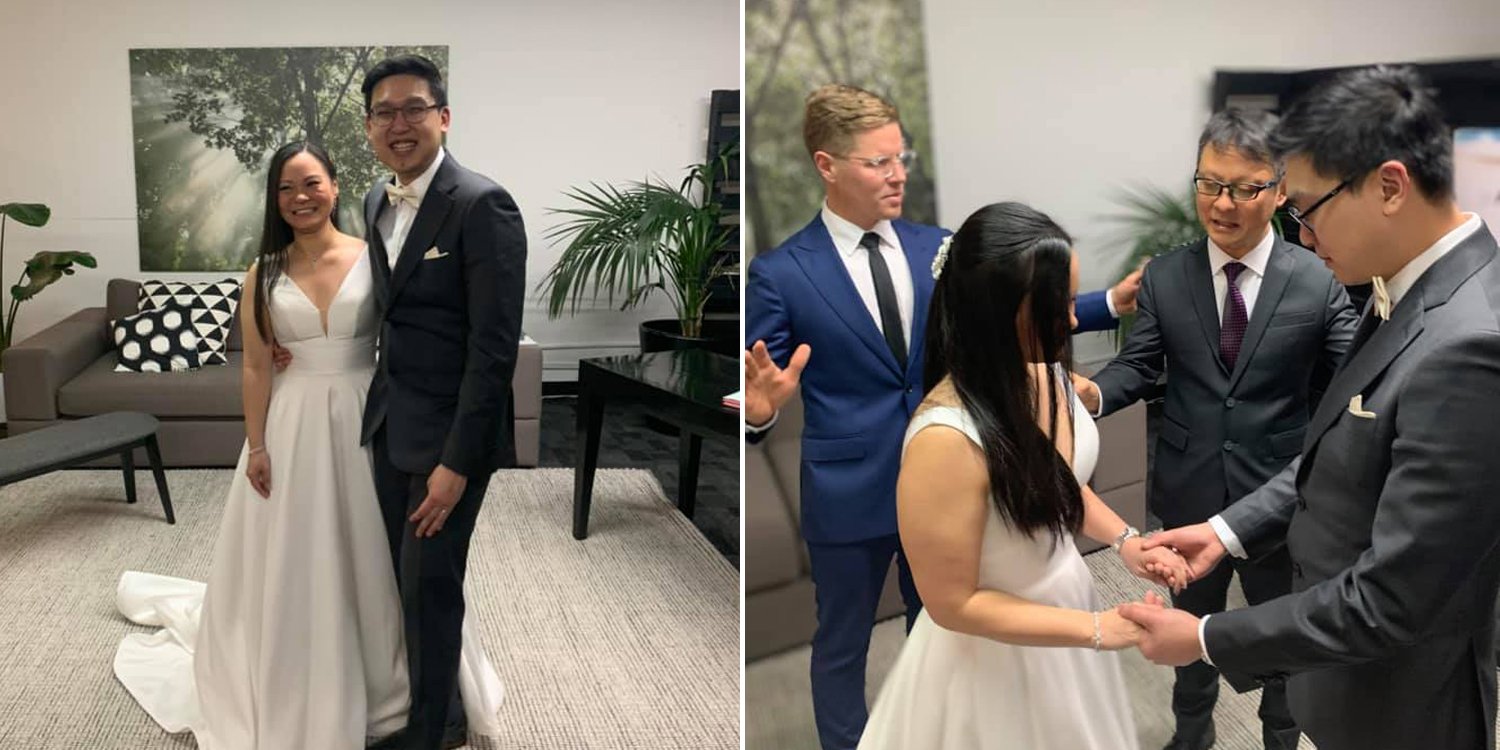 They say nothing stands in the way of true love. For a Singaporean couple living in Australia, it was Melbourne’s Stage 4 lockdown.

Edmund Choo and Amy She Min were scheduled to get married on a Saturday (8 Aug). But Melbourne’s declaration of the Covid-19 lockdown yesterday (2 Aug) had thrown a spanner in the works of their union. 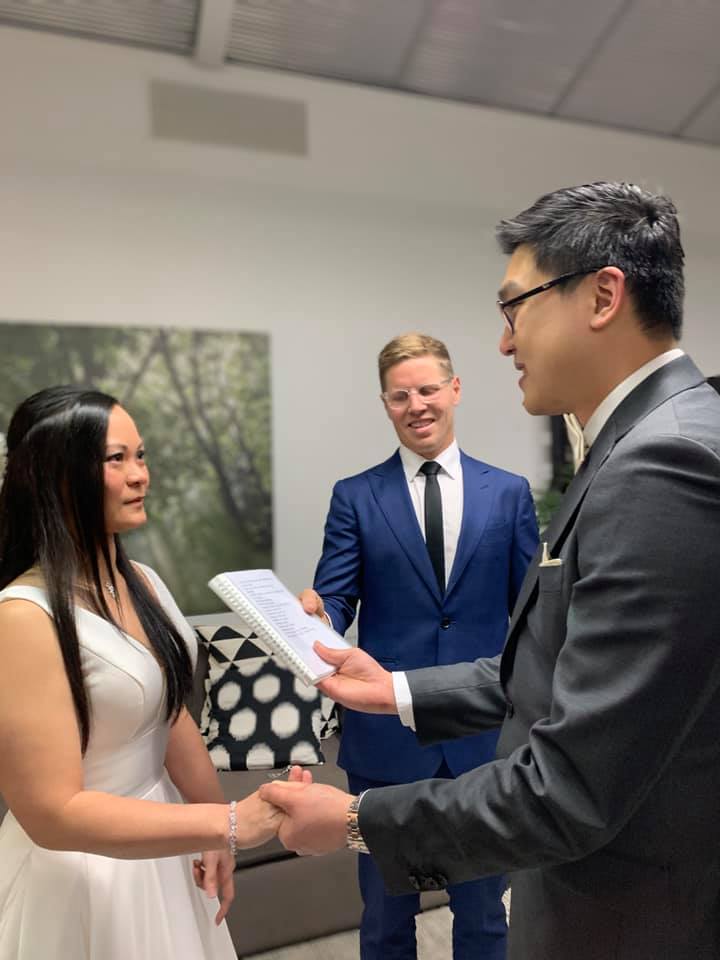 Fortunately, the quick-thinking couple managed to put together a wedding in just 4 hours. They also made it home safely right before the city’s 8pm curfew started.

Couple raced against time to get married before lockdown

Yesterday, Melbourne announced its shift towards Stage 4 lockdown after 671 Covid-19 cases were reported the past day. They would also put into effect a night curfew for 6 weeks until 13 Sep.

The new restrictions meant that people in Victoria would only be able to leave their home once a day for essentials and exercise.

The about-to-be-wedded couple had to pivot — and fast.

Luckily, the groom had his trusty brothers by his side — Felix and Victor Choo.

Felix Choo, the eldest brother, told MS News that in less than hour after the announcement, he got a text the soon-to-be-groom, asking if he would be able to be a witness to his matrimony at an earlier time: “If today or Wednesday, can you make it?” 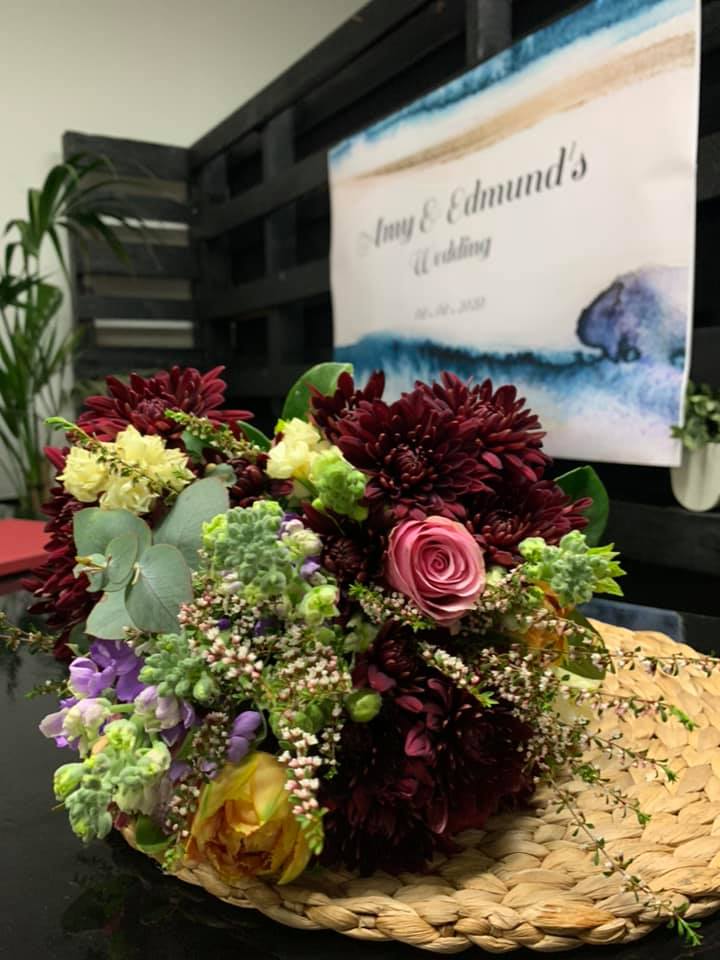 On this note, Mr Choo replied “yes!” in a heartbeat. The ballot had been cast for the day itself.

Only 5 people were allowed at the wedding under Stage 3 restrictions at that point in time. This encompassed the bridal couple, the marriage celebrant (i.e pastor), and 2 witnesses.

Their middle brother, Victor, due to restrictions had stayed at home and co-ordinated the virtual meeting as well as alerted all friends and relatives.

Felix had told MS News that he was one of the witnesses, alongside the bride’s father. 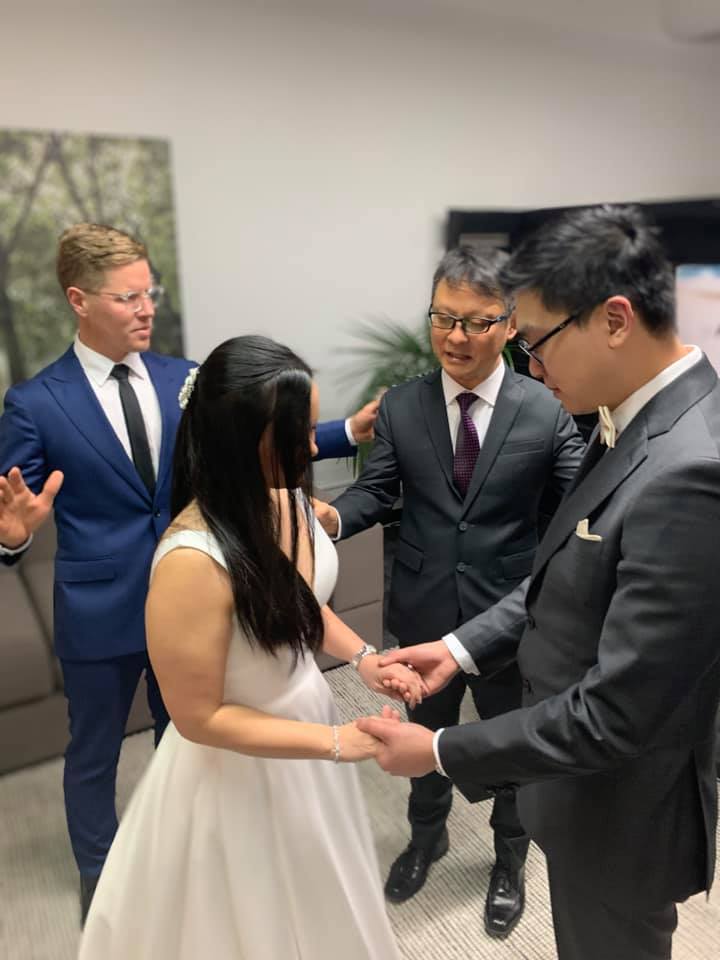 On this note, Felix wasted no haste in getting down to planning for the near-impossible and drafting an action plan of his own — picking up his kids, buying KFC, putting them at home and gathering up required logistics.

The camera may be only half charged, but not his resolve. 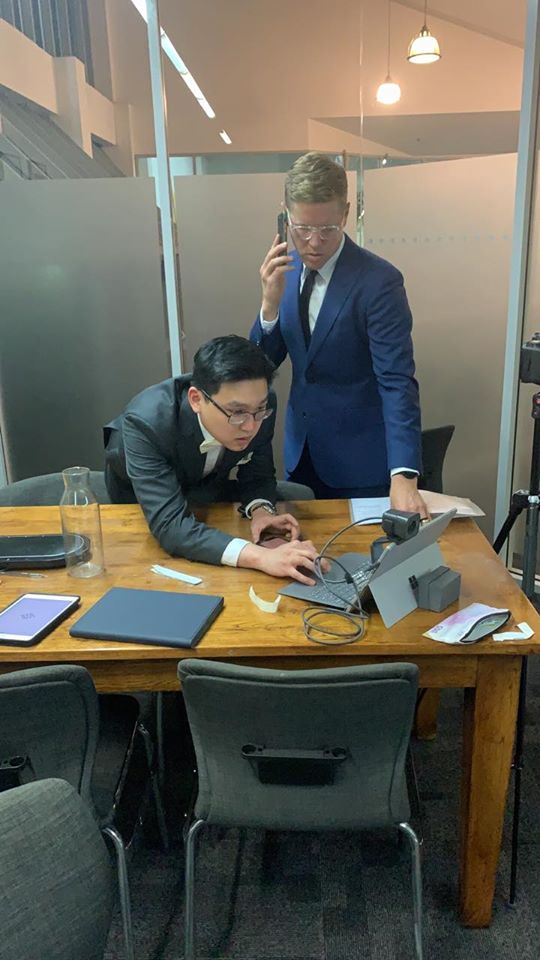 From 5.30pm, both Felix and Edmund commenced a 2-man wedding set up. They moved the furniture and established the camera set up, all in dapper suits to boot.

However, the path of matrimony is not always smooth sailing. The ceremony had to finish within the the next 1.5 hours.

In this time, multiple technical problems surfaced, inclusive of the Bluetooth and hotspot connection. Not everything was set up as they should, Felix recalled. However, he pressed on.

Very soon at 6pm, the blushing bride had arrived. 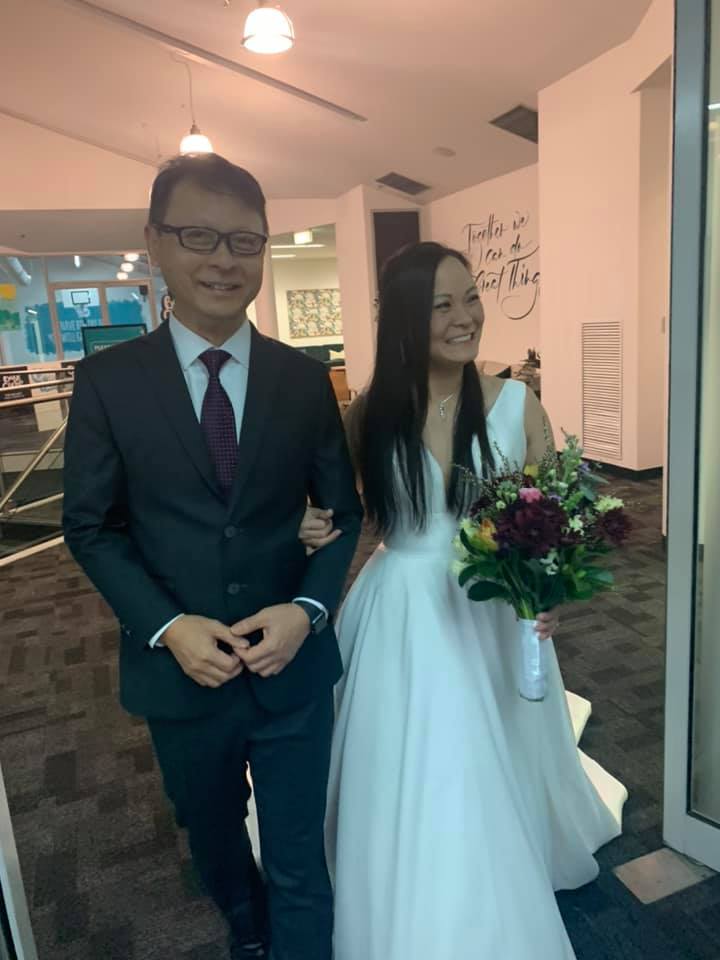 All kinds of shooting was involved that night — technical troubleshooting, and the very feat of shooting for the stars in wedding a couple in the middle of an impending lockdown.

And yet, against all odds, at 7pm, the efforts of the motley crew had paid off.

Felix and the team have officially married the couple who refused to let a pandemic stand in their way. 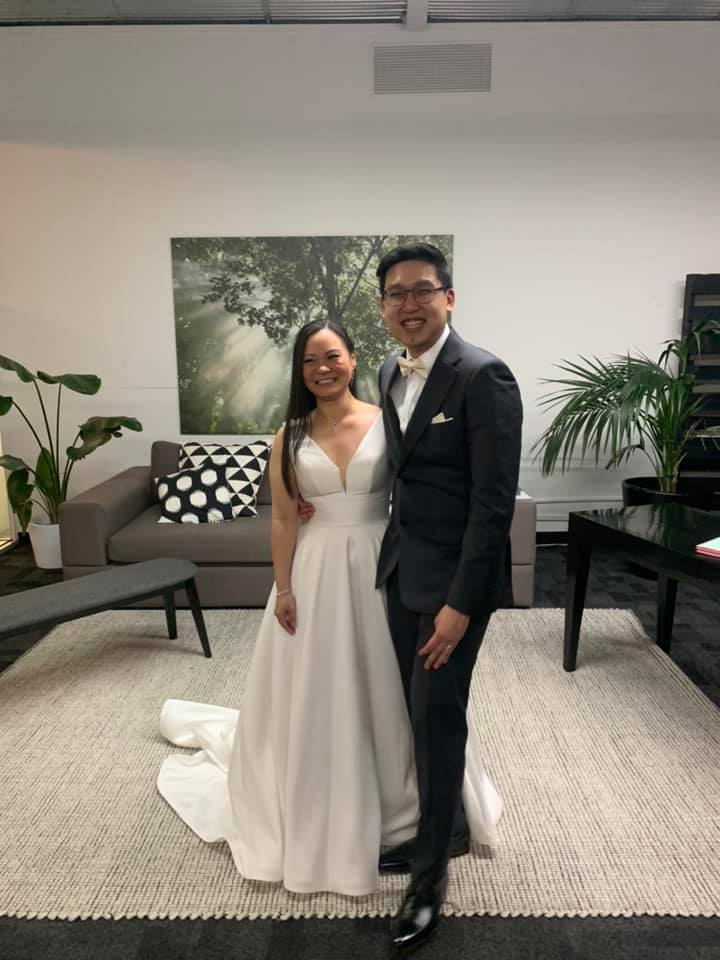 That did not mean that everyone can finally breathe however.

At 7.20pm, everyone had to pack up and evacuate. If they did not reach home by 8pm, they will all be slapped with a hefty fine.

Forgot to give ang pao

Pulling another miracle stunt, Felix managed to reach home with 10 minutes to spare. Although, now without realising that he forgot to give the newly wedded couple his ang pao.

Luckily there will still be a tea ceremony held after the lockdown, so he will get his chance again soon.

Love triumphs all, even a lockdown

Felix’s account of his brother’s marriage is a testament of how love ultimately prevails — both the couple’s commitment towards each other, and Felix’s dedication to help make it happen for the family he loves.

“Even the pastor dropped everything to make it to this wedding for them!” he said.

MS News wishes the newly wedded couple a life of everlasting happiness together.