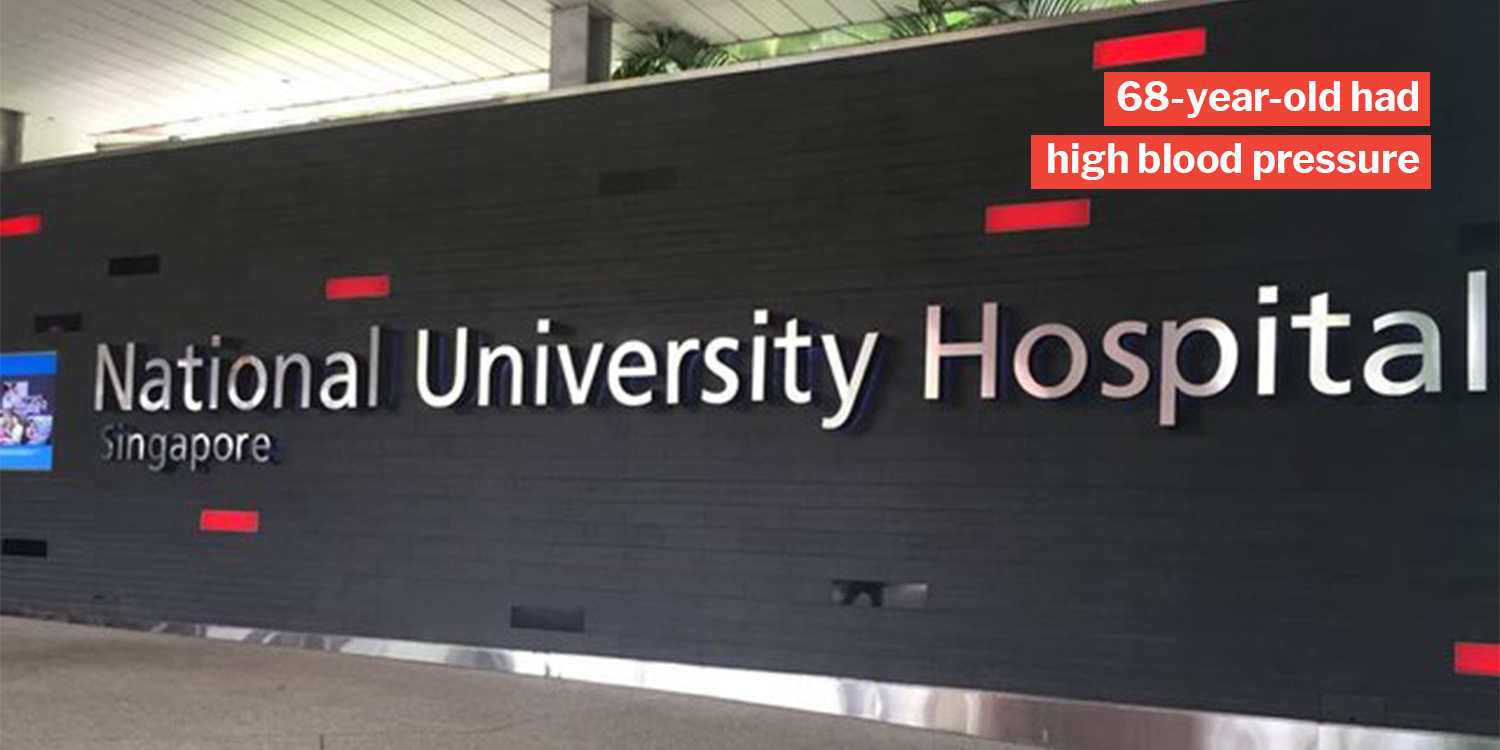 MOH Announces 486 New Covid-19 Cases On 11 May, 1 More Death Due To Complications 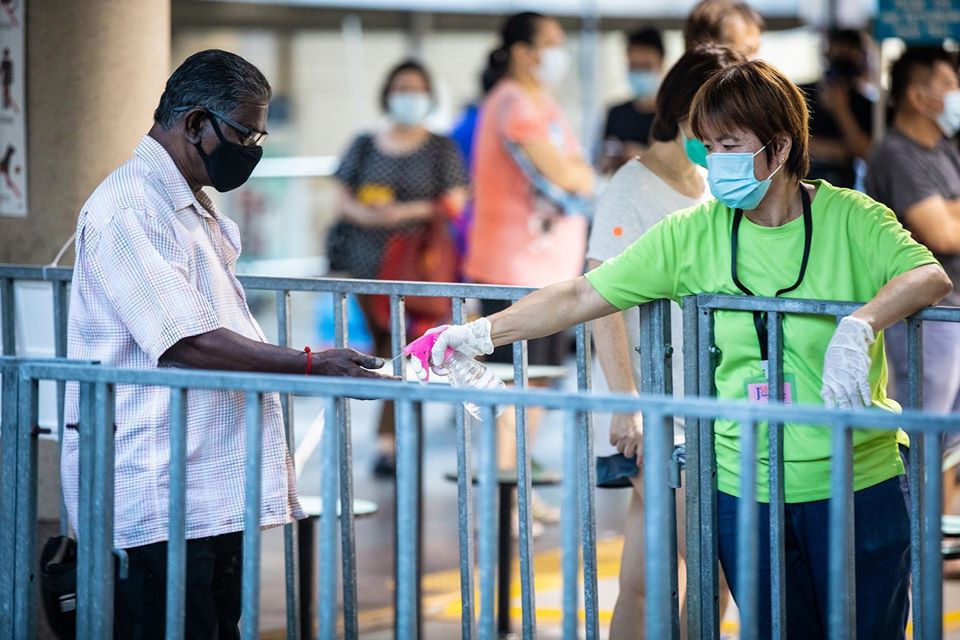 Additionally, MOH reported 2 deaths — 1 related to Covid-19, and the other, an Indian national, was diagnosed with the virus after his death on 9 May.

There are now 21 deaths directly related to Covid-19 in Singapore, and 7 who tested positive after their deaths.

He had a history of high blood pressure as well as high cholesterol, and was warded at the National University Hospital since 5 Apr.

The hospital is giving his family assistance during this time.

53-year-old dies from heart attack on 9 May

MOH also announced that a 53-year-old Indian national died on Saturday (9 May), from a heart attack.

Case 23550 had a cardiac arrest and was sent to Sengkang General Hospital, but couldn’t be saved. Test results on 10 May showed that he had Covid-19 before his death, but he doesn’t count in the death statistics.

There are 3 new Covid-19 clusters. These are:

47 Senoko Drive is the site of a construction company, while both Tuas South Apartments and 566 Woodlands Road are sites of worker dormitories.

This is a drastic drop in the daily new cases from the past week of 3 to 10 May, where the average number was 805.57.

MOH explained that one of the laboratories processing tests is “re-calibrating its apparatus”. 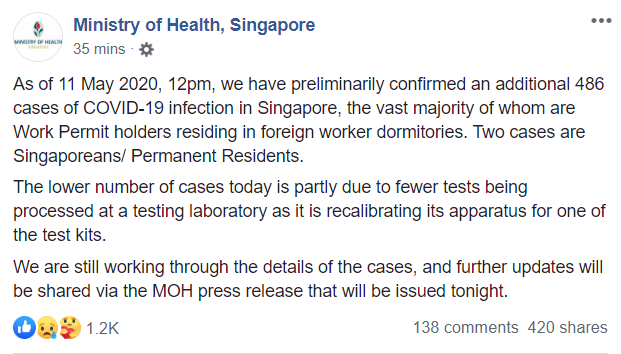 On Sunday (10 May), they announced that there were 33 false positive tests from a certain laboratory, and they’ve stopped testing to fix the issues.

It’s not known if the lab processing fewer tests is the same one that had false positive results.

Most of the new cases involve migrant workers living in dormitories, as authorities ramp up testing among workers even with no symptoms.

MS News offers our condolences to the families of the 2 who died.