MOE Shares ‘Twin Cinema’ Poem By A Teacher About Covid-19, Wants Us To Look At Different Viewpoints

Teachers often use literature to impart values you can’t get elsewhere. By reading about characters and their varying moral compasses, they can gain different perspectives that they wouldn’t normally get.

The Ministry of Education (MOE) shared the poem, entitled Gone Viral on their Facebook page on Saturday (22 Feb) and spread its wings, it has. 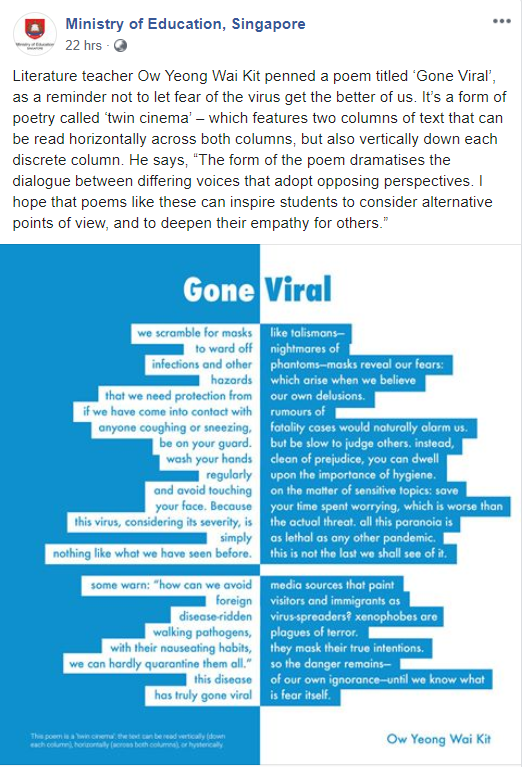 Here’s an enlarged version of the poem. 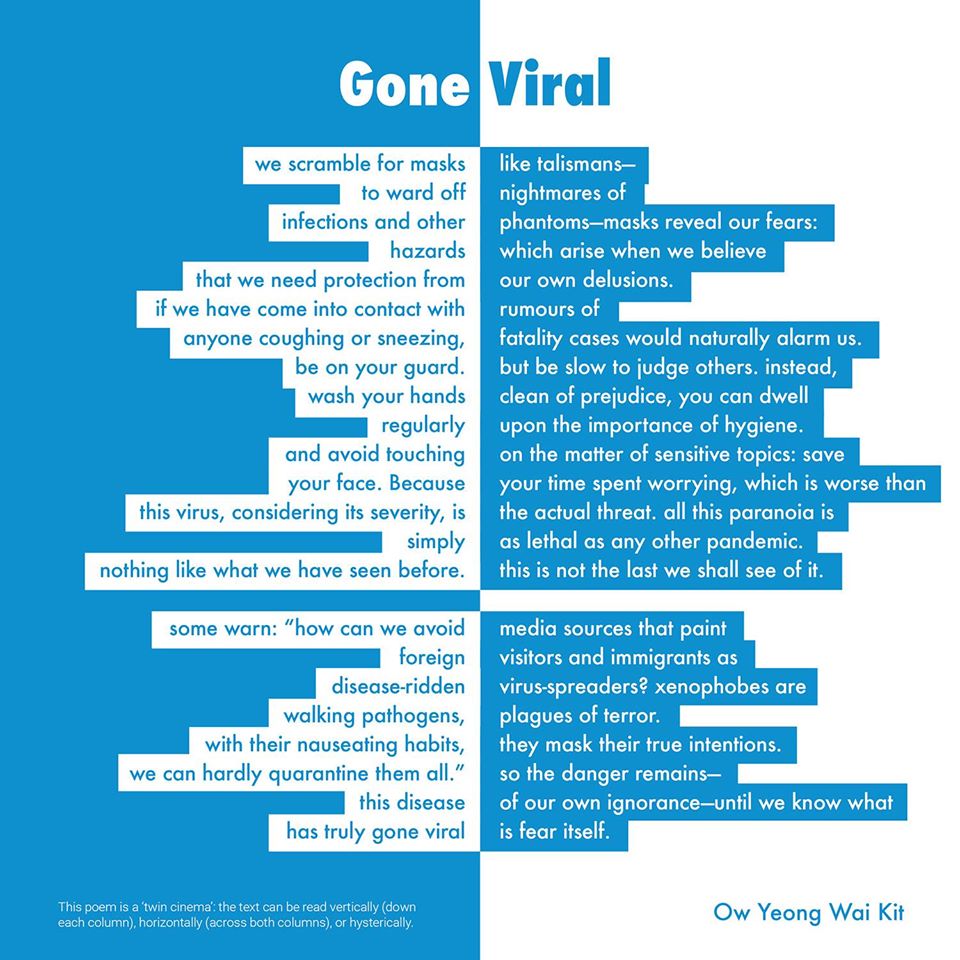 A “twin cinema” poem features 2 columns, and can be understood vertically or horizontally – and as the picture humorously points out, hysterically as well.

As is often the case with poems, they can be read in several different manners. Even the title, “Gone Viral”, may have multiple meanings.

“Gone Viral” is a poignant look at various viewpoints

The poem depicts at least 2 different perspectives – the left column, read downwards, appears to be from the viewpoint of someone who’s concerned about the coronavirus spread. 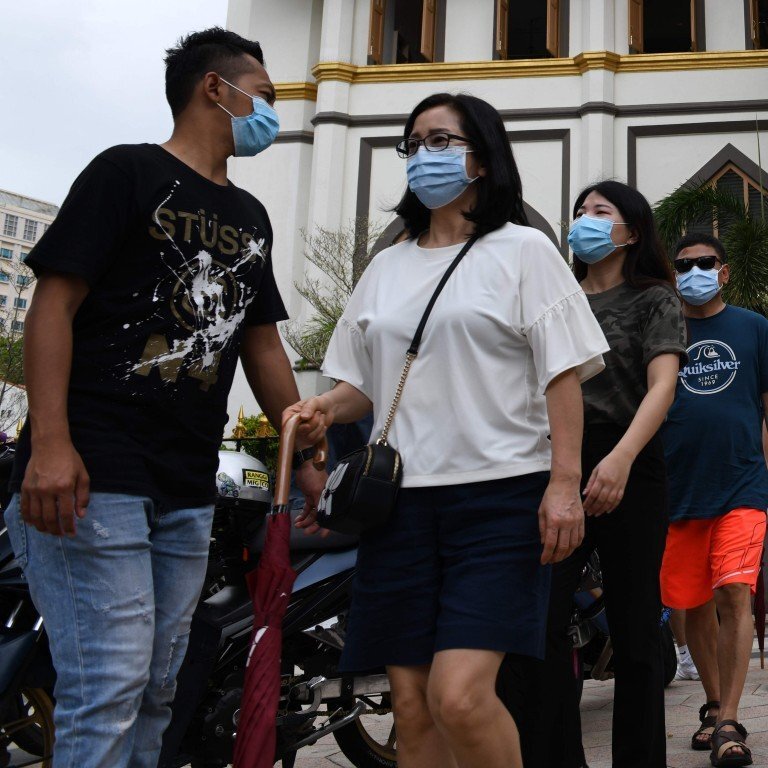 Vaguely xenophobic, this metaphorical person alludes to foreigners with the line “foreign disease-ridden walking pathogens, with their nauseating habits”.

Meanwhile, the right column warns instead of the hysteria that’s gripped some Singaporeans, as opposed to the virus itself.

It also calls out the “xenophobes” and “media sources that paint visitors and immigrants as virus spreaders”.

When read from left to right, the take is far more measured – it combines both the practicality of the left and the denouncing of the “xenophobes” on the right.

In bringing out these contrasting viewpoints in a single poem, the author wants to allow students to see different points of view and thus consider where they may be coming from.

This is empathy in a nutshell.

We should never be too quick to judge – be it the panic-buyers or those who look upon them with disdain – and always try to see where they’re coming from when they have a certain view.

Kudos to MOE and Mr Ow Yeong for sharing and composing the poem respectively! They prove that schools can teach us more than how to get good grades.