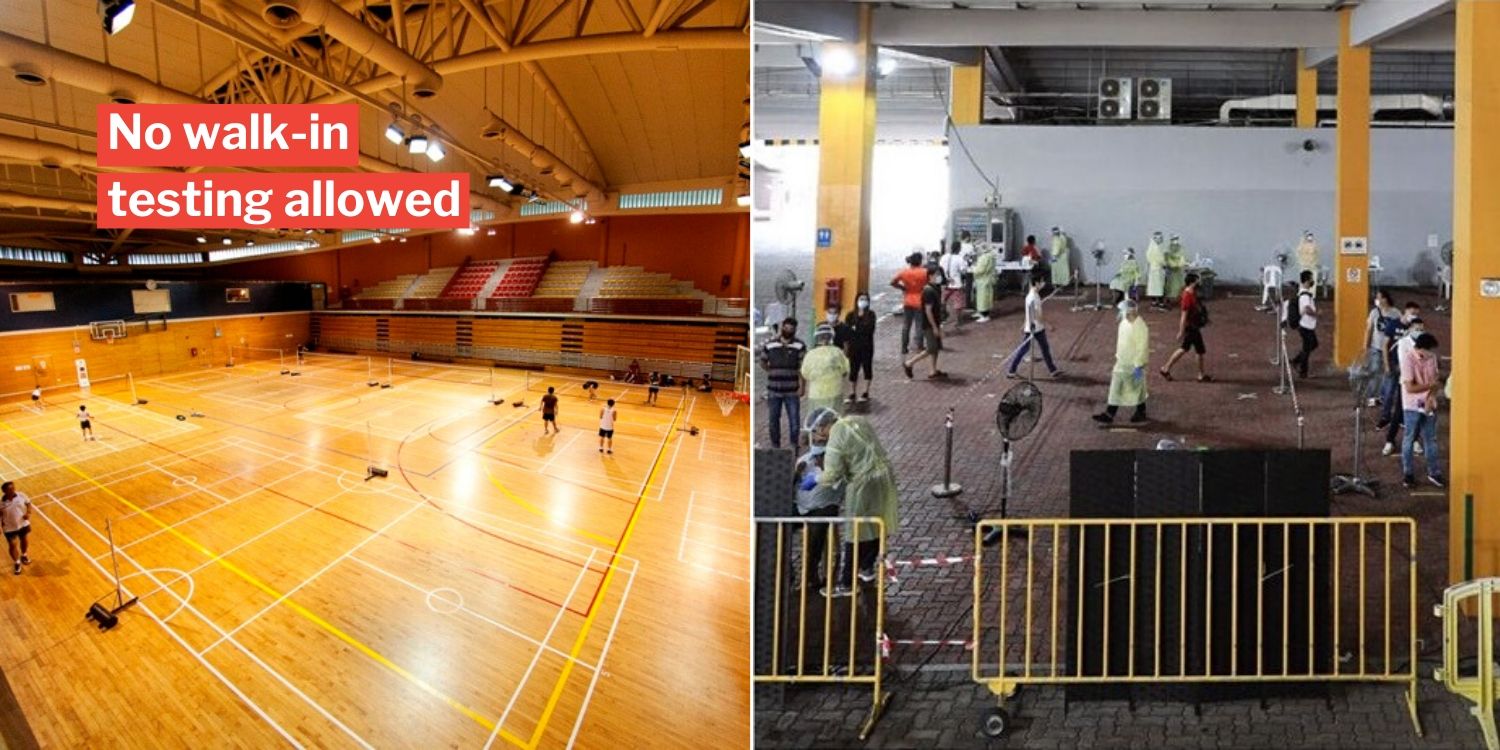 More centres will be set up as necessary.

One major challenge of Covid-19 containment is the the presence of asymptomatic carriers, who can be infected with the virus but are totally unaware of it, as they show no symptoms.

Thus, mass testing is an important way to track down these carriers and isolate them before they can infect others, and the Government is currently doing so with specific groups of people, i.e. those in essential jobs who are more likely to infect others.

In order to conduct mass testing, a few facilities have been set up in Singapore across Singapore where those in these targeted groups can be tested — and they include sports halls in Bukit Gombak, Bishan and one more coming soon in Bedok. 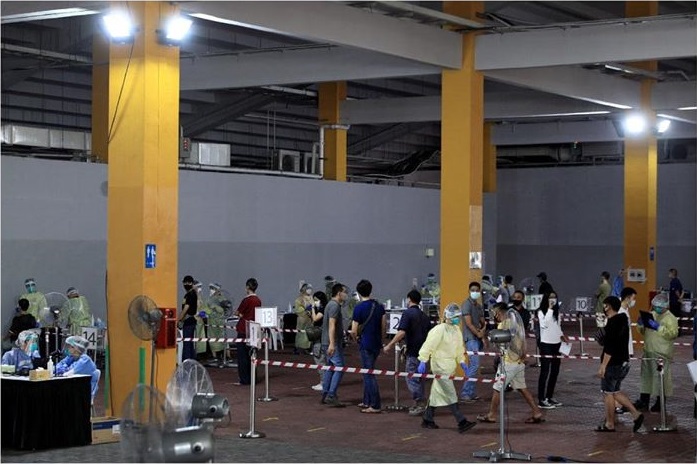 In a press release on Monday (8 Jun), the Ministry of Health (MOH) revealed that what it calls Regional Screening Centres (RSCs) were set up at temporary sites in May for the testing of pre-school staff as a precautionary measure before pre-schools reopened.

However, in June, RSCs were opened at other sites, with location a priority to support those who need to be screened.

2 of these RSCs opened on 2 Jun. They are at The Float @ Marina Bay and the Old Police Academy.

Here’s what the one at The Float @ Marina Bay looks like: 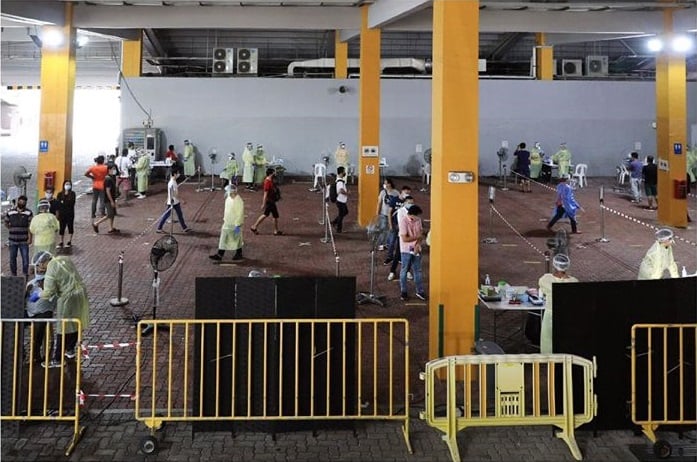 As we can see, there are strict safe-distancing measures implemented. The MOH also said that proper infection-control measures will also be followed.

According to Senior Minister Teo Chee Hean in a Facebook post on Monday (8 Jun), the RSC at The Float @ Marina Bay is open from 9am to 4pm and can test 1,500 people a day. 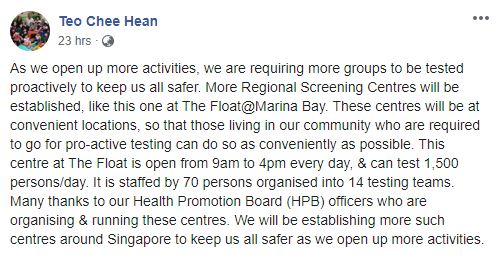 On Tuesday (8 Jun), 2 more RSCs were opened. One of them is at Bukit Gombak Sports Hall, to serve residents in the west. The other one is in Bishan Sports Hall, for those who live in the central area: 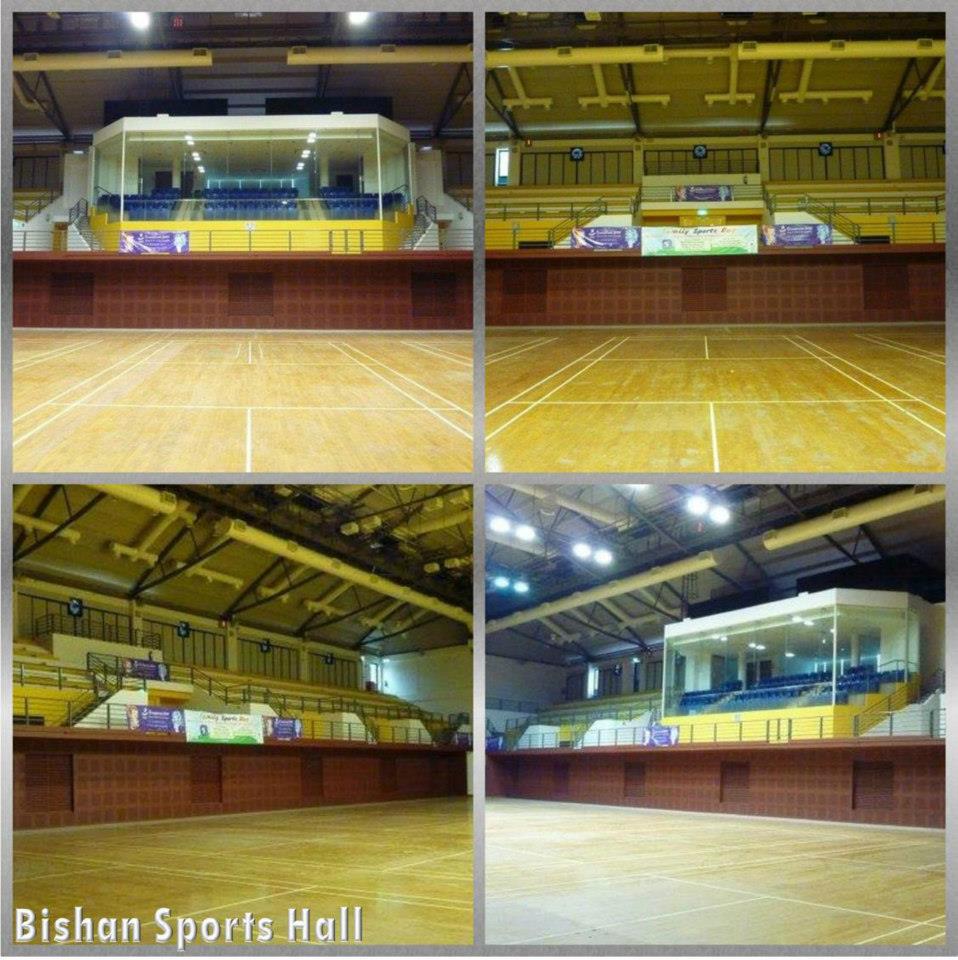 As for those who live in east, another RSC will be set up at 2 Bedok North Street 2, which formerly was the sports hall of the Singapore Sepak Takraw Federation.

A drive-through testing centre has also been set up at One Farrer Hotel, in collaboration with partners from the private sector. 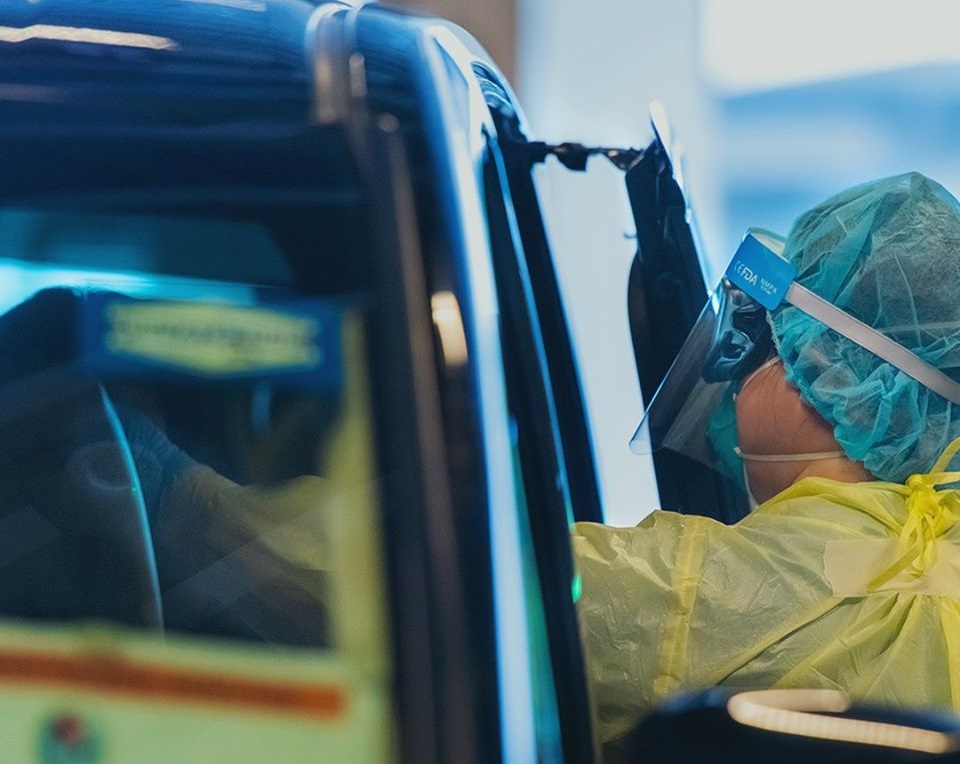 More RSCs are planned for suitable locations across Singapore if they are deemed to be needed, MOH said.

However, although it would be convenient for members of the public who are worried about their status to visit these RSCs to get themselves tested, these RSCs do not accept walk-in screening requests for now.

Those who have symptoms of Covid-19 should still go to their doctors, who can refer them to RSCs if needed. 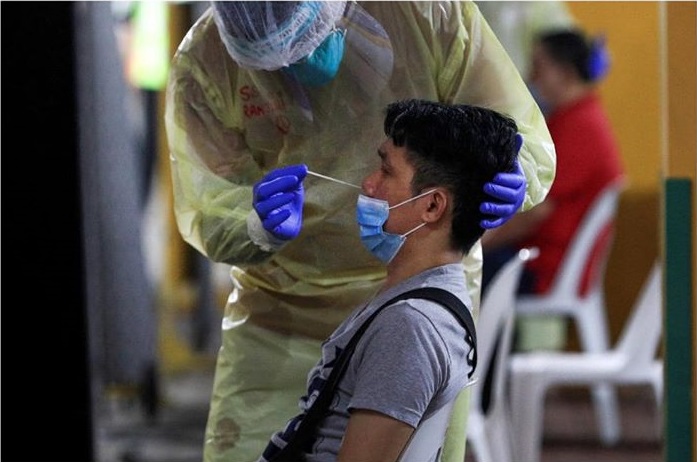 While the proactive testing of asymptomatic carriers will help to contain the spread of the virus, MOH says infection-control measures are still the main way to prevent more people from being infected.

That means ordinary Singaporeans who aren’t being tested and don’t feel ill still have to practise safe distancing and have good personal hygiene.

Let’s work towards keeping the number of infections down so we can go to Phase 2 as soon as possible.