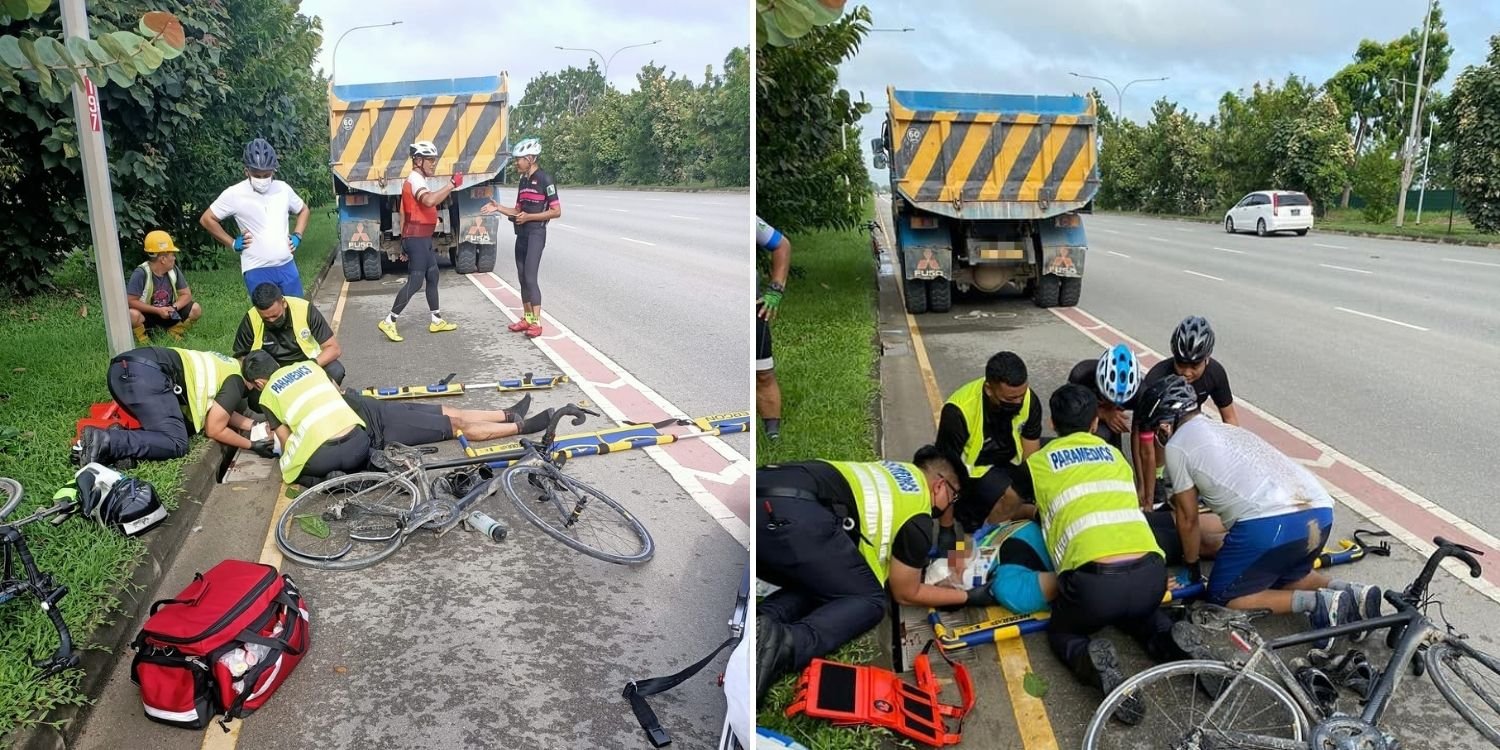 With guidelines restricting the number of people allowed to gather due to the Covid-19 pandemic, many Singaporeans have since picked up cycling.

This comes as more cycling paths are being built so Singaporeans can enjoy the inexpensive form of exercise.

However, as cycling paths become more common, it seems the public also needs to be educated that they shouldn’t be using them for non-cycling purposes.

When people do that, accidents like this will happen – where a cyclist crashed into a stationary truck on Tanah Merah Coast Road. 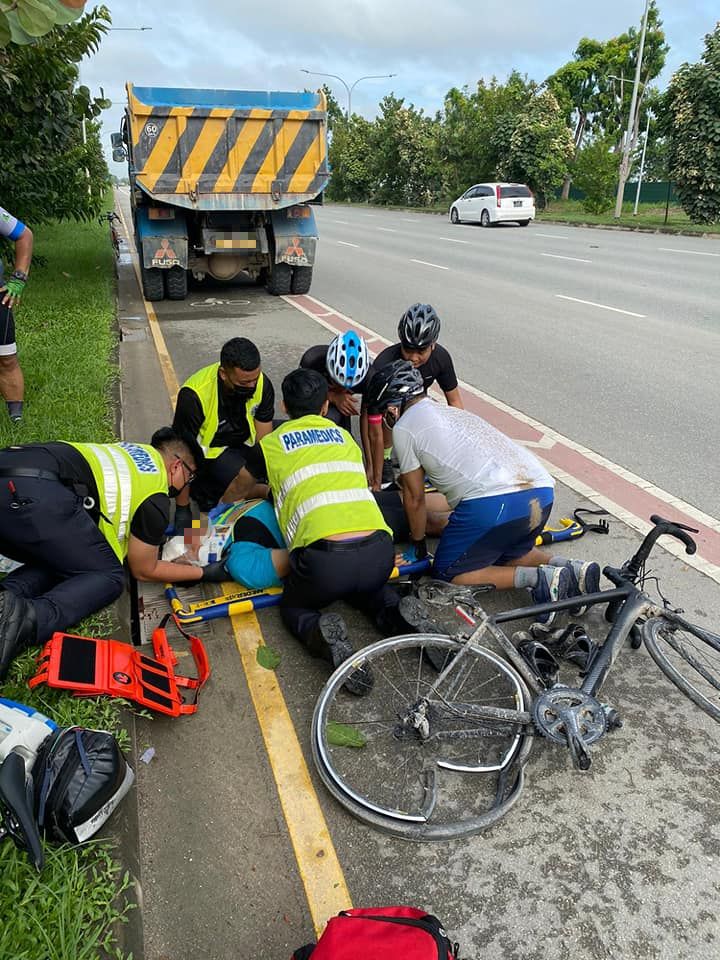 According to a post on the incident in the SG PCN Cyclist Facebook group, the truck was parked in a designated cycling lane.

The post on Saturday (9 Jan) said the accident happened at 9.15am that day, on a cycling lane on Tanah Merah Coast Road in the direction towards the East Coast Parkway.

From Google Maps Street View, the far-left lane of the road appears to be a cycling path, which is demarcated from the rest of the road by a red divider.

There’s also a sign indicating that it’s a cycling path.

From the photos posted, there’s a similar lane on far-left of the road that’s demarcated by a red divider, and a truck is parked there.

A man in cycling gear is lying on the road, being attended to by paramedics. A bike, which appears to be slightly mangled, is lying next to him. 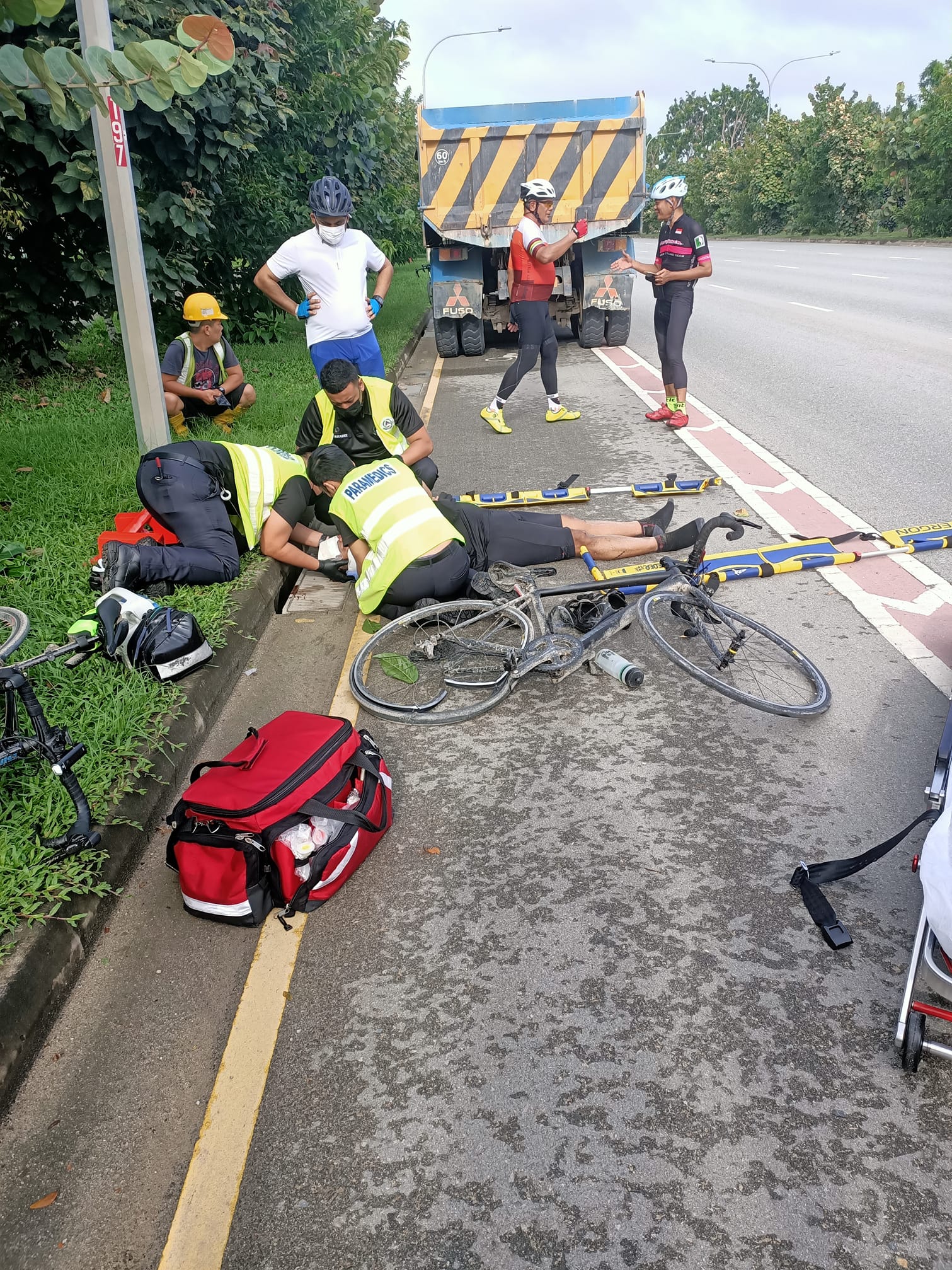 There are also other cyclists in the photos who’re either looking on or seem to be trying to help. It’s uncertain whether they know the cyclist.

According to the OP, the cyclist didn’t notice that the truck was not moving.

He subsequently crashed into its rear end. Due to this incident, he also cautioned other cyclists to be aware of their surroundings.

In response to queries by MS News, the Singapore Civil Defence Force (SCDF) said they were alerted to a road traffic accident on Saturday (9 Jan) at 9am.

An update by the ROADS.sg Facebook page said that the cyclist was 45 years old, and the Singapore Police Force (SPF) were alerted to the accident at around 8.55am.

The cyclist was conscious when he was sent to hospital.

Though they’re quite a number of cyclists in Singapore now, it seems some people just aren’t sure what they’re allowed to do.

However, we’re quite sure that cyclists are allowed to cycle on cycling paths that are designated for them to cycle on. As such, vehicles shouldn’t be parking there.

However, if you cycle, do be alert for vehicles blocking your path that shouldn’t be there.