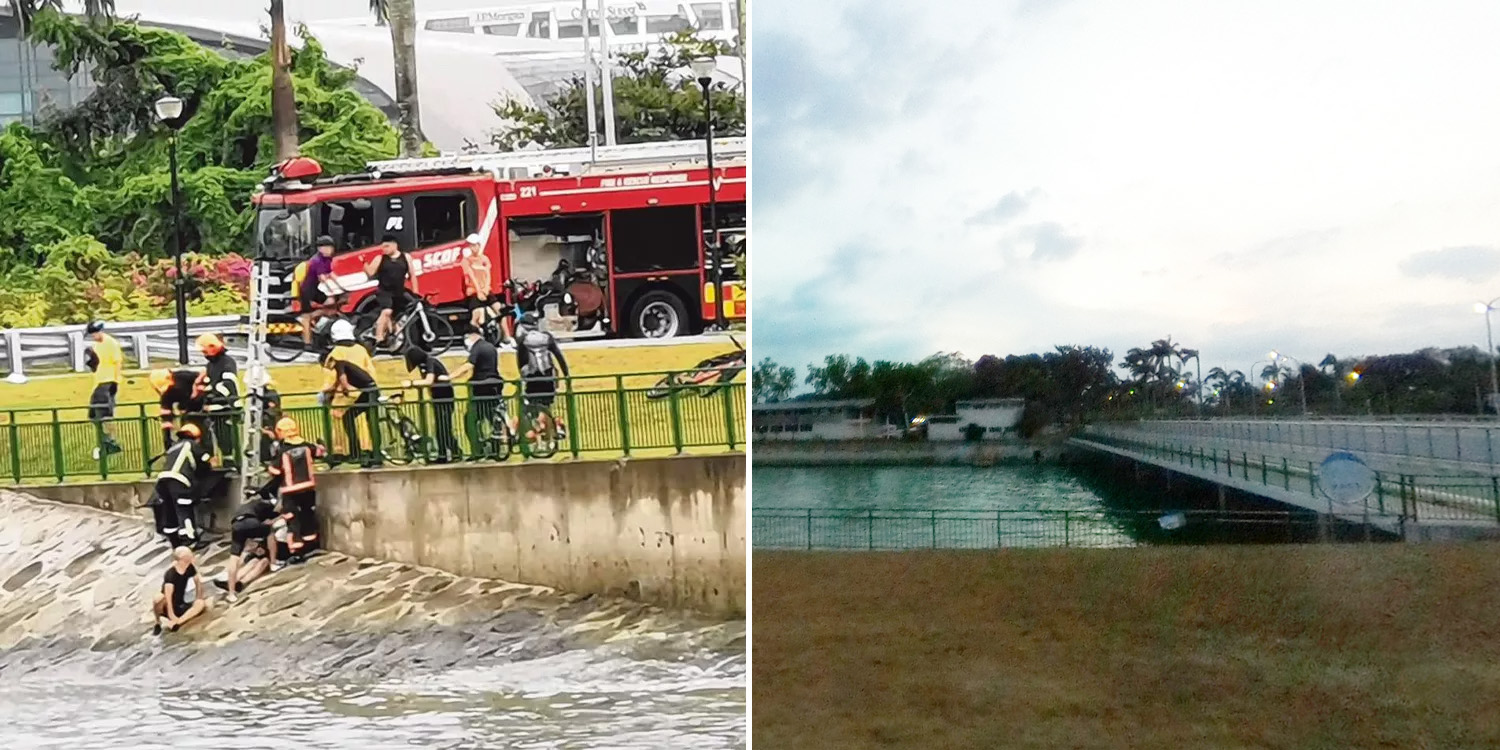 Currents swept him 250m away before he was rescued.

On weekends, East Coast Park is often crowded with cyclists enjoying a joyful ride with friends and family.

However, on Saturday (10 July), a cycling trip was momentarily derailed for a 60-year-old man who reportedly hit a fence. He was then thrown into a canal. 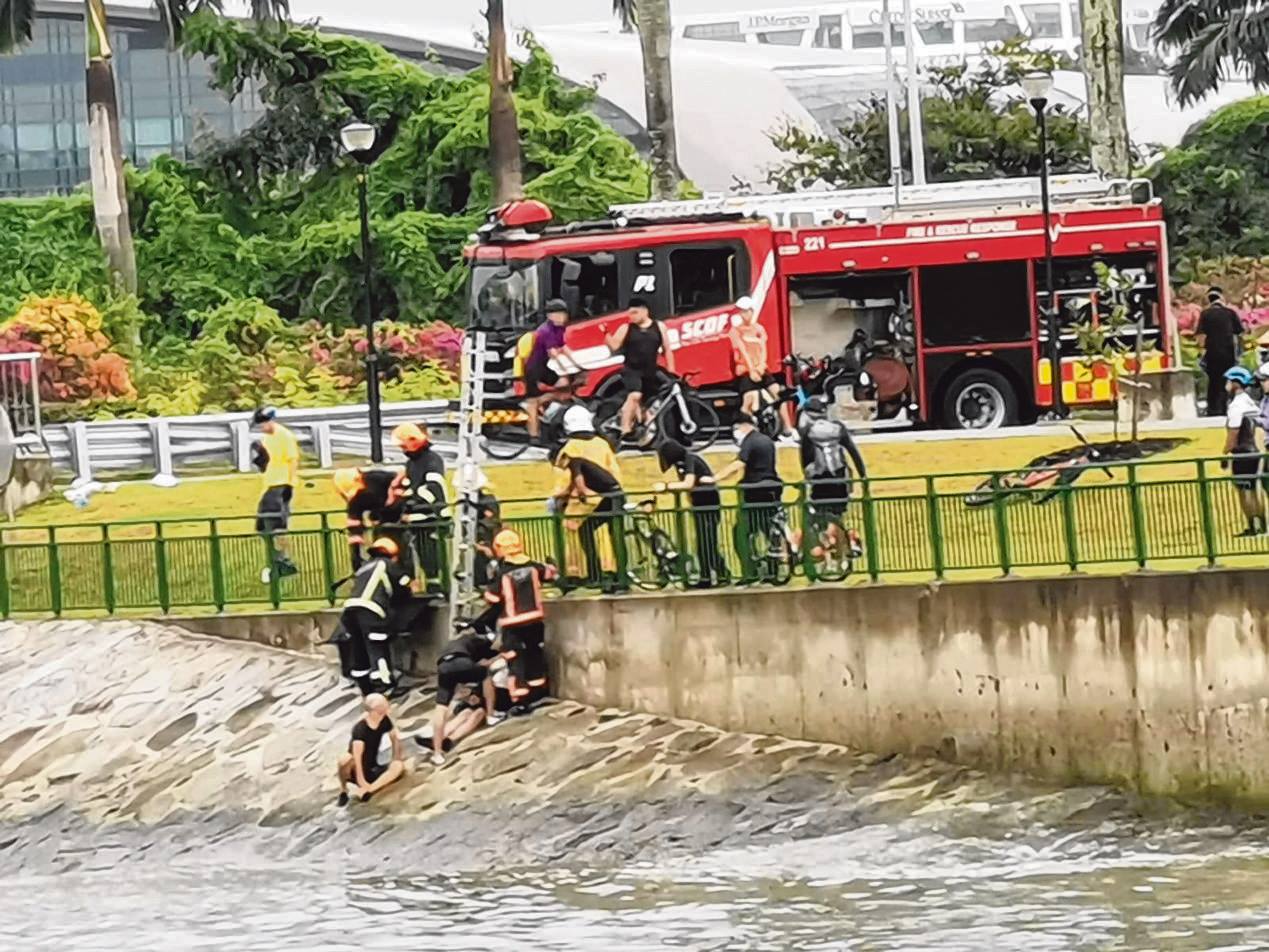 He was sent to Changi General Hospital for treatment.

Cyclist falls into a canal at East Coast Park

According to Lianhe Wanbao, the 60-year-old man was cycling with 2 friends at East Coast Park on Saturday (10 Jul) morning,

At about 9am, the man allegedly cycled at high speed before losing control of the bicycle and slamming into a fence.

Due to the impact, he was thrown off his bike and landed in a canal between the National Sailing Centre and the National Service Resort & Country Club (NSRCC). 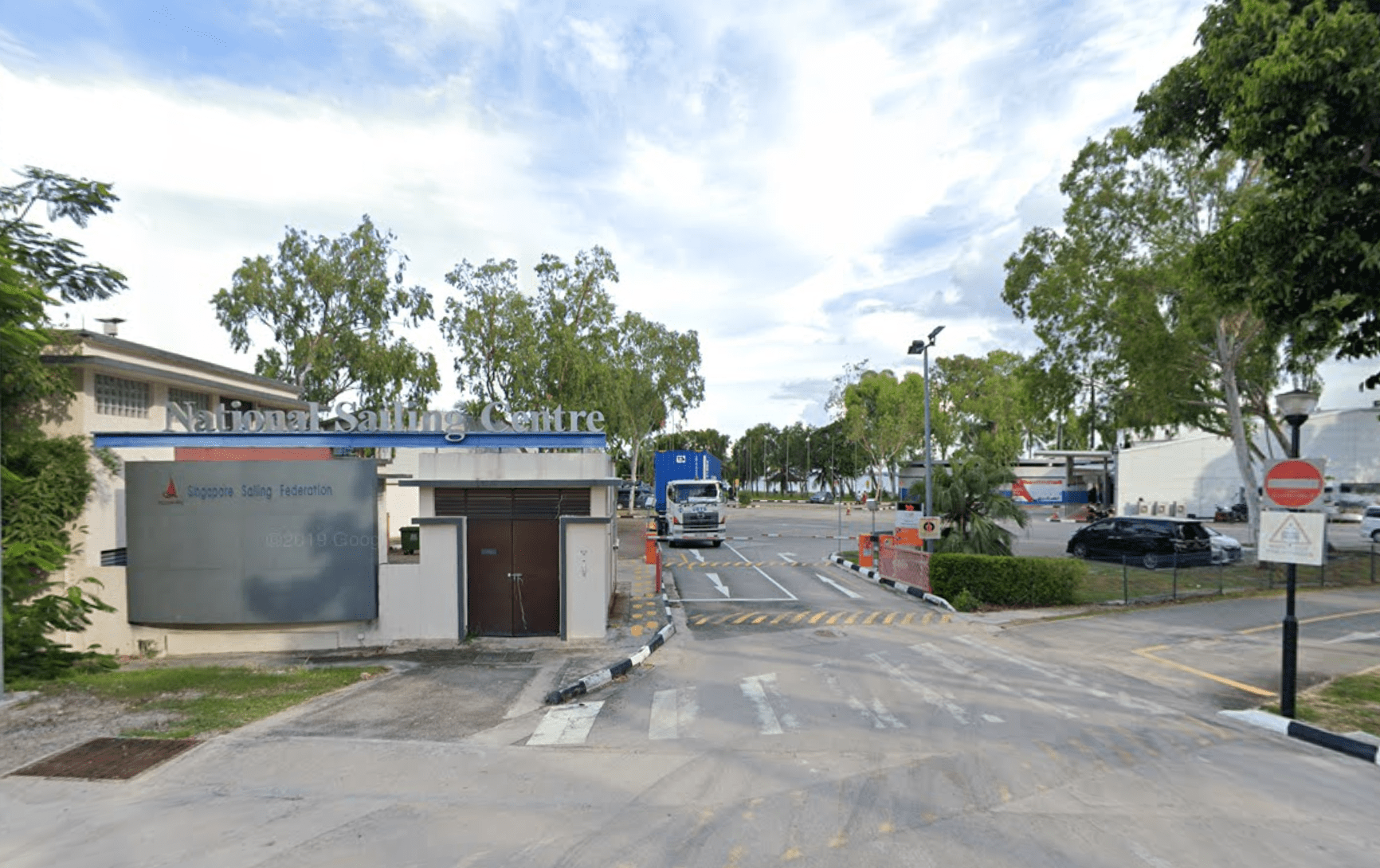 According to the staff at National Sailing Centre, the 60-year-old was struggling in the water. He appeared to have difficulty moving due to injuries.

The tide at the time of the accident was about 1.38m.

Friends could pull man out of the water

The 2 friends immediately jumped into the water to rescue the 60-year-old.

Eventually, they managed to pull him up from the waters by tying a rope around him at about 250m from where he first fell into the canal.

Resting on the slope of the canal, they waited for help as the 60-year-old cried in pain and couldn’t move his body.

According to Lianhe Wanbao, the high tide had cushioned the impact of the man’s fall, otherwise, he could have suffered injuries that were more severe.

SCDF rescues cyclist out of canal

SCDF was notified of the incident at about 9.10am on 10 Jul. Emergency Medical Service (EMS) medical personnel rushed to the scene and entered the canal to check the man’s injuries.

They attended to his wounds before placing him onto a stretcher.

Following that, SCDF officers used a ladder to climb down the canal and slowly lifted him with ropes. 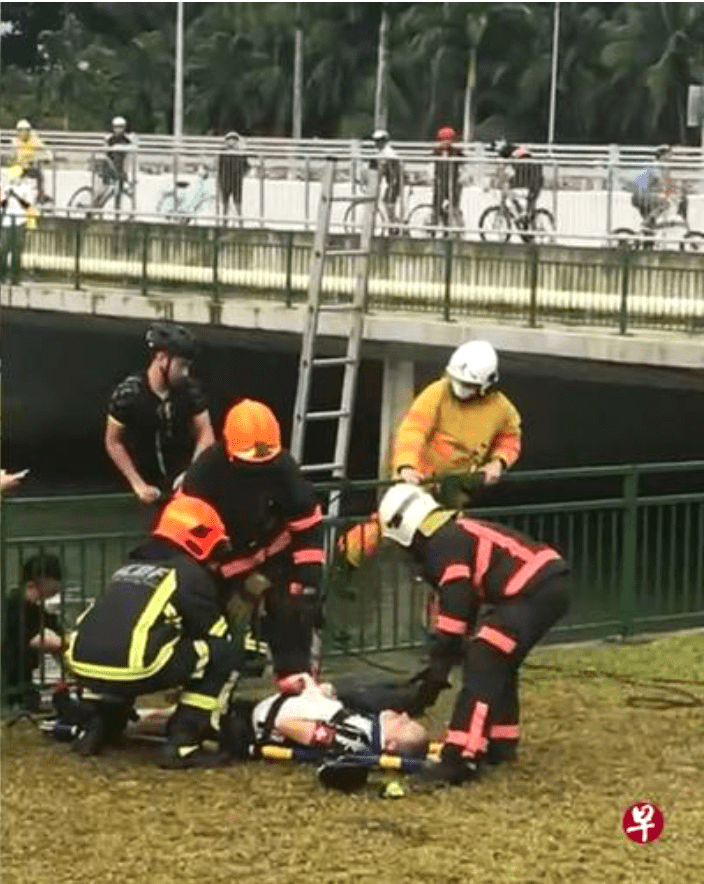 The man is suspected of having suffered a fracture at the waist and leg injuries, reported Lianhe Wanbao. He was sent to Changi General Hospital for treatment.

Wishing the cyclist a speedy recovery ahead

Kudos to the EMS and SCDF team for their prompt response as they successfully brought the man to safety.

While unfortunate, this accident is a reminder to cycle safely and within the speed limit at public spaces, including parks.

MS News wishes the cyclist a speedy recovery ahead.