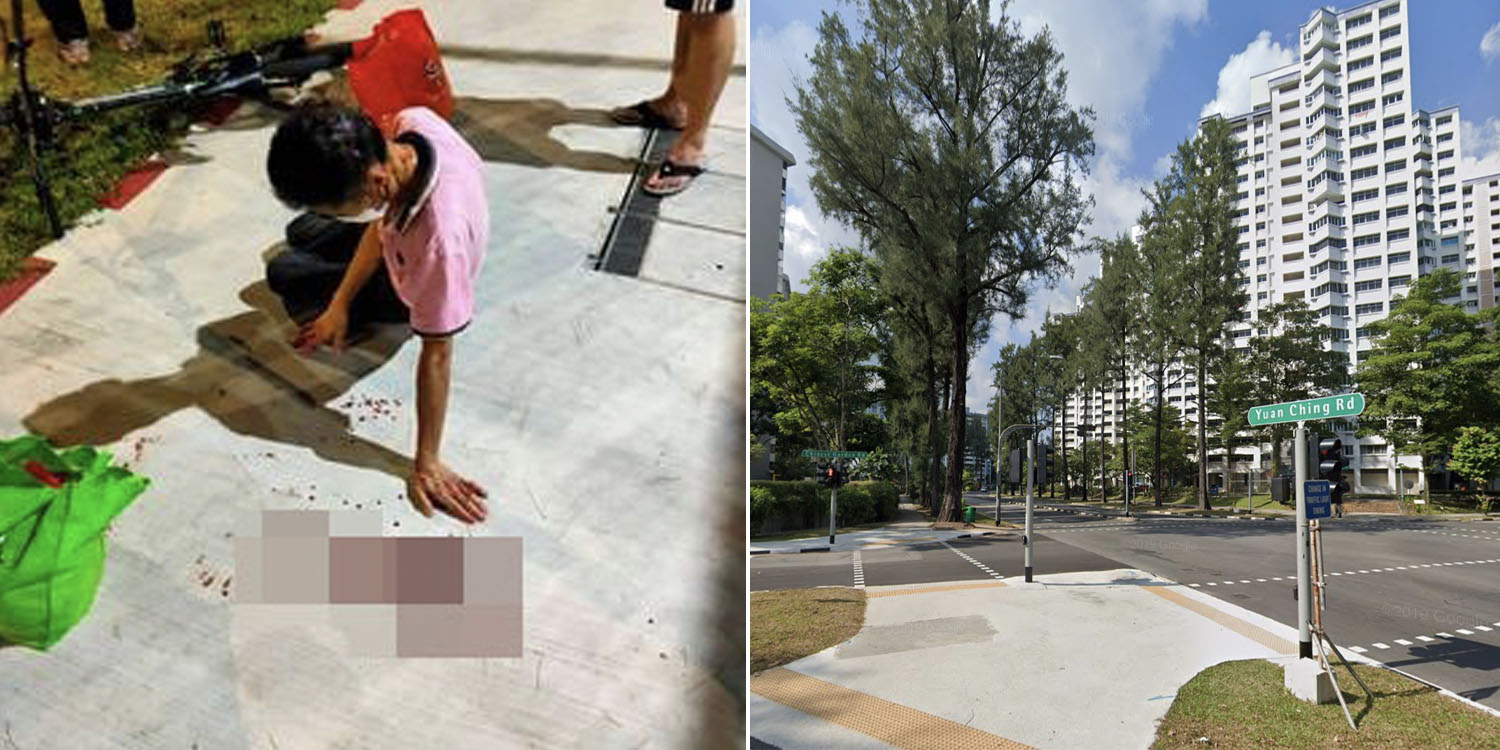 The cyclist was allegedly riding quickly while using her phone.

With more Singaporeans picking up cycling during the pandemic, it is getting increasingly common to see cyclists riding on pavements.

Unfortunately, this can be dangerous to both cyclists and pedestrians.

On Thursday (17 Jun), the ROADS.sg Facebook group shared that a 68-year-old man was hit by a bicycle while walking on a stretch of pavement in Jurong. 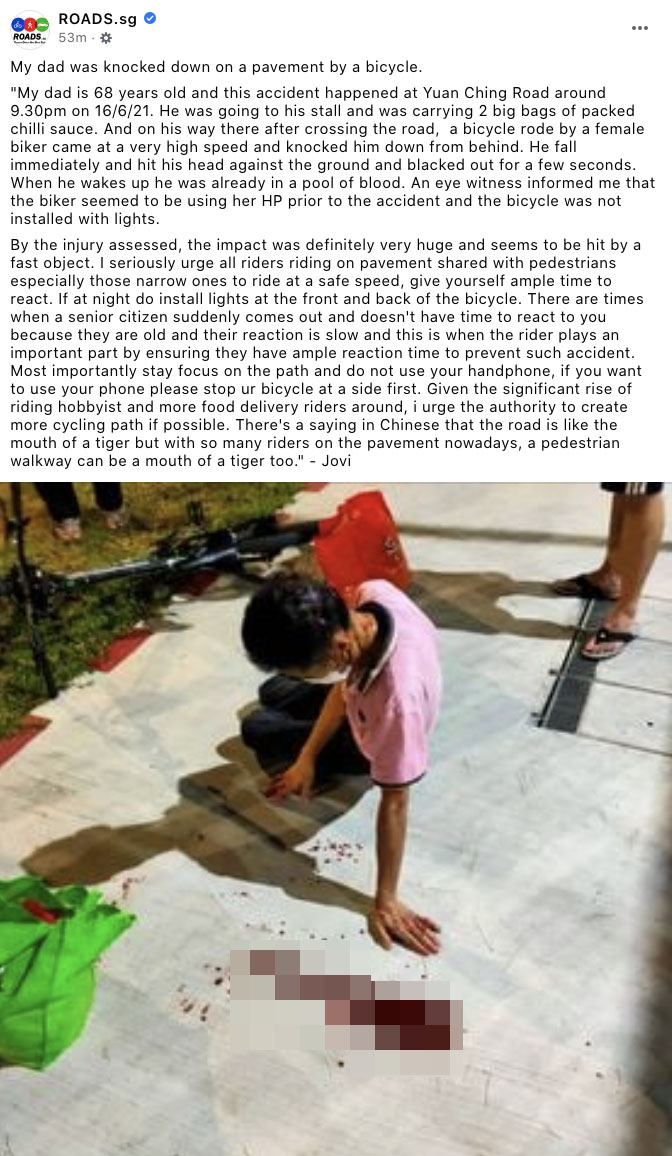 The impact was so strong that the senior fell to the ground and hit his head.

His son is now imploring all cyclists riding on shared pavements to ride at a safe speed and not to use their phones while doing so.

Bicycle hits man from behind on Jurong pavement

On Wednesday (16 Jun), the 68-year-old man was walking with 2 big bags when he was hit from the back by a bicycle. 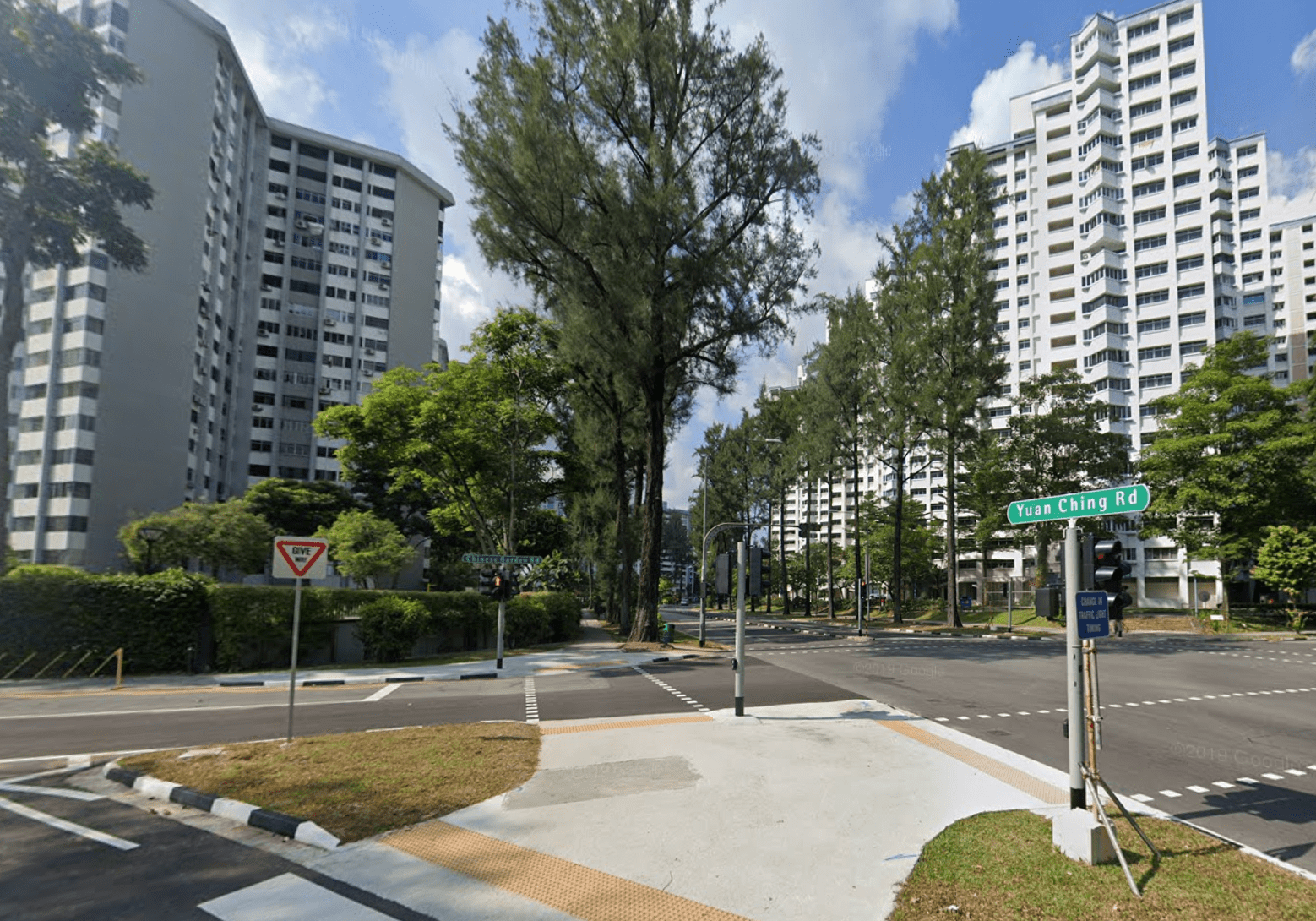 The incident reportedly happened at around 9.30pm along Yuan Ching Road.

According to the post, the female cyclist was riding at a quick pace, causing the man to fall immediately and hit his head against the floor.

The 68-year-old lost consciousness for a few seconds and found himself in a pool of blood when he awoke. 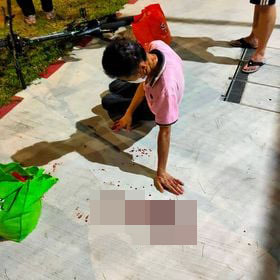 Later, an eyewitness told the man’s son that the cyclist appeared to be using her phone when the accident happened. The bicycle apparently did not have lights installed on it as well.

Son urges cyclists to be focused & ride at safe speeds

His son took the chance to implore all riders cycling on shared pavements to travel at a safe speed, especially on narrow pavements. This would allow them to have ample time to react. 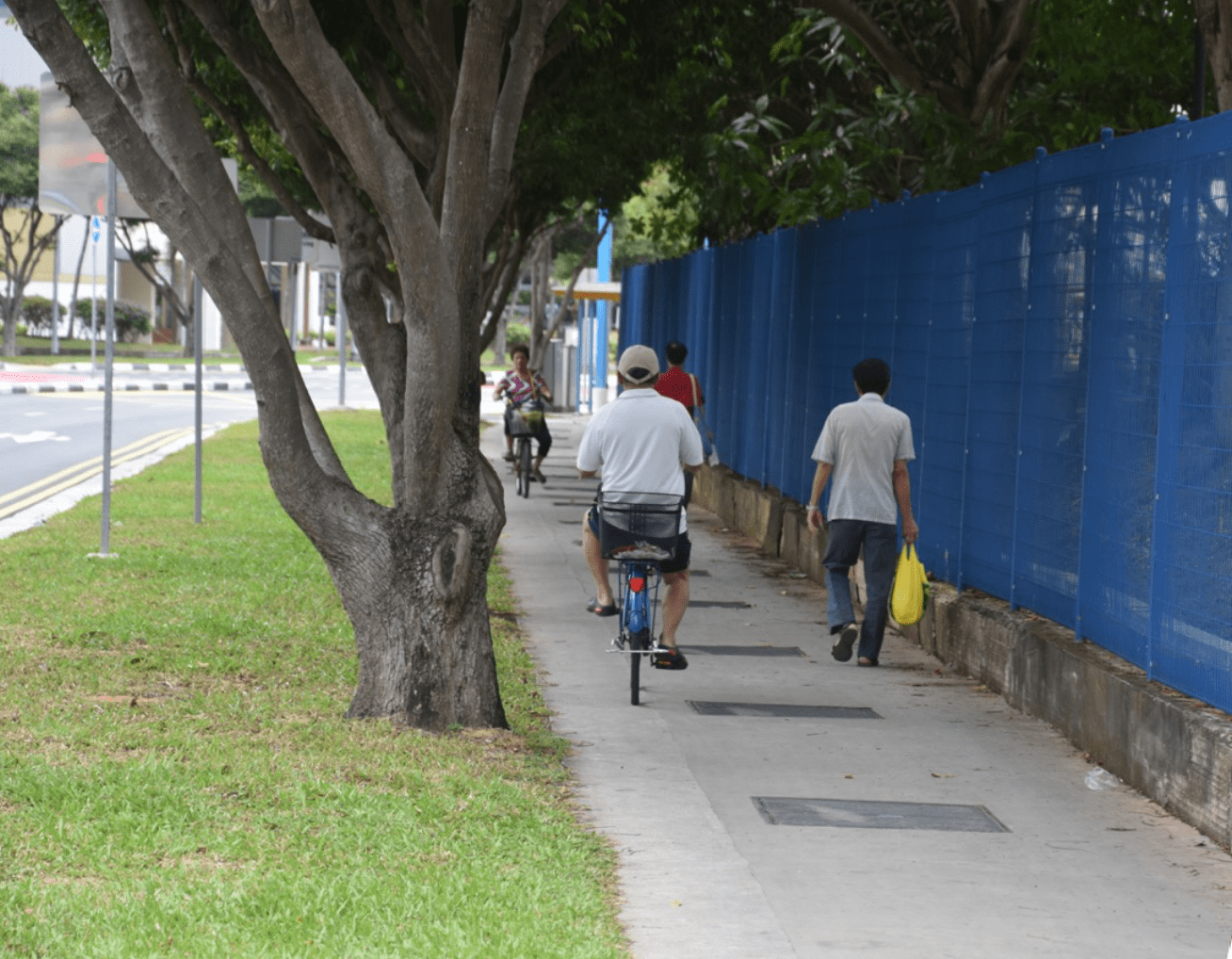 Elaborating on the issue, he shared that elderly folks may have a slower reaction time and it is the cyclists’ responsibility to ensure they can react in time to the seniors’ presence.

His son also said that all cyclists should install lights on the front and back of their bicycles for safety.

However, he felt that it’s most important for cyclists to stay focused and not use their mobile phones while riding.

Additionally, the son urged the authorities to extend designated cycling paths to meet the increasing number of cyclists.

He continued that although people often warn of dangers on roads, pavements can be pretty dangerous too, with so many cyclists riding on pavements.

Having cyclists on pavements certainly do present a degree of danger, however careful they are.

But over the years, we have seen authorities take significant strides in creating more spaces for cyclists.

Hopefully, in time to come, both pedestrians and cyclists will be able to walk and ride safely on the streets and pavements of Singapore.