The government’s partial ban of personal mobility devices (PMDs) has ignited the furore of many PMD users. Many were upset because they felt the ban was too sudden and that there were little alternatives.

On Wednesday (13 Nov), former Nominated Member of Parliament (NMP) Calvin Cheng took to Facebook to share what he feels the government should do to justify their efforts to reduce car usage. 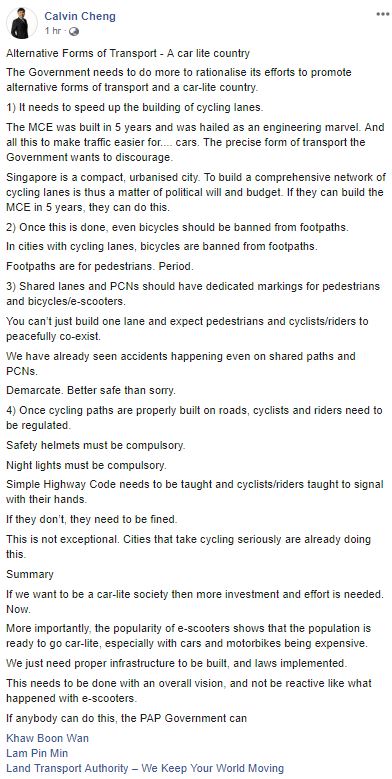 Starting off, Mr Cheng points out the irony in the government’s efforts to go “car-lite” — there are not enough cycling lanes which allow cyclists to ride safely.

He says the government should have no trouble building more in a short time, given that the Marina Coastal Expressway was built in 5 years.

Once more cycling lanes are built, there will not be any reason for bicycles to be on footpaths anymore, which threatens pedestrians’ safety. This seems to be standard protocol worldwide. Cities like London ban cycling on footpaths since they have dedicated bicycle pavements.

Mr Cheng adds that footpaths are meant for pedestrians so this isn’t an unreasonable law to enforce.

Mr Cheng also said that shared lanes and park connectors (PCN) should be clearly marked out so pedestrians and riders know which path they should be travelling on. 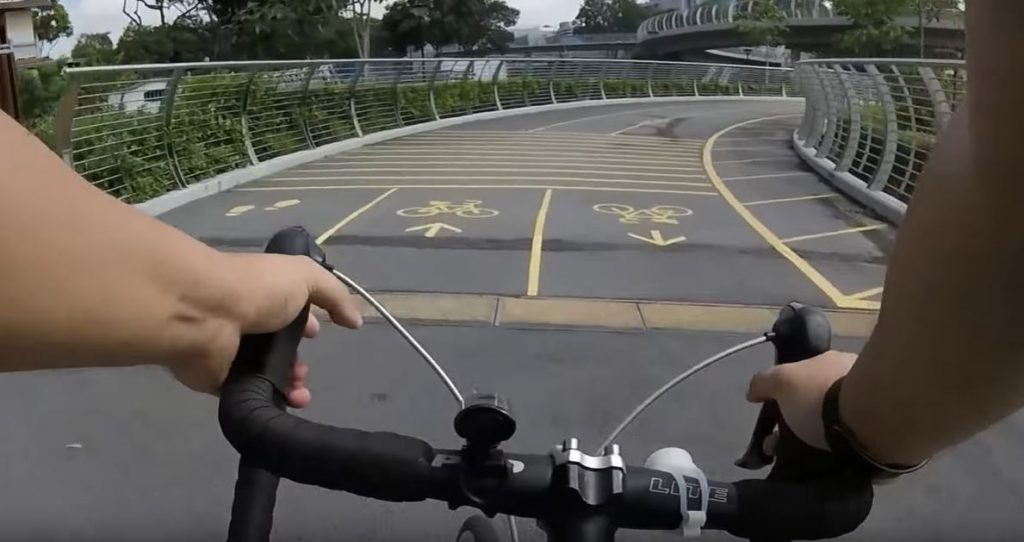 He points out that the government cannot expect users to peacefully co-exist on one single lane without any problems. As it is, a few accidents have happened on these lanes and on the PCN itself.

General regulation on a larger scale

Once the infrastructure projects are complete, Mr Cheng says that there need to be stricter regulations for both cyclists and riders. The basics like wearing a safety helmet and having night lights should be mandated. This is to protect the welfare of everyone on the shared lanes. 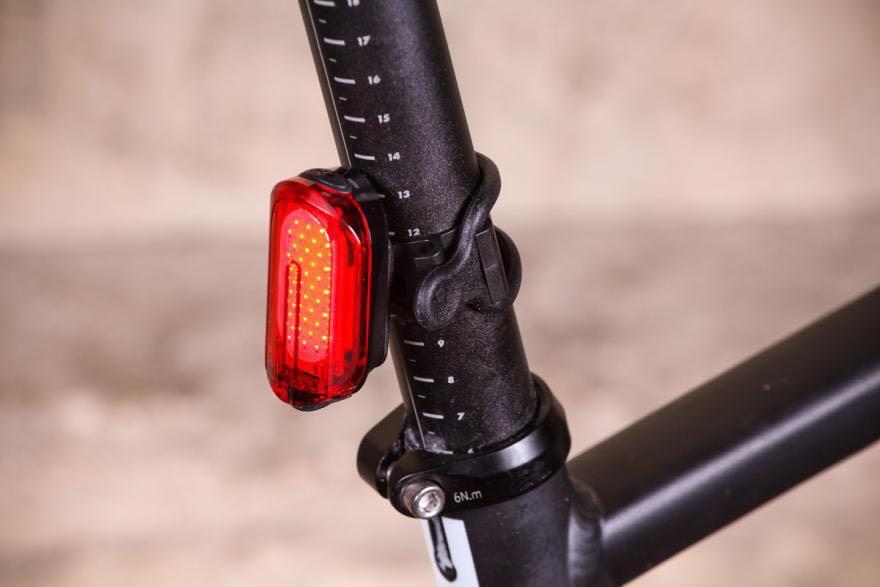 In addition, he says that the Simple Highway Code needs to be taught. Cyclists and riders also need to know how to signal with their hands. If they fail to do so, they should then be fined.

To substantiate his point, Mr Cheng points out that,

countries that take cycling seriously are already doing this.

Mr Cheng reiterates the crux of the issue — a car-lite society will not be achieved if the government does not address the pressing need for more investment and effort.

Alternative transport is getting more popular because of the high costs of vehicles like cars and motorbikes.

Thus, the government needs an “overall vision” when implementing laws and building infrastructure.

What do you think about Mr Cheng’s suggestions? Let us know in the comments below.