The rescuers are offering S$500 to anyone who finds it.

Domesticated animals are often accustomed to living under human care that they don’t know how to fend for themselves outside.

One can thus identify a lost pet easily, judging by the animal’s appearance. A visibly emaciated dachshund was recently seen wandering around Ang Mo Kio,

As it appeared to be in a rather pitiful state, rescuers are hoping to find the canine as soon as possible.

On Monday (21 Nov), Facebook user Ms Ng took to the ‘Lost and found pets in Singapore’ group to share about the situation. 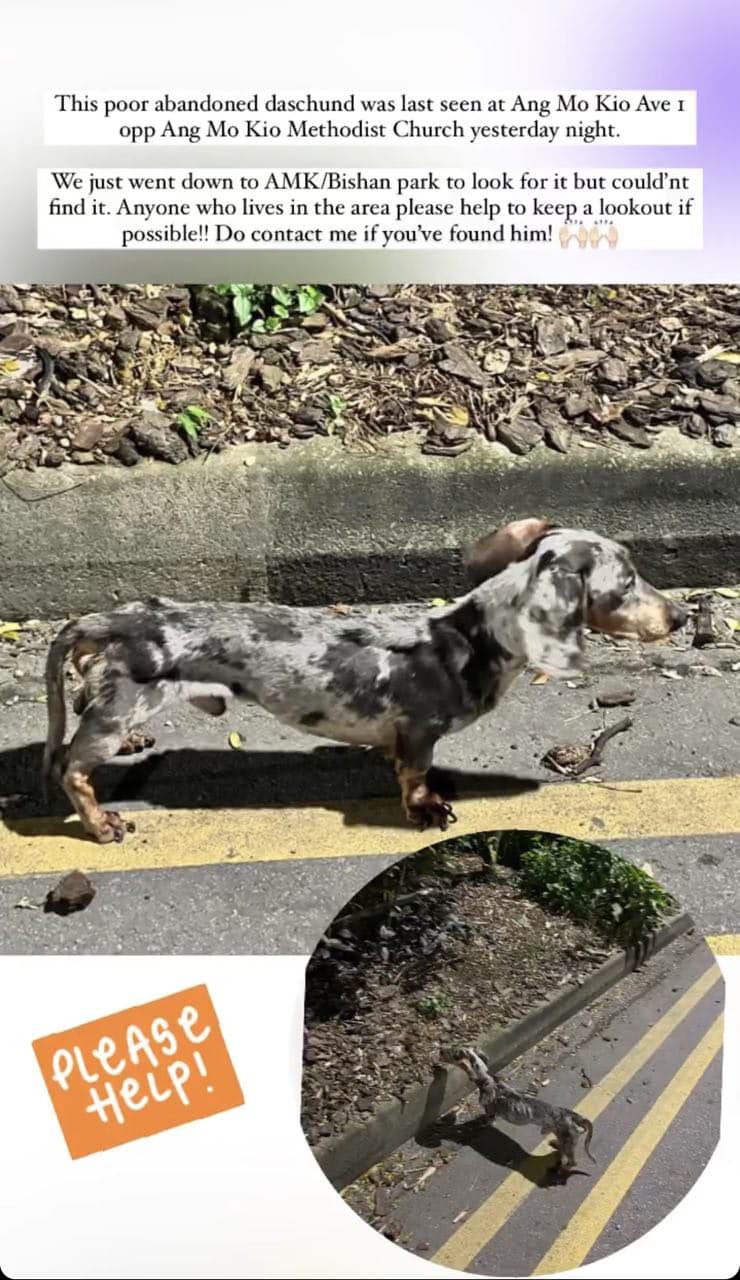 In the post, she stated that her friend spotted the dog on Sunday (20 Nov) night while driving along Ang Mo Kio Avenue 1, opposite Ang Mo Kio Methodist Church.

However, they were unsure if the dachshund was lost or abandoned.

Ms Ng noticed from the picture her friend sent that the dog looked to be in “bad shape and would probably require medical attention”.

Likely concerned, she headed over to the Bishan-Ang Mo Kio Park area herself the next evening to find it but to no avail.

Since the post went ‘live’, other Facebook users have expressed their concerns in the comments. The post has also garnered nearly 500 shares at the time of writing.

In an update at 9.55am today (23 Nov), Ms Ng shared that the dog was still missing. She also encouraged others to join a WhatsApp chat group if they’d like to join in the search.

Volunteers searching for the dog have seemingly prepared a poster, offering a S$500 reward to anyone who manages to find it. 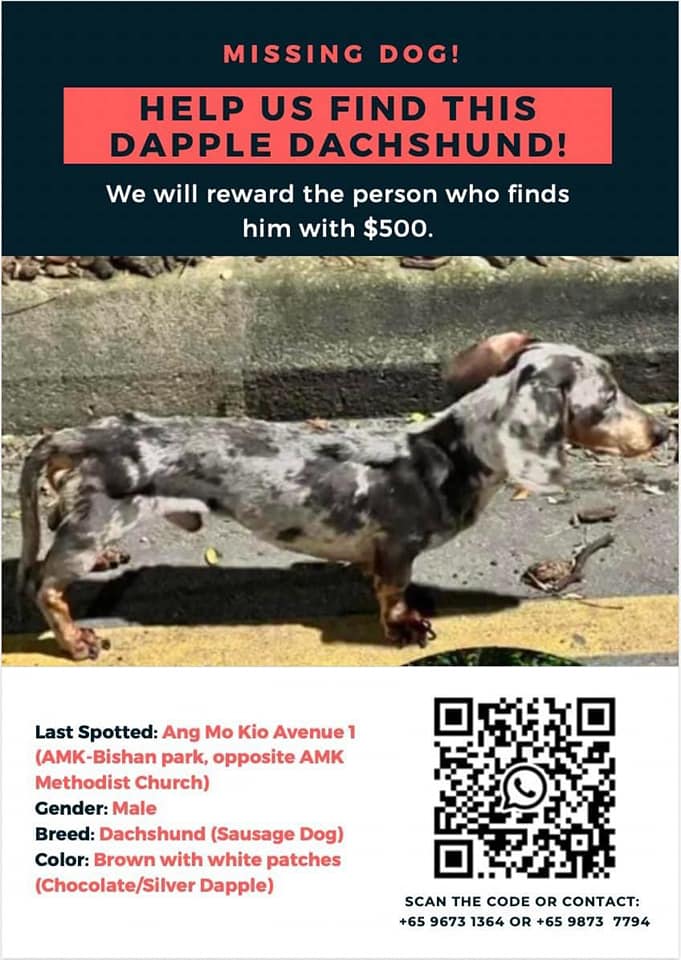 According to the poster, the dachshund is a male with brown and white patches all over its body.

Ms Ng claimed that it was last seen between 2am and 3am on 20 Nov at the following location along Ang Mo Kio Avenue 1, near the park:

Another Facebook user helping with the search, meanwhile, claimed that the last potential sighting of the dog was likely before 9am yesterday (22 Nov) near the wet market at Block 226 Ang Mo Kio Avenue 1.

A netizen observed that the dachshund has an “extra expensive” Merle coat, which is apparently rare. They thus assumed that the canine may have health issues leading to its abandonment. 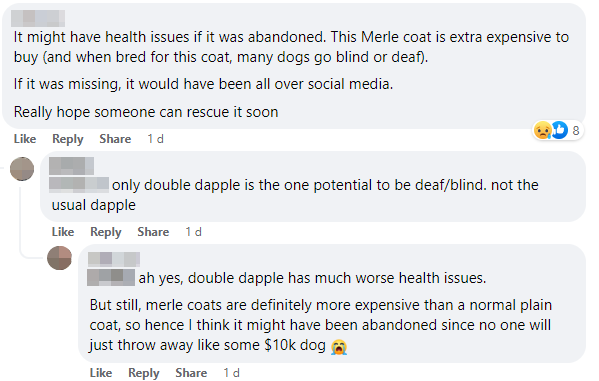 If they’re right about the breed, the netizen supposed that the dog would have costed around S$10,000.

Seeing the pitiful state of the dachshund is certainly upsetting. Thinking of the dangers it could be in, wandering around alone and possibly near busy roads, makes it even worse.

If you happen to be in the area, do keep a lookout for the doggo and contact Ms Ng if you have any useful information.

To help with the search, you can also join the WhatsApp group chat through the QR code in the poster.

We hope that the kind rescuers will be able to find the missing dog and give it the care it needs.