Just a day after DJ Dee Kosh proclaimed on Twitter that his 6-year-strong YouTube channel was “gone” due to Twitter drama with fans of Korean boyband BTS, he dropped yet another shocker.

The entire affair was staged so he could make a point about the online “mob mentality” and cyberbullying.

Dee Kosh even went a step further by recording and explaining the entire process.

BTS of the BTS drama

He reveals exactly what was going on Behind-The-Scenes in a 17-minute YouTube video posted on 20 Oct.

Dee Kosh admitted that he had baited the BTS fandom into reacting to his Tweet by gradually upping the stakes.

After tweeting that all BTS songs seem to “sound the same”, he received hundreds of mentions and notifications in under 20 minutes.

Next, he spliced two songs with similar beats together to prove his ‘case’, and posted it in a reply to a fan.

This was when the first real wave of negativity kicked in on Twitter.

The Power 98 DJ explained that he received countless of tweets calling him horrible names like “pig face” & “jobless hoe” among other things.

He then uploaded a Twitter video showing him in clear emotional distress.

Dee Kosh wished to find out if fans would take things down a notch, once they saw that their online trolling had real-world consequences.

When shit gets real and someone gets hurt, how do you react?

No real tears left to cry

His tears within the video weren’t real either, in case you were wondering. 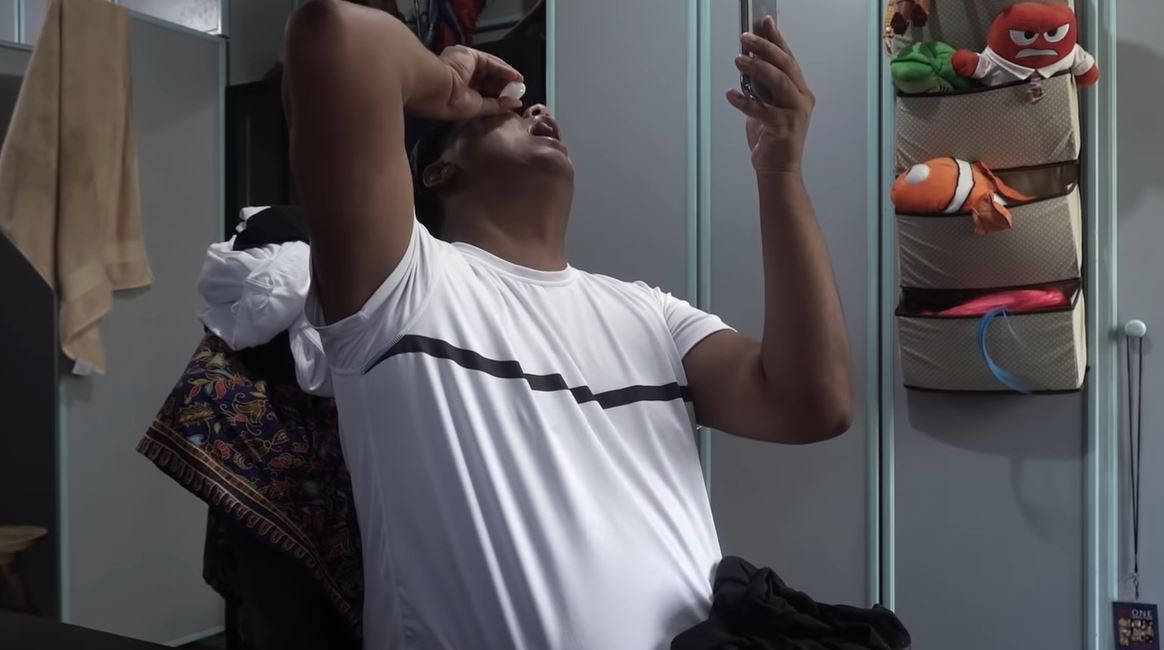 He used Eye Mo eye drops to appear genuinely “distressed” due to the cyberbullying. Although his video depicted a person in tears, he observed that the “negative tweets kept on coming” and it was “honestly scary” being on the receiving end.

The final step in his ‘experiment’ was to hide his YouTube channel and attribute it to ARMYs.

Dee Kosh admitted that although he had “wrongfully blamed the ARMY fandom”, he noticed that some Twitter users appeared to revel in the fact that his “livelihood got destroyed”. 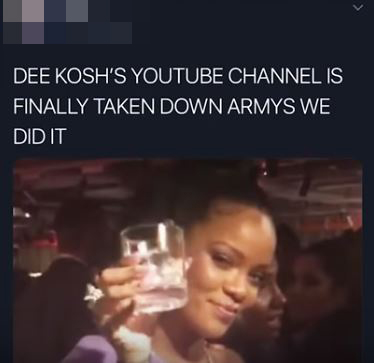 However, he clarified that he did receive supportive & sympathetic messages from many people on Twitter as well.

Why pull this stunt now?

Dee Kosh wished to hit out at the “mob mentality” he felt was present in pop culture, regardless of whether the idol involved was BTS, Beyonce or Taylor Swift.

He felt that this was a disturbing phenomenon that was quickly becoming “normalised”, as fans feel like they have the moral obligation to defend their idols.

Dee Kosh concluded that he saw these “toxic” characteristics not just in K-pop fans, but on social media in general.

Through conducting this ‘social experiment’, he wasn’t trying to anyone “how to live your life”, but hoped it would act as “a conversation starter” about the situation.

Although fans should be passionate about things they love, he thinks they shouldn’t let their feelings drive them to hate on others. Or worse, become a “moral duty to defend” their idols by “destroy(ing)” others.

After all, attacking a ‘nobody’ for his or her opinions, won’t actually affect the success of any superstar in a tangible way.

Do you think Dee Kosh managed to prove that the “mob mentality” is a pressing problem on social media, through his ‘social experiment’?

Or was this BTS YouTube drama concocted for other purposes?

We recap Part I of the drama here: