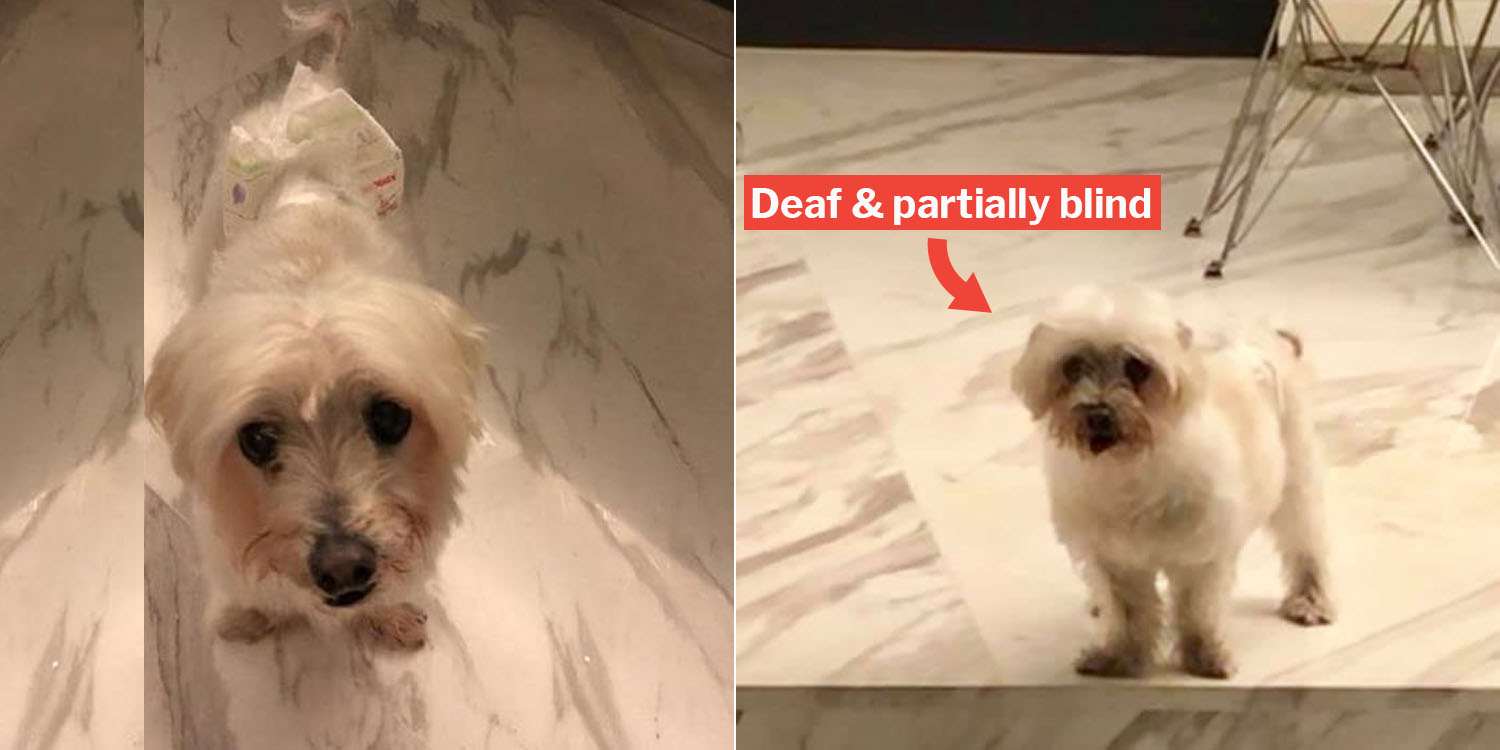 (UPDATE): A kind stranger whom the owners think isn’t from their estate has returned Choc the dog back to his family. You can read the post about the reunion here in full.

Our hearts break every time we see posts about missing pets online.

Pictures of the cute animals and the owners’ tearful appeals for help are often too painful to look at.

Such pleas are all the more saddening when the missing pets are in pitiful conditions.

A 15-year-old dog in diapers went missing in Mimosa Crescent on Thursday (14 Feb) and the worried owners were searching for him.

Choc is old and sickly

The Maltese-mix, who responds to the name Choc, is 15 years old, making him roughly 76 in dog years. That’s as old as, if not older than your ah ma and ah gong. 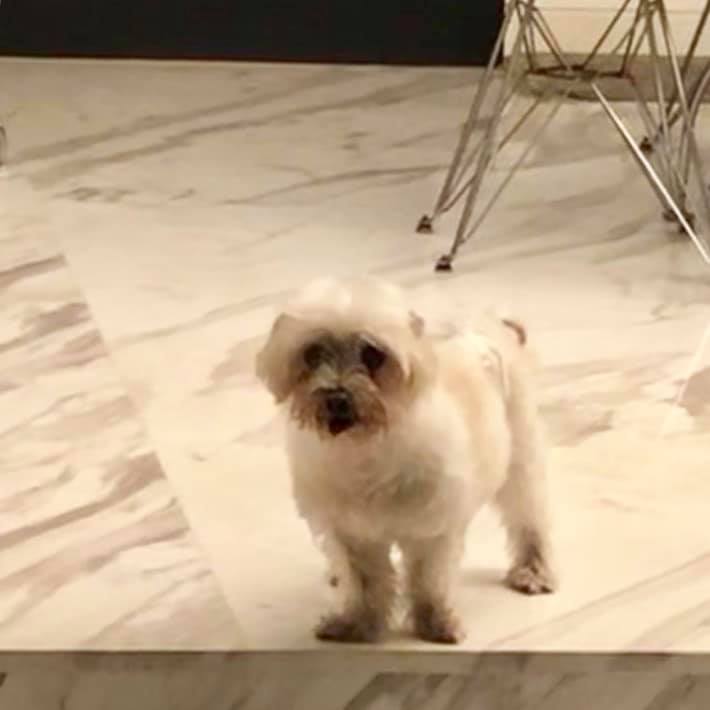 According to the owner, Choc has lost all his teeth, is deaf, and partially blind.

The poor doggo is basically defenceless if he was to get into harm’s way.

Choc is also on heart medication and a special senior diet, which is why his owner is worried sick that he might not be able to fend for himself.

Choc has fluffy white fur, though he might look less fluffy compared to his pictures since he just had a haircut. 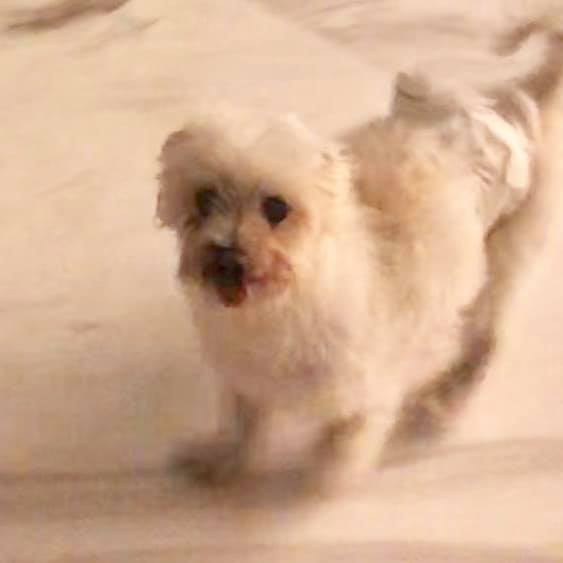 Members of the public can identify him by a thin red ribbon with a small bell around his neck, or more distinctly, the diaper he’s wearing.

It’s not often that you see a little animal in diapers scurrying around, so the good Samaritan must have spotted Choc quite easily and taken him to SPCA.

We’re glad that Choc has returned to the warmth and comfort of his home soon, where he will be safe and well taken care of.