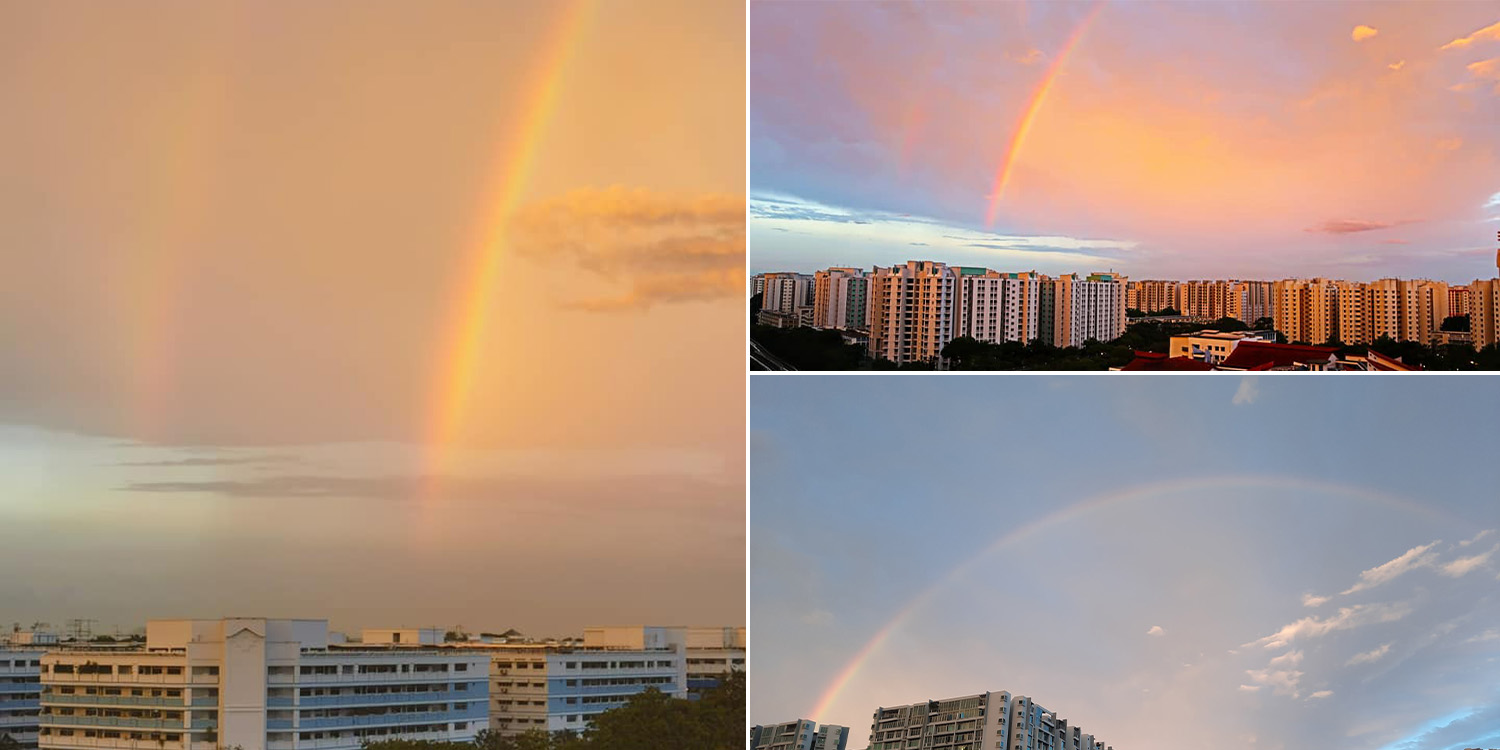 After tumultuous rain comes a rainbow. And sometimes, even a double rainbow.

Singaporeans, notably in the east and north-east, were treated to exactly such a sight on Thursday (8 Apr).

Take a look below at some of the stunning images that residents captured.

The double rainbow seemed to appear primarily in the north-east and east. Lucky ones.

This image was taken by a resident in the CloudSpotting & SkySpotting Singapore Facebook group. 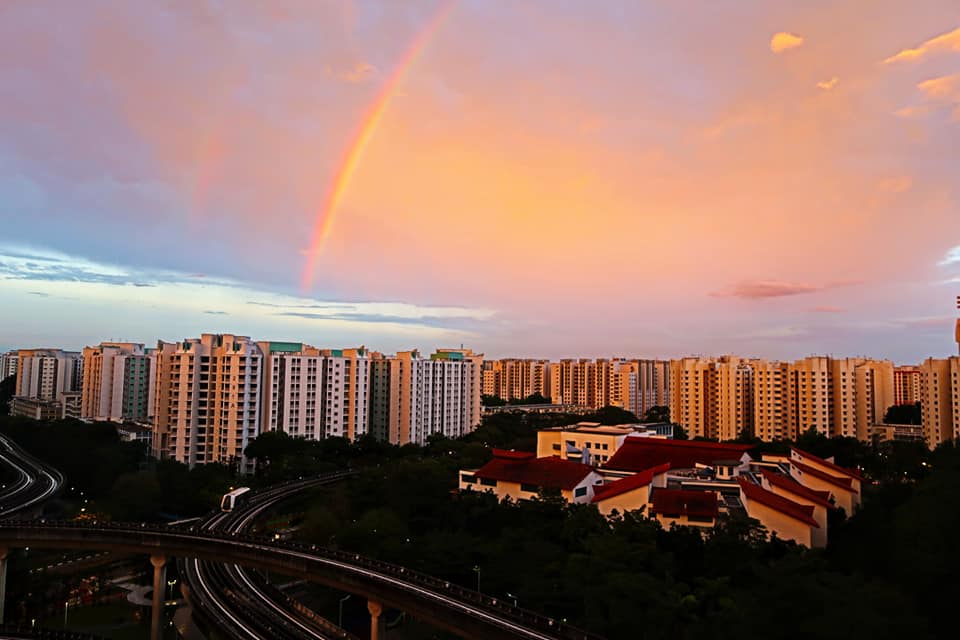 From the LRT tracks present, it appears to be in the north-east. 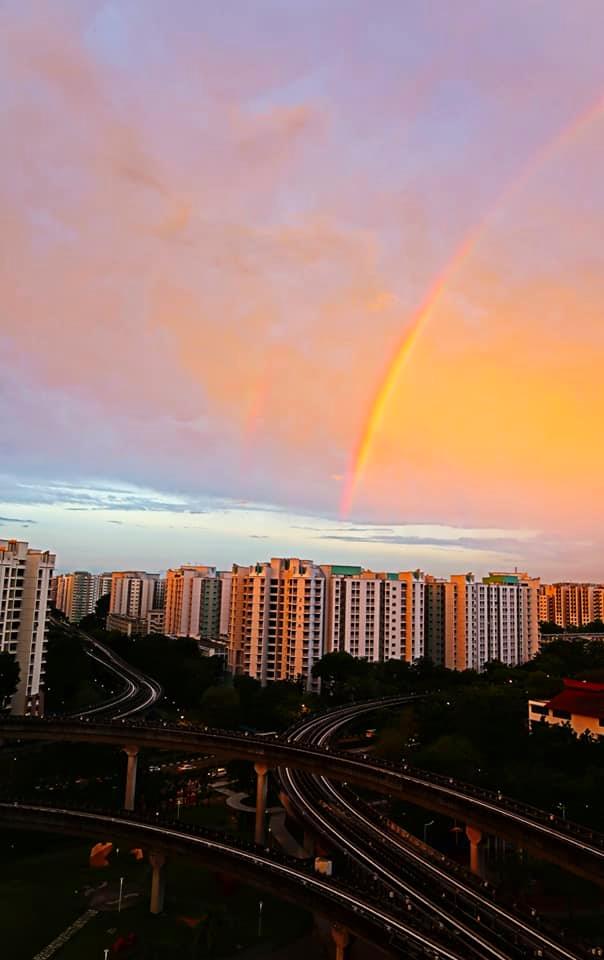 The double rainbow also came up at Compass One in Sengkang. 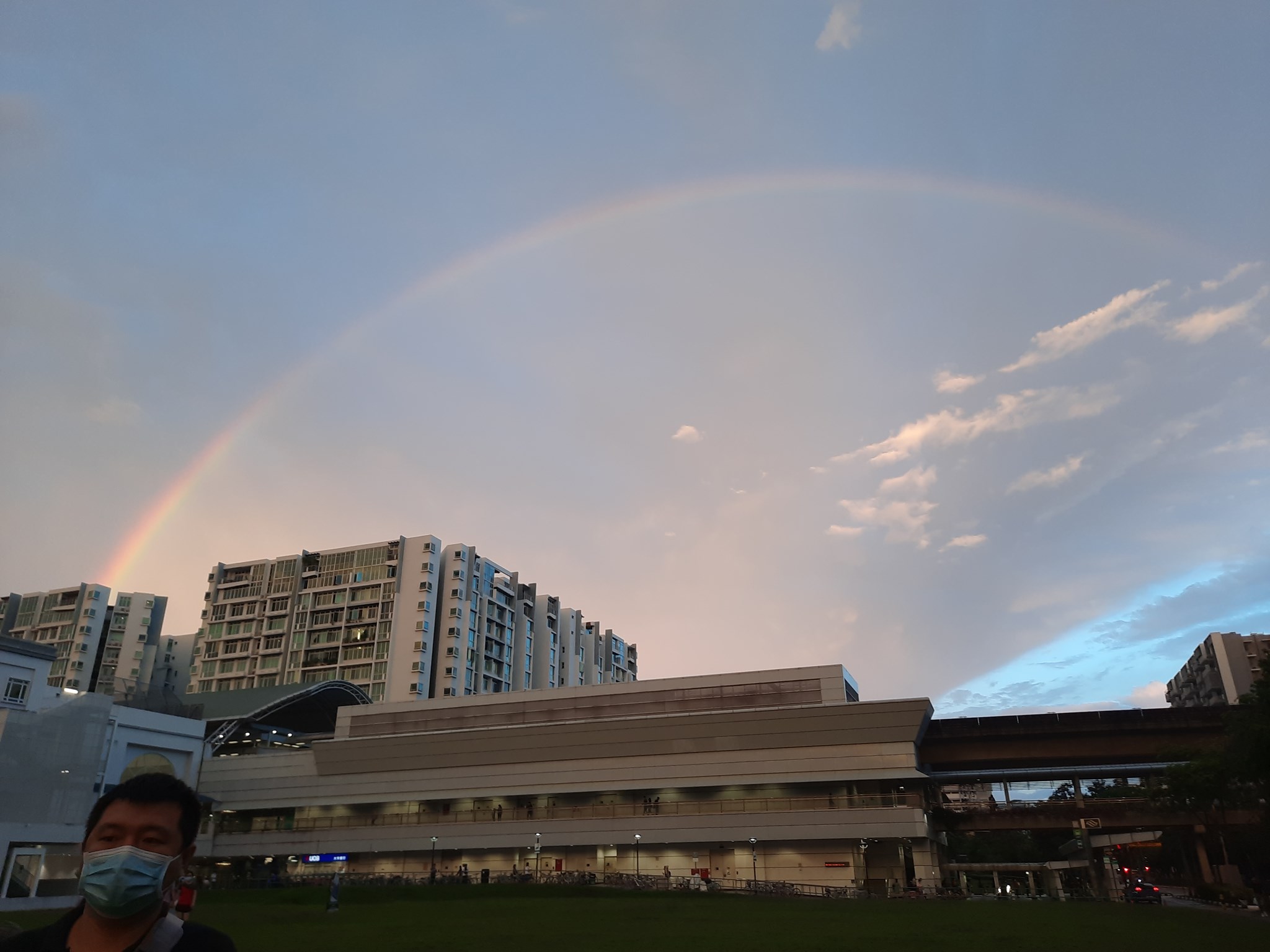 Besides the north-east, Simei residents also got a treat to the rare sight, along with a pale orange hue that brightened up the day before it ended.

Another lucky resident in Simei also posted in the My Home in Simei Facebook group. 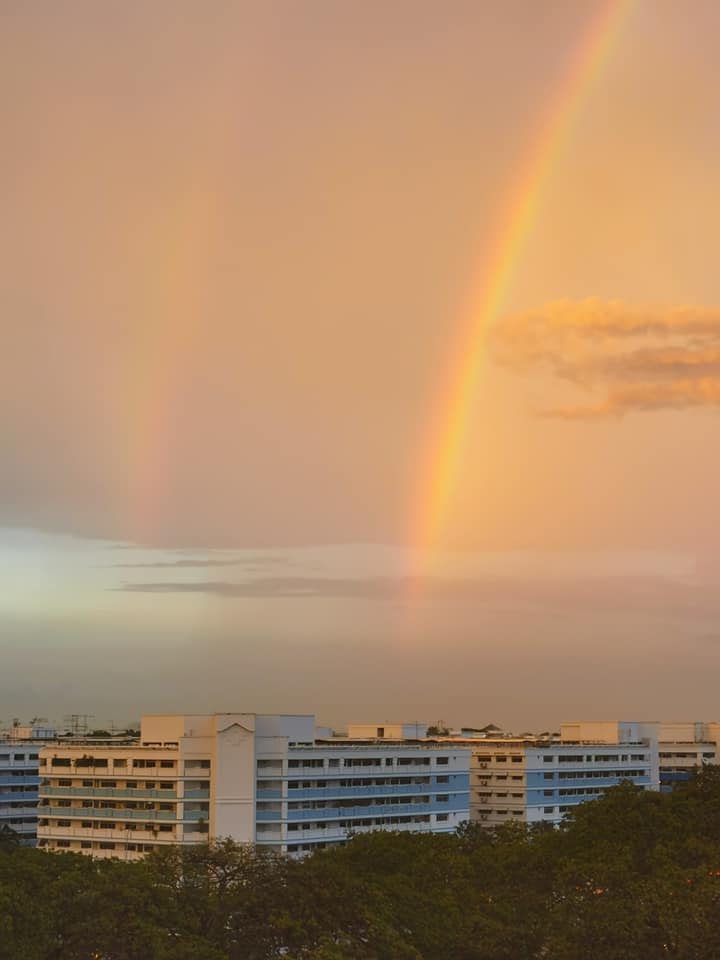 While not everyone managed to catch the double image, a single rainbow is also more than enough to make someone’s day after the rain.

A double rainbow isn’t the most common sight, let alone in Singapore. But amid the warm weather followed by rain, perhaps the chances of spotting one becomes higher.

With more rain expected in the coming days, perhaps more Singaporeans can catch a glimpse too.

To check out more double rainbow pictures, they can check out the CloudSpotting & SkySpotting Singapore or even contribute there.