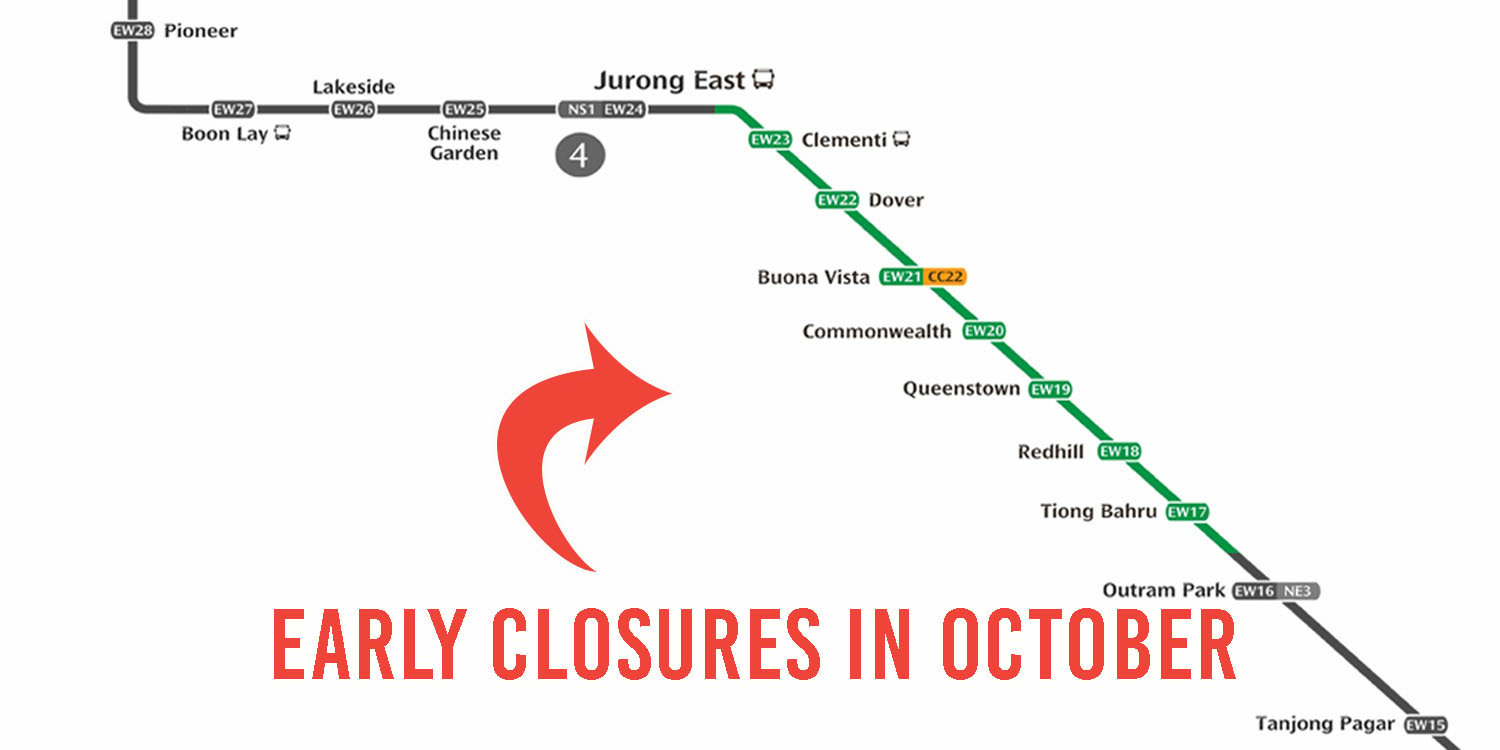 It’s that time of the month and we’re not talking about the red flood, ladies.

SMRT announced on Tuesday (26 Sep) that the next round of early closure will affect 7 stations on the East-West line in October. That’s enough to make anyone’s blood boil.

7 MRT stations between Tiong Bahru and Clementi will close early on Friday and Saturday throughout the next month.

The stations affected are:

As in previous cases of early closure, train services at the affected stations will end at 11pm on selected Fridays and Saturdays. You know the drill.

Fortunately, there won’t be any late openings this time, so early risers can rejoice!

The early closures are part of SMRT’s ongoing works to renew the EWL’s power supply system and install noise barriers along tracks. 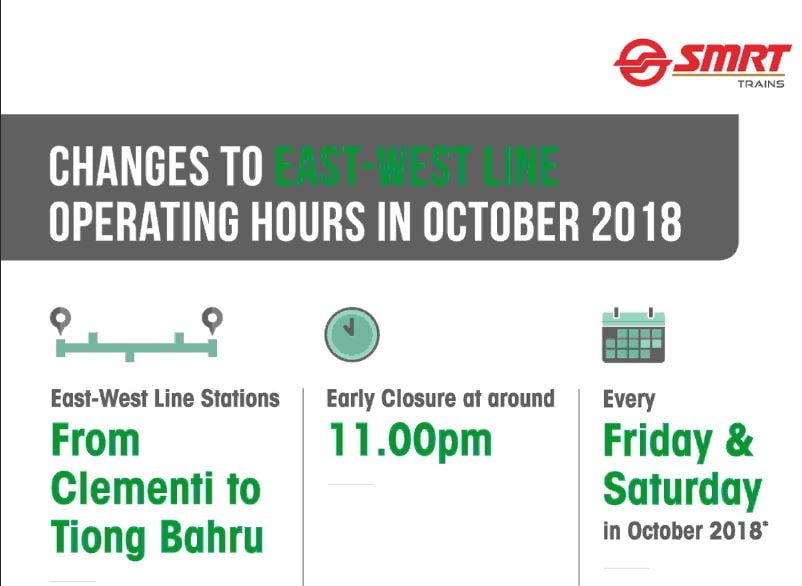 Just remember this–there will be early closure at around 11pm on the following days:

For more details on the last train timings as well as the first and last shuttle bus timings at the affected stations, refer to the Appendices on SMRT’s website.

As usual, shuttle bus arrangements have been made to ferry commuters between Jurong East and Outram Park MRT stations.

The buses will travel in both directions in 2 to 5-minute intervals. That’s more than the time it takes to travel between stations.

We know the feeling. We’re just as frustrated as you are but let’s hope the improvements to the system will mean fewer MRT delays in the future. 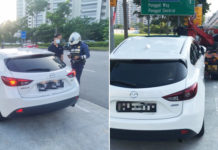