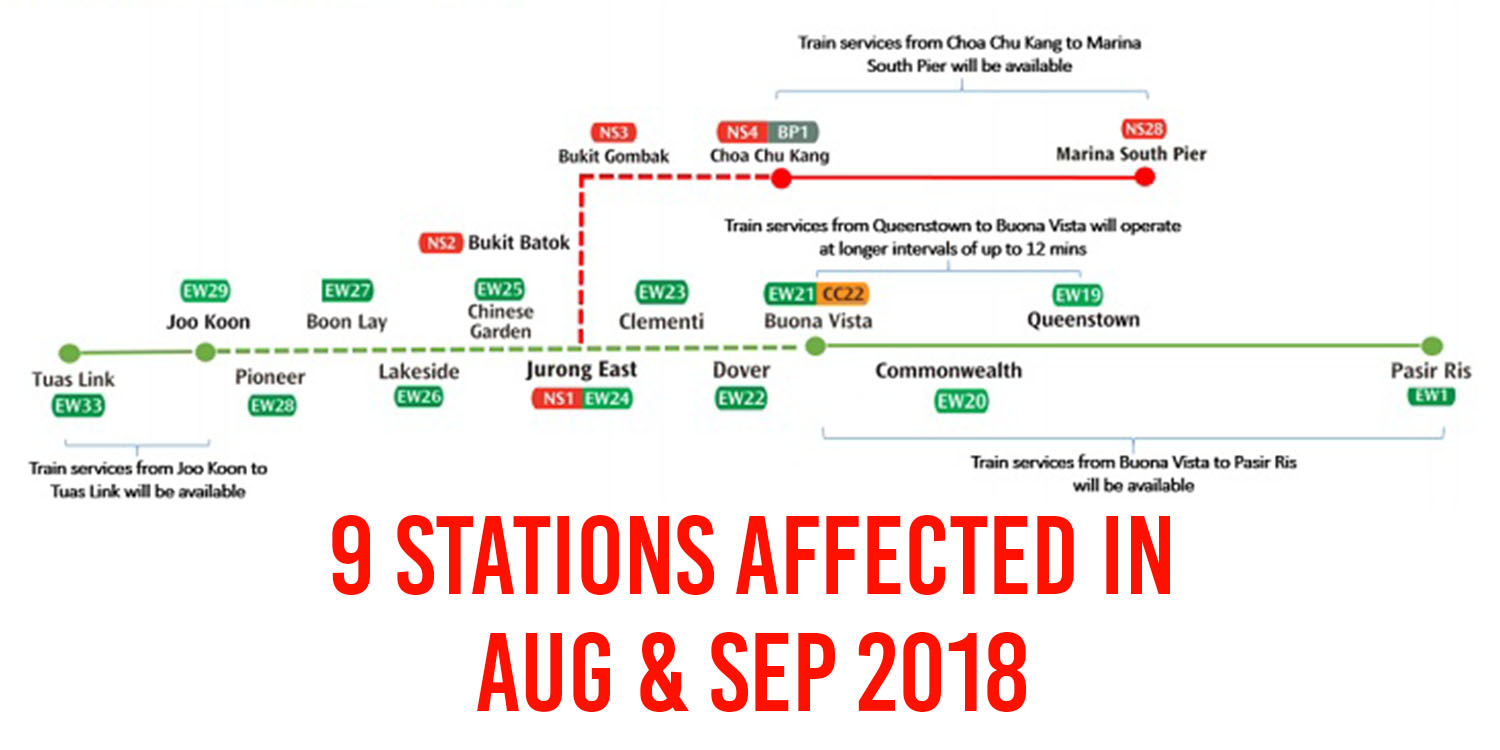 SMRT announced on Wednesday (18 Jul) that the latest round of early closure and late openings (ECLO) will affect 9 stations in August and September.

These stations are on the North-South and East-West lines.

Just like previous rounds of ECLO, train service at affected stations will end earlier at 11pm on selected Fridays and Saturdays, and start later at 8am on selected weekends.

This appears to be the most confusing round of ECLO yet, judging by this map provided by SMRT.

But fret not, we break down the details after the jump.

Fret not, here’s a quick run down

Early closure at 11pm on:

Late opening at 8am on:

Train service will run as per normal on:

The train operator has carried out ECLO progressively on both the North-South and East-West lines to facilitate track maintenance and renewal works.

What it means for you

Train services will operate via a single track, as bidirectional shuttles.

There will be an interval of up to 12 minutes between Queenstown, Commonwealth and Buona Vista.

A quick transfer at Queenstown station must be made for passengers travelling along these stations.

You know the drill, bus shuttles will be deployed to help commuters get around at the 10 stations.

One service will ply between Buona Vista and Joo Koon.

Another will ply between Choa Chu Kang and Jurong East.

An express bus service will be employed to complement the shuttle bus services during the late openings on weekend mornings.

Hang on tight, it’s gonna be a rough ride. But we’ll still have each other. 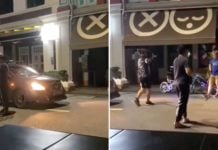 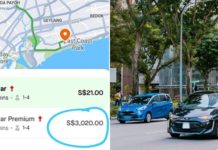