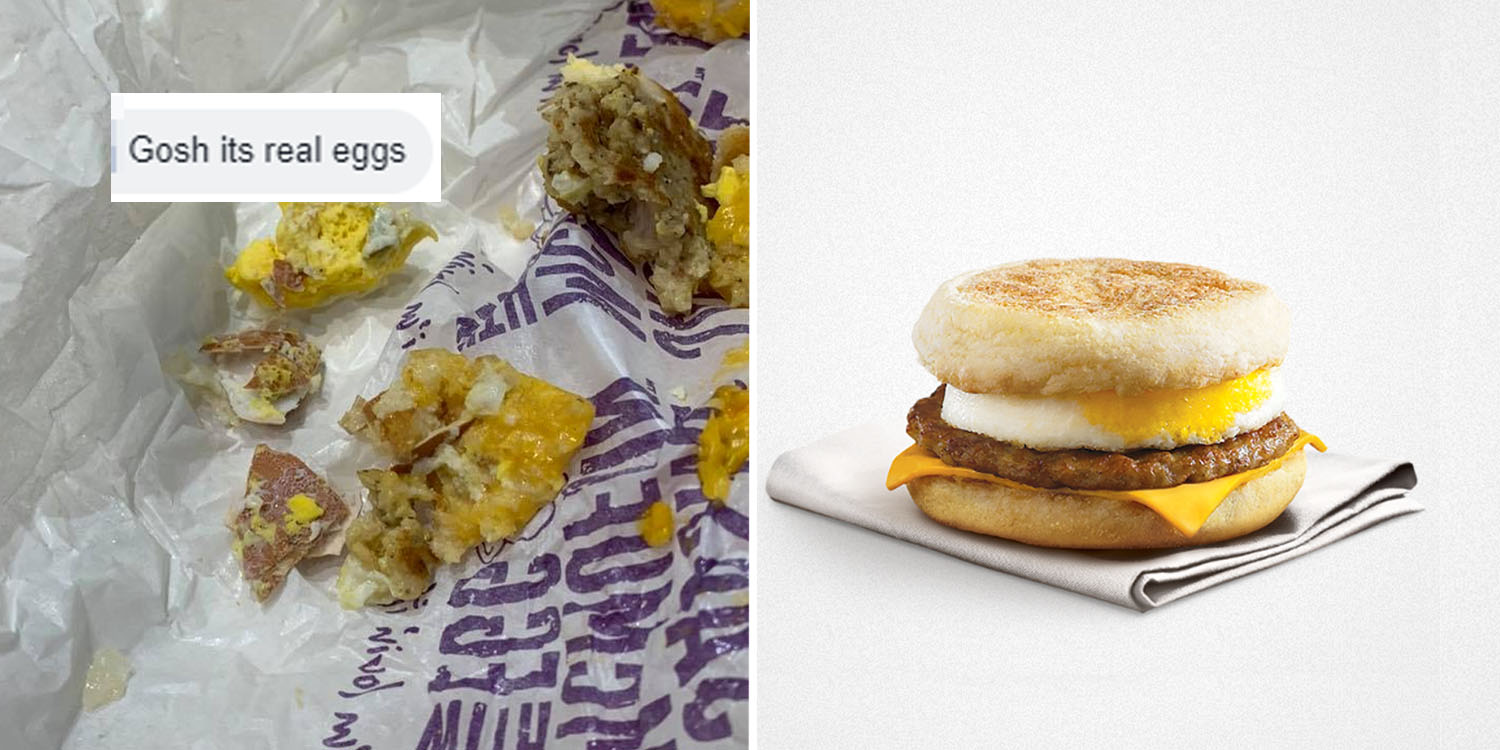 Half Of Burger From Changi Airport Terminal 4 Allegedly Had Eggshells

Having your food prepared fast may come at a cost these days.

Parts of your food could go missing, or you could find all sorts of strange, foreign objects in them.

A woman allegedly had a taste of misfortune when she bought a Sausage McMuffin with Egg at a McDonald’s outlet at Changi Airport Terminal 4 on Sunday (18 Nov).

Here’s what went down.

Imagine hearing a loud crunch the moment you bite into your burger, only to find huge chunks of egg shells inside. A woman named Ms Wai Yeng who took a picture of the aftermath could probably attest to that experience. 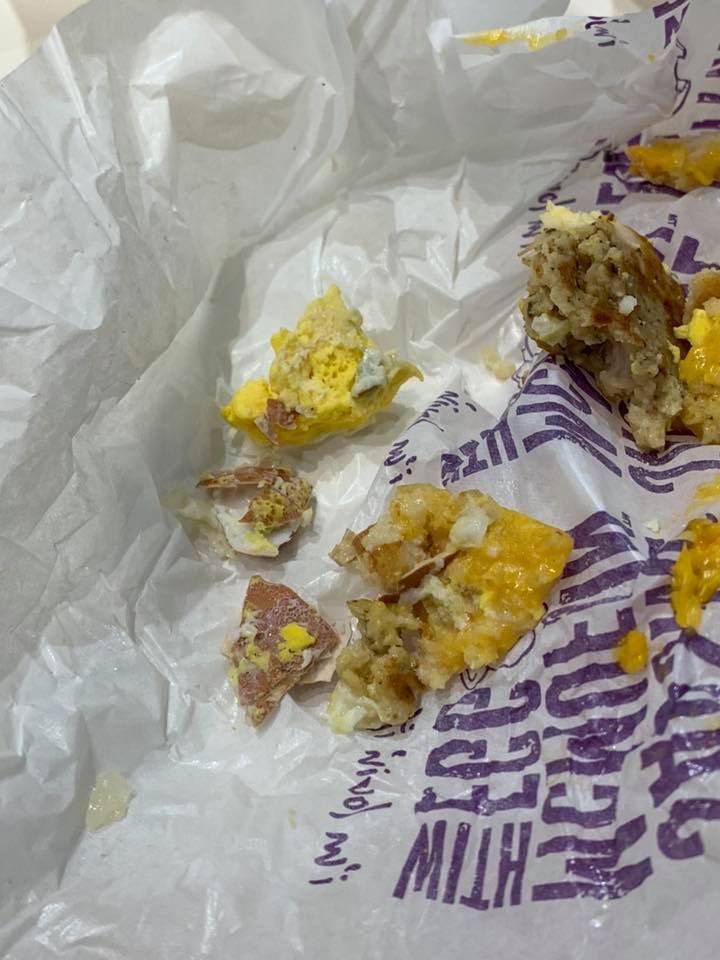 Extra calcium aside, just the thought of going through the same thing makes us shudder.

No reply to complaint yet

Ms Wai Yeng submitted a complaint on McDonald’s Facebook page at 11.33am on Sunday (18 Nov) but there seems to be no response to it yet. 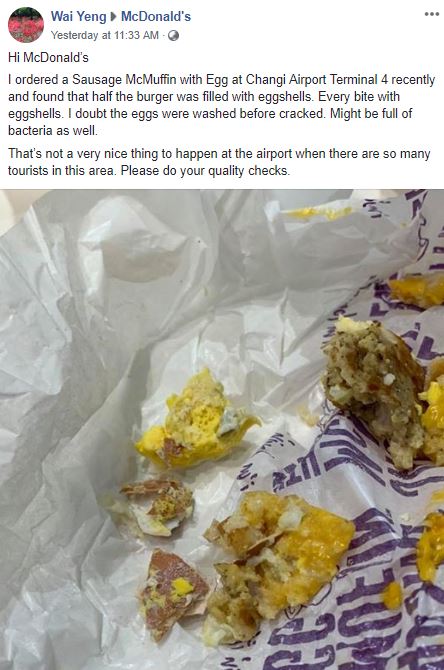 On the surface, it does seem like the ‘silent treatment’ has been doled out to most of the complaints directed to the Facebook page.

We’re not sure if McDonald’s is still attending to them. Perhaps they would have communicated with the customers directly and in private.

While discontent is normal with regards to instances of poor quality control, some netizens were hilariously more concerned about the components of the burger.

The fact that there were egg shells at all pointed to the fact that actual, whole eggs were used in making the burger.

Who says fast food are all unhealthy, processed foods?

Egg shells in your burger might be worrying, but at least be comforted by the fact that McDonald’s used real and not fake eggs.

Egg shells aside, we hope that the woman had alerted McDonald’s employees at the outlet at the time of incident itself and sorted the problem out accordingly.

Such cases aren’t uncommon and communication between the parties involved should resolve the matter easily.

But just a note of caution to all you fast food fans out there — you might be in a rush to have your meal, but don’t wolf everything down without checking first.