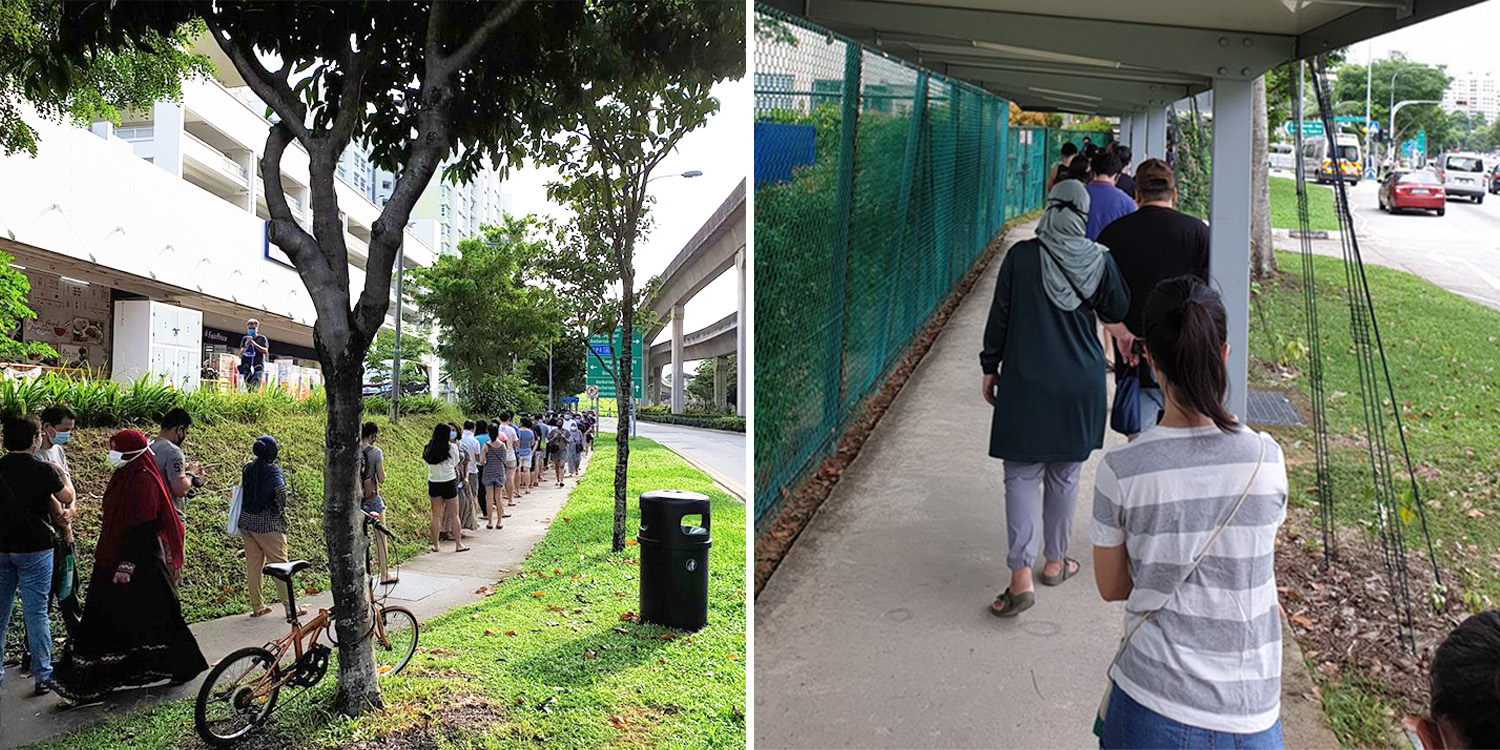 The Elections Department (ELD) has responded to the many issues that had arose on Polling Day (10 Jul), apologising for inconveniences caused.

Snaking queues were seen in the early hours of Polling Day (10 Jul). This resulted in many voters standing in long lines waiting to vote. 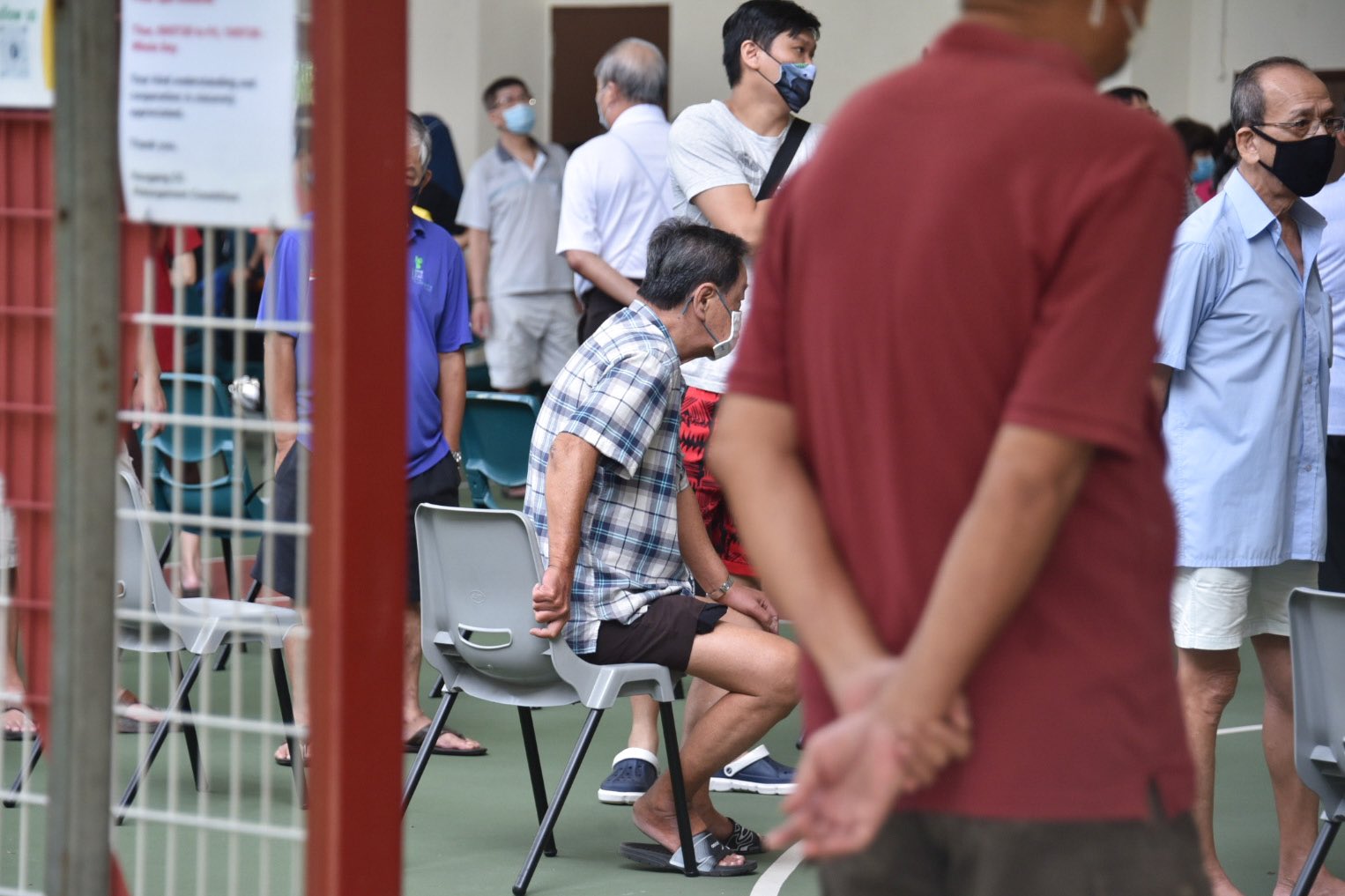 Many also took to social media to vent their frustrations over insanely long queues.

ELD attributed the delays and long lines to the Covid-19 precautions taken, as they had to make careful adjustments to voting processes so that voters’ safety won’t be compromised.

They apologised that these measures had, in turn, “reduced the efficiency voters were used to in previous elections”.

For instance, voters were first required to put on disposable gloves before voting. This step was later no longer required as the process took longer than expected.

Doing away with the gloves made the queues significantly faster.

Here’s a look at the queue situation at Palm View Primary School in Sengkang when it was 5.30pm.

Mr Koh recognised feedback given on the difficulties navigating the layout of certain polling stations.

He promised that ELD will look into the causes of these and draw lessons for polling stations in future. 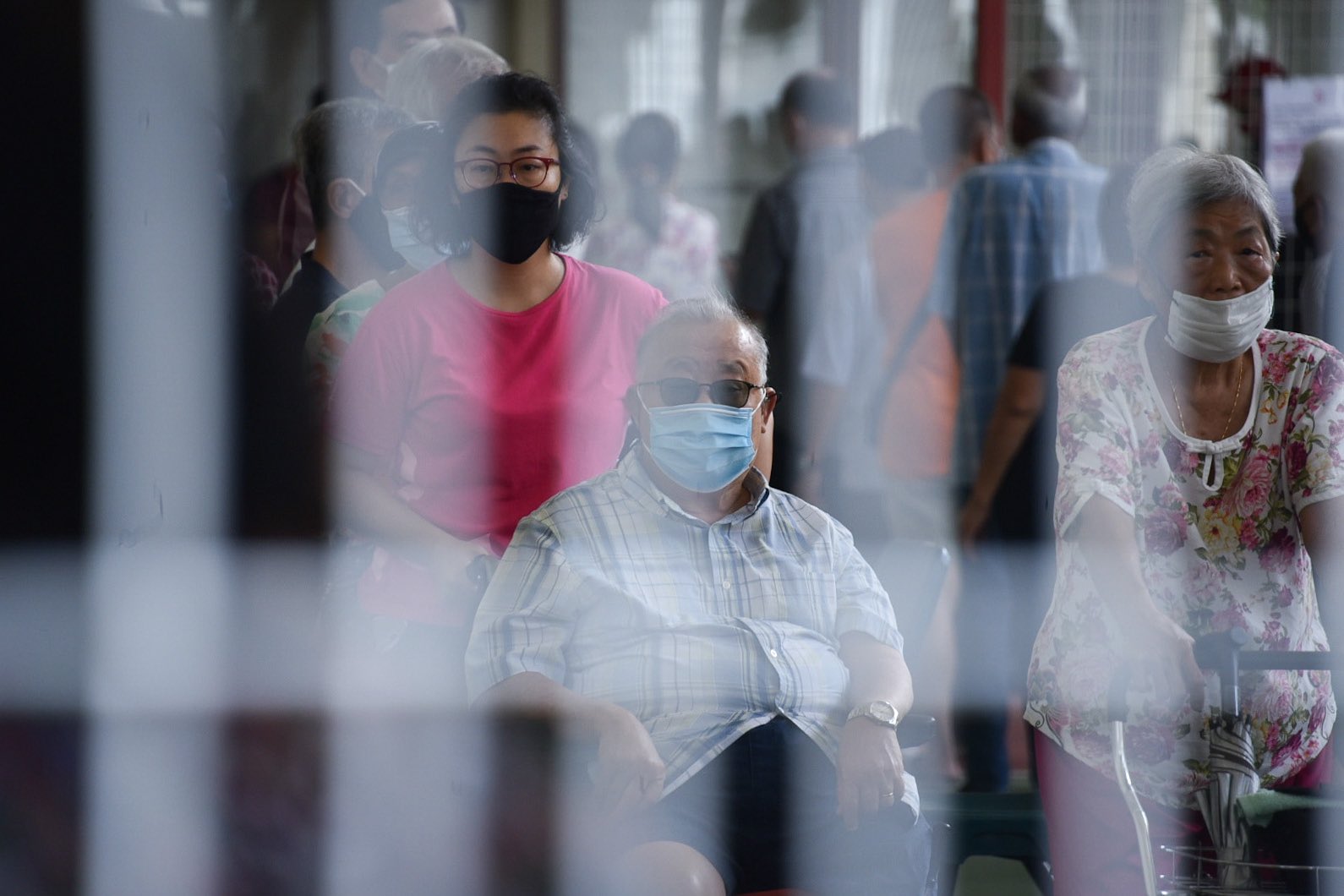 More attention also needs to be given to elderly voters. Mr Koh ensured ELD will do more to “make their voting experience a smooth and comfortable one”.

If you need a recap, here’s the gist of some problems faced by voters. A longer waiting time was only the tip of the iceberg.

This netizen had gone to vote at Toa Payoh HDB Hub with his grandparents.

He pointed out that there were many organisational issues at the Polling Station. People had difficulty navigating around due to the lack of signboards.

Covid-19 precaution measures such as social distancing were also compromised as a result of long queues. 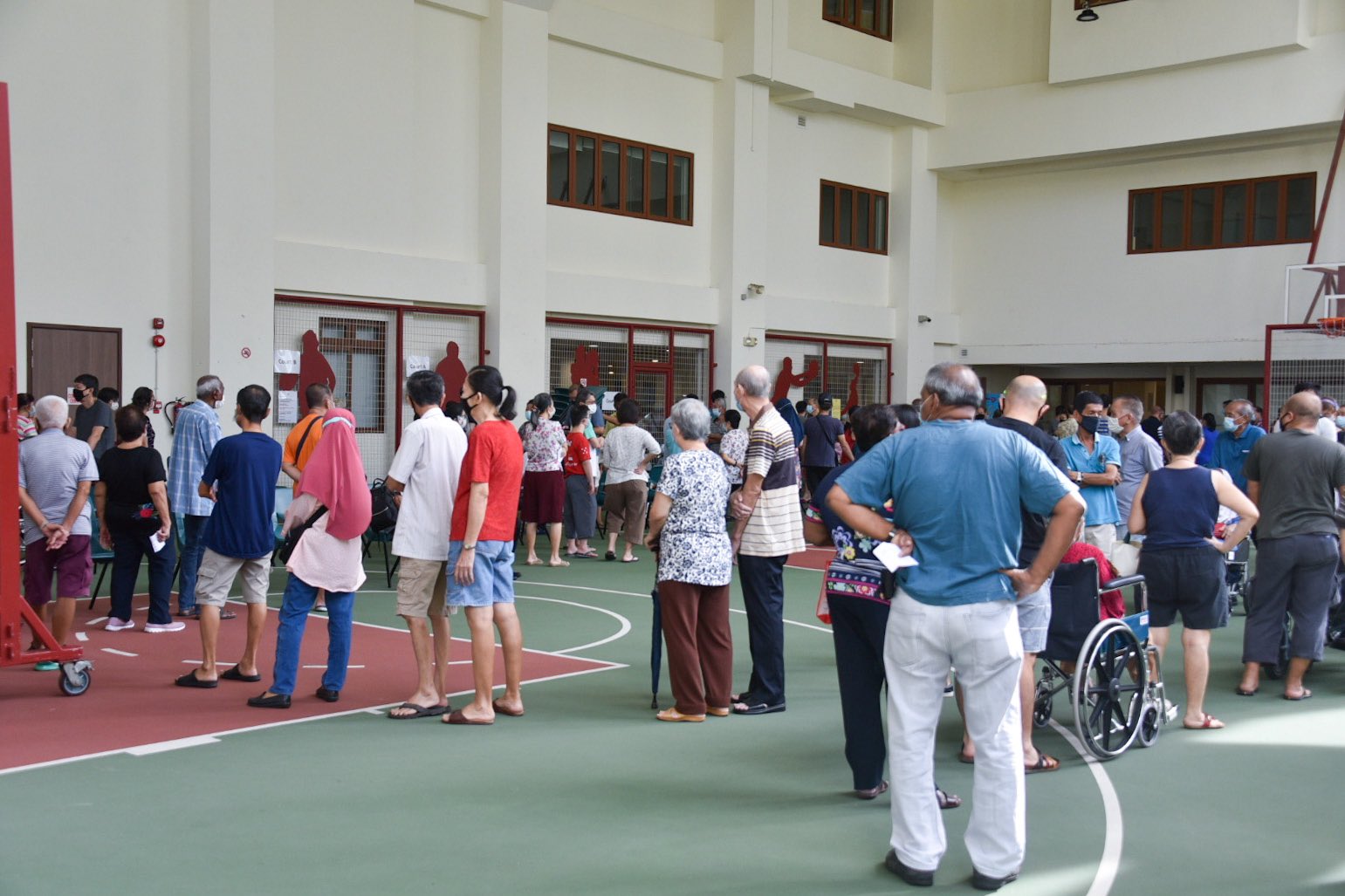 Long queues at Hougang Community Club, as captured by a CNA reporter
Source

Eventually, voting hours were extended from the initial 8pm to 10pm as queues persisted at some polling stations.

Apart from that, 13 voters serving their stay-home notices (SHN) at hotels did not get to vote, according to The Straits Times.

Their names were omitted from the list submitted by Marina Bay Sands to ELD on Polling Day at 6.30pm.

ELD had since apologised and ensured these 13 voters will have their names restored to the registers of electors without penalty.

An unprecedented election, voting amidst a pandemic

While GE2020’s Polling Day did not go as smoothly as previous elections, it is understandable in such an unprecedented time of the Covid-19 pandemic.

We would like to thank ELD for the precautionary measures taken to ensure voters’ health and safety. Hopefully, the concerns brought up this election be taken into account for future Polling Days.

Though, we certainly hope there won’t ever be another global pandemic that mars many global and national events like elections.