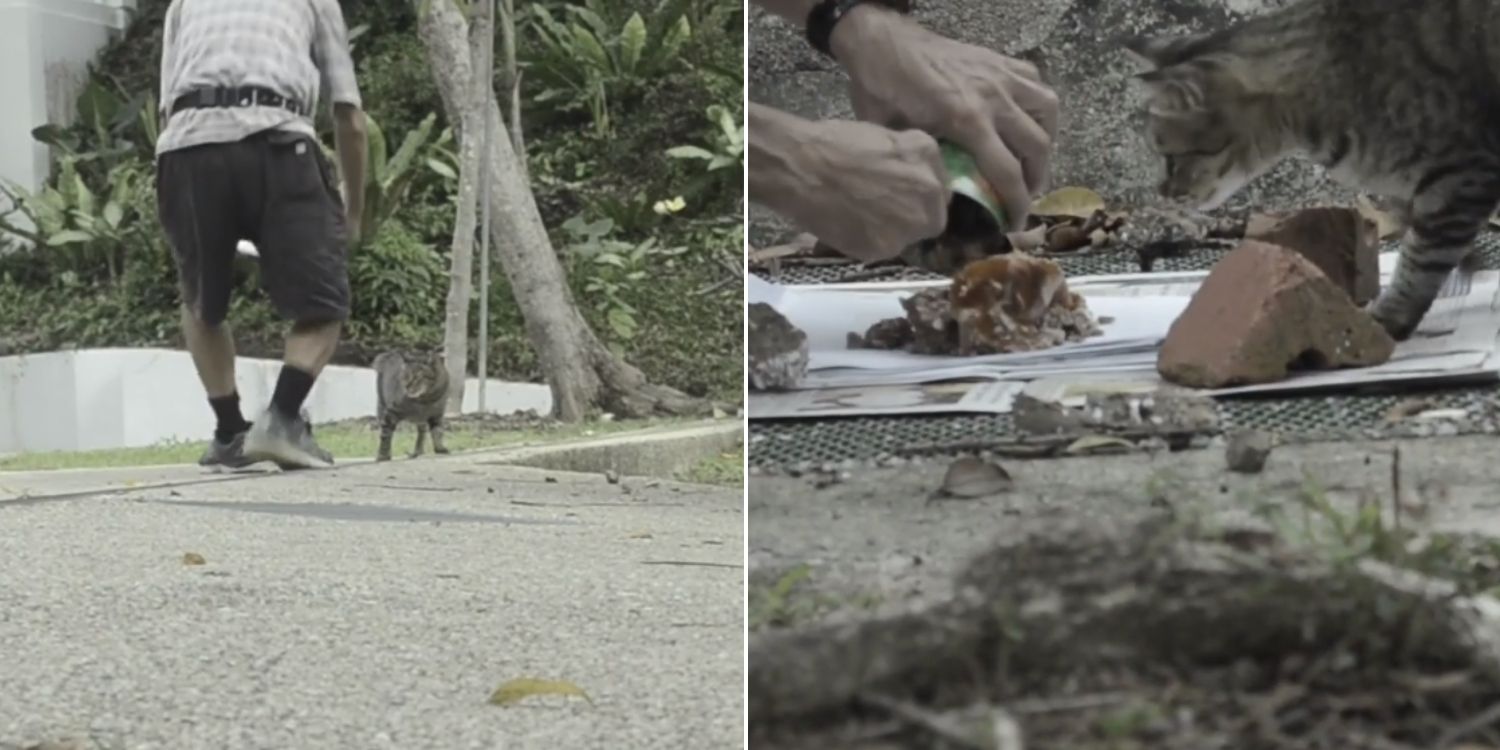 Following in his late mother's footsteps.

With the recent spate of cat abuse in parts of Singapore, there are still many among us that selflessly care for our feline friends.

None more than this elderly man who has been feeding community cats for over 20 years. 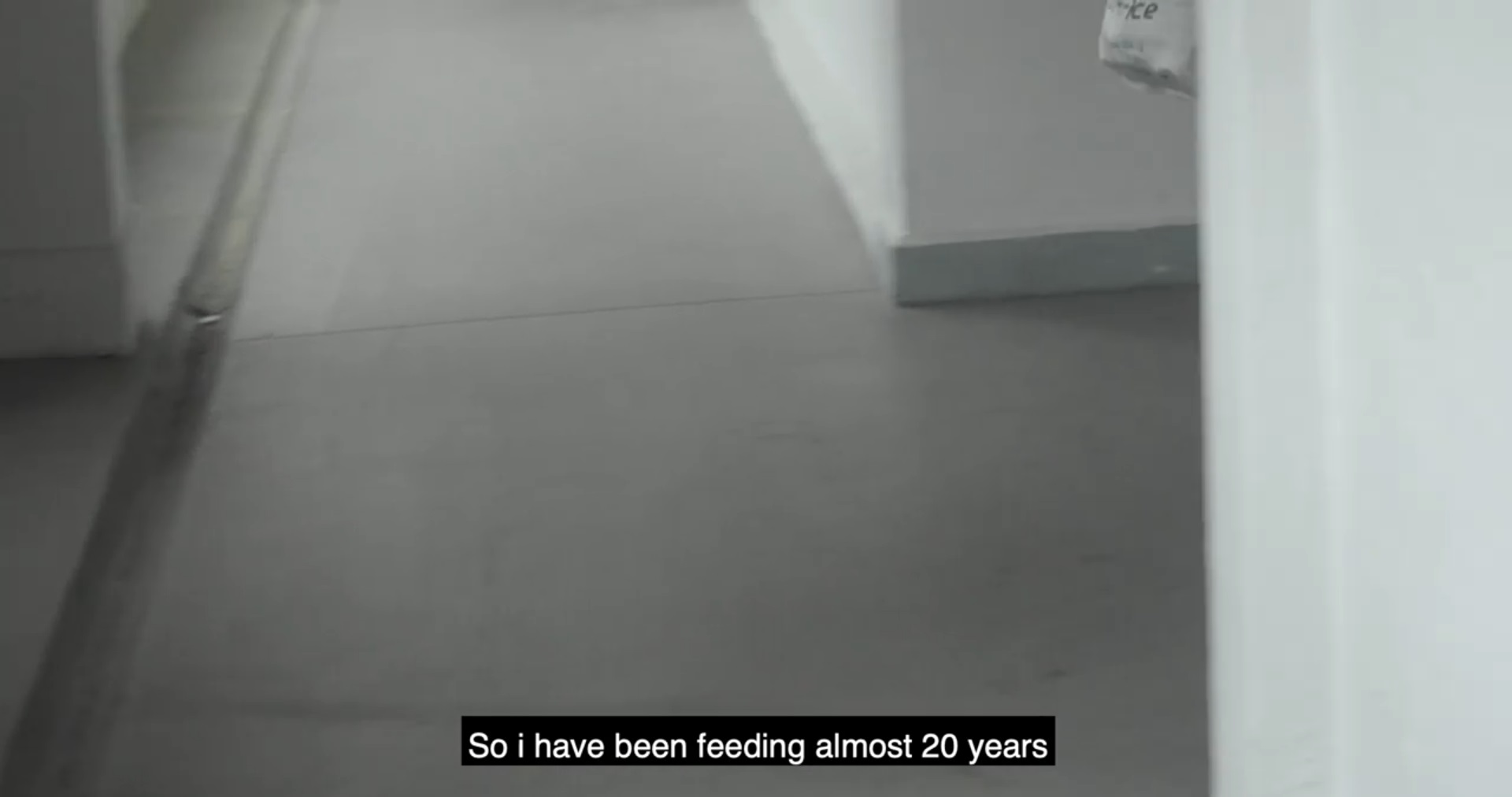 Following in his late mother’s footsteps, the 67-year-old has been feeding 10 cats in his neighbourhood with money earned from performing ad hoc jobs.

Jobs like newspaper delivery work would usually earn him $5.50 an hour, for 2 hours at a time.

In a Facebook video, Mark Lim speaks with an elderly man who has been feeding community cats for over 20 years.

Titled “The Story of an Unsung Cat Hero”, the video shows the feeder’s daily routine and what he goes through to take care of the cats in his community.

The elderly man says that after his mother passed on a few years ago, he has taken her place and cared for the same cats she used to look after. 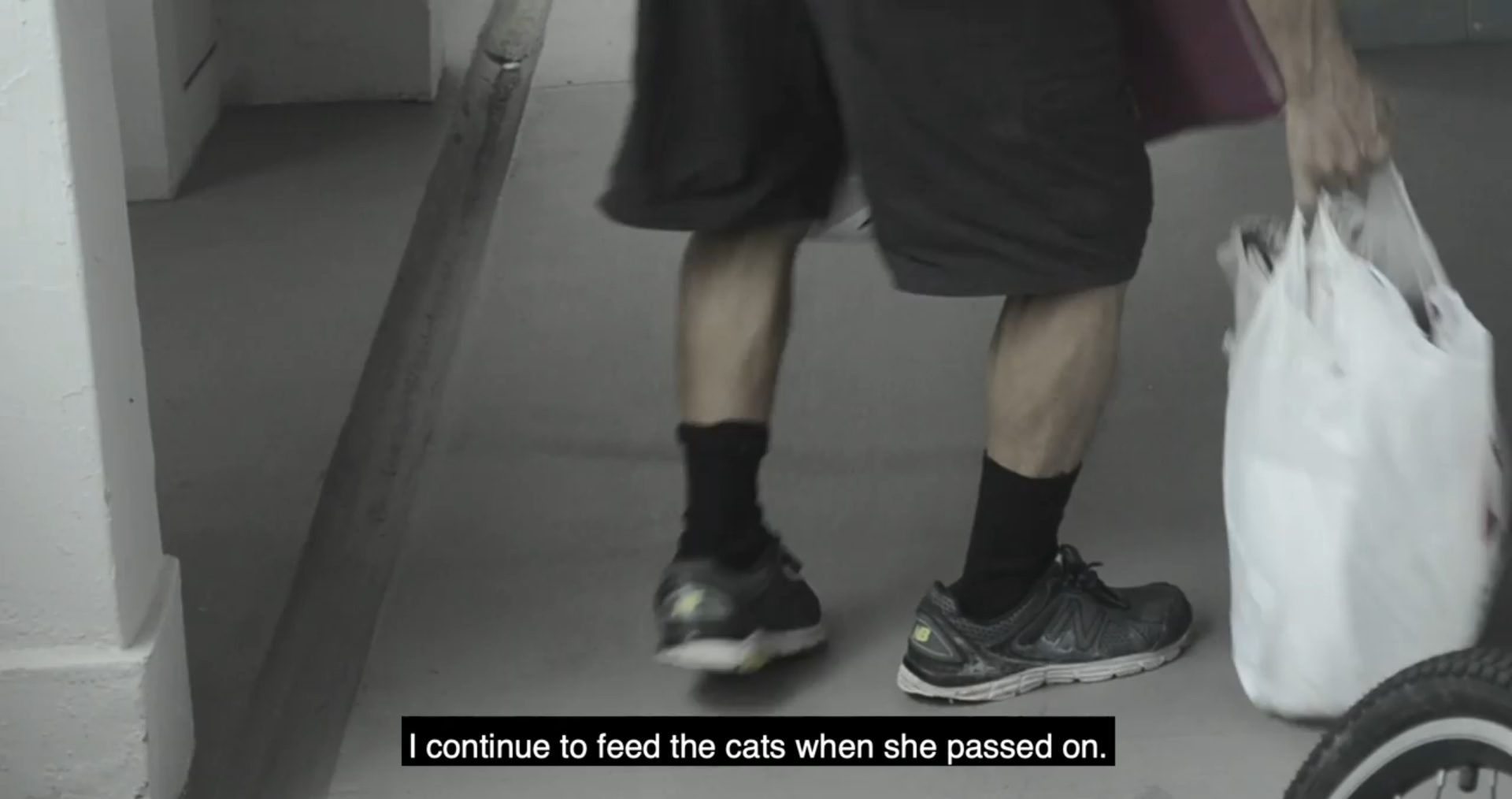 But his love for cats has seen him double the number of cats he was supposed to care for, with some of the cats being ones who were allegedly abandoned in his area. 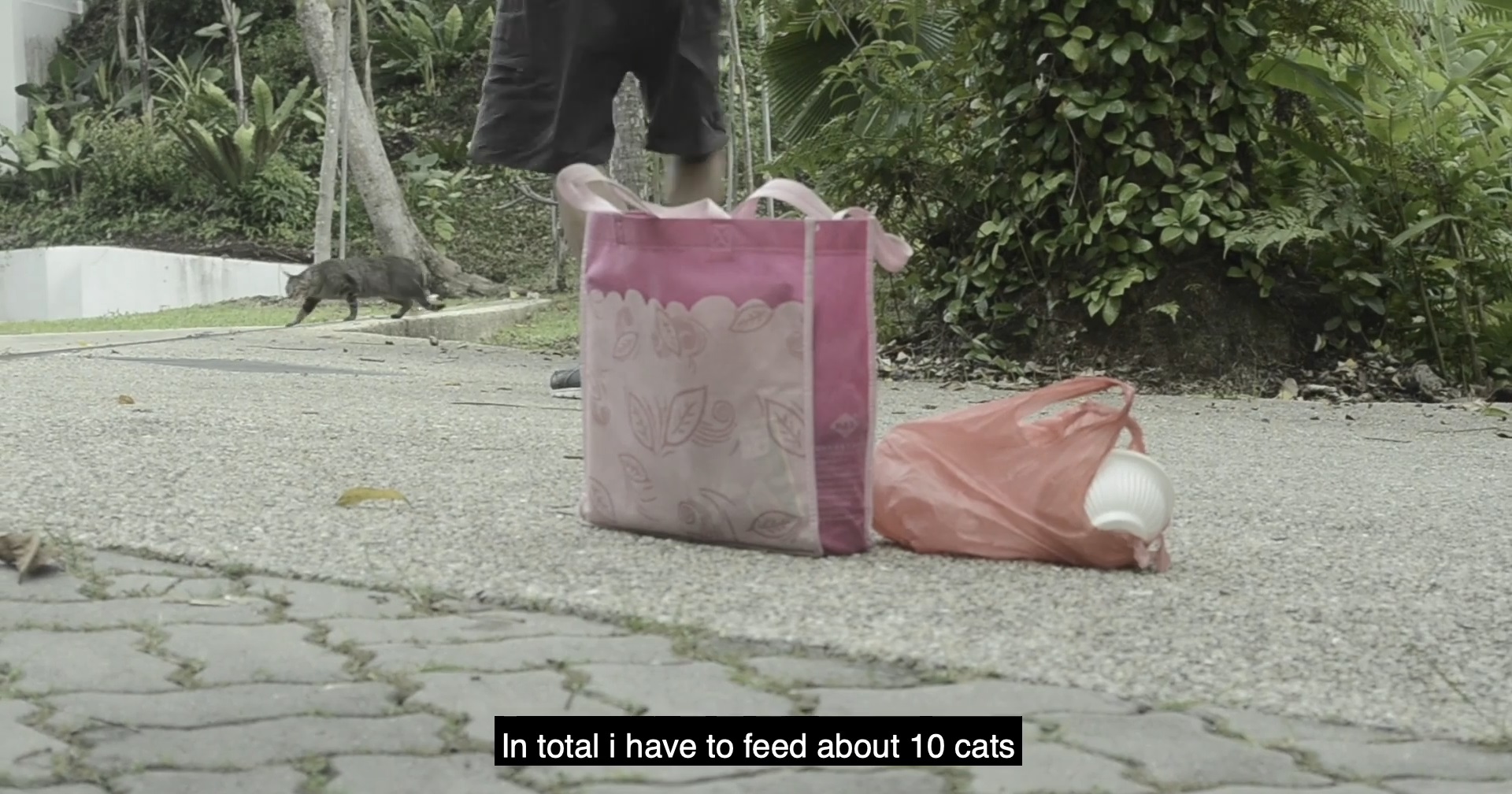 He selflessly feeds the cats 3 meals a day, with the earliest meal at 4 am. 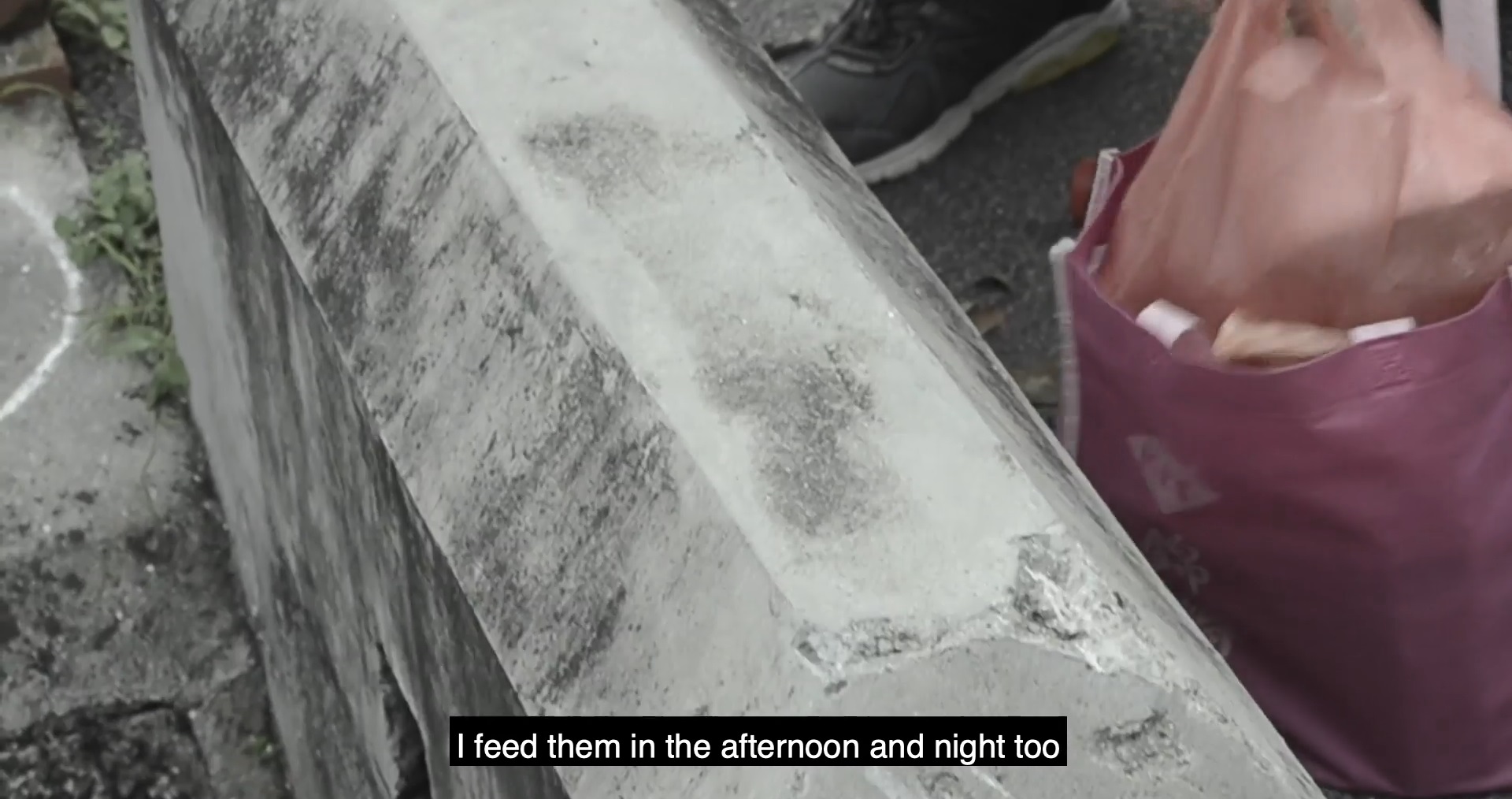 Pays for cats’ basic needs & vet fees with own money

Taking care of community cats is no mean feat and it’s especially damning to the pocket.

However, the elderly cat feeder has taken up ad hoc jobs in his old age to pay for them.

He mentions working with newspaper deliveries as a source of income to offset the expenses for the cats.

While the job only paid $5.50 an hour back when he was interviewed in 2019 (totalling to $231 a month), he puts the cats’ needs before his — mentioning that it’s sometimes hard to even feed himself. 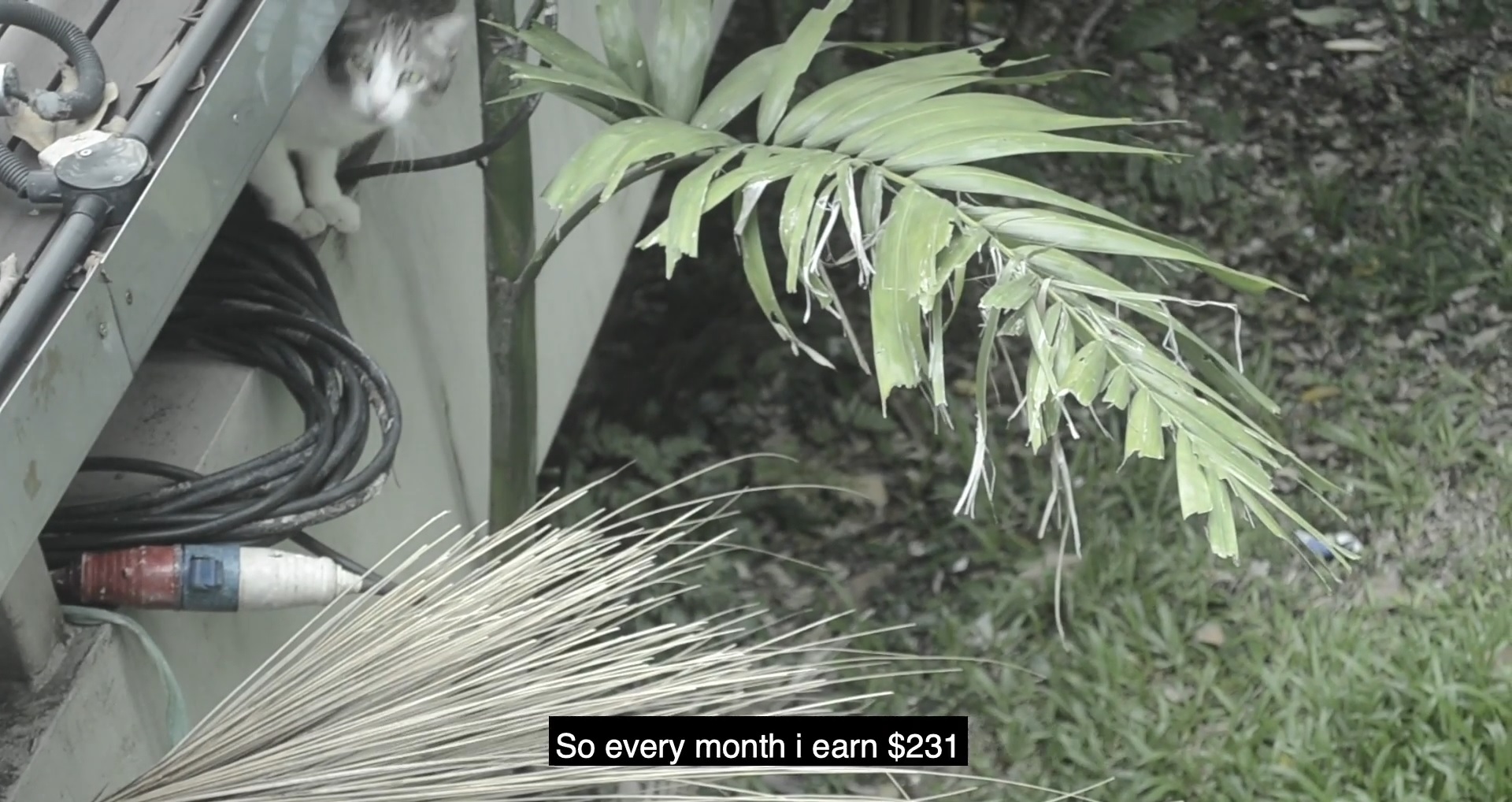 Even though he gets help from friends sometimes, his family has allegedly shunned him for feeding cats and tells him that he ‘has nothing better to do’. 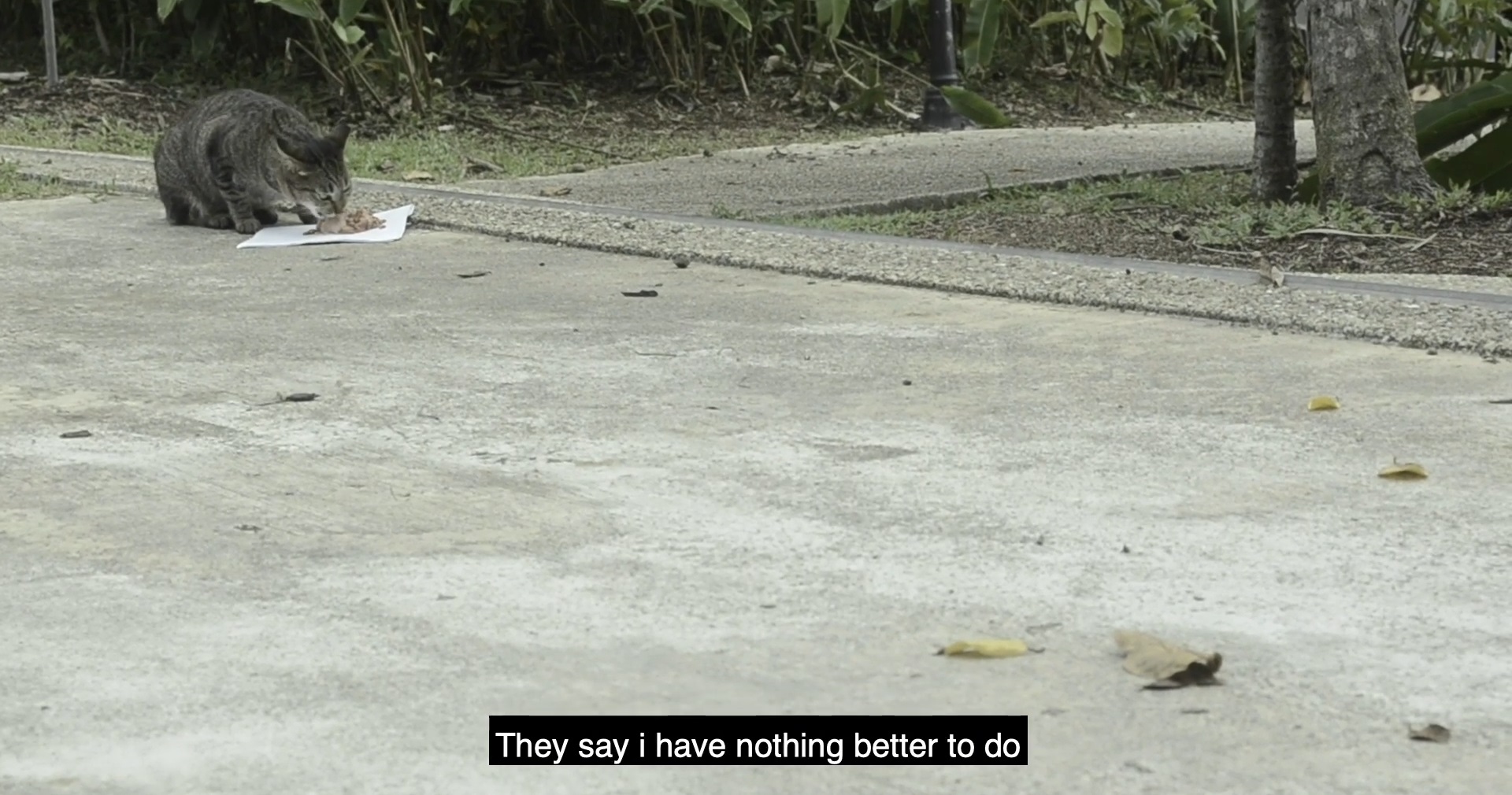 Despite the challenges he faces, all he asks for is that no one bullies his cats.

With a few poignant last words, he wonders if there will be anyone who’ll take care of the cats one day when he passes on. 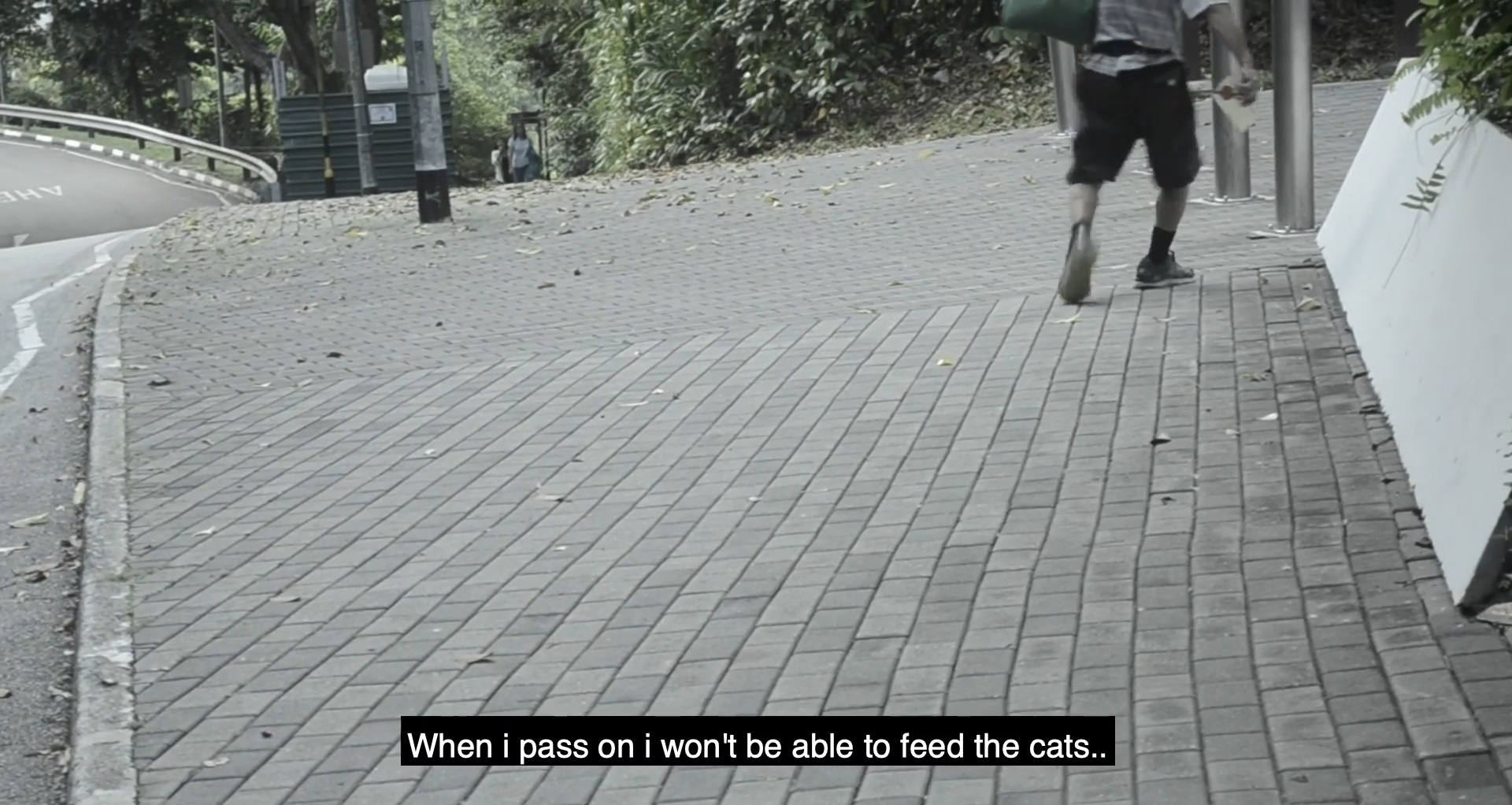 Cat lovers can do their part

Cat lovers in Singapore have it tough from HDB bans to violent crimes against innocent cats, that they can’t seem to catch a break.

That’s why it’s important that we unite and start growing foundations for a country where we can coexist with cats from all walks of life peacefully.

And that starts with supporting the local community cat feeders and their selfless love for our neighbourhood feline friends who are there to welcome us home every day.