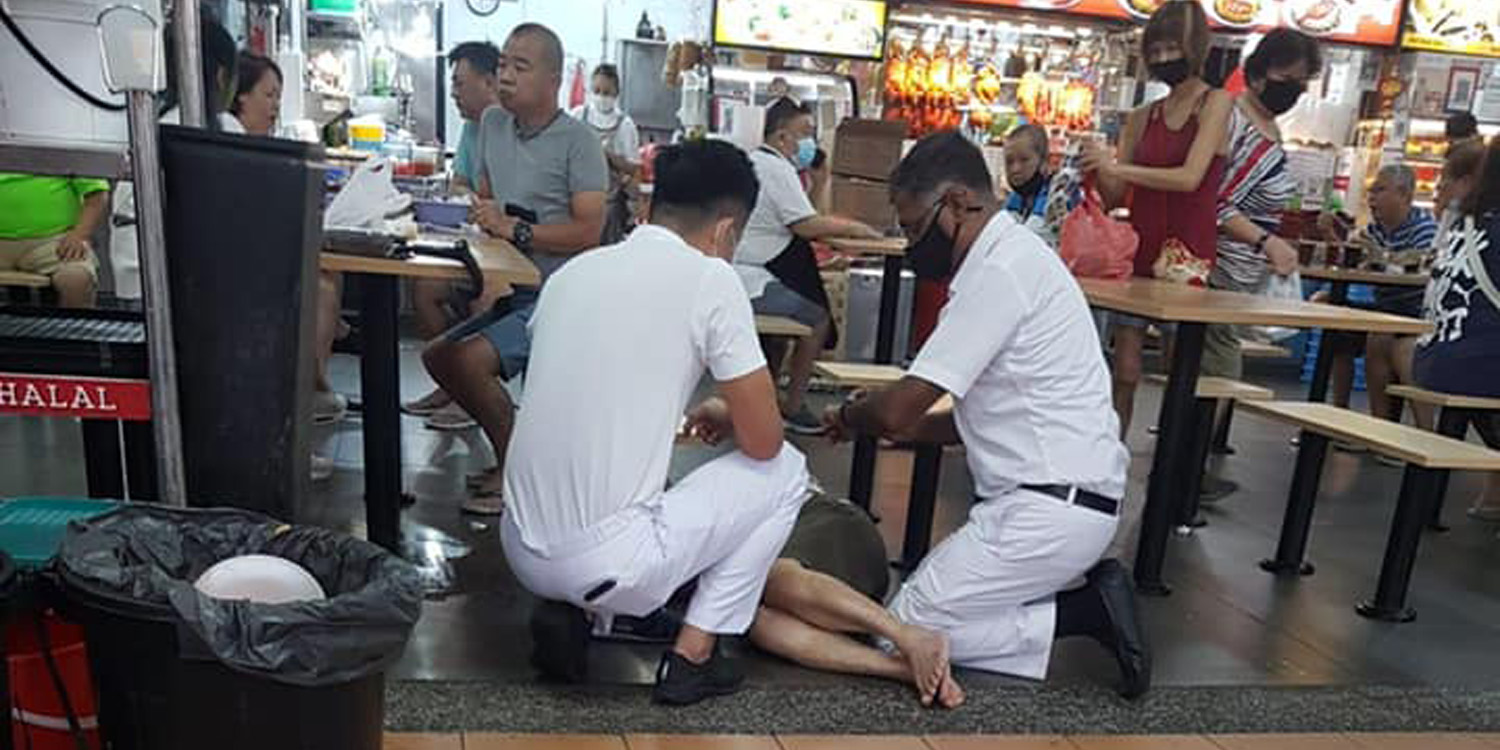 The elderly man was conveyed to the hospital.

Witnessing someone collapse in public will alarm the best of us. The most important thing to do is to ensure that the person gets the help they need.

On Saturday (27 Mar), Bukit Batok MP Murali Pillai was having breakfast at a kopitiam in Bukit Batok when an elderly man collapsed nearby.

He rushed to help him, following instructions from the Singapore Civil Defence Force (SCDF).

Soon, SCDF personnel arrived at the scene and sent the elderly man to the hospital. Mr Murali took to Facebook to recount the entire experience the next day on Sunday (28 Mar). 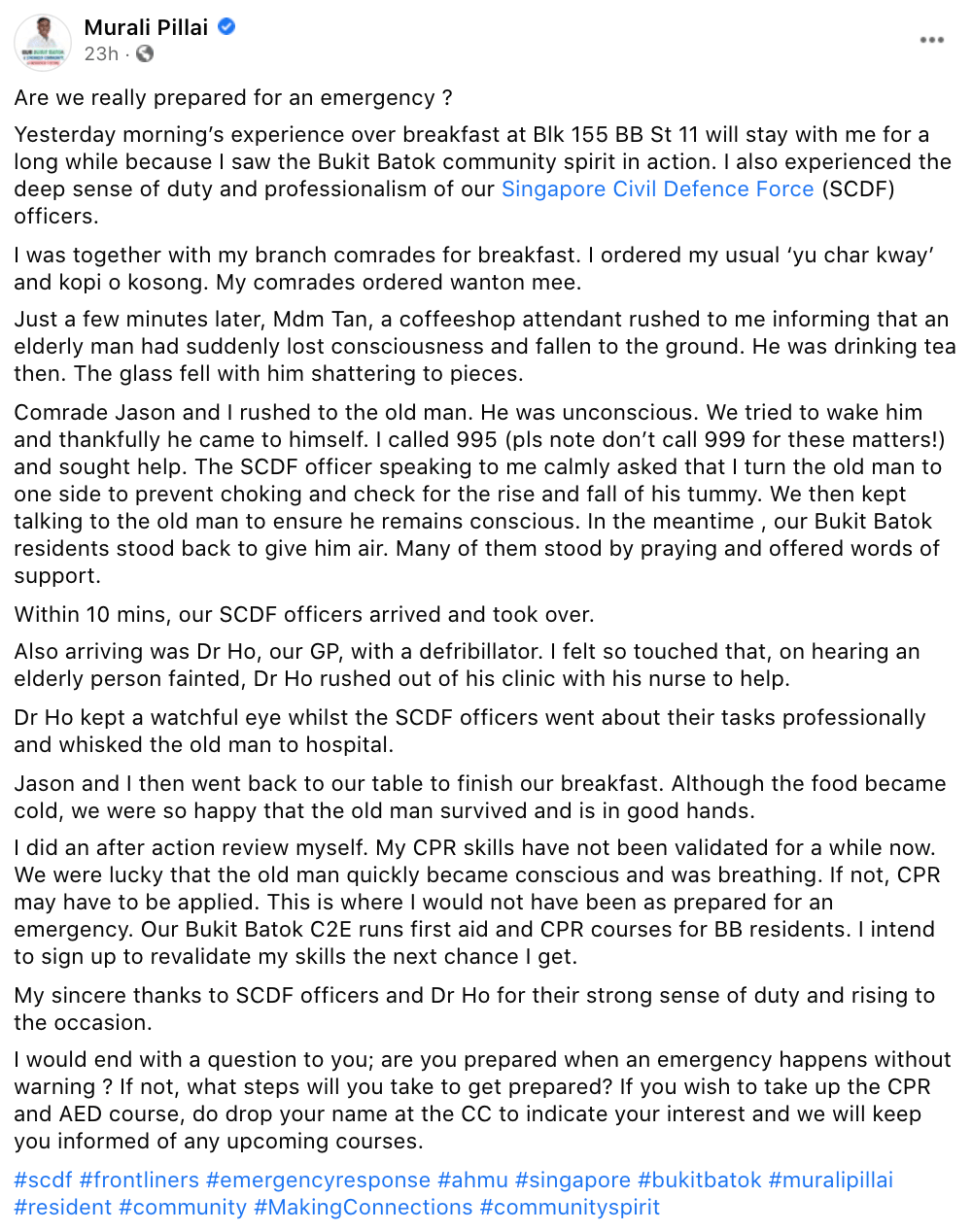 On Saturday (27 Mar) morning, Bukit Batok MP Murali Pillai said he was having breakfast with some teammates at the kopitiam at Block 155 Bukit Batok Street 11. He was enjoying his kopi o kosong at the time when a coffeeshop attendant rushed up to him, telling him an elderly man had fainted and fell to the ground.

The man was drinking tea at the time and the glass cup had fallen on the ground too, shattering to pieces.

Hearing this, Mr Murali and his teammate Jason rushed to the elderly man’s side. But thankfully, the man regained consciousness on his own after a while.

Mr Murali dialled ‘995’ for assistance. Following SCDF’s advice, Mr Murali turned the elderly man to his side to prevent him from choking.

He was also instructed to check for the rise and fall of the man’s tummy.

At the same time, they continued having conversations with the man to keep him conscious.

Within 10 minutes, the SCDF team arrived and took over.

In his Facebook post, Mr Murali shared that Dr Ho, the General Practitioner (GP) had also rushed out of his clinic with his nurse to help after hearing of the situation. He was even armed with a defibrillator.

Following that, SCDF conveyed the elderly man to the hospital after checking on him.

Reflecting upon the incident, Mr Murali was thankful that the elderly man was conscious and breathing soon after collapsing.

Otherwise, he thought, CPR may have had to be administered and Mr Murali shared that his own CPR skills were a little out of practice. He might not have been prepared for the emergency.

Mr Murali says he now plans to sign up to revalidate his skills at Bukit Batok’s C2E under their first aid and CPR course.

The MP concluded his post by encouraging the public to take up CPR and AED courses so they can be prepared for such emergencies.

Wishing the man a speedy recovery

Kudos to Mr Murali and his teammate for being so proactive in helping out his residents.

It’s truly times like these that we feel the gravity of being prepared in such emergencies.