Taxi drivers are our unsung heroes — they often work long hours ferrying their customers between destinations.

On Monday (27 May), a Facebook user named Ms Leong shared footage of a limping elderly taxi driver who got into a traffic accident.

Citing the mishap, she ponders if older drivers should be allowed on the roads if they’re not in the physical shape to drive. 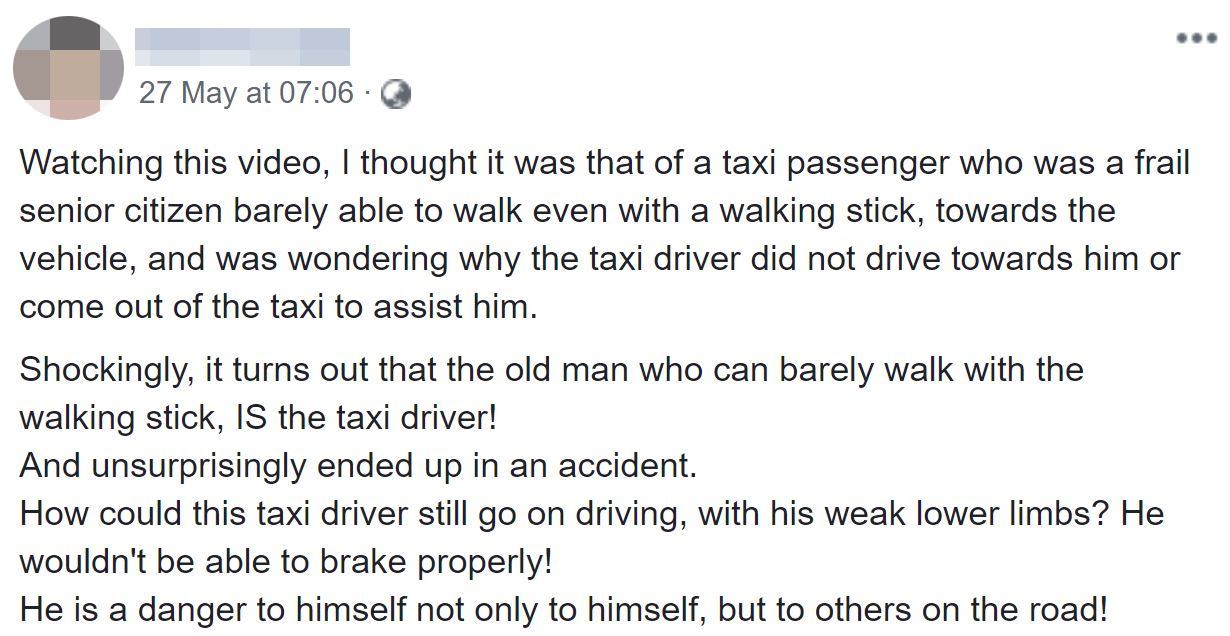 Limping elderly man turned out to be a taxi driver

Ms Leong shared a video showing an elderly man limping to a stationary taxi at a petrol kiosk. 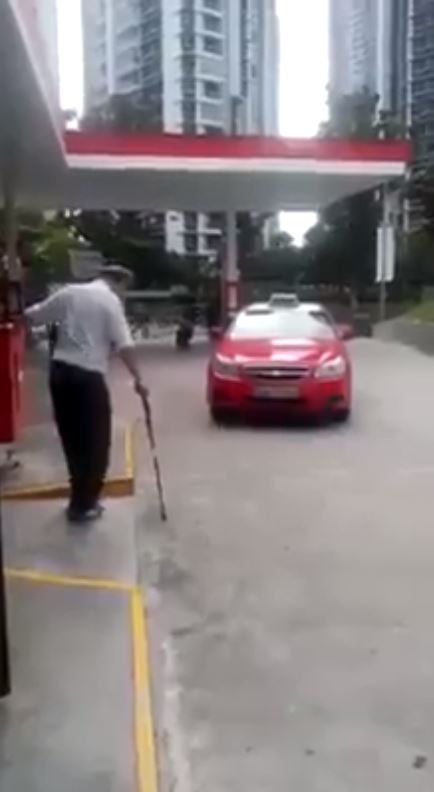 The man appeared to be rather frail and was struggling to walk even with his walking stick. 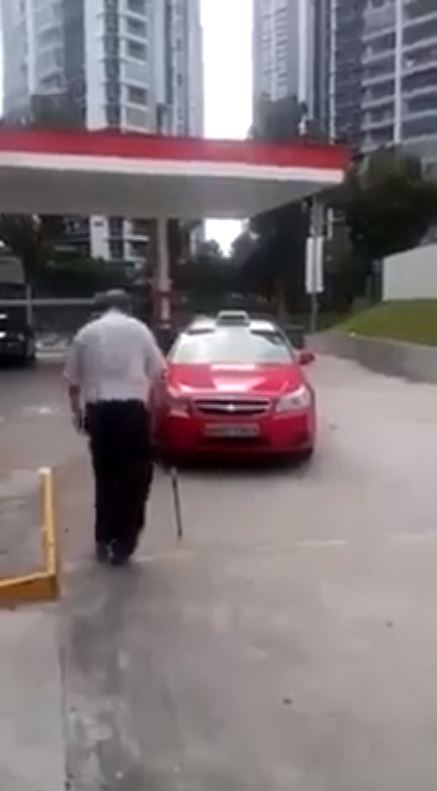 Initially, she thought he was a taxi passenger and wondered why the driver didn’t drive towards him or approach him to lend a helping hand. 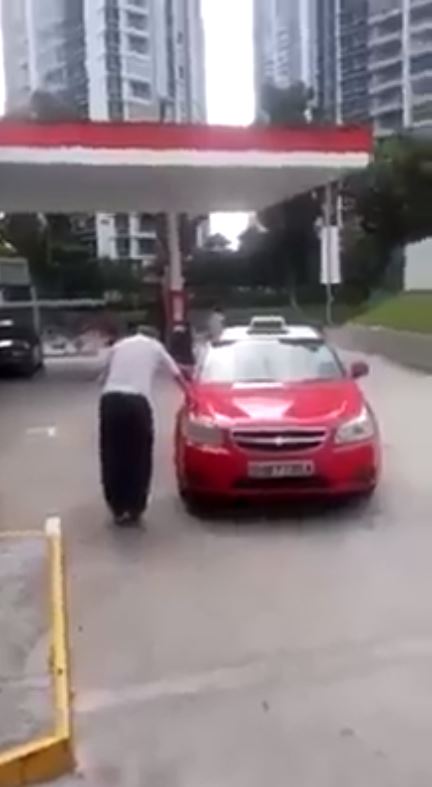 She was later appalled to find that the elderly man was the taxi driver himself. 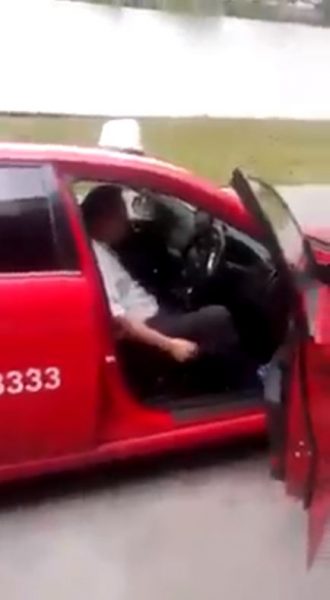 Got into a traffic accident

Coincidentally, Ms Leong witnessed the taxi driver getting into an accident later on. 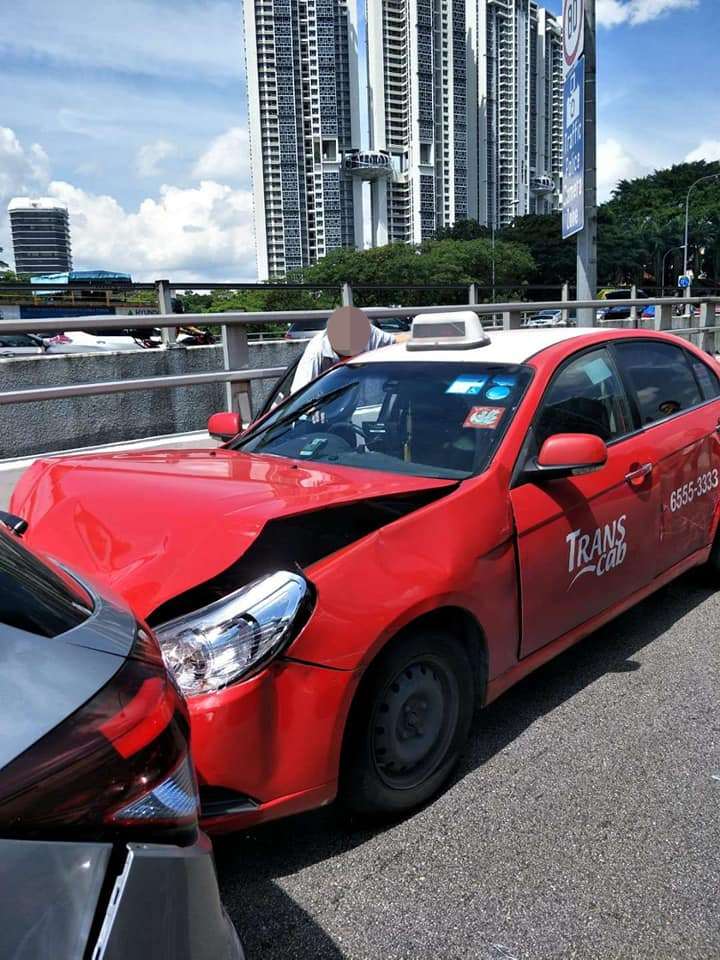 This was “unsurprising” to her and she questioned why he was even allowed to drive when he was in such a poor physical state.

She suggested that his “weak lower limbs” might have resulted in him not being able to “brake properly”. She ends off by pointing out that he may pose a danger to not only himself, but to other road users as well.

Netizens empathise with the driver

Seeing the elderly driver’s plight, many netizens were empathetic towards the driver.

This netizen pointed out that circumstances could have left him with no choice but to take on the job of being a taxi driver.

Another commented that taxi companies should be blamed for this elderly man’s plight, and raises the point that the retirement age for taxi drivers is actually 75 years old.

Help them find another source of livelihood

While Ms Leong suggested that the elderly man should not be allowed to drive, let’s not forget that they are not spared from the realities of life — in particular, the fact that he has to earn a living, just like all of us.

However, it is undeniable that such drivers may pose a safety hazard both for themselves and other road users.

Perhaps, there could be new initiatives by the government to match them with less strenuous jobs that cater to their physical limitations.

Such measures could keep them relevant to the workforce and help them find a source of livelihood without endangering his life and those around him.