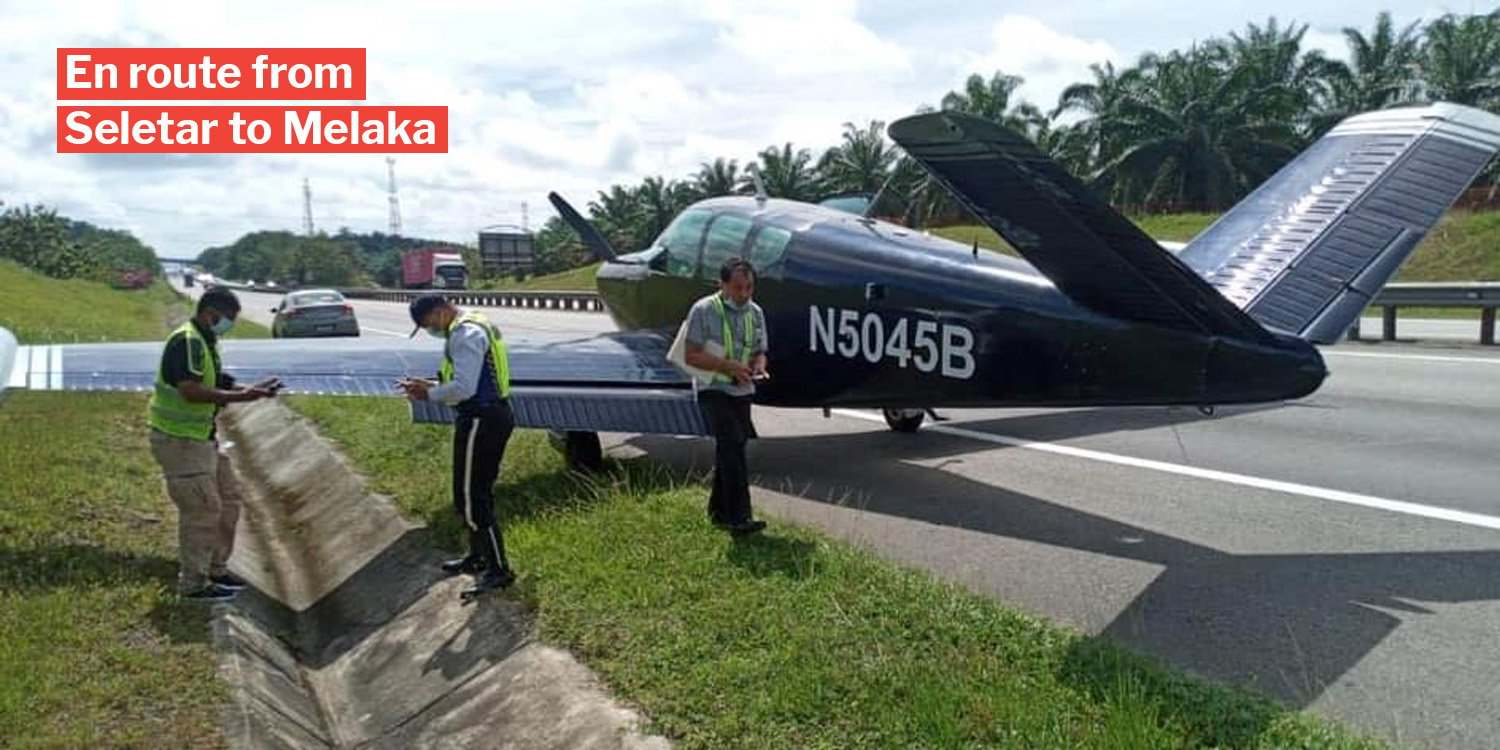 Police & firemen helped to push the aircraft away from traffic.

Motorists travelling along the highway in Johor this morning had the opportunity to witness a bizarre sight.

A light aircraft from Singapore made an emergency landing near Sedenak, Johor – around 49km northwest of Johor Bahru – due to technical issues. 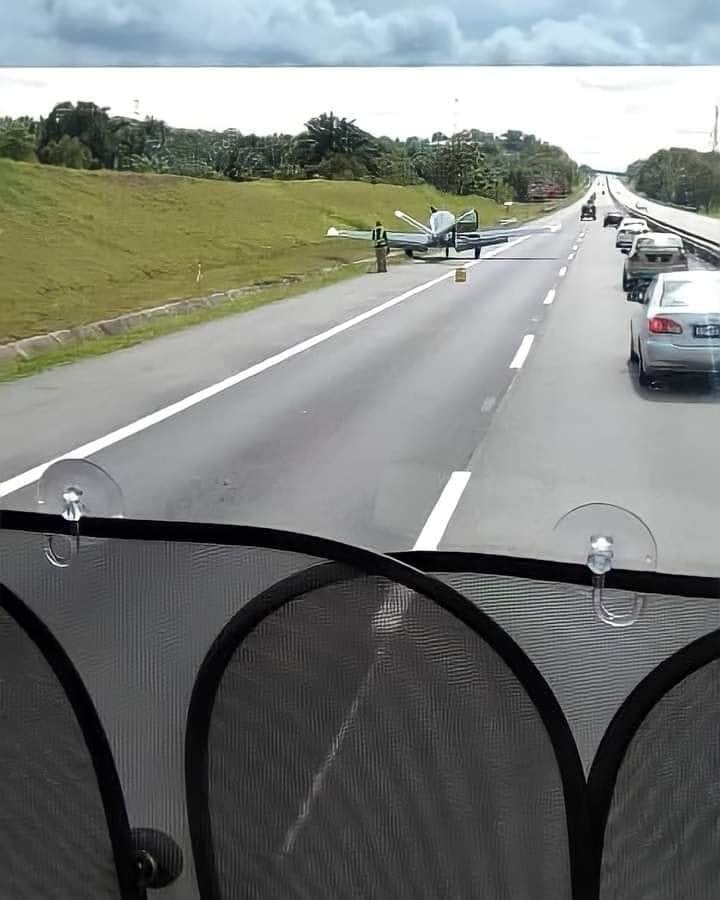 As a result, dozens of firemen and police personnel were deployed to the scene, as seen in a video uploaded by the Royal Malaysia Police below.

They later helped to push the aircraft to the roadside so that the highway will no longer be obstructed.

According to a media release by Civil Aviation Authority of Malaysia (CAAM), CEO Captain Chester Voo confirmed that a plane from Singapore had made an emergency landing this morning (22 Nov). 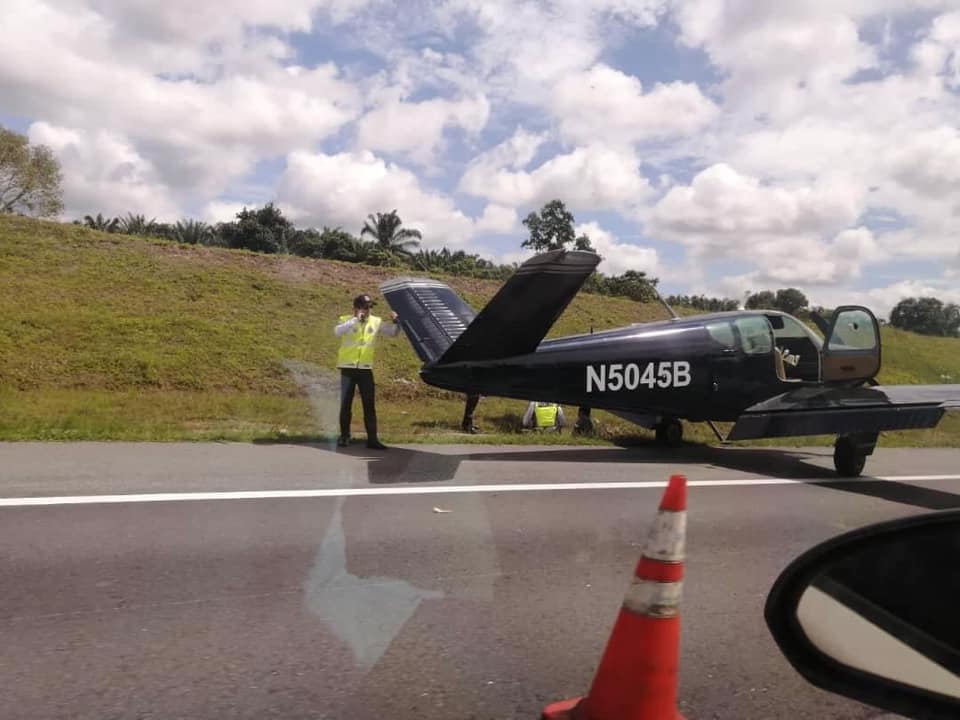 The private plane – a light aircraft type Beechcraft Model 35 Bonanza – was operated by Premier Air Singapore, and was on the way to Melaka from Seletar Airport.

CAAM Johor’s Air Traffic Control Tower received a request from the Singaporean pilots at 10.40am to land at Senai International Airport in JB due to technical issues.

Despite the emergency landing, Captain Voo said the pilots are in stable condition.

The aircraft was also successfully moved out of the way so motorists may continue to use the highway at ease.

Here’s another video of the plane after it was moved to the side of the road.

Johor police said the pilots were flying at around 5,000 ft above ground when they heard a strange noise from the engine at 11.05am.

The plane’s engine was reportedly malfunctioning, as the petrol gauge “fell rapidly”.

They then made an emergency landing at the 47.8km mark of the highway’s southbound lane. 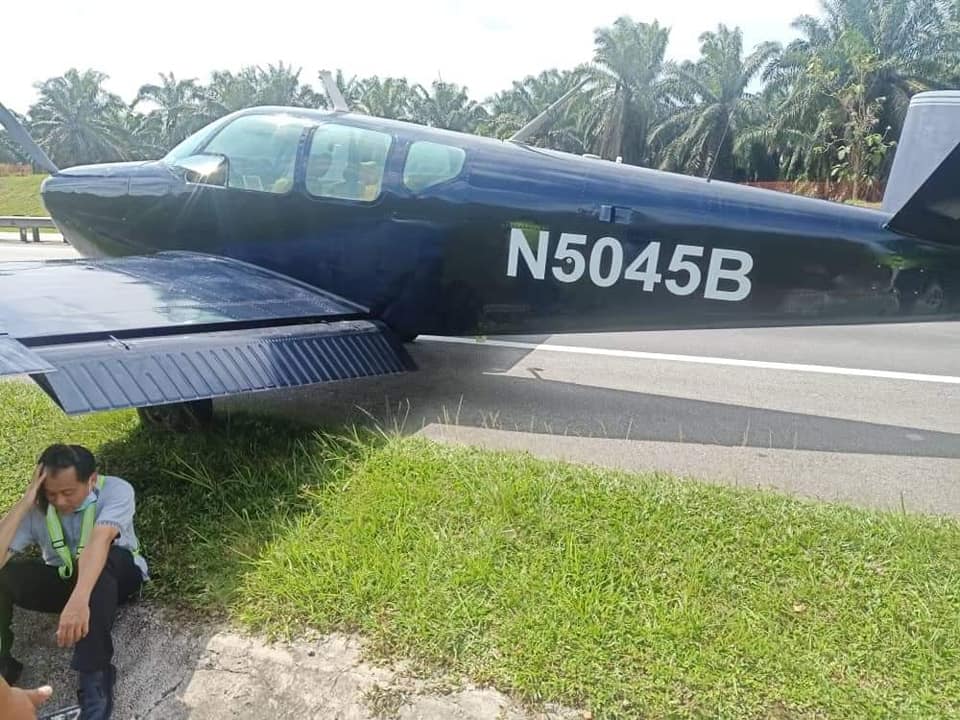 Johor police also confirmed that there were no injuries, and no damage to public property in the incident.

Despite having to deal with a malfunctioning engine, we’re glad that the 2 pilots were quick to act and landed safely.

Though we can’t help but wonder if they will have to undergo quarantine now due to Covid-19 safety measures.

Anyway, kudos to the Malaysian authorities for swiftly moving the plane to the side of the road, so motorists can continue using the highway.