There is a new campus in Bishan, but you wouldn’t know it from passing by.

You know ah, Eunoia JC looks more like a lifestyle destination than a campus at times. 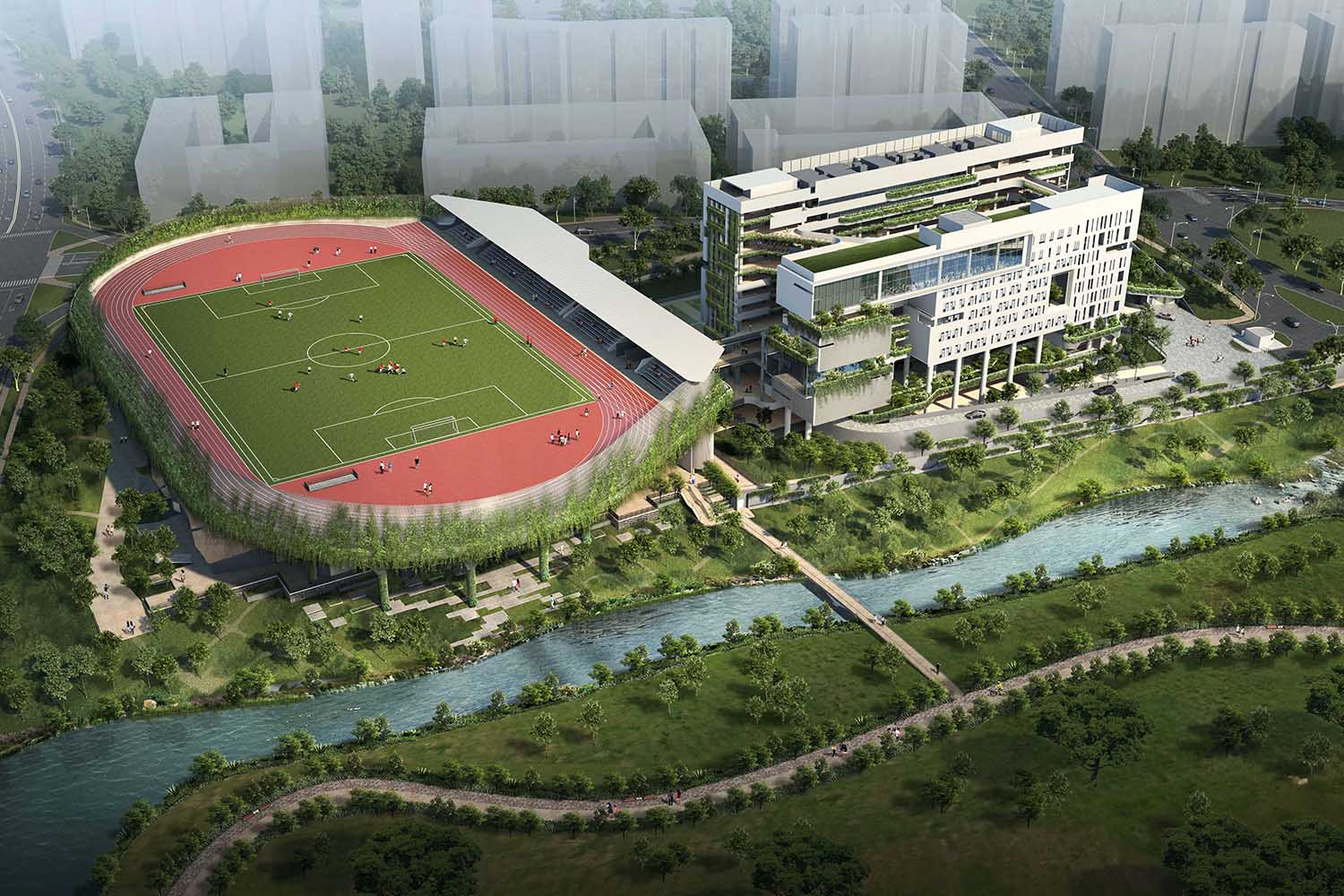 But if you got that impression, it actually makes sense: The building on the left with the rooftop (!) football field and track is actually a centre for student activities.

This is where the canteen, Bishan North Community Club (CC), as well as a 900-seat auditorium and lecture theatre are located.

But that’s not all: 2 tall blocks – a rarity for schools here – form the classrooms where students will bunker down for their studies. 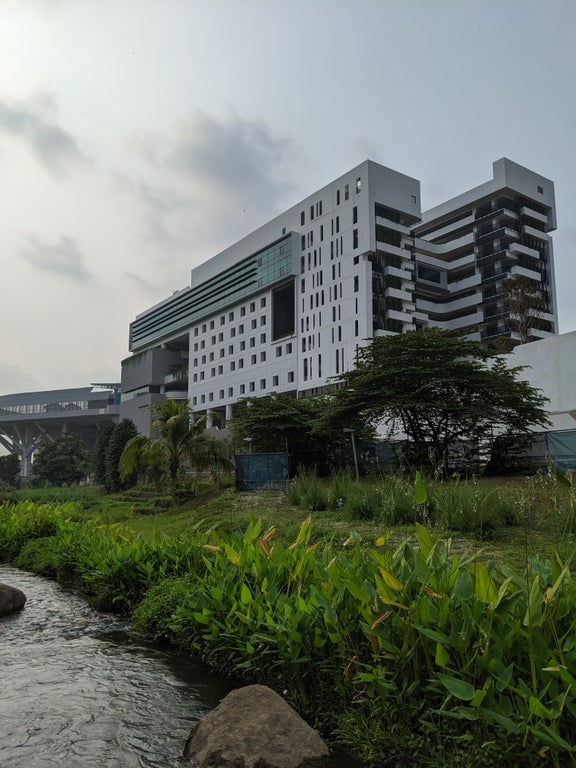 These blocks are 12 and 10 storeys high respectively, and we expect there to be lifts installed.

Quite frankly, I’d be frequently distracted if I were studying at Eunoia JC’s library.

The 2-storey library directly faces Bishan-Ang Mo Kio Park, and we gotta say that the view is simply stunning. 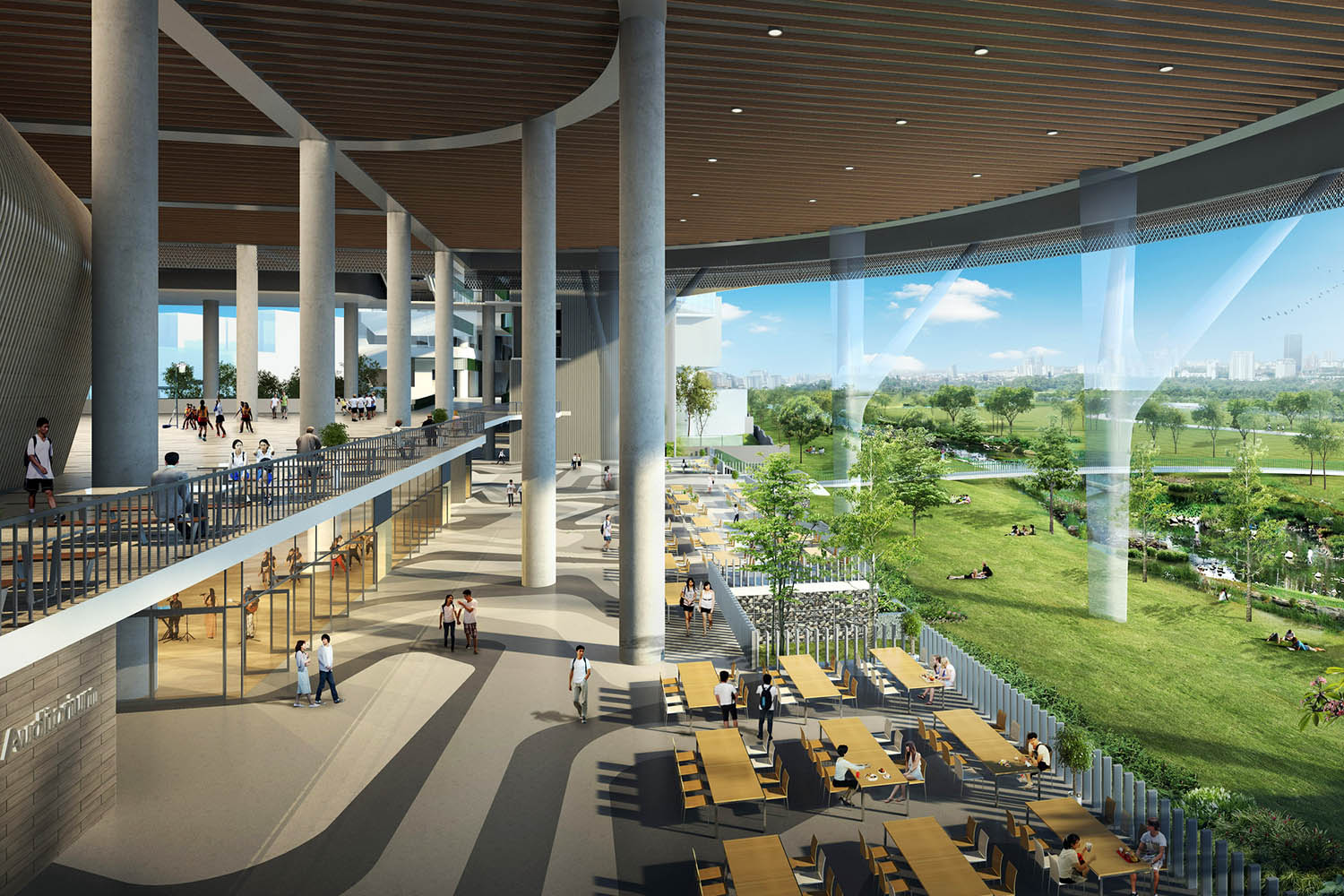 There’s just a ton of greenery surrounding the campus and within it – a sight for sore eyes. If you’re wondering why the campus is tall rather than wide, Channel NewsAsia (CNA) reports that the campus is actually smaller than most other JCs, at 4hainstead of 6.

However, we think the scenery more than makes up for the lack of size.

Costing an estimated $144 million to build, the campus is located close to the upcoming Bright Hill MRT Station, on the Thomson-East Coast Line.

Integrated CC will allow students to mingle with community

The student centre, as has been mentioned, will include the Bishan North CC, which will give students the chance to give back to the community right at their doorstep.

According to principal Mrs Wong Mei Heng, students can get involved in activities such as reading and digital literacy programmes for children and the elderly respectively, and also organise events for residents.

The rooftop sports field will be where track and field and football events will take place.

The only thing we’re probably missing here is a shopping mall, to be honest.

Students will move into Eunoia JC Bishan campus on 6 Jan

While we’ve waxed lyrical about how much Eunoia JC looks like a lifestyle destination, it is in fact a place of learning.

Students will move into the campus next Mon (6 Jan) from where they are currently located, at Mount Sinai.

We daresay the students will find that the new campus is a pretty green experience. Just pray that the lifts don’t break down.