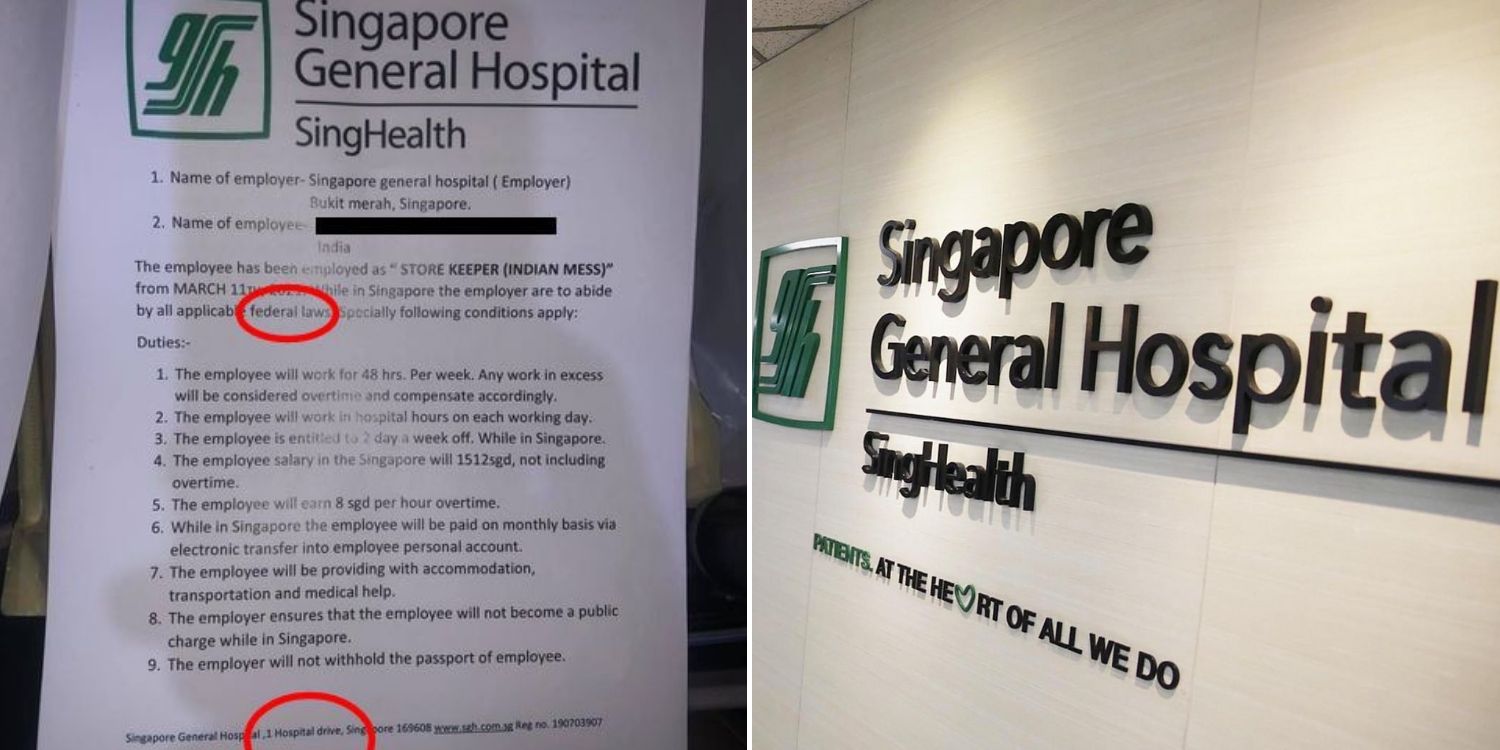 To start with, it has the wrong address.

The pandemic has made many things harder, and finding a job is arguably one of them.

With many around the globe desperate for employment, it can seem easy to fall prey to fake job promises.

Recently, a forged employment letter from the Singapore General Hospital (SGH) has allegedly been circulating in India.

The hospital has taken to social media to identify the counterfeits, and warn the public of potential employment scams. 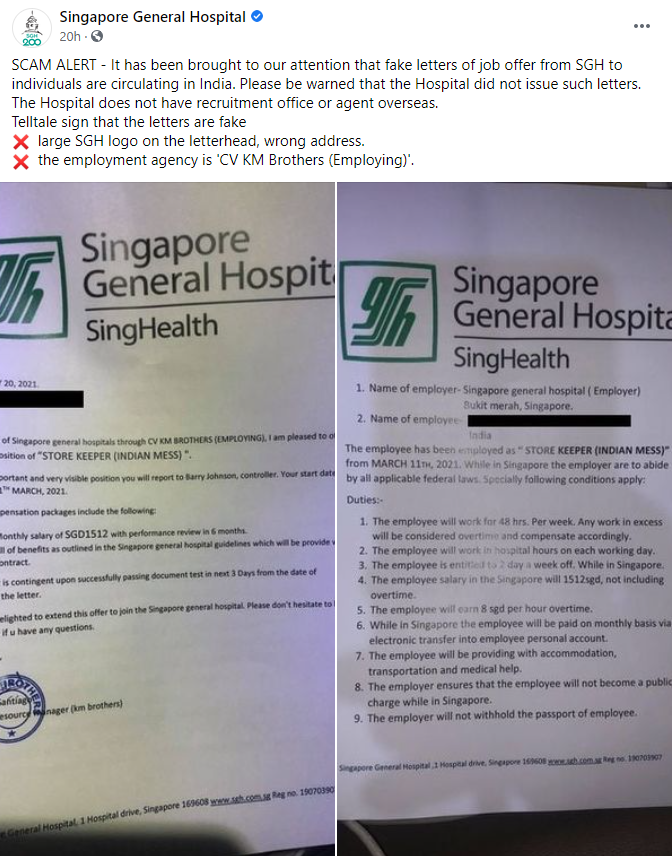 A letter offering the job of a ‘store keeper’ at SGH has allegedly been finding its way to individuals in India.

In response to the counterfeit letters, SGH says that it did not issue such letters.

The hospital also doesn’t have recruitment agencies or offices overseas, as the offers claim to be made though an agency called ‘CV KM Brothers (Employing)’.

A closer look at the letter reveals signs that the document perhaps ought not to be trusted.

First, the employer from which the HR manager signs off is ‘CV KM Brothers (Employing)’ – a recruitment agency, instead of SGH itself. 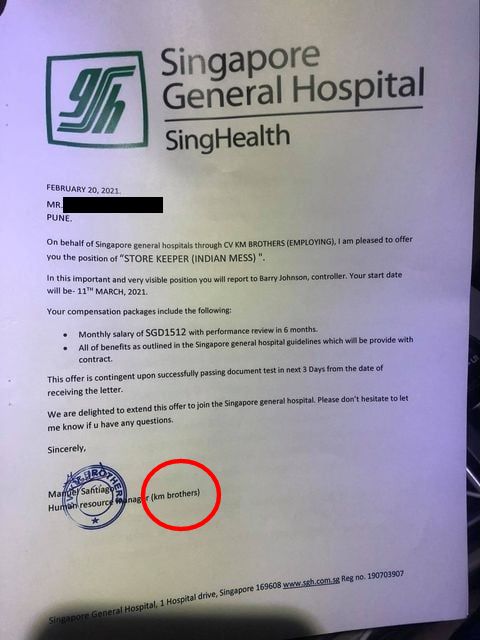 Unlike our neighbouring Malaysia, or countries like the U.S. or Germany, Singapore is not a federation. This means that we don’t comprise different states, and hence have no ‘federal law’ to speak of. 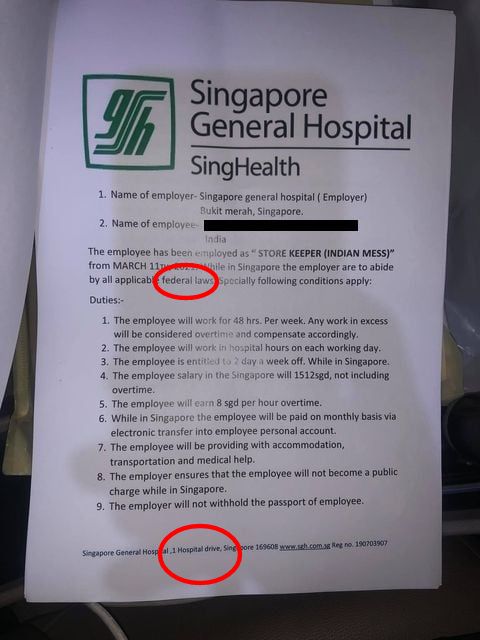 More alarmingly, the letter apparently has the employer’s address wrong. Instead of 1 Hospital Drive, SGH’s address is simply Outram Road, it being a campus with different blocks.

Furthermore, the letter is peppered with grammatical inaccuracies one wouldn’t expect in a professional document.

As such, SGH warns the public of potential scams from job agencies using overseas employment as bait.

Be careful of employment hoaxes

In a time when getting a job is challenging, such letters can certainly seem promising.

However, we shouldn’t let the situation get the better of us. Instead, we should remain vigilant and warn others who may fall victim to scams.

Hopefully, the recipients of these letters are aware of the hoax, and will avoid taking any actions that may compromise their safety.