Some of us have celebrities or athletes as role models because they appear high profile. But to some, role models are not those seen on screens in glittering outfits and golden trophies. Instead, they are much closer to heart.

In a heartwarming Facebook post dated 12 Jul, youth mentor Sahri Jumaat reminds us of exactly that and his role model? His father — a simple man with a simple job. 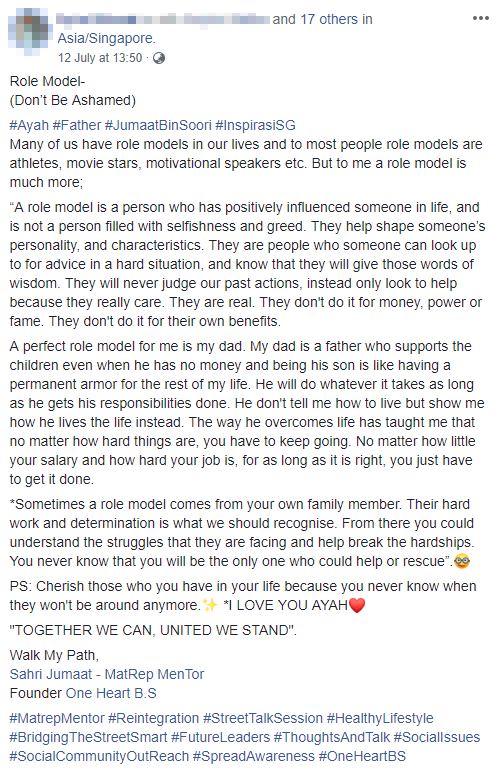 A father and role model

Dedicating the post to his father, whom he describes as a ‘perfect role model’, Sahri talks about how a role model should shape or influence others positively without motivations of greed or selfishness. 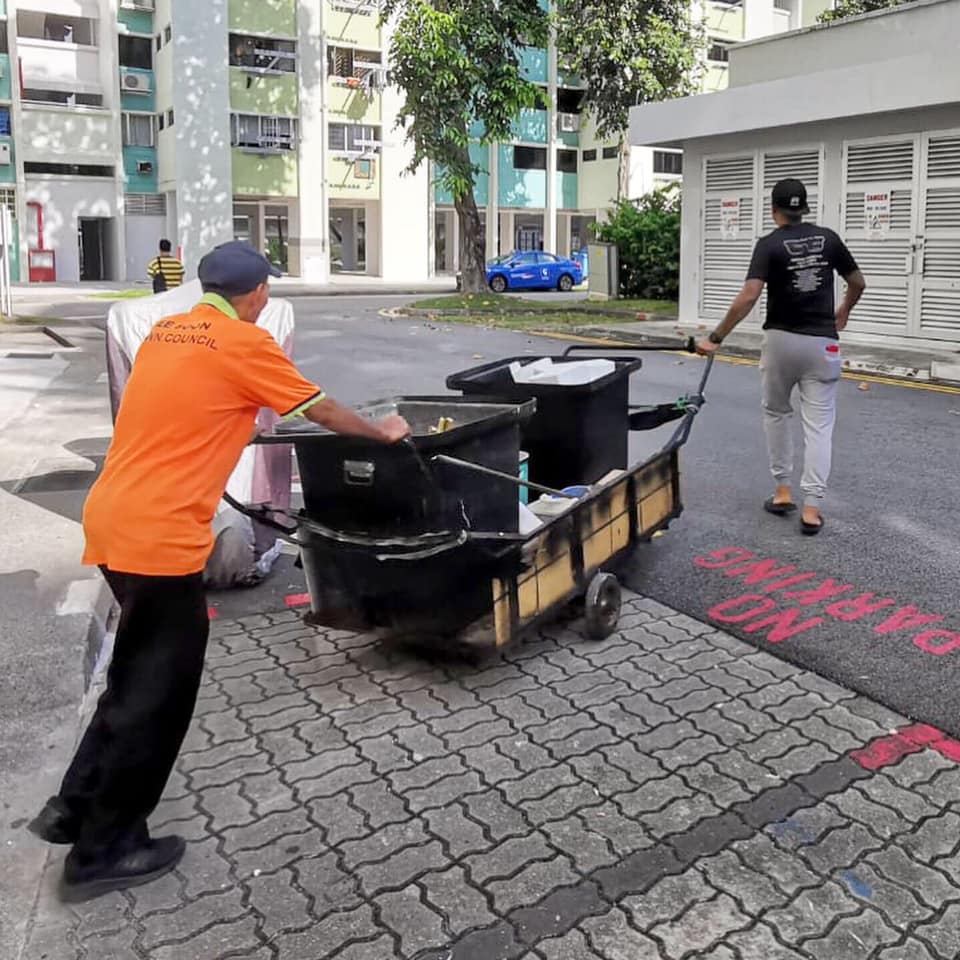 Sahri’s father will offer words of wisdom when his son is having a hard time. He won’t judge others for their past actions or help them for selfish reasons, because he legitimately cares about them.

Sahri’s father makes sure to fulfill his responsibilities and will do whatever it takes to get them done. Even when he has no money, he will support his children.

No matter how little your salary and how hard your job is, for as long as it is right, you just have to get it done. 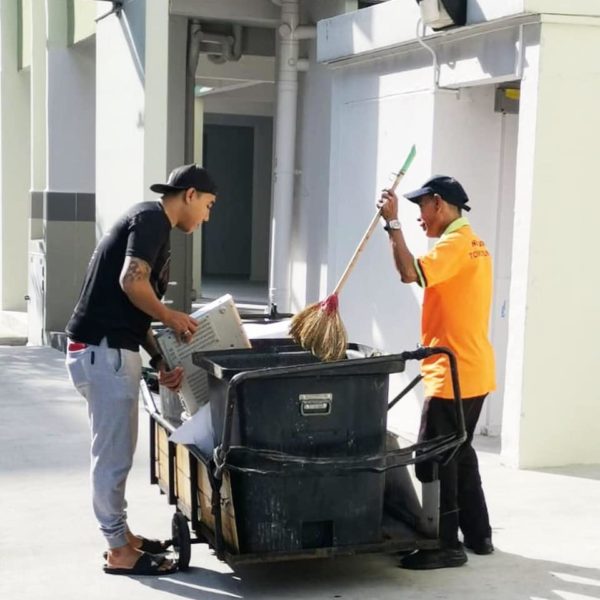 A lesson in responsibility indeed.

Sahri also talks about how his father would speak with his actions rather than words, “(not telling) me how to live but show me how he lives the life instead”.

Another gem in the post: “no matter how hard things are, you have to keep going”.

The second quote is particularly worthy of praise. Resilience is just as important as responsibility, and these two words often go hand-in-hand. Things may get rough, but the key is to not give up and persevere.

Appreciate your loved ones for all they’ve done

Truly, Sahri’s father deserves our utmost respect for being a rock to his children, doing whatever is needed to support them unconditionally.

It is not always easy to spot the little things that parents do, and the exemplary actions of our loved ones may be lost in the day-to-day struggles we face.

The Facebook post reminds us that being a role model does not always have to be expressed through exaggerated displays of encouragement.