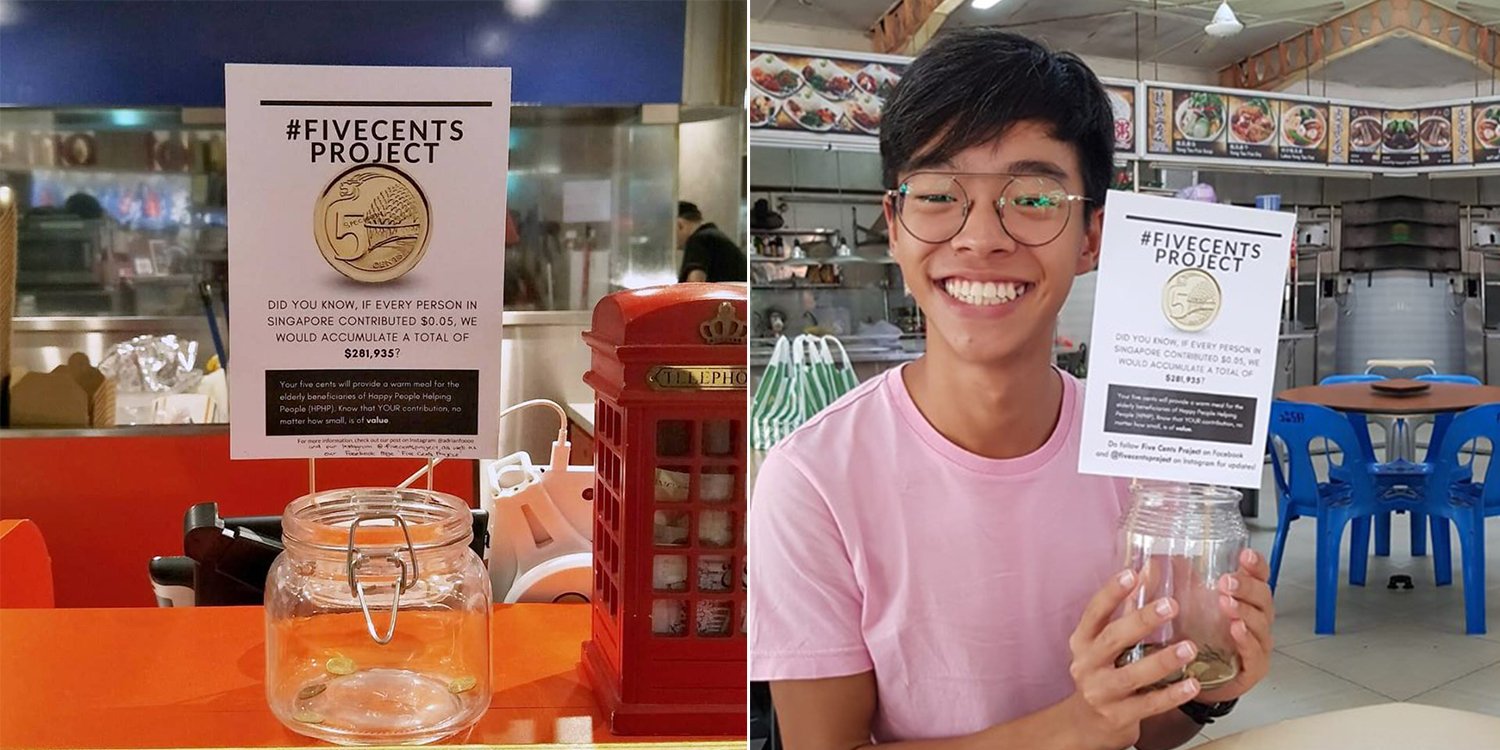 For many, 5-cent coins are a burden — they weigh down our wallets, and we can’t even use them for payment at certain shops.

Enter the Five Cents Project, a charitable initiative started by a Singaporean youth, Adrian Foo, which collects our ‘useless’ 5-cent coins to raise money for needy elderly in society. 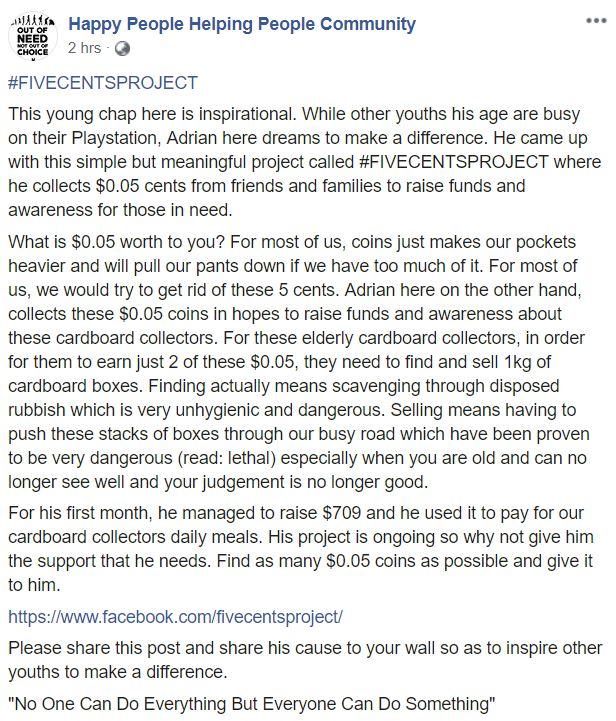 Adrian started by collecting 5-cent coins from his family and friends to raise money for the elderly beneficiaries of HPHP.

He later decided to reach out to more donors by setting up collection jars at various shops around Singapore.

The funds raised are used to support elderly cardboard collectors in Singapore who often work in unclean and unsafe environments.

With the funds, they can afford their daily meals, which would greatly ease their burdens.

Five Cents Project raised over $700 in a month

In the first month of the project, Adrian has successfully collected $709 worth of 5-cent coins, which is an impressive feat.

The money was used to pay for the cardboard collectors’ daily meals. If you’d like to contribute, there are currently 3 collection points where you can drop your 5-cent coins at:

For many of us, 5-cent coins may not mean much, but no act of kindness is too small to achieve great things.

If every person in Singapore contributed a mere 5-cent coin, we could raise a whopping total of $281,935 for piping hot meals for the elderly.

So contribute to Adrian’s humble project and make a big difference in the lives of those in need today!