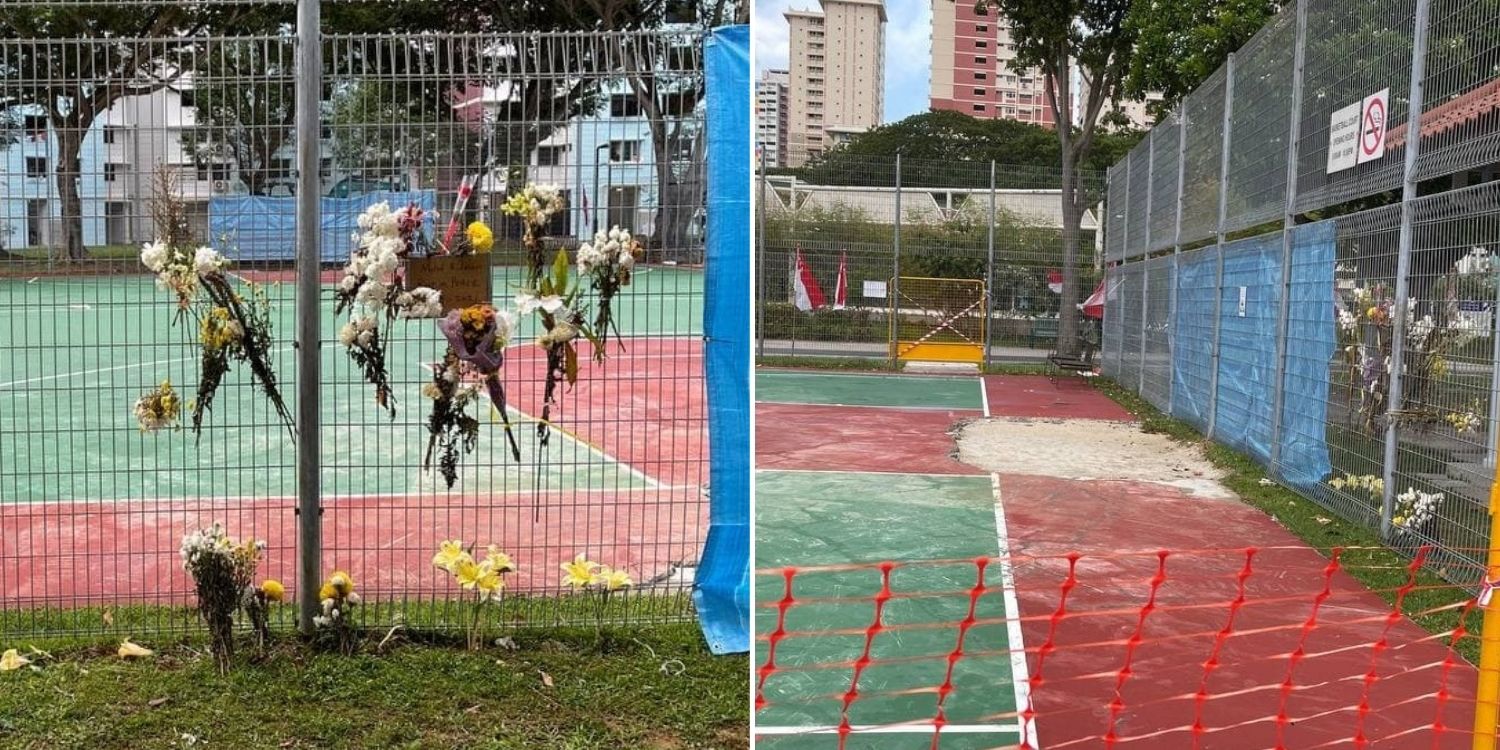 A 2nd basketball court in Bedok has also been closed.

A tragedy where a young life is lost out of the blue usually prompts an outpouring of grief among the public.

But for those who don’t know the deceased, 1 of the few things they can do to pay tribute at the site of the tragedy by leaving flowers there.

Similarly, when a teenager passed away after a basketball stand in Bedok fell on him, flowers were left next to the court. Though the incident occurred on 26 Jul, the flowers were still seen some 2 weeks later – an enduring reminder of his life.

In photos taken by an MS News reader at about 6.30pm on Sunday (8 Aug), at least 16 small bouquets of flowers can be seen hanging or leaning on the fence.

The court itself – which is next to Block 18, Bedok South Road – has a sign saying it’s “temporary close(d)”. 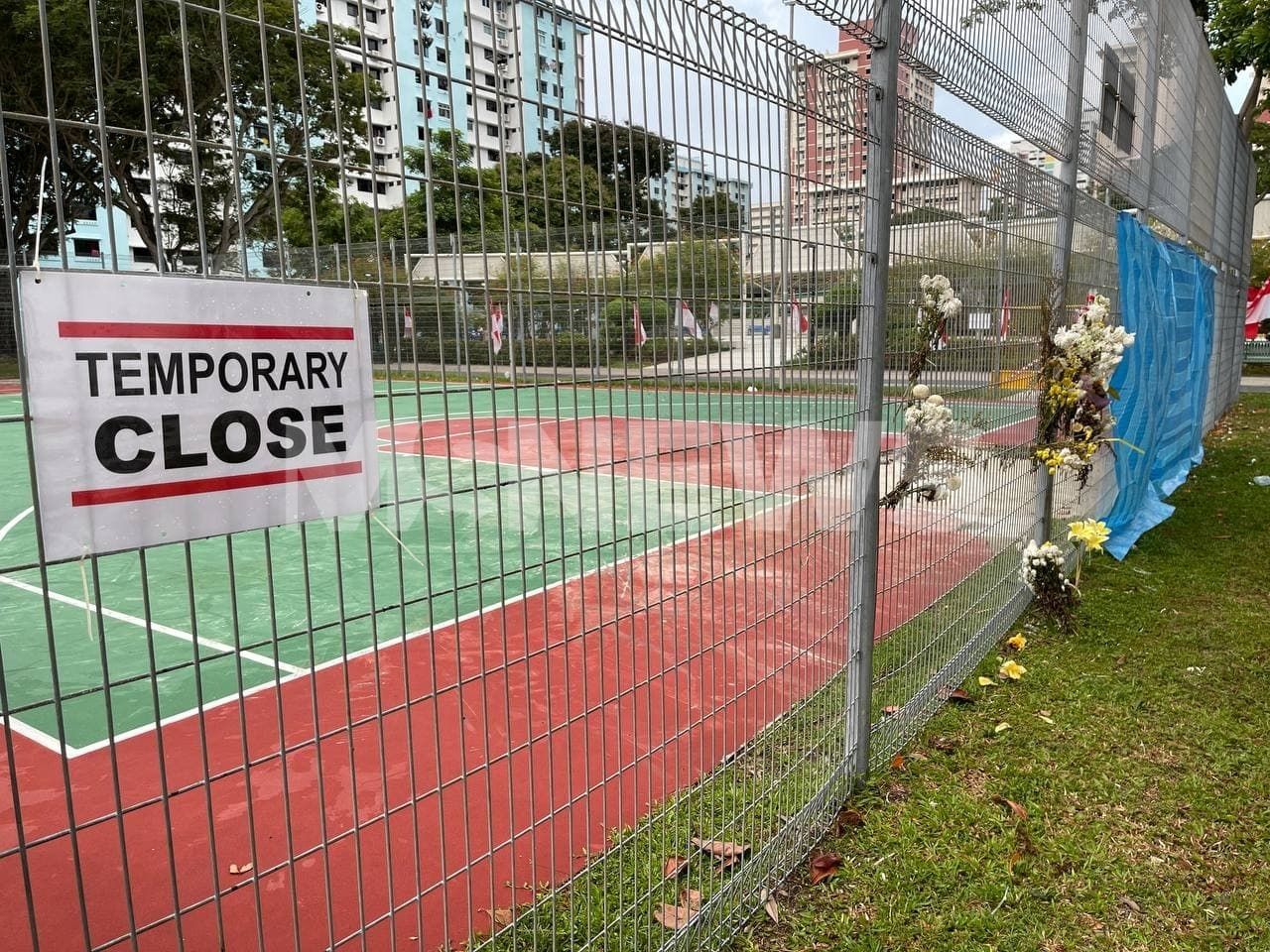 Accordingly, there’s a cordon and barricades around it.

The basketball stand that fell has been removed, with bare concrete in the area where it used to be. 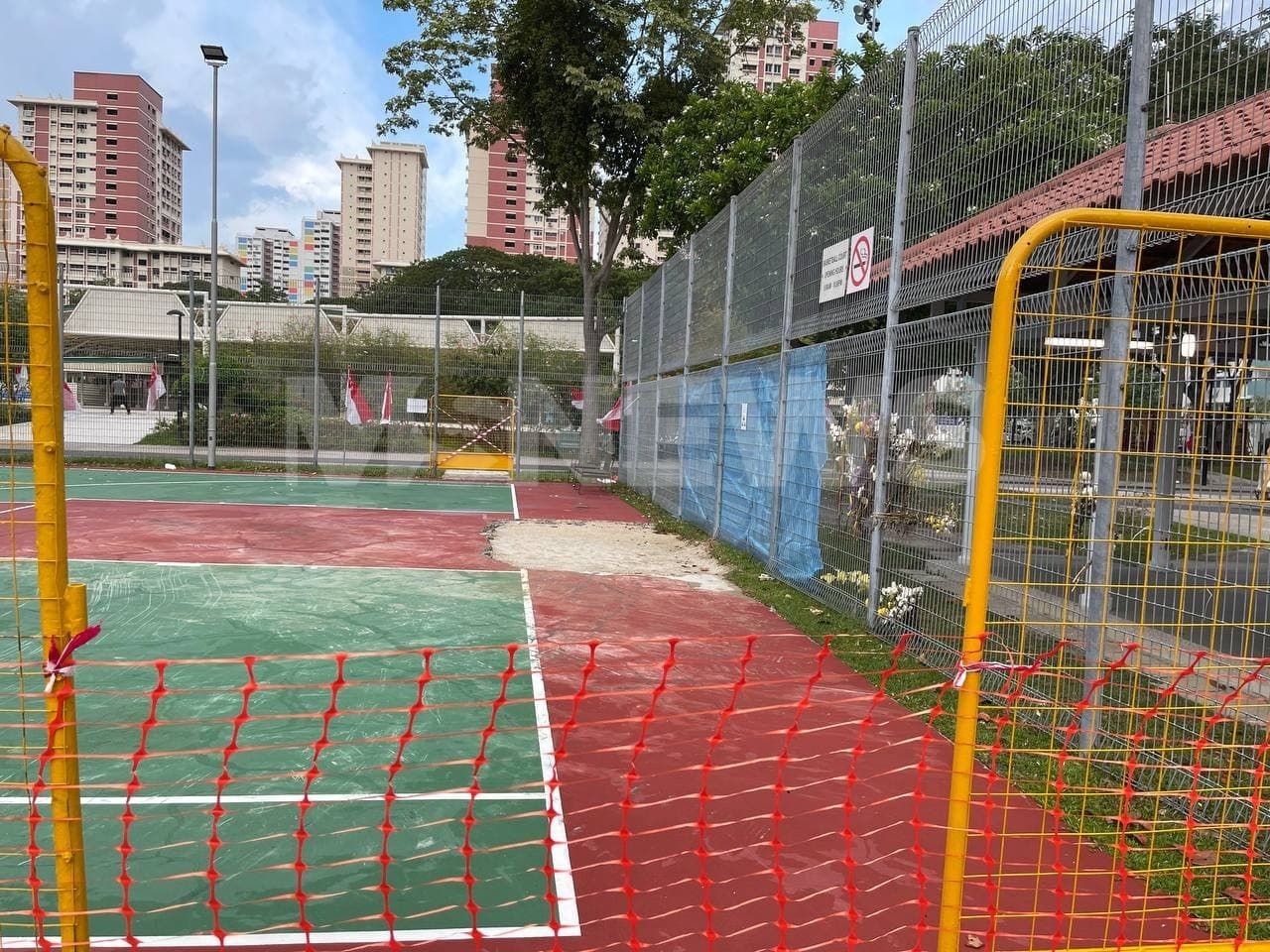 East Coast Town Council (ECTC) has posted a Facebook update on the incident, saying they’re assisting the police in investigations. As a precaution, the police has advised them to close another basketball court – at Block 33 Bedok South Road. 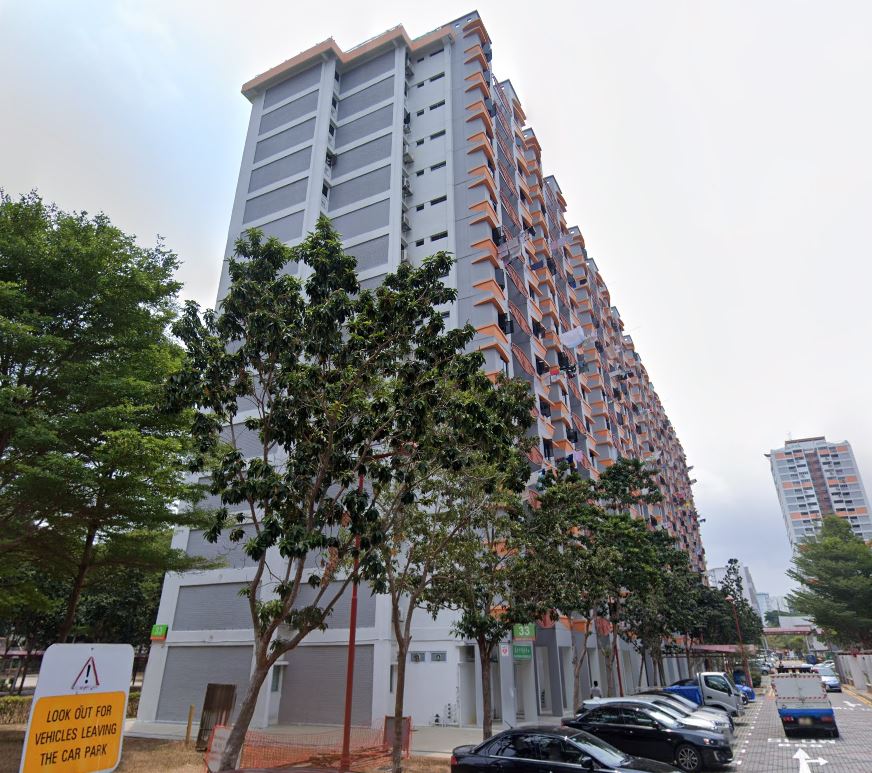 That sounds rather unfortunate for the youth there.

It’ll put up recommendations so ECTC can ensure they’re safe for residents.

Residents can call ECTC at 6444 9549 or email them at ectcnet@ectc.org.sg to give feedback on estate maintenance. 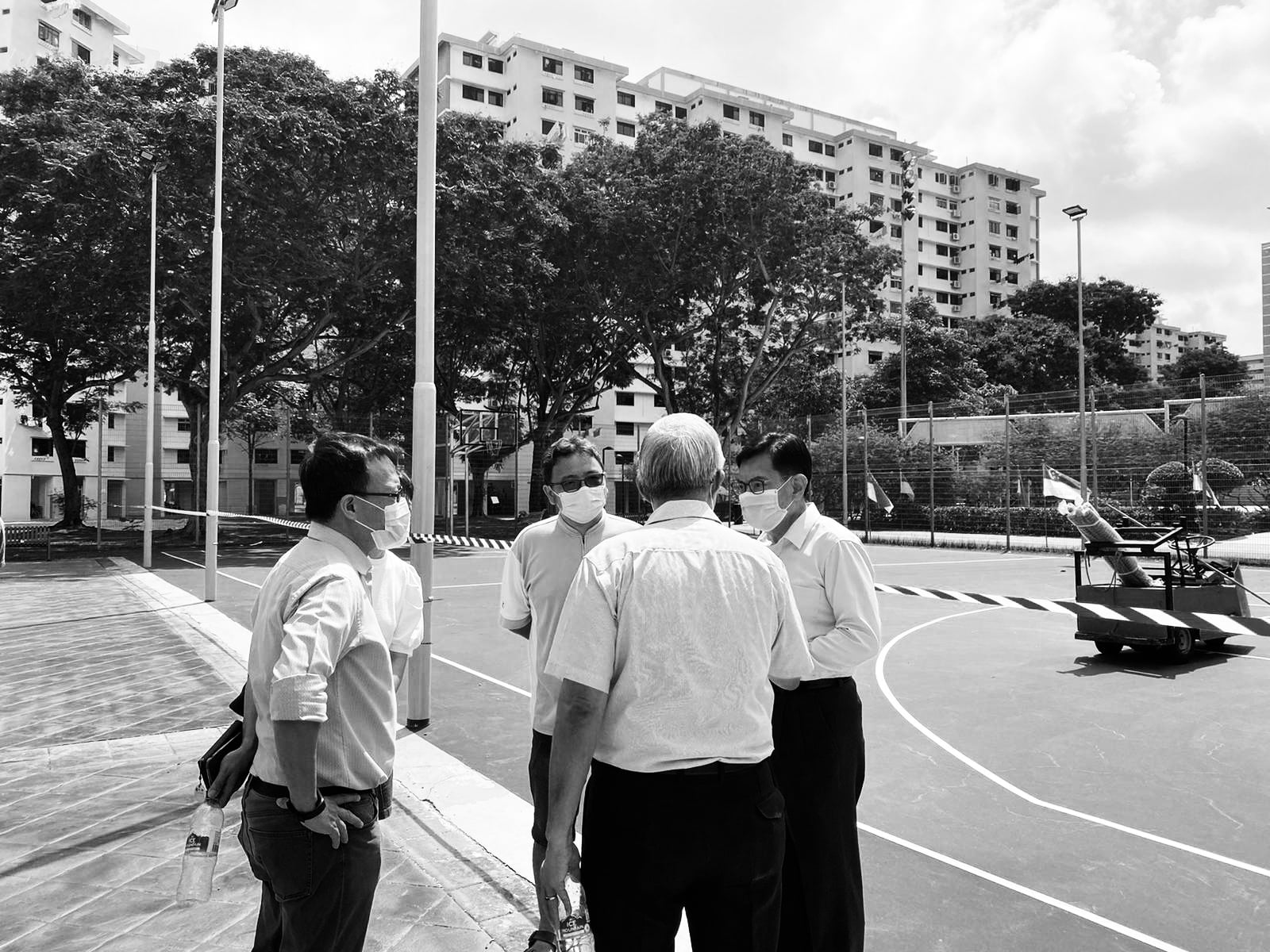 During his visit, the victim’s parents reportedly shared about their love for their son and their pride in his achievements.

According to information that the East Coast Town Council had received, the basketball stand had collapsed and fallen onto the teen. 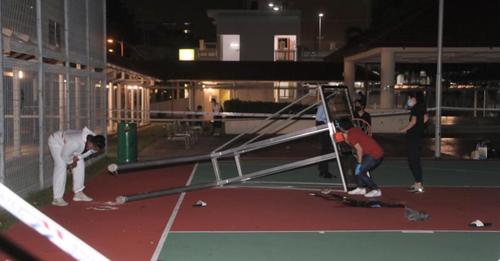 Since the basketball court has been closed for thorough safety checks, the chillingly quiet facility stands as a reminder of a senseless loss of a young life. 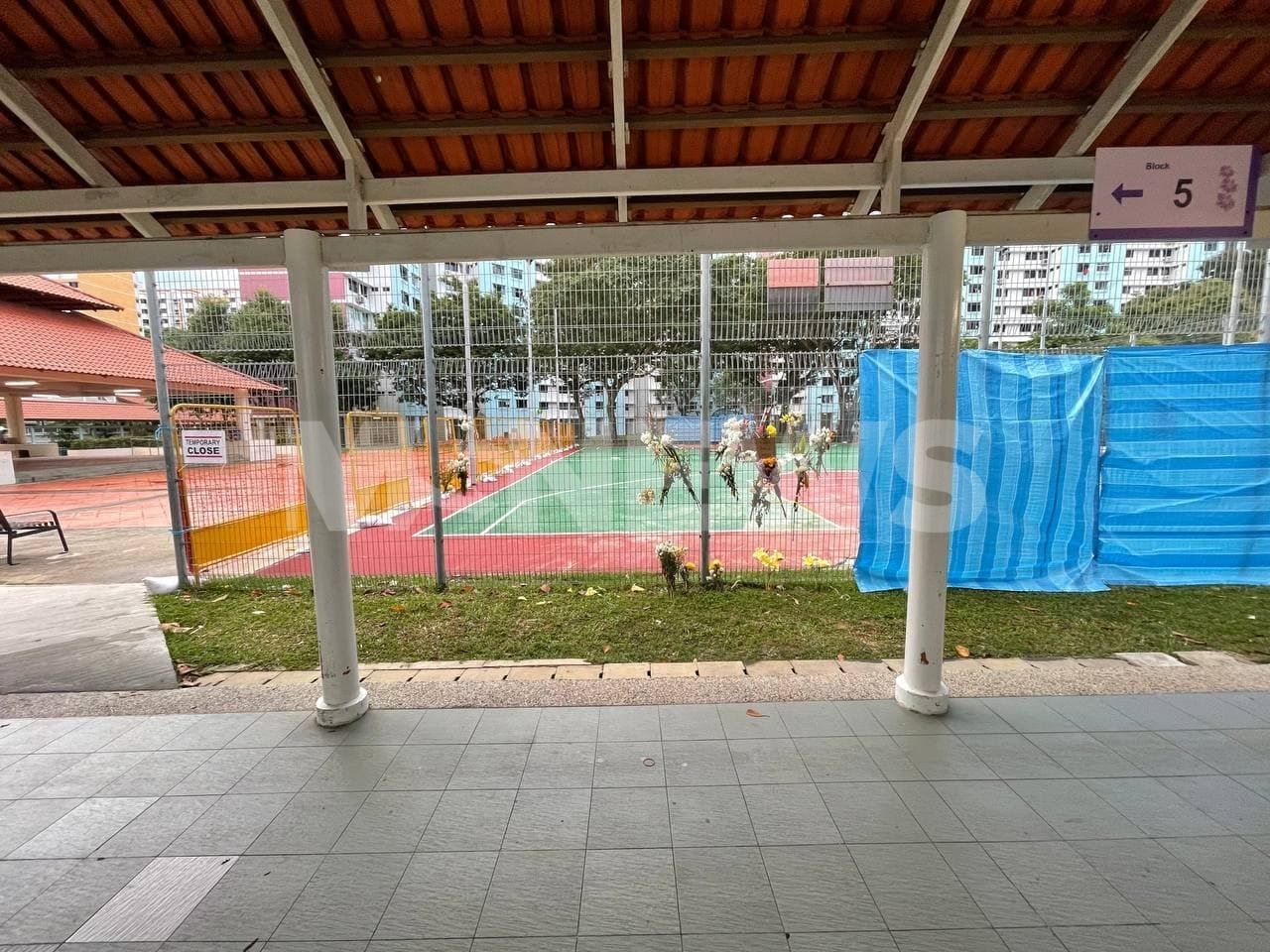 The tragic incident has obviously touched a nerve among Singaporeans, given the tender age of the victim.

For residents with children, they may also be reeling from the fact that it could’ve happened to their child.

As we grieve, many of us can only pay tribute to him with words and actions.

Hopefully, more details of how the accident happened will be revealed by the authorities. The public will be waiting and listening for them.