Keep an eye out for your shoes.

Many Singaporeans order food online. But besides putting up with occasionally long waiting times, you might want to keep an eye out for your shoes too.

On Wednesday (16 May), a customer posted CCTV footage of a foodpanda rider allegedly stealing his shoes from his daughter’s condo doorstep.

Customers urged him to lodge a police report to resolve the issue. He has since removed the Facebook post with the attached video.

According to Shin Min Daily News, the customer uploaded CCTV footage of a foodpanda rider arriving at their doorstep on Facebook on Wednesday (18 May).

The man took a photo of the packaged food items as proof of the order fulfilment. After leaving the food, it seems that the foodpanda rider noticed the customers’ Crocs shoes too.

The customer claims the foodpanda rider left with his footwear in tow.

Shin Min Daily News also reported that his Crocs shoes were filled with Jibbitz accessories of Spider-Man, Superman, and Super Mario, which likely appealed to the delivery rider. 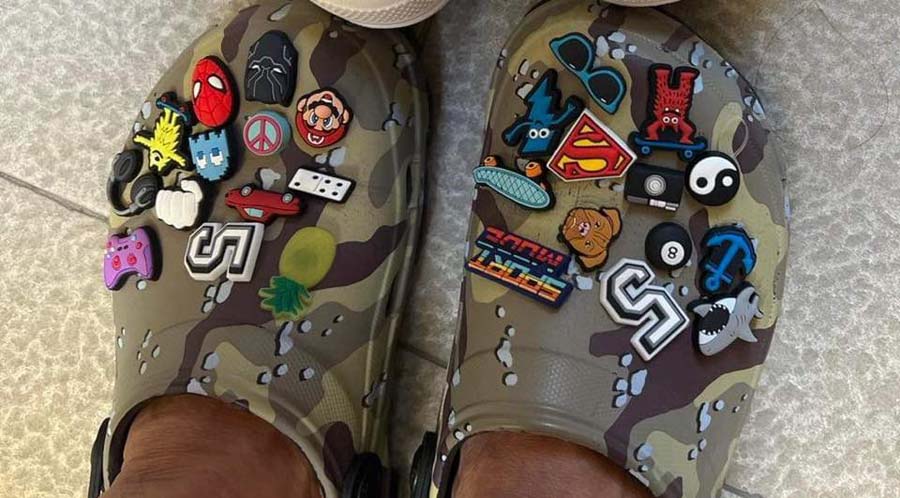 Because of the incident, the customer warned others against leaving anything outside their condo unit.

The video was shared on social media with Singaporeans urging the customer to lodge a police report.

A commenter claims he has seen a lot of people in HDBs place their shoes outside their doorstep. To stay safe, he keeps his shoes and slippers in a cabinet to prevent easy access from thieves.

Another thinks that since the foodpanda rider cannot be trusted, perhaps some of the delivered food had been eaten along the way.

Meanwhile, others urged him to lodge a police report so the issue would be investigated.

Responding to MS News’ queries, a foodpanda spokesperson said their team is currently contacting the customer and investigating the situation.

They also stressed that the company does not condone any form of misconduct.

“Any rider who is found to have conducted themselves in an unprofessional manner will be dealt with accordingly, including potential blacklist.”

Be on the lookout

Many residents leave their shoes outside on their doorstep. Sometimes, it’s good to err on the side of caution and keep them indoors to ward off potential thieves.

While most of us have no interest in the footwear of others, some may still opt to take it for themselves.