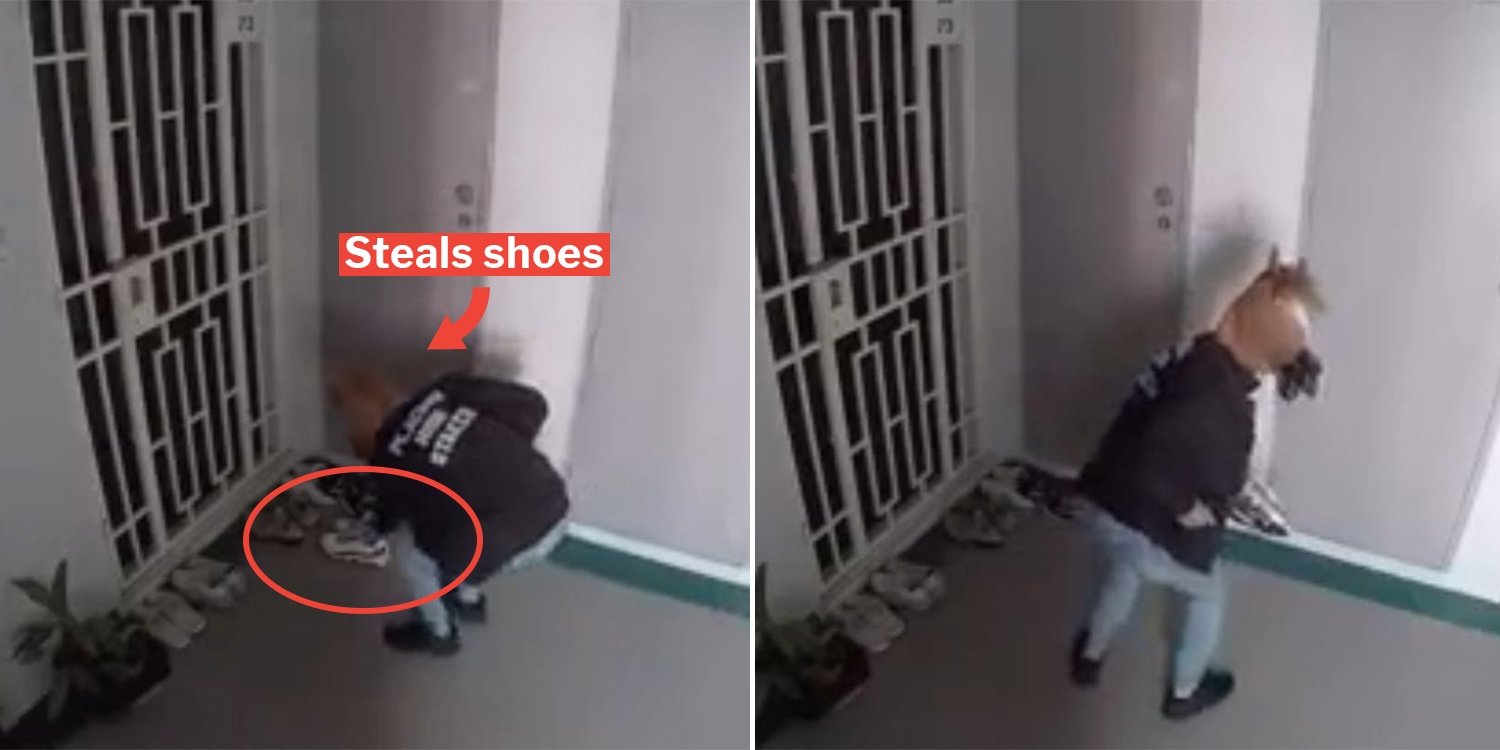 Recently, there’s been a rise in cases where belongings like towels and shoes have been stolen from HDB flats.

On Tuesday (9 Jul), a 12-sec clip was uploaded onto the SG Kay Poh Facebook group showing a man in a horse mask stealing a pair of shoes along what seems like a HDB corridor. 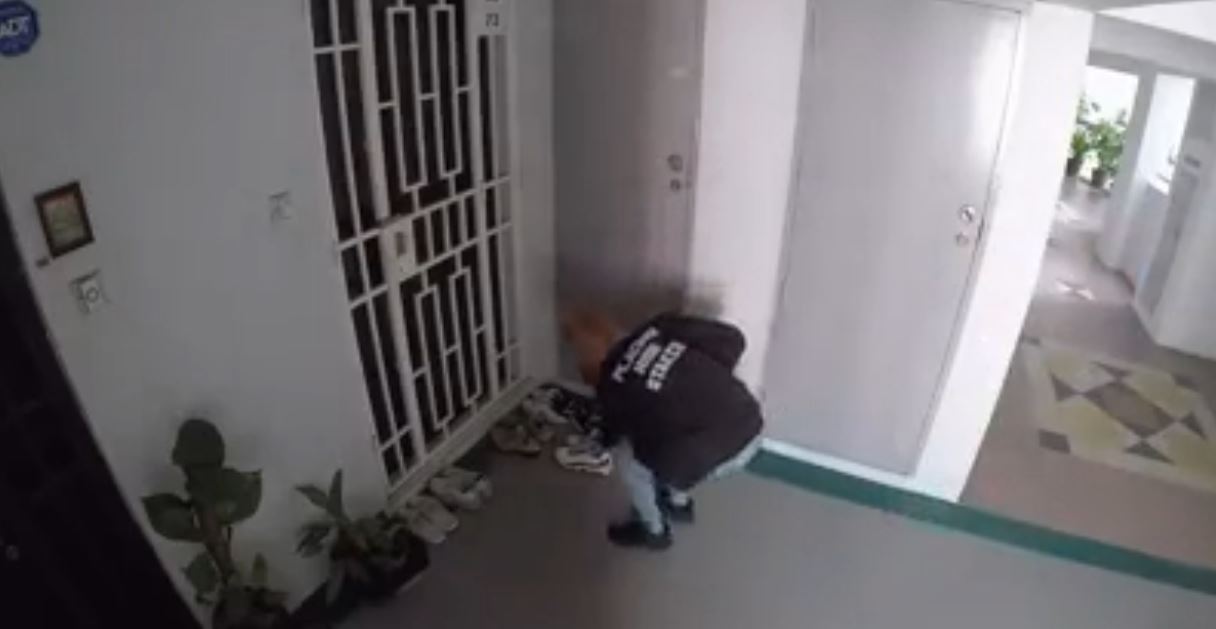 We want to preface the entire story by saying the video’s almost certainly staged. But if it’s a good laugh you’re looking for, we highly recommend giving this video a watch.

At the start of the video, a man wearing a black jacket with a rubber horse mask can be seen casually walking along the corridor. As he gets closer to the flat, the man looks around suspiciously before setting his eyes on a pair of white sneakers placed outside the gates. 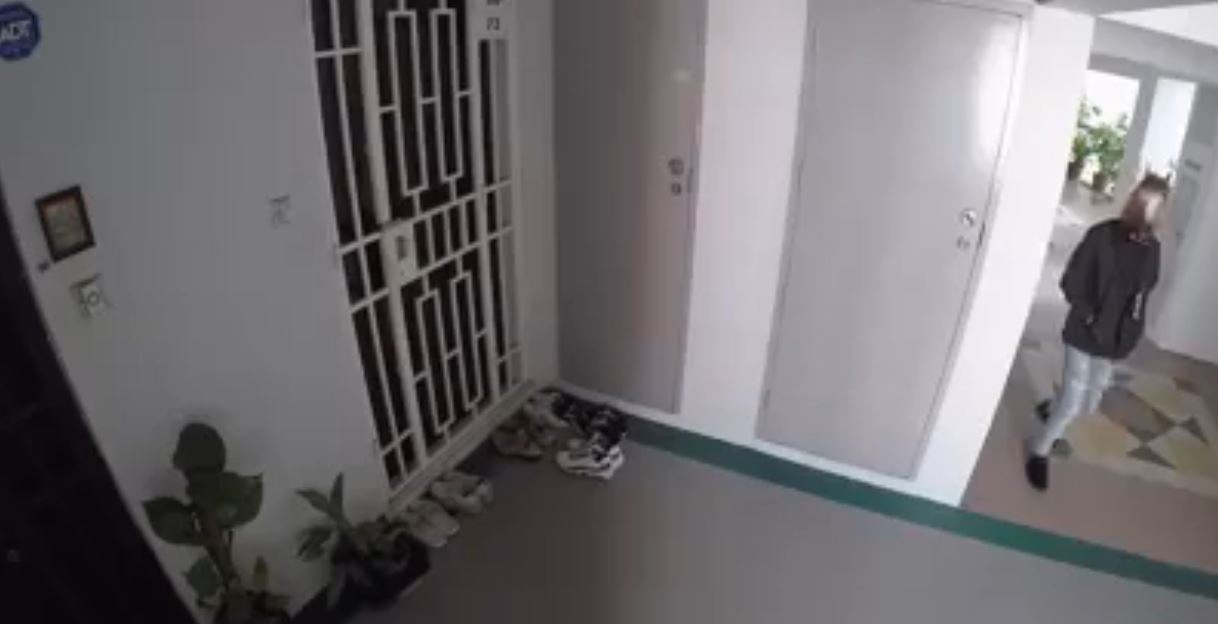 He then prances joyfully towards the pair of shoes and grabs it in one swift motion.

Before departing the scene, the man surveys his surroundings once more but fails to notice the CCTV installed right above him. 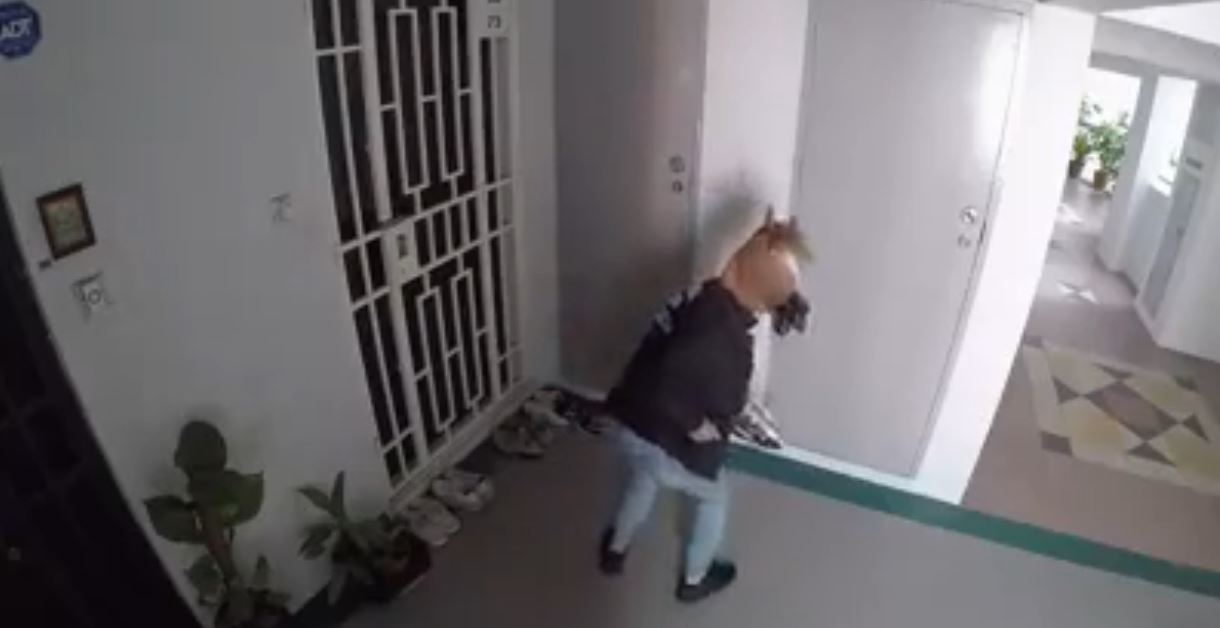 The horseman then ‘gallops’ away in glee with the sneakers in hand. 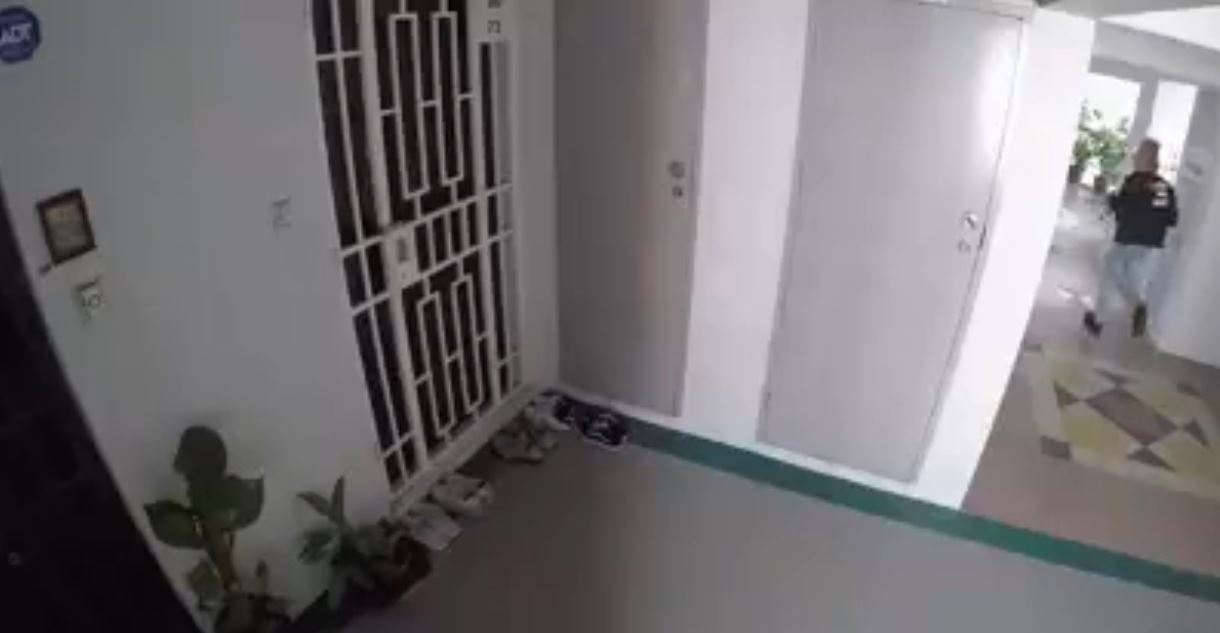 Do not steal shoes

Given the hilarious nature of the video, some netizens suggest that the video was staged.

That said, regardless of how ‘legit’ the video is, do not steal things that belong to your neighbours as it could land you in some serious trouble with the police.