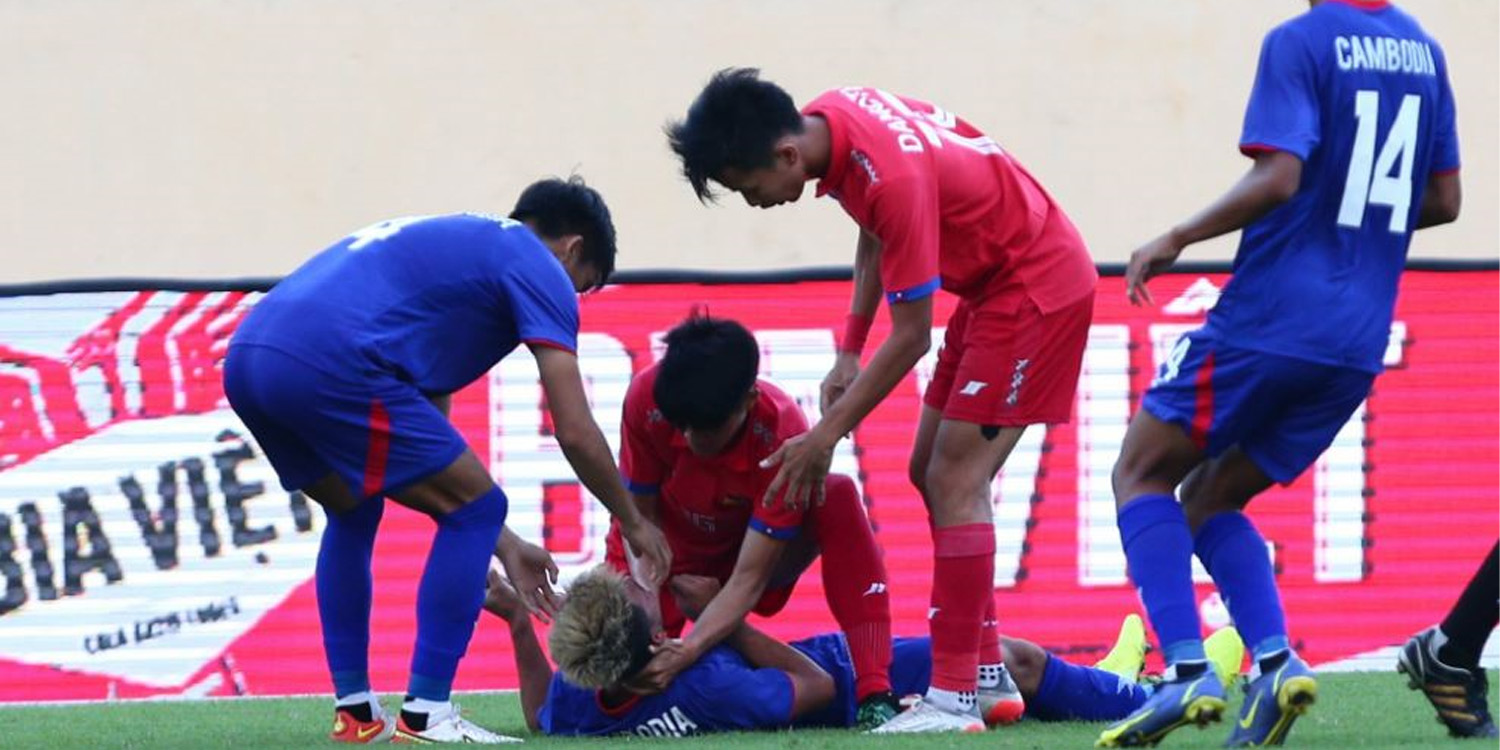 Laos defender At Viengkham has been praised for his quick thinking.

The sport of soccer or football has drawn legions of fans for its high-intensity action both on and off the pitch.

However, there are also instances in the game where players display great sportsmanship. 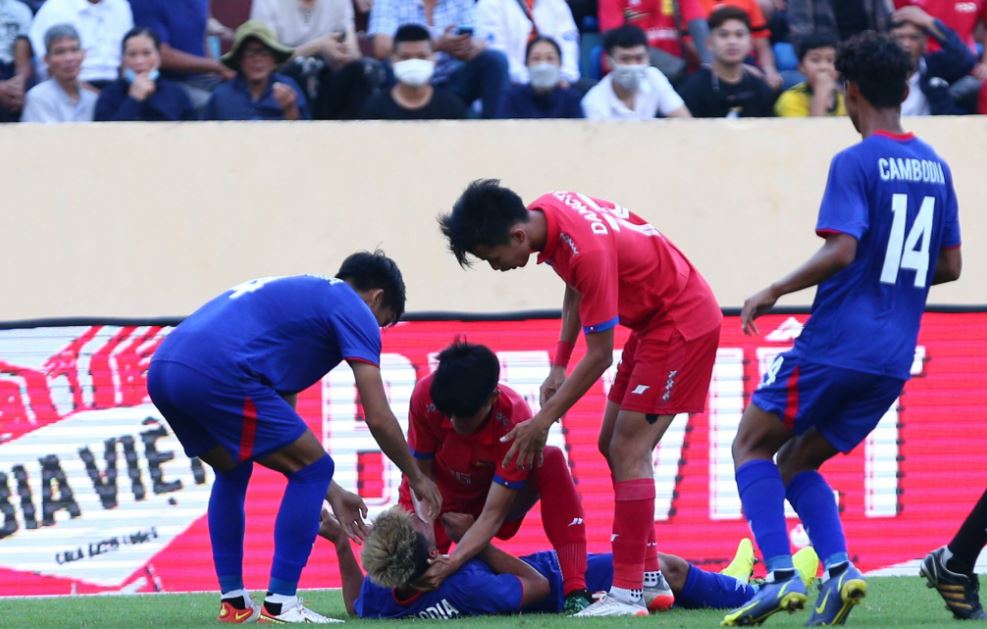 During a SEA Games match between Laos and Cambodia, Cambodia’s Phat Sokha accidentally clashed heads with Laos defender At Viengkham.

The young athlete has since garnered praise for his actions, with many fans lauding him for his sportsmanship.

The Straits Times (ST) reports that on 9 May, Cambodia and Laos went head-to-head in the SEA Games football Group B match in Vietnam.

At the start of the second half, Cambodia was leading the match 2-0 when the incident between Sokha and Viengkham occurred. Both defenders clashed heads, and Sokha fell to the ground and momentarily fainted.

As Cambodian coach Keisuke Honda and others looked on in horror, Viengkham reacted promptly to the incident.

He put the fingers of his right hand into Sokha’s mouth to prevent the latter from swallowing his own tongue.

After three minutes of medical attention, Cambodian midfielder Choun Chanchav gave a thumbs up to indicate that Sokha was okay. The defender got up to his feet to cheers from the crowd and players from both teams.

Sokha also tapped hands with Viengkham and continued playing for the rest of the game. He reportedly showed no ill effects and Cambodia eventually won 4-1.

Quoting the Laotian Times, ST reported that medics arrived on the scene and transported Sokha to the hospital after the match ended.

The official account for ASEAN Football posted about the incident on Facebook, praising Viengkham for his actions.

Fans flooded the comments beneath the post as well, lauding Viengkham for his sportsmanship and for helping an opponent who was in need.

One user asked the SEA Games committee to reward Viengkham with a special medal for his conduct.

Another thanked Viengkham for demonstrating the ASEAN spirit of peace and friendship.

Cambodian fans showed their appreciation for Viengkham’s actions, with many conveying their well wishes and respect for him.

Despite the final outcome, their supportive comments prove that good relations are more valuable.

Cambodia will go on to play against Singapore on Wednesday (11 May), while Laos will face Malaysia next.

Kudos to Viengkham for his sportsmanship

Accidents often happen between players in sporting events, where a wrong move can easily lead to a severe injury or worse. In such cases, it is heartening to see ASEAN athletes looking out for each other, even those on opposing teams.

We commend Viengkham for his quick thinking in helping his opponent and wish him and his team all the best for the rest of the SEA Games.

Hopefully, we’ll get to see more memorable moments of sportsmanship and friendship in the coming weeks of the Games.