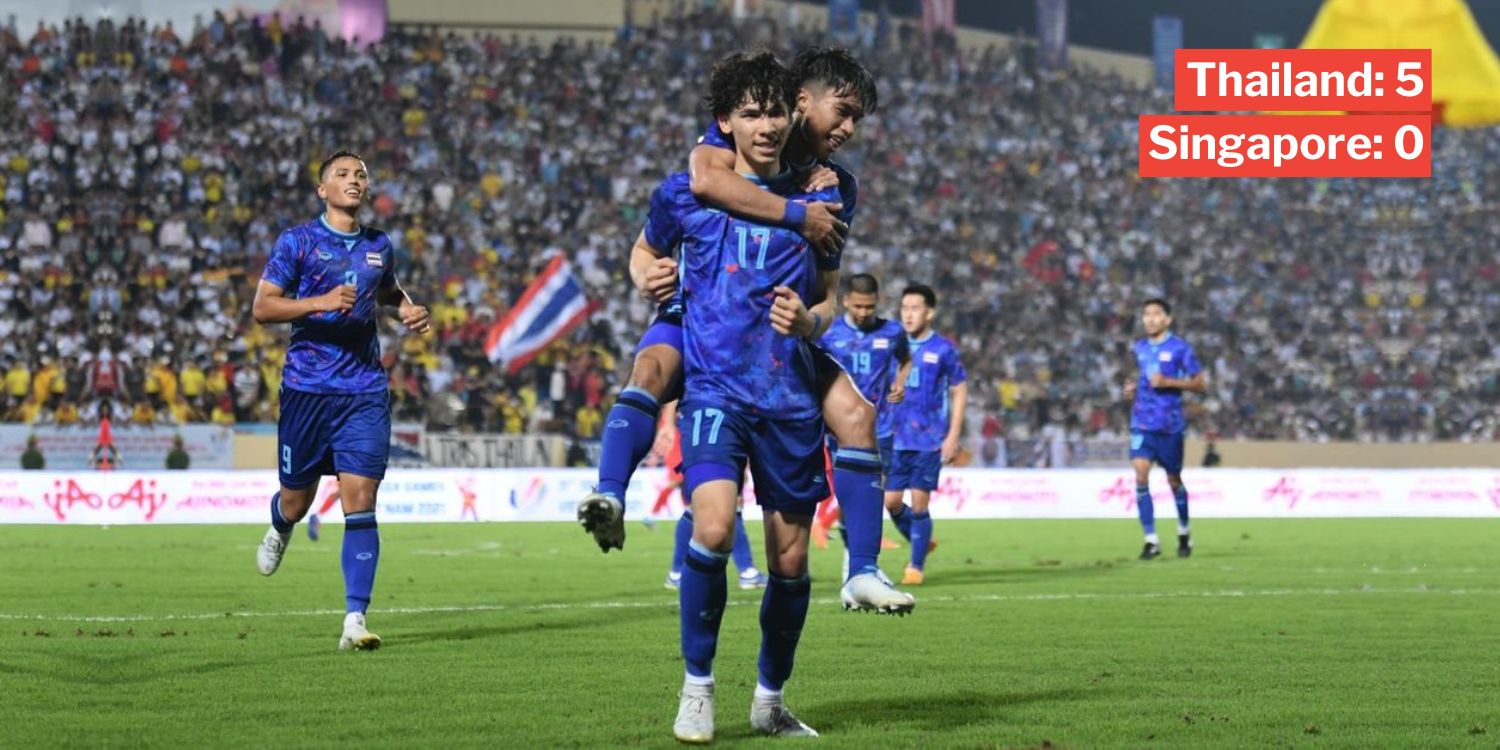 He earned the penalty and dispatched it cooly into the net.

Many Singaporeans may have assumed that they’ve heard the last of footballer Ben Davis after the ex-Singapore youth player defaulted on his NS commitments in 2019.

As fate would have it, the now 21-year-old is making headlines again, nearly three years after the NS deferment saga.

On Monday (9 May), Davis, who now plays for Thailand, scored the opening goal as his team cruised to a 5-0 victory over Singapore’s under-23 (U-23) squad at the 31st SEA Games.

Davis’ goal celebration was, however, relatively muted, as he made a short run to a corner flag before huddling with his teammates.

On Monday (9 May) night, the Singapore U-23 team faced their counterparts from Thailand as part of a SEA Games Group B match.

Though Singaporeans may not be familiar with the Thai lineup, one player’s name stood out — Benjamin James Davis.

The first half of the match was reportedly a cagey affair up till the 44th minute.

As the game approached the half-time break, Davis made a run into the penalty box before Singapore centre-back Syahrul Sazali took him down.

The referee ruled it a foul and immediately pointed to the spot.

Davis subsequently grabbed the ball from Singapore goalkeeper Zaiful Nizam before marching to the penalty spot to take the set-piece. 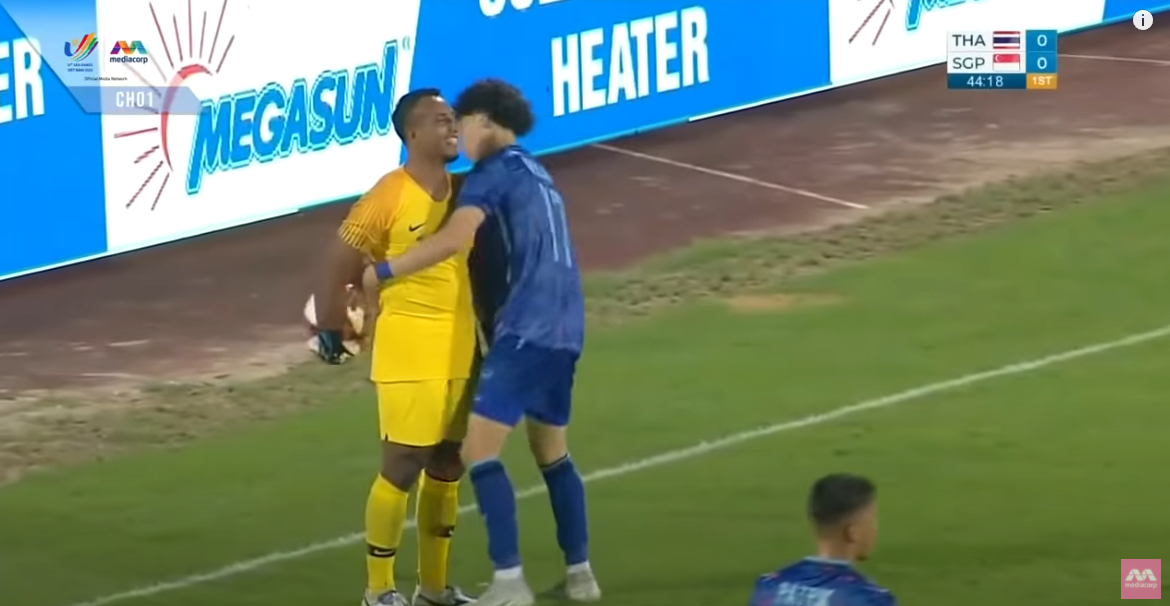 Keeping his composure, the 21-year-old sent Zaiful the wrong way and buried the ball into the net.

He kept his goal celebration low-key, as he made a short run to the nearest corner flag before huddling with his teammates. In the second half, Davis’ teammates found the net four more times and cruised to a 5-0 scoreline over their opponents.

The result puts the Singapore team in a precarious spot as they’ll have to beat Malaysia and Cambodia in order to progress to the semi-finals. Of course, this will also depend on the other teams’ performance.

Should that not come to fruition, it’d be the fourth consecutive time that the Singapore team gets eliminated in the group stage.

Speaking to The Straits Times (ST) after the game, Singapore U-23 coach Nazri Nasir apologised for the result.

Citing “poor concentration” for the rout, Nazri said that the team needs the fans’ support “now more than ever” for the next two games.

Failed to turn up for NS commitments

Born in Phuket, Davis migrated to Singapore at the age of five and even studied at the Singapore Sports School till 2015, when he left for the UK.

Davis first made headlines in 2018 the then Premier League team, Fulham Football Club, offered him a contract. Unfortunately, MINDEF did not grant him a deferment for NS.

MINDEF Remains Firm On Its Stance Regarding Ben Davis’ Deferment

Despite back-and-forth discussions between Davis’ father and MINDEF, the footballer’s deferment application was never approved. You can read more about MINDEF’s reasoning here.

On 18 Feb 2019, Davis was officially deemed a defaulter after he failed to turn up for his NS commitments.

A difficult scoreline to accept

It’s certainly difficult to watch our team trailing due to a goal from someone who had spent much of his youth in Singapore.

This fact thus makes a 5-0 defeat in such an important competition an even more bitter pill to swallow.

Let’s hope the Singapore team bounces back strong, so we can make it to the next round.