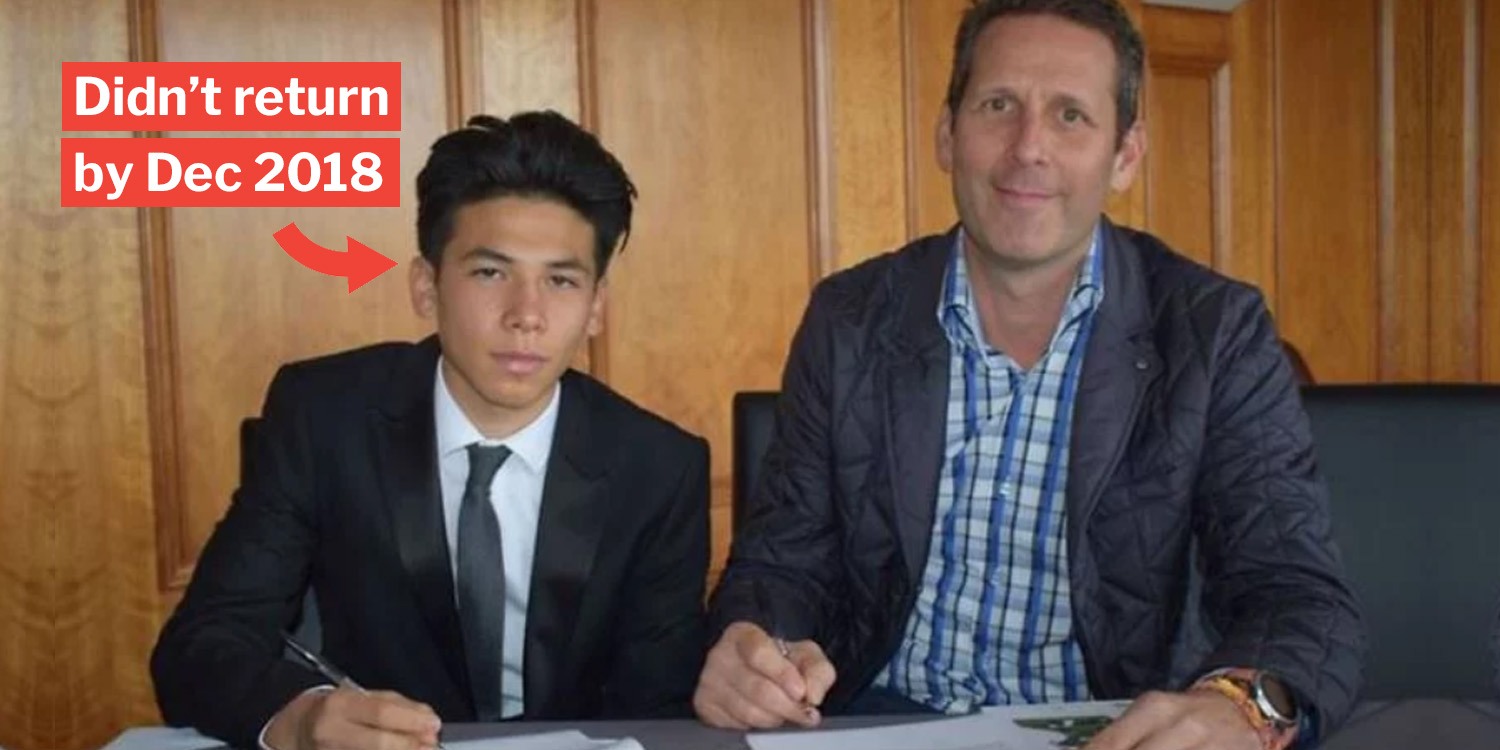 Default lies with who exactly?

Guess who’s joining the ranks of people who can’t return to Singapore, due to ponning National Service?

Upon being quizzed by Channel NewsAsia on Ben Davis’ status, the Ministry of Defence (MINDEF) declared,

Mr Benjamin Davis is a National Service (NS) defaulter. He failed to report for NS as required. He is also staying overseas without a valid Exit Permit. Mr Davis has committed offences under the Enlistment Act, and is liable upon conviction to a fine of up to $10,000 and/or imprisonment of up to 3 years.

This is an unfortunate twist to a hopeful case for an exception to be made for the promising football star.

However, his application was rejected as MINDEF found that he had not met the “criteria for long-term deferment”.

MINDEF Remains Firm On Its Stance Regarding Ben Davis’ Deferment

MINDEF’s stance was that it wasn’t fair to approve his deferment, as he wished to pursue his own “career and development”.

Over the past 15 years, only 3 have met the criteria for NS deferment — they were “potential medal winners” for international sporting events like the Olympics.

The response on social media was initially largely in favour of granting Mr Davis an opportunity to become the first Singaporean to play in the EPL.

However, the tide soon turned when MINDEF alleged that Ben Davis signed the professional contract, despite his NS deferment status remaining unconfirmed.

Defence Minister Ng Eng Hen added that The Enlistment Act should be applied to every eligible male Singaporean.

This is regardless of his “personal convenience and considerations”, and no matter how “talented the individual or exceptional his circumstances”.

To clarify, selective NS deferment will only be granted if the move prioritises Singapore’s interest, over the individual’s.

To defer or not to defer?

As a talented young footballer who could have represented Singapore on the world stage, Ben Davis may have deserved an opportunity to defer his NS commitments.

Unfortunately, his choice not to report for his enlistment after getting his application rejected will inevitably brand him as an NS defaulter in our nation.

Do you think this situation should have played out differently? Sound out in the comments below.