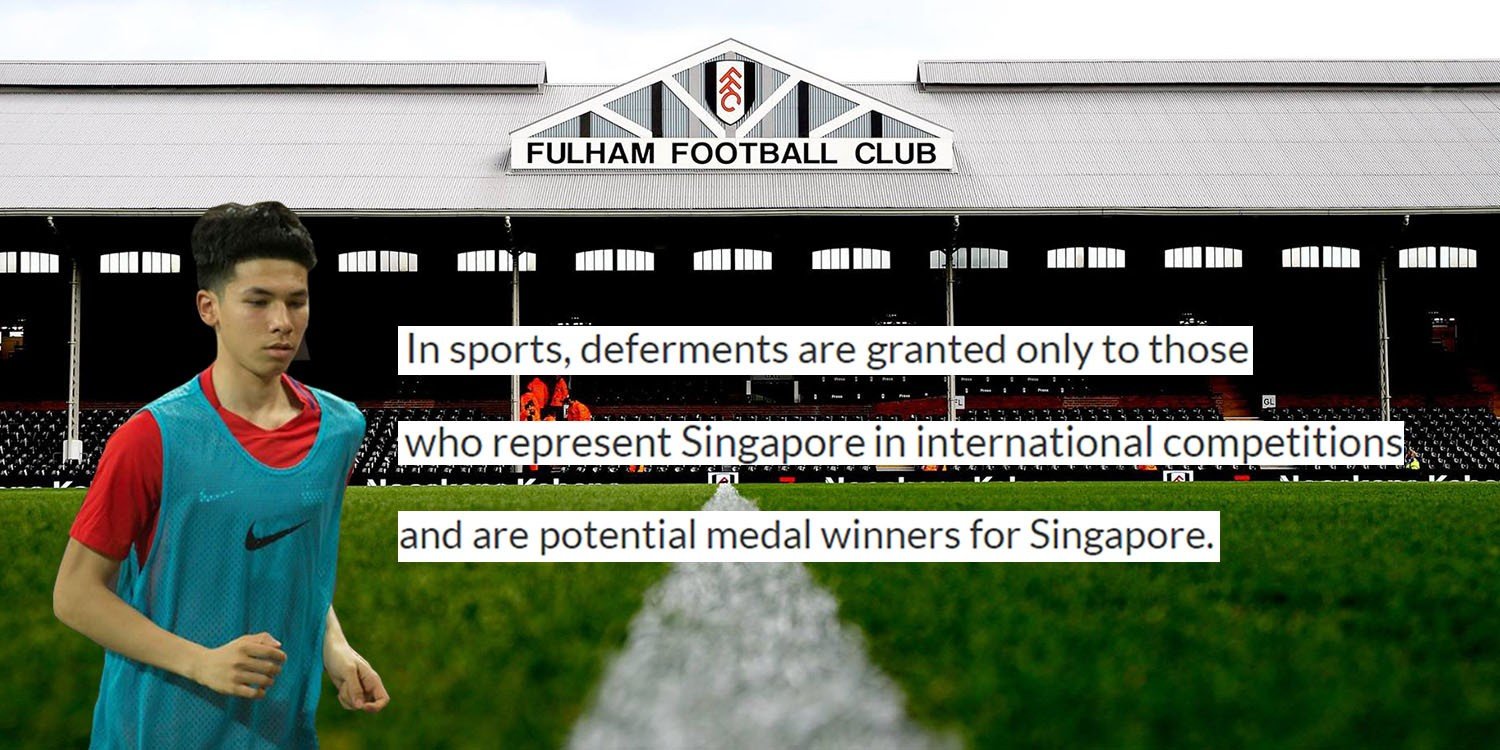 So everybody probably knows Ben Davis, who recently signed a 2-year contract with the Premier League Fulham Football Club, has had his National Service (NS) deferment request rejected.

The Ministry of Defence (MINDEF) released 2 statements explaining why it had rejected Davis’ application. Although based on facts, MINDEF’s decision might just change Singapore’s sporting scene forever.

All male Singaporeans liable for full-time NS put aside personal pursuits to dutifully enlist and serve their NS. – MINDEF

MINDEF views Ben Davis’s 2-year deal with Fulham as being no different from the “personal pursuits” of other Singaporean sons. Therefore, the ministry feels that he should put aside these dreams and serve his NS dutifully, just like everyone else.

But we think Ben Davis’ situation is a little more complicated.

His high pass accuracy “of over 90%” impressed the Fulham Under-18 team so much they decided to sign him.

This makes him the first Singaporean to sign a professional contract with a top-tier English team. So make no mistake, this is no ordinary 17-year-old.

Safe to say, he’s in a pretty unique situation, especially when we consider Singapore’s soccer scene as a whole.

He’s also applying for an NS deferment, which means he’ll eventually enlist anyway — his case is markedly different from this infamous guy at least.

To deny him of this golden opportunity to train with a top-tier team might just mean that Singapore has been robbed of its next football legend.

2. It underestimates the unifying force of sport

It would not be fair to approve applications for deferment for individuals to pursue their own careers and development. – MINDEF

Davis’ career ‘pursuits’ have wider implications for Singaporean society as a whole. We saw the patriotism that engulfed Singapore after Schooling won the Olympic gold, proving just how big a unifier sports can be.

While granting Ben Davis deferment doesn’t automatically guarantee Singapore an Olympic gold or a World Cup win, it does offer another opportunity for the nation to come together and celebrate.

Now why would someone say no to that?

3. It makes sports seem less attractive as a career

But just like how people rushed their kids to swimming schools after Schooling won the Olympic gold, a successful Davis in the EPL could do the same for soccer.

The Football Association of Singapore (FAS) supported Davis and said that a Singaporean playing at elite levels would benefit both “community and nation”.

If MINDEF decides to uphold its rejection, and continue rejecting deferments for prospective sports talents, athletes in Singapore will have another barrier to success, making sports an even less viable career path.

4. It discriminates against team sports

In sports, deferments are granted only to those who represent Singapore in international competitions like the Olympic Games and are potential medal winners for Singapore. – MINDEF

MINDEF’s main argument was that Davis didn’t meet the criteria for deferment — and hence, to be fair to everyone his request was rejected.

Athletes are only granted deferment when they represent Singapore in international events like the Olympics Games. Or if they are potential medal winners.

Football, however, is a team sport by nature. No individual player, regardless of how good they are, can lead a team to victory single-handedly.

Elite players may be at the mercy of their fellow teammates when it comes to their deferment applications. A broadened set of criteria for deferment would benefit all athletes while still being fair.

For instance, MINDEF could add a clause that allows professional players signed to the world’s top sporting leagues to defer their service. The rule could then be applied fairly to every Singaporean Son.

This way, we could potentially see Singaporeans in the EPL or even the NBA.

Importantly, most Singaporeans understand that Ben Davis is a special talent.

They see a distinction between the average Singaporean Son and Davis — and why there’s a need for him to defer. Reactions online to the rejection have been mostly negative, and there is even a petition urging MINDEF grant deferment to Davis.

As of Wednesday (18 Jul), the petition has more than 17,000 signatures and shows little signs of slowing down.

Despite these factors, it’s unlikely that MINEF is going to change its mind. Senior Minister Of State for Defence Heng Chee How said as much, explaining that Davis’ appeal is likely to be rejected again if the same facts are presented.

But Davis’ father appears to have other ideas, suggesting that his son was prepared to renounce his citizenship if necessary.

We’re not too sure how feasible that is at this point – but the elder Mr Davis’ words appear to have backfired, leading MINDEF to double down in its position.

In a statement on Wednesday (Jul 18), the ministry said,

They have no intention of returning to fulfil their son’s NS duties, especially if Mr Davis is given a full professional contract after the two years of his senior contract. To allow deferment for this type of appeal, would severely undermine the ethos and sacrifice of Singaporeans who have all put aside their personal interests to complete their NS duties.

The weight of national service

Serving the nation may be important, but abiding strictly by the rule book may have far-reaching consequences on nurturing young sporting talents in Singapore.

However, SportSG has rubbished such claims, stating that it would work closely to ensure that greater support is provided to other local athletes.

What do you think? Does Ben Davis deserve to get his National Service deferred? Or should he serve his NS, like the rest of us? Tell us in the comments below. 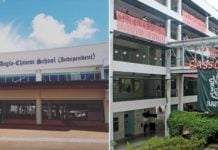 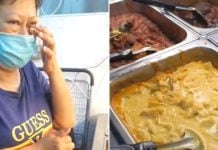 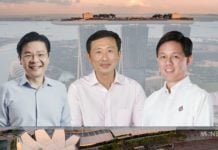