Back in September, the TikTok ‘devious lick’ challenge gained virality, a trend in which people showed off stolen school or public property.

Though 2 months have passed since then, it seems the trend hasn’t exactly gone away.

On Sunday (28 Nov), a TikToker shared footage of a teen walking away with a carpark gantry arm as part of the challenge.

bit late to the trend@espaneo

After receiving criticism for their actions, the TikToker clarified that the gantry arm was already broken prior to the video. They added that they later “returned” it.

The TikToker’s video started off by showing how the carpark gantry arm was broken. 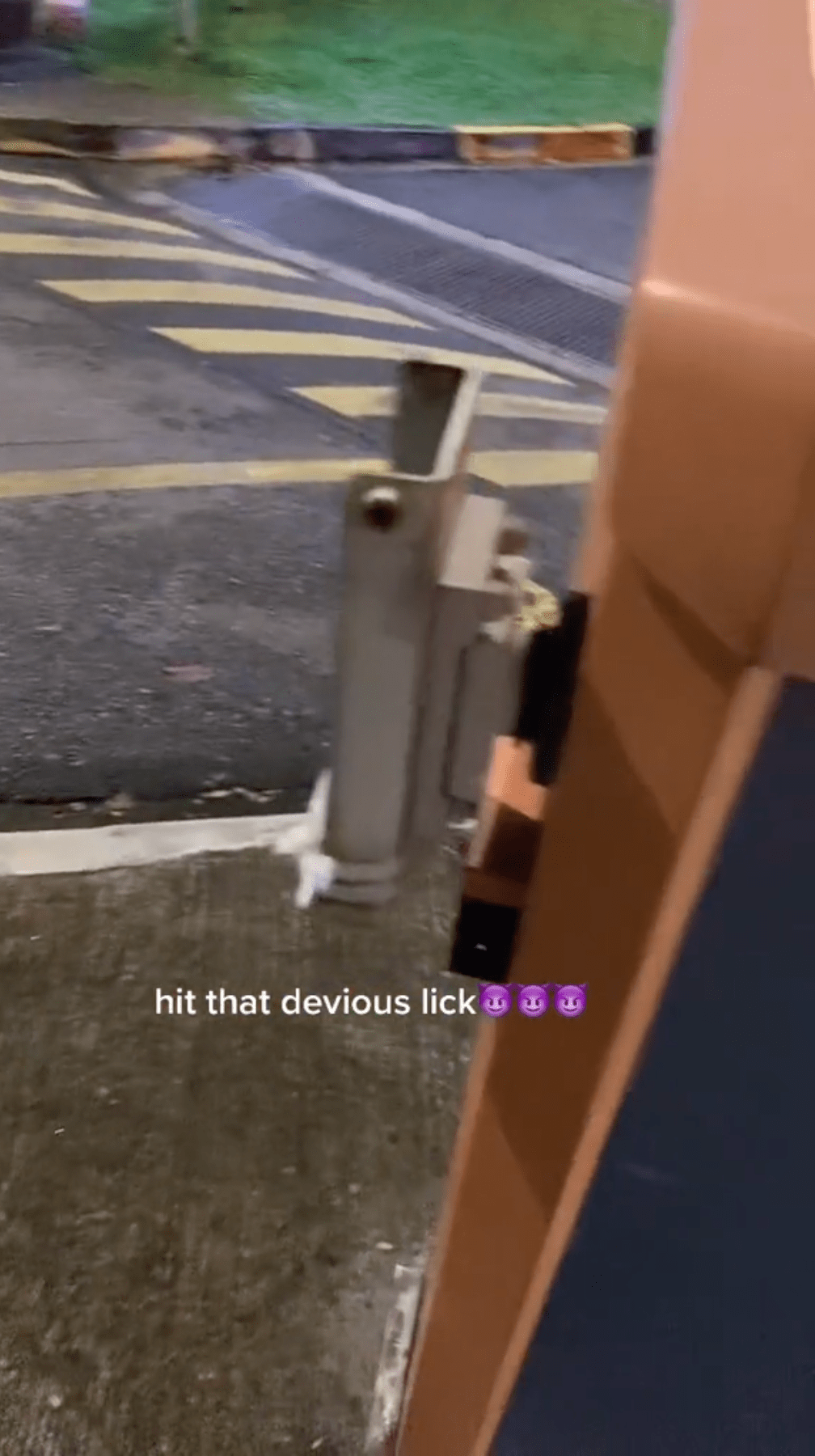 The caption in the video read “hit that devious lick”. It also featured the ‘Diabolical Licks’ soundtrack used for the similarly named ‘devious lick’ TikTok trend.

The video then pans into the distance, showing a teen with the carpark gantry arm balanced on his shoulder, seemingly walking away into the night.

In the caption, the TikToker said they were a bit late to the trend.

The TikTok video soon went viral, garnering over 65,400 views at the time of writing.

It was also reshared on the Beh Chia Lor Facebook page, getting almost 300 shares.

Many netizens critiqued their actions, saying they ought to be punished for such acts.

Some even commented that they have already lodged a police report over the incident.

In the face of the criticisms, the TikToker commented on his own video, clarifying that the gantry arm was already broken.

He also shared that they placed the gantry arm back where they found it after the video was shot.

The ‘devious lick’ TikTok challenge came about back in September featuring users showing off school or public property they stole.

As a result of the challenge, a 15-year-old was caught removing a Kaki Bukit MRT station sign on 19 Sep.

On the very same day, a 14-year-old was also caught holding a sign belonging to the National Environment Agency (NEA).

Both cases were under police investigation.

With the trend gaining traction worldwide, TikTok removed content and hashtags about the ‘devious lick’ challenge.

We’re glad the TikTokers clarified that they were just joking about swiping the carpark gantry arm.

Social media trends can be disruptive and result in many participating in foolish acts simply for clout.

So do exercise discretion whenever a new trend emerges before deciding to join the craze.