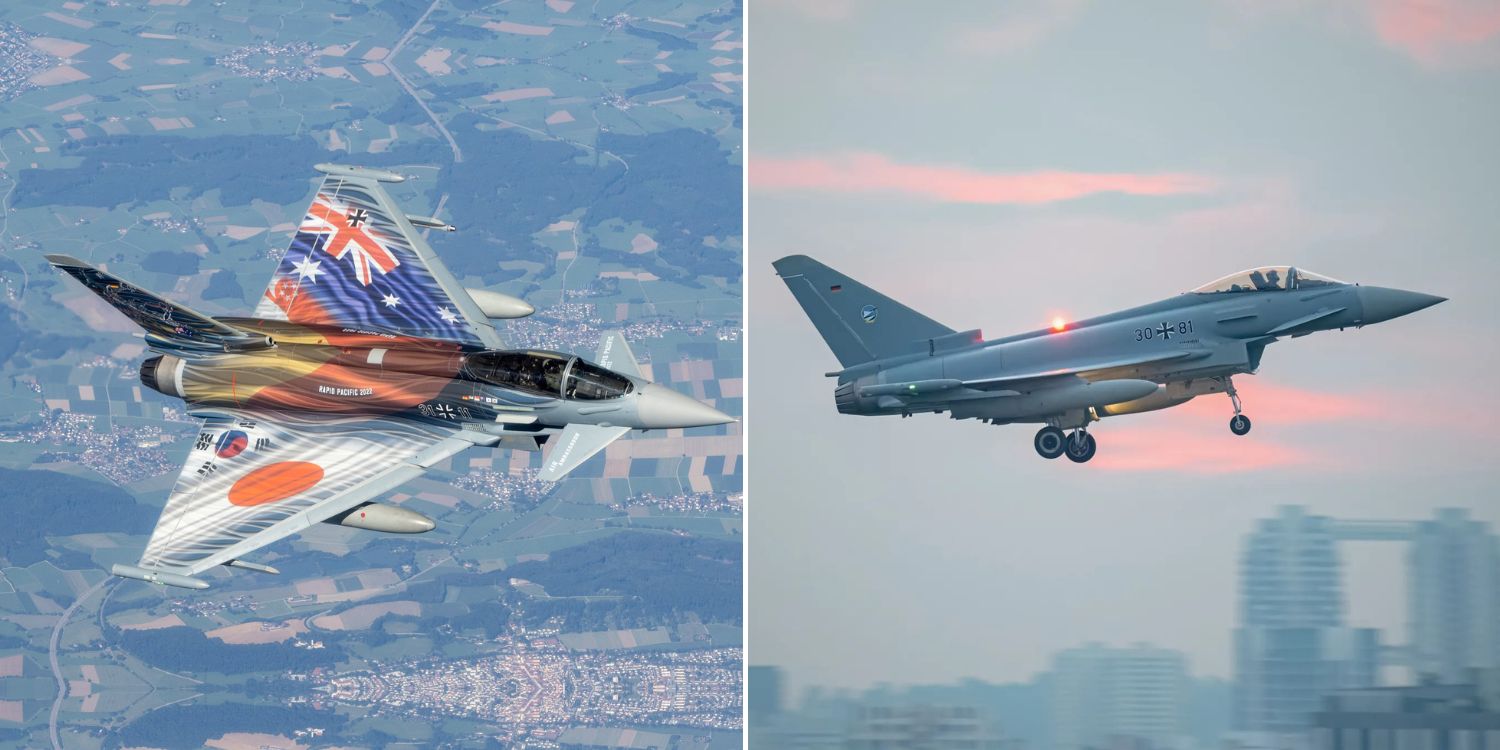 It is the first German Air Force deployment to our region.

Five German fighter jets made a marathon 24-hour journey from Bavaria to Singapore, landing at Changi Airport on 16 Aug.

It was the first time that Luftwaffe jets were deployed to the Indo-Pacific region, as they embarked on a 10,000km flight within just a day.

The fighter jets were en route to Australia and will make stops in Japan and South Korea besides Singapore. 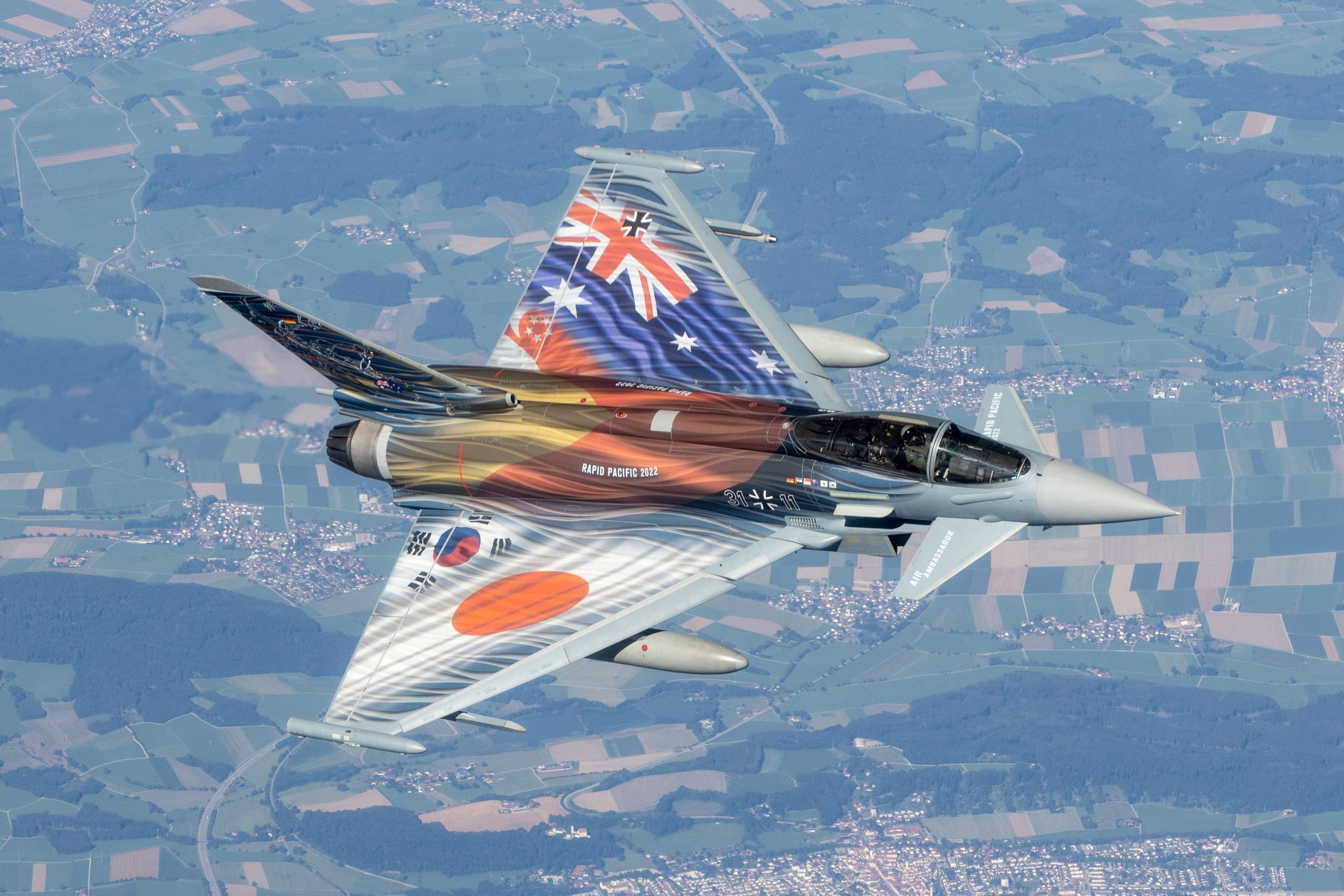 One of them donned a commemorative livery, featuring the flags of Germany, Singapore, Australia, South Korea, and Japan.

Petra Sigmund, Director General for Asia and the Pacific of Germany’s foreign office, called the deployment the country’s contribution to “rules-based international order”. 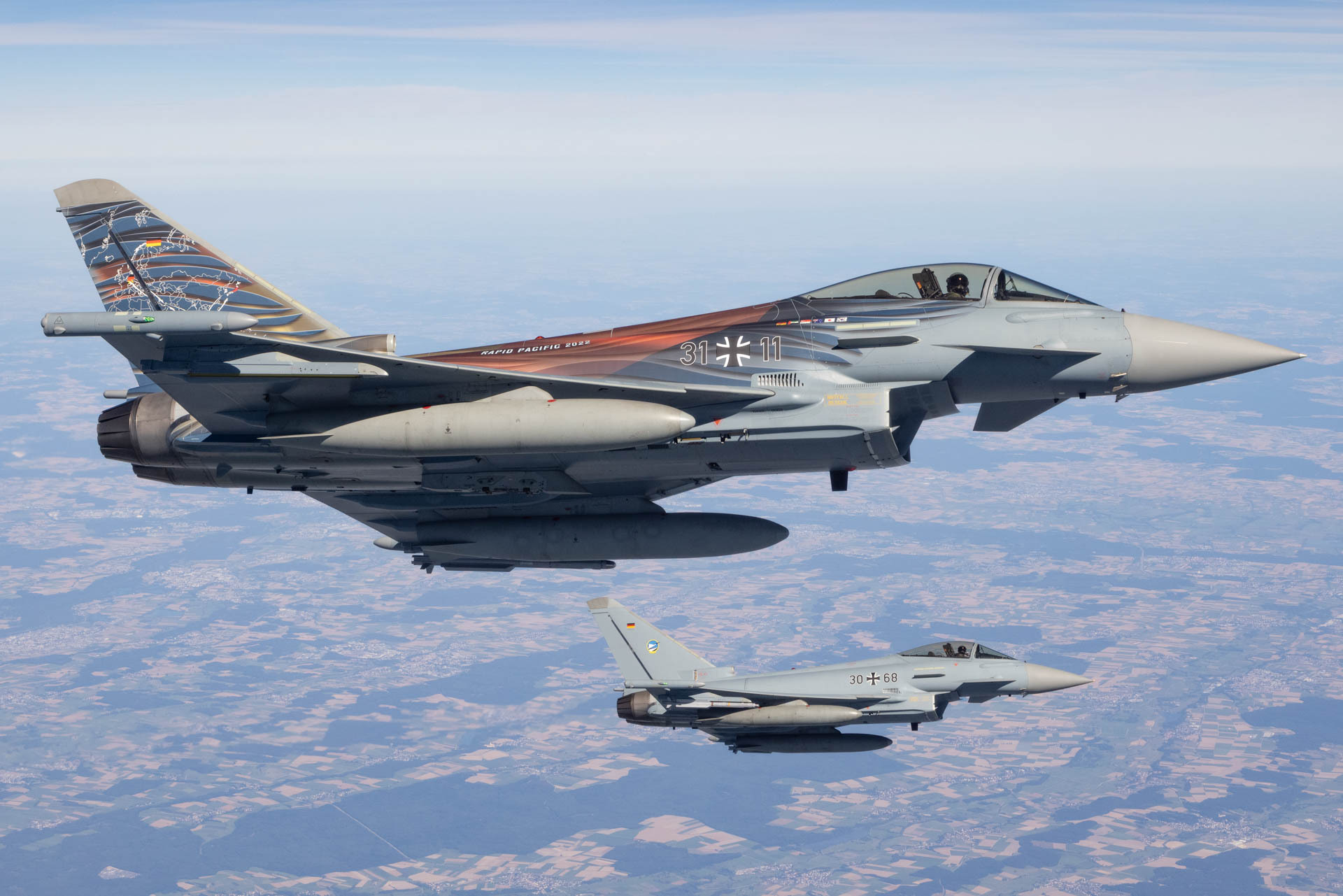 They’ll also support the Australian navy in Exercise Kakadu and return to Germany in October.

We are sending a clear message: the Air Force can be deployed quickly and over global distances – even with several missions to be fulfilled in parallel.

It’s difficult to ignore the timing of the German fighter jets’ deployment, amid escalating tensions between the US and China.

China conducted military drills around Taiwan following both visits and condemned the apparent efforts to undermine the ‘One China’ policy.

Germany’s strongly-worded statement on deterrence and defence in the Indo-Pacific region indicates the deployment as a response to China’s “threatening actions”.