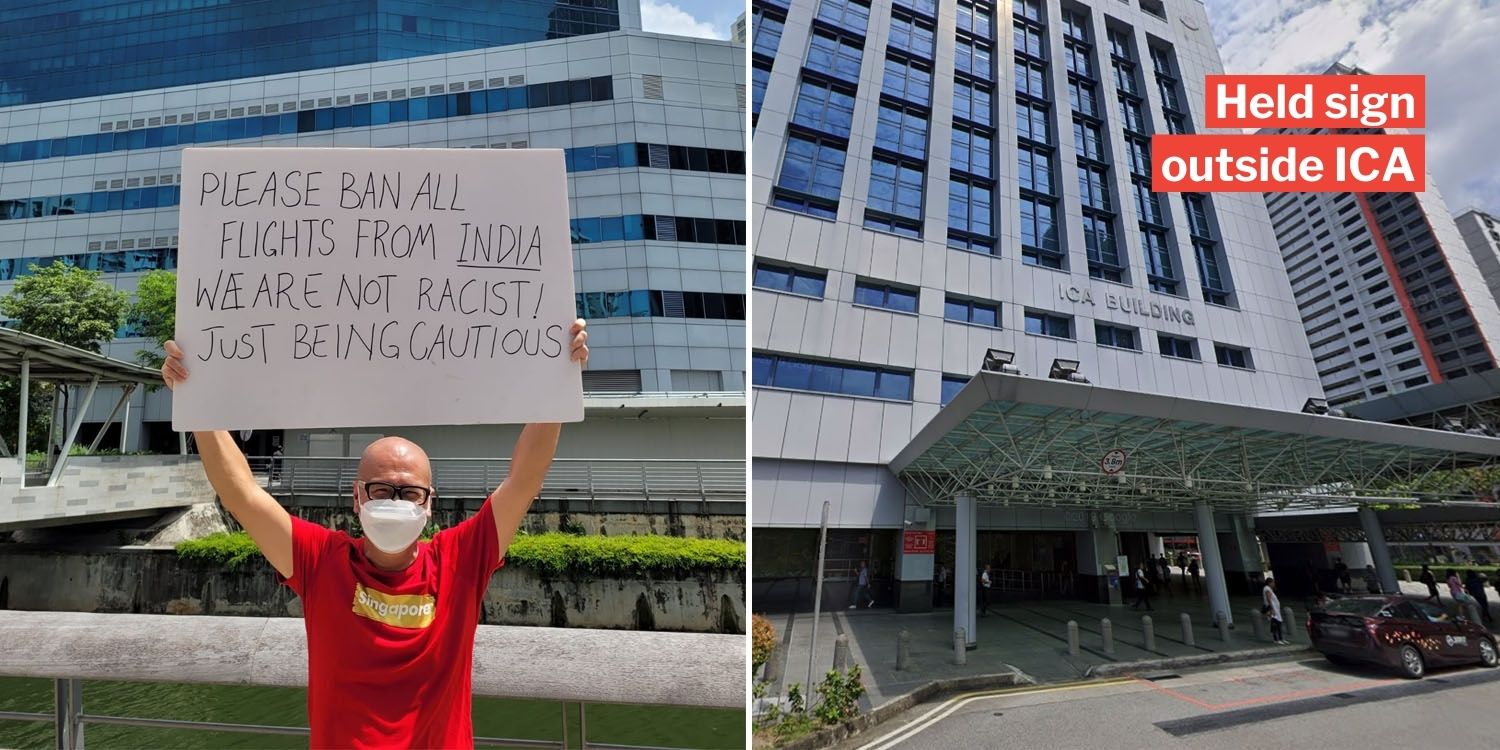 He did not have a permit for public assembly.

Gilbert Goh Under Investigation For Public Assembly Without Permit

With Covid-19 cases on the rise in Singapore, some are hesitant about allowing flights from neighbouring countries onto our shores.

On Saturday (1 May), activist Gilbert Goh shared a picture of himself on Facebook holding up a sign calling for a ban on India flights. 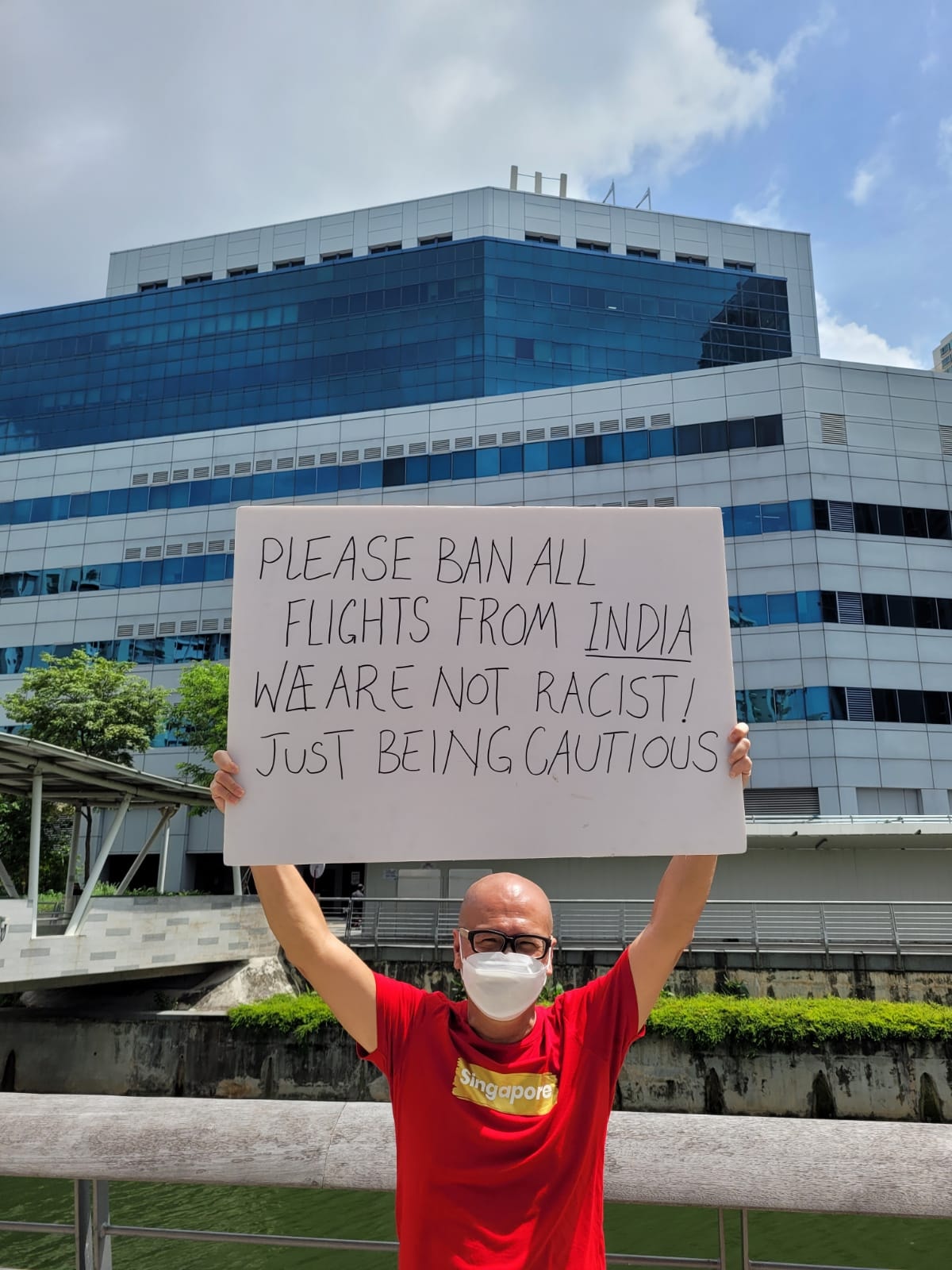 Police are now investigating Mr Goh for holding a public assembly without a permit outside the Immigration and Checkpoints Authority (ICA) building.

Please ban all flights from India we are not racist! Just being cautious

The post later went viral, garnering over 1,400 shares and 400 comments at the time of writing.

According to The Straits Times (ST), the police received a report on 1 May alleging that Mr Goh had taken part in a public assembly without a permit.

The police confirmed that he did not have a police permit.

They are now investigating the incident.

The police also reminded the public that organising or participating in a public assembly without a police permit in Singapore is illegal.

It constitutes an offence under the Public Orders Act, which defines an assembly as a gathering or meeting to demonstrate support for any person or groups.

Visitors from India banned since 23 Apr

Earlier on 23 Apr, Singapore authorities have already made banned all visitors travelling from India from entering or transiting through Singapore.

This move was prompted by India’s worsening Covid-19 situation, including the emergence of new virus strains.

It is understandable that Singaporeans are worried about the current Covid-19 situation in our country.

Nonetheless, even a single person holding up a sign in public constitutes an illegal public assembly in Singapore.

So the next time you’re hoping to bring your point across, do look for other avenues and ways to air your opinions.