Girl Doesn’t Do Her Homework And Is Late For School. Her Father Is Proud And Netizens Love It

We’ve all been there before. Hanging our heads in shame as our parents force us to explain why we didn’t finish our homework. 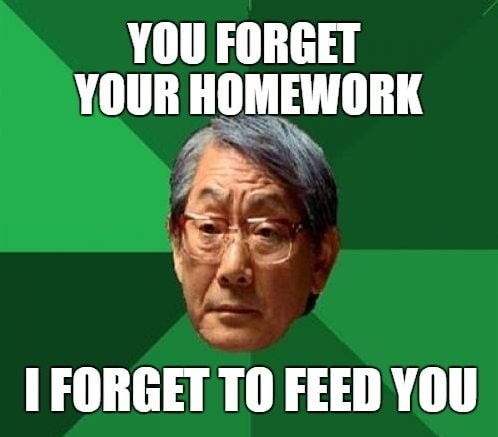 Well, a little Singaporean girl named Ruien didn’t finish her homework and was even booked by a prefect for arriving late to school.

But her father, Mr Tong Yee was somehow proud of her instead. You can read his beautifully written account here. 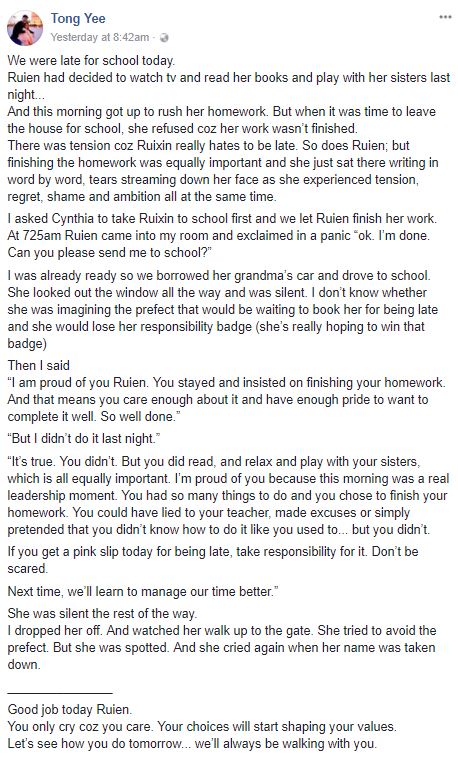 One thing’s for certain, car rides with daddy will never be the same.

Parenting choices made by some local Singaporeans, may however, remain unchanged.

Girl stayed up to play instead of doing her homework

According to the viral Facebook post, Ruien decided to stay up late to watch television and play with her sisters.

But reality soon kicked in, when she realised she’d left her homework undone the next morning.

Being extremely responsible for her age, Ruien decided that she’d stay at home to complete it, at the risk of reaching school late.

Her younger sister Ruixin, who also needed a ride to school, didn’t wish to go late because of the delay caused by Ruien.

However, Ruien persisted, firm in her desire to finish her homework well. Her father wrote poignantly,

She just sat there writing in word by word, tears streaming down her face as she experienced tension, regret, shame and ambition all at the same time.

We’re not crying, you are.

Mr Tong Yee, then asked Cynthia – presumably his wife – to send her younger sister Ruixin to school first, and allowed Ruien to finish her homework.

At 7.25am, Ruien managed to complete her homework and told her dad to send her to school.

They borrowed her grandmother’s car and drove there.

Which led to Mr Tong Yee snapping this introspective picture of Ruien. A picture that’s sure to break any parent’s heart. 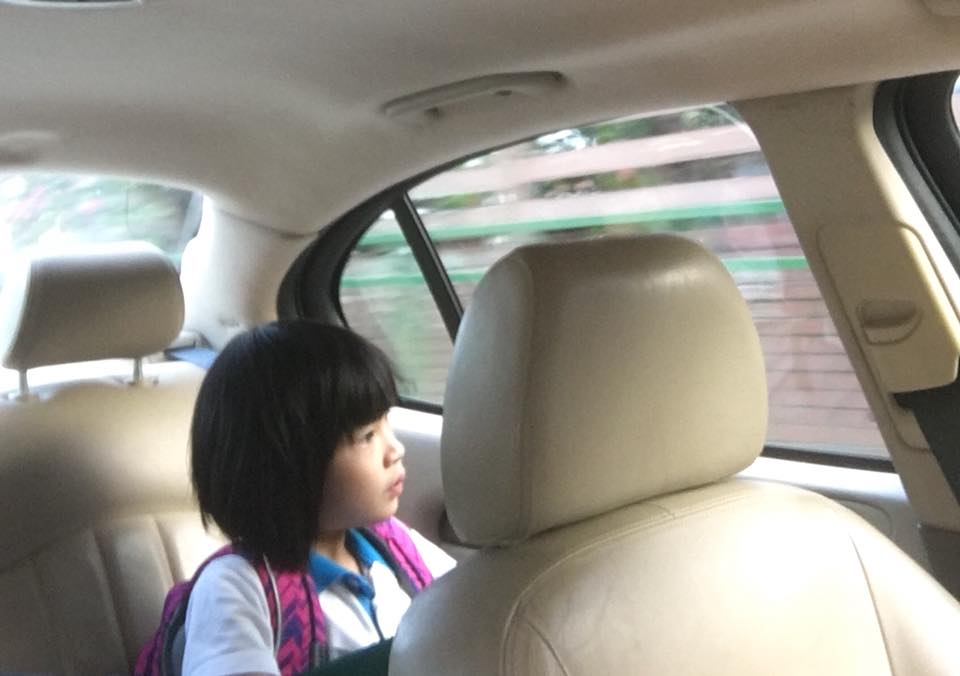 The weight of the world rests upon her shoulders
Source

She looked out the window all the way and was silent. I don’t know whether she was imagining the prefect that would be waiting to book her for being late.

At her age of course, losing the “responsibility badge” for being late after getting booked by the prefect was a big deal.

She was “really hoping to win that badge”.

An empathetic exchange in the car ride to school

Completely empathetic to her plight, her father made known his feelings towards her situation — a situation which may have made any other father frustrated or angry.

Get your tissues ready for their exchange.

Dad: I am proud of you Ruien. You stayed and insisted on finishing your homework. And that means you care enough about it and have enough pride to want to complete it well. So well done.

Ruien: But I didn’t do it last night.

Dad: It’s true. You didn’t. But you did read, and relax and play with your sisters, which is all equally important. I’m proud of you because this morning was a real leadership moment.

You had so many things to do and you chose to finish your homework. You could have lied to your teacher, made excuses or simply pretended that you didn’t know how to do it like you used to…but you didn’t.

If you get a pink slip today for being late, take responsibility for it. Don’t be scared. Next time, we’ll learn to manage our time better.

Ruien’s father says she was silent for the rest of the way. Possibly ruminating about the consequences of the choices she had made.

She couldn’t avoid her fate

Her father then writes that he dropped her off, but stayed to watch her walk up to the gate.

Ruien tried to avoid the dreaded prefect, but to no avail.

Tears came quickly for a second time today, as her name was taken down by the prefect for being late.

Her father simply watched silently over her from afar.

You only cry because you care

Ruien’s dad concludes by promising to walk with her every step of the way, as she learns the hard life lessons that come with growing up.

For when Ruien’s older, she’ll surely appreciate his touching words even more,

Good job today Ruien. You only cry coz you care.

Yes, indeed. We cry only because we care.

Parents in Singapore are shook

Ruien and her dad have received an outpouring of support from parents in Singapore.

With some lauding it as a “teachable moment” — providing refreshing insights on “leadership, failure and compassion”.

Others gushed about how Ruien and her dad’s priorities have inspired them to do the same.

Some parents, however, expressed that though they were touched by Ruien’s story, this parenting style was not for them.

This netizen suggested that parents may be “accused of raising strawberries” if they used this method of parenting all the time. 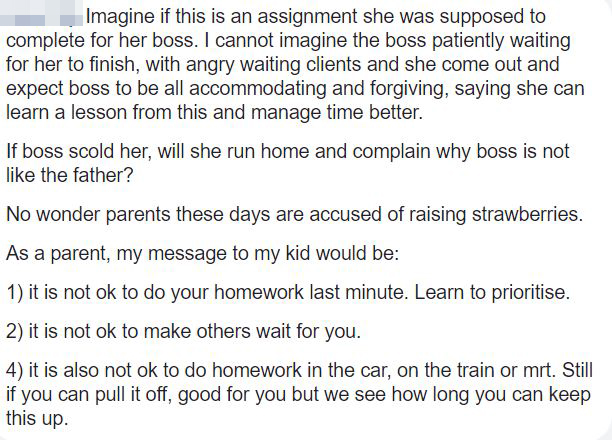 She pointed out that the she would have taught her children to “learn to prioritise” and not “make others wait for you” instead.

Spare the rod or spoil the child?

Singaporean parents have been called many things — from tiger moms to helicopter parents.

Despite this, we continue to raise some of the smartest children in the world, and our education system is periodically ranked among the world’s finest.

But the question is, at what cost?

We love that Mr Tong Yee chose to do the right thing by his daughter — choosing not to reprimand her and to turn her “mistake” into a meaningful life lesson for his daughter.

Striking a balance between enforcing discipline, and allowing your child the freedom to learn from their mistakes, is the fine line every parent learns to tread.

And as with each parent and child, the way to do so may be different for everyone.

Most of all, we at MustShareNews have only one thing to say to Ruien’s primary school principal. 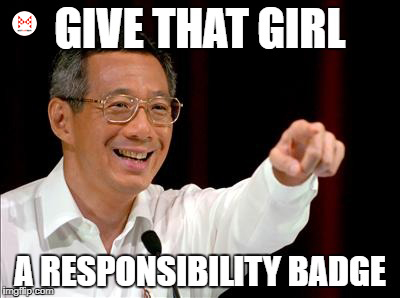