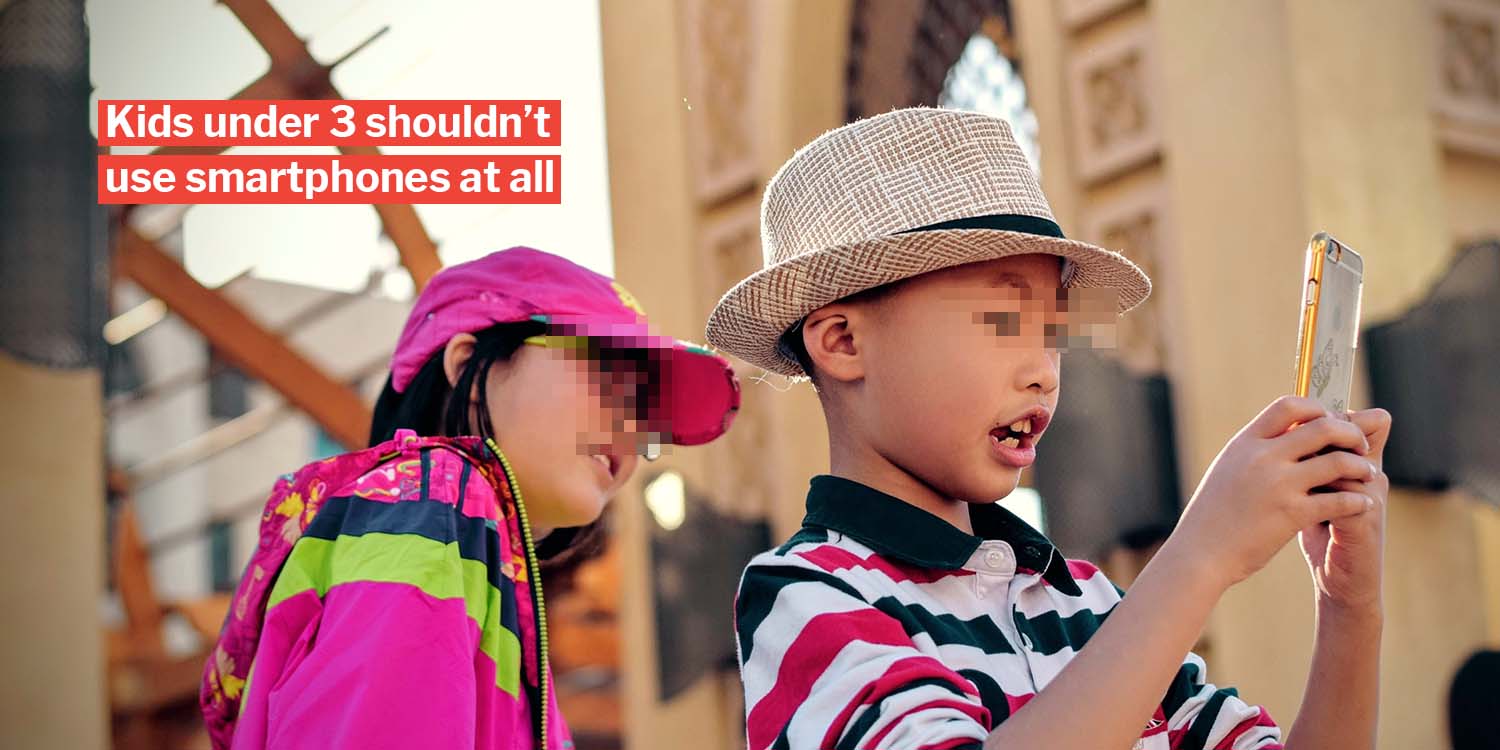 When we are eating out, how often do we see parents using tablets or smartphones as ‘pacifiers’ to keep their children entertained?

Even more so for toddlers, who have the tendency to cry at unpredictable hours.

Electronic devices seem to be the best way of stopping their tears too. 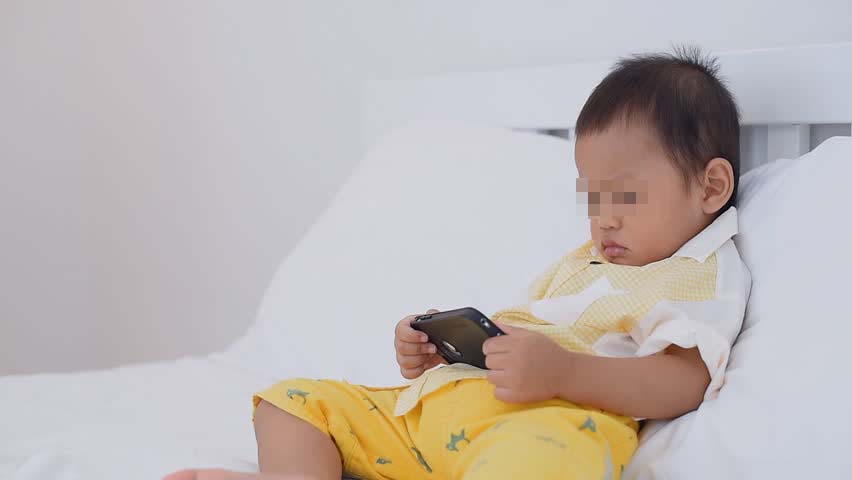 A pair of parents in China were shocked to learn that their daughter, Xiaoman, is suffering from severe myopia of 900 degrees. 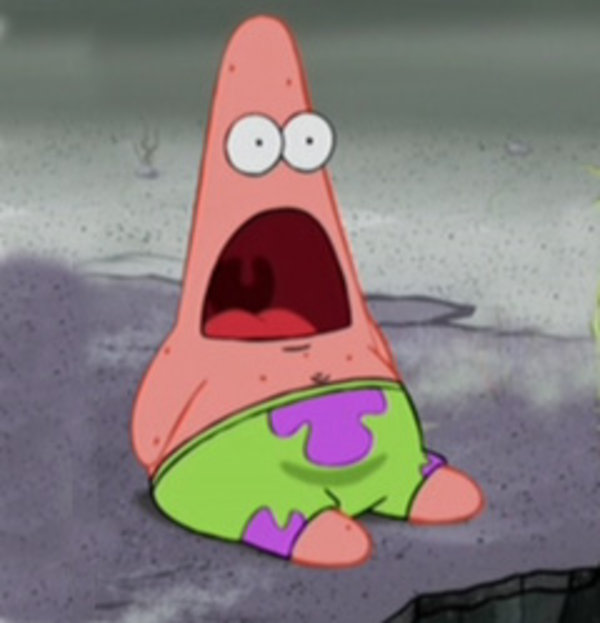 According to China Times, this happened after Xiaoman’s parents started letting her use a smartphone at the age of 1.

Guess those freaky posters of children with squarish eyes – the ones we see at bus stops – aren’t exaggerating after all, eh? What on earth were Xiaoman’s parents thinking?

Apparently, Xiaoman’s family really adored her. They started letting her use the smartphone when she was only a year old to “pamper her”. 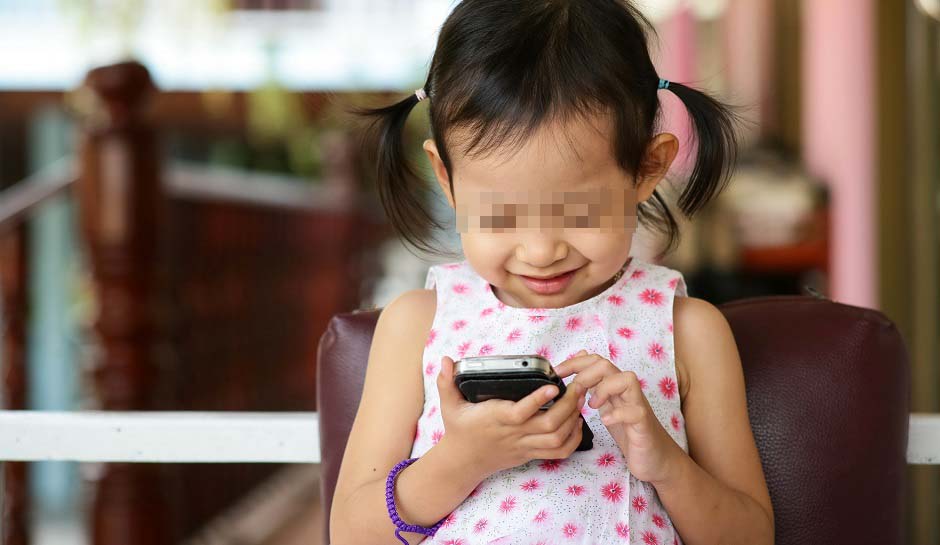 They found that Xiaoman was quiet and calm whenever she looked at the smartphone, so they let her play with it for hours.

After a while, Xiaoman started frowning a lot. She also occasionally squints and rubs her eyes.

But her parents didn’t think much of it, assuming they were just “bad habits”.

When the rubbing and squinting persisted, they decided it was time to get those bad habits checked out. That’s when they had to deal with a hard moment of truth.

Turns out she had 900-degree myopia

Chinese media outlets reported that Dr Liu Wei, a children’s eye specialist at the local hospital, examined her eyes and found that her supposed bad habits were symptoms of myopia.

Her parents were shocked to find out that her myopia was measured at 900 degrees.

Dr Liu said Xiaoman was too young to use electronic devices, and her condition was irreversible.

That’s not all. He added that her shortsightedness could worsen as she grows older.

Children under 3 shouldn’t use electronic devices

Dr Liu recommended that children under the age of 3 should not be using electronic devices, such as smartphones and tablets, at all.

As for children aged 3 to 6, they should not use electronic devices for more than 30 minutes a day — 15 to 20 minutes is ideal.

He also noted that parents should let their children play outdoors – preferably ball games – for at least over an hour. 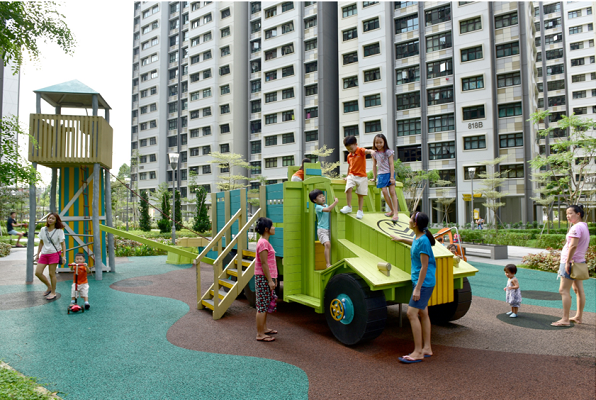 Time to make good use of those playgrounds below your HDB block now.

Take good care of your eyes, and your kids’

Electronic devices have become such an integral part of our lives. So much so that it’s hard to imagine leaving them at home when we’re going out. But moderation is key.

There’s also lots to explore at the next hottest event in town. Pets make great companions to your kids too so long as you promise to be responsible.

With a little more thought and effort, and sheer willpower, we’re sure we can all see past the screen.