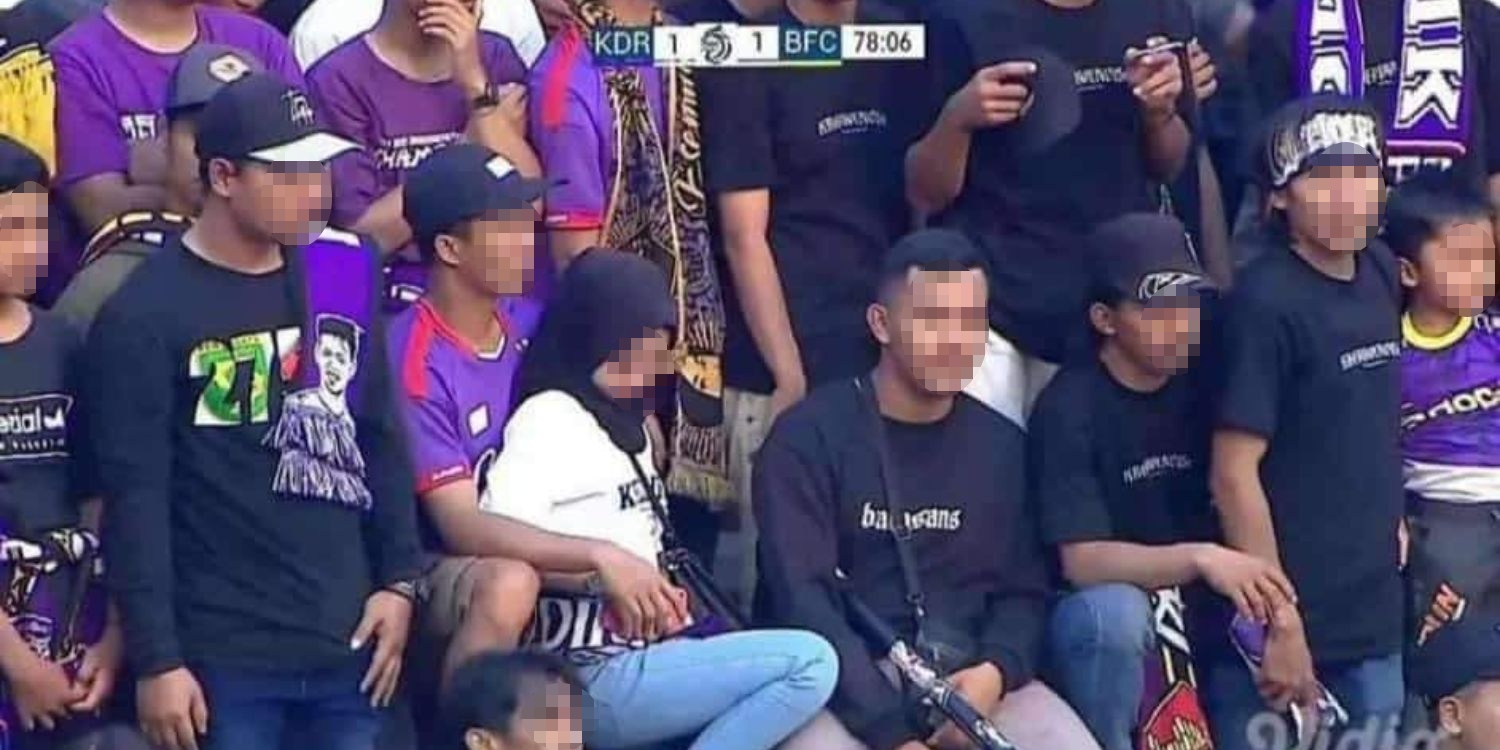 The man and woman caught on camera together are an actual couple.

The thought of stumbling upon a scandal is exciting, and in this age of social media, makes for viral gossip fodder.

That proved to be true recently when a man in Indonesia claimed to have found his girlfriend cheating on a live broadcast of a football match, of all places. 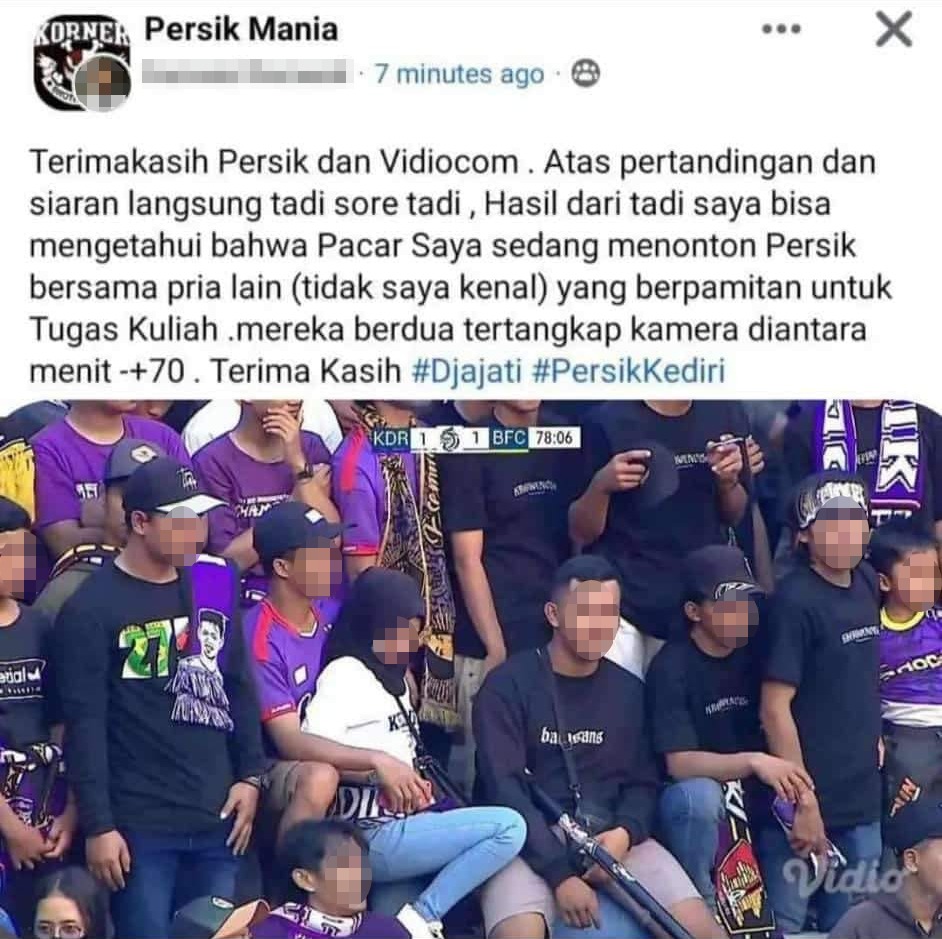 The complete and utter coincidence rocked the Internet as netizens were understandably aghast at the situation.

But in the plot twist of the century, the woman herself later came forward to explain that she didn’t know the man at all. And unlike his allegation, the man she was seen with is her actual partner.

In a Facebook post that appears to have been removed, a man uploaded a screenshot from a live broadcast of a football match between Bali United and Persik Kediri.

The image featured some spectators, drawing particular attention to a man and woman who appeared to be rather affectionate with each other.

The caption, which the OP wrote in Bahasa Indonesia, roughly translates to:

Thank you Persik and Vidiocom. Thanks to the match and live broadcast this afternoon, I learnt that my girlfriend was watching Persik with another man (whom I don’t know) with the excuse that they were doing school work. They were both caught on camera around the 70th minute. Thank you.

Possibly in horror of the man’s discovery, many netizens who saw the post expressed their sympathies.

His post also allegedly went viral, with some media sites picking up the story and eliciting even more sympathetic comments.

Following the post’s virality, a netizen apparently reached out to the Persik Mania page to state that the post was a lie. 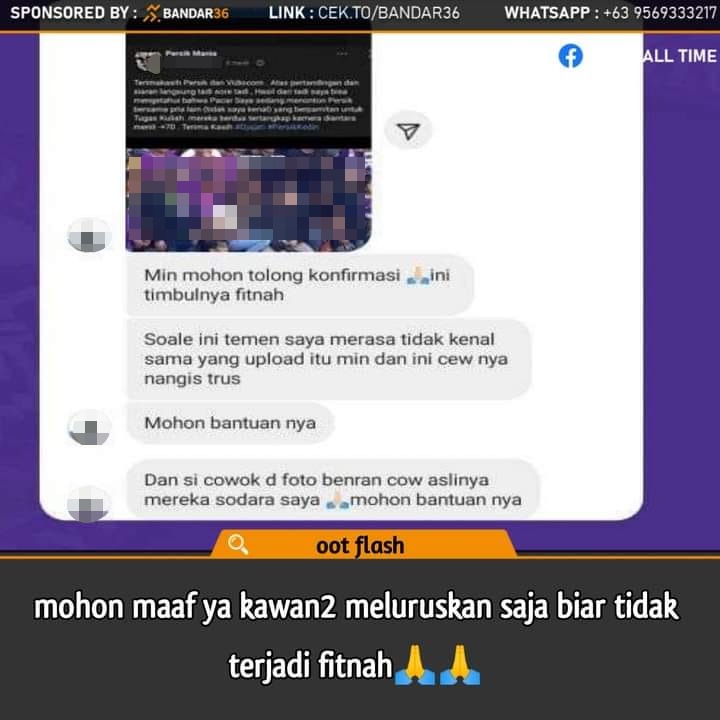 A screenshot of the exchange shows the netizen, who claimed to be the woman’s friend, writing that she did not know the man who accused her of cheating on him at all. She allegedly even cried after the post went viral.

The netizen who was also apparently a relative of the man in the photo, thus appealed for the admin to post a clarification about the incident. Whether they did so is unclear.

Perhaps wanting to take matters into her own hands, the woman managed to track down the OP.

She uploaded a TikTok video of herself and her partner with the man standing between them, reading from what seems to be a document indicating a mutual agreement.

After confirming that it was all a misunderstanding, the OP apologised for his actions. He also shook hands with both the woman and her actual boyfriend.

Though the OP may have crafted his post in jest, it clearly ended up having a negative effect on innocent people.

Luckily for him, the couple seemed quite forgiving, letting him off after his public apology.

If there’s anything we can learn from this incident, it’s that we shouldn’t spread false information, regardless of its nature.

Considering how fast word spreads online, we’d never know how wide of an impact our posts can have.

We hope the OP has learnt his lesson and will avoid making the same mistake again.