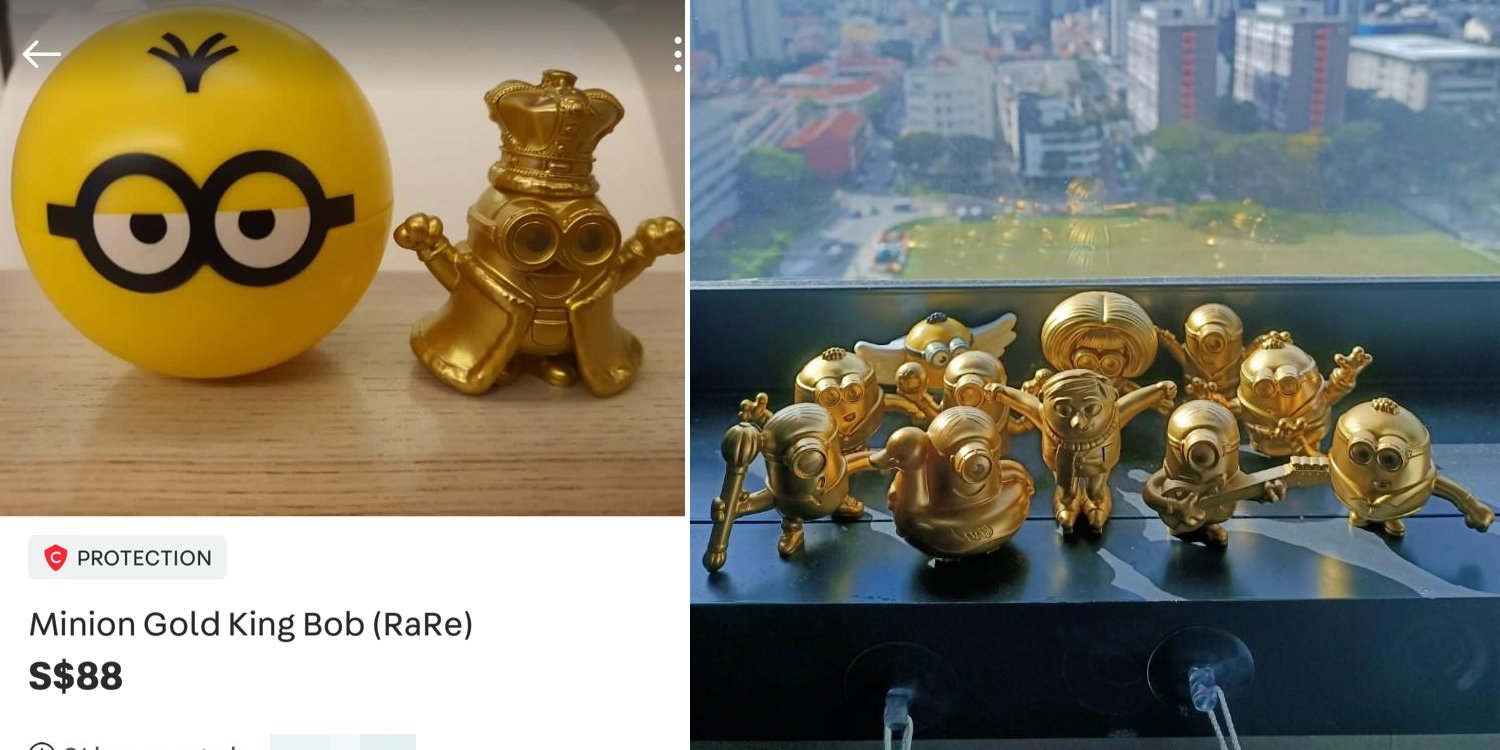 People are certainly lovin' it.

McDonald’s Happy Meals might be marketed towards kids, but many of us grown-ups still get them once in awhile — not just for the food, but for the complimentary toys too.

McDonald’s Now Has Pokemon Happy Meal Sets; Here’s How To Catch Em’ All

Recently, the Golden Arches in Singapore launched 35 new Minion toys that will accompany its Happy Meals.

But with every Happy Meal purchase, customers also stand a chance to win an elusive gold ‘version’ of the regular Minion designs. Some customers heng enough to get one of these Golden Minions, however, took to Carousell to resell them at higher prices.

The Minion collectable toys come in adorable capsules with every Happy Meal purchase.

Customers can collect a maximum of 4 Minion toys per order. 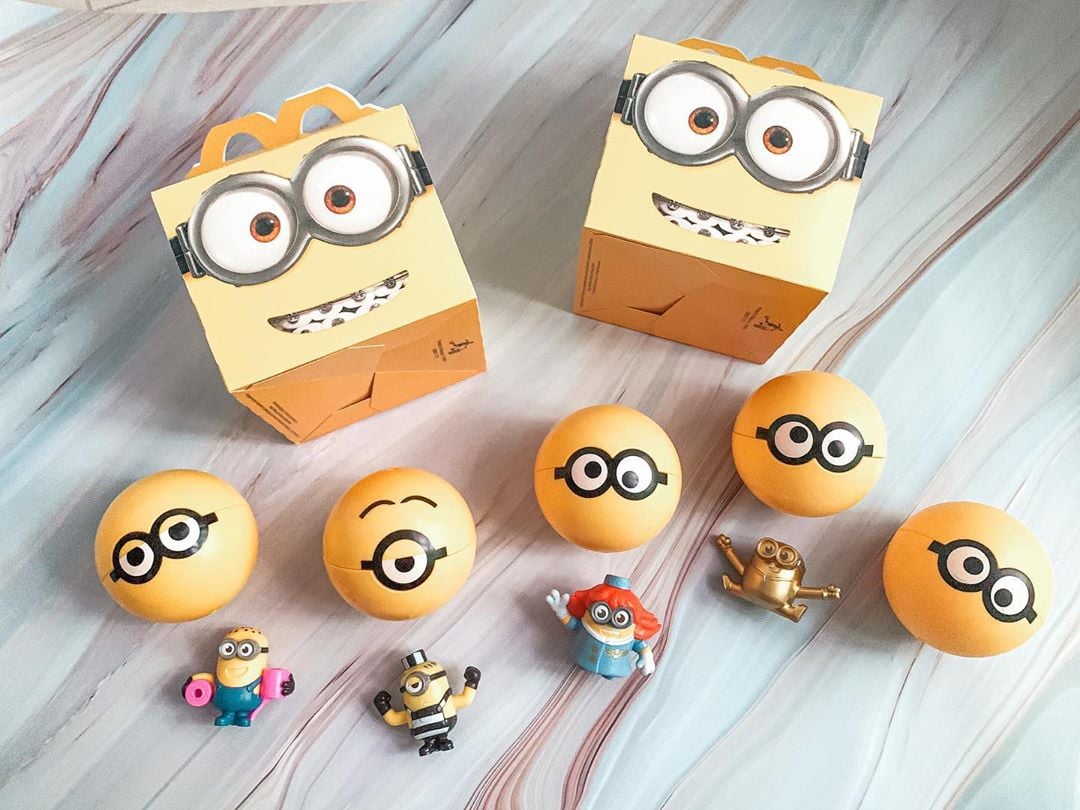 Since it’s launch on 10 Sep, many McDonald’s fanatics have already jumped on the bandwagon, eager to grow their Minions collection.

A different set of design is issued every week. However, given the toys’ popularity, they’re often sold out.

But perhaps the most sought-after Minion toys are the super-rare Golden Minions.

Enterprising Singaporeans took the chance to make a quick buck from these elusive toys, listing them on Carousell for marked-up prices.

On average, the Golden Minion toys were going for about $30. 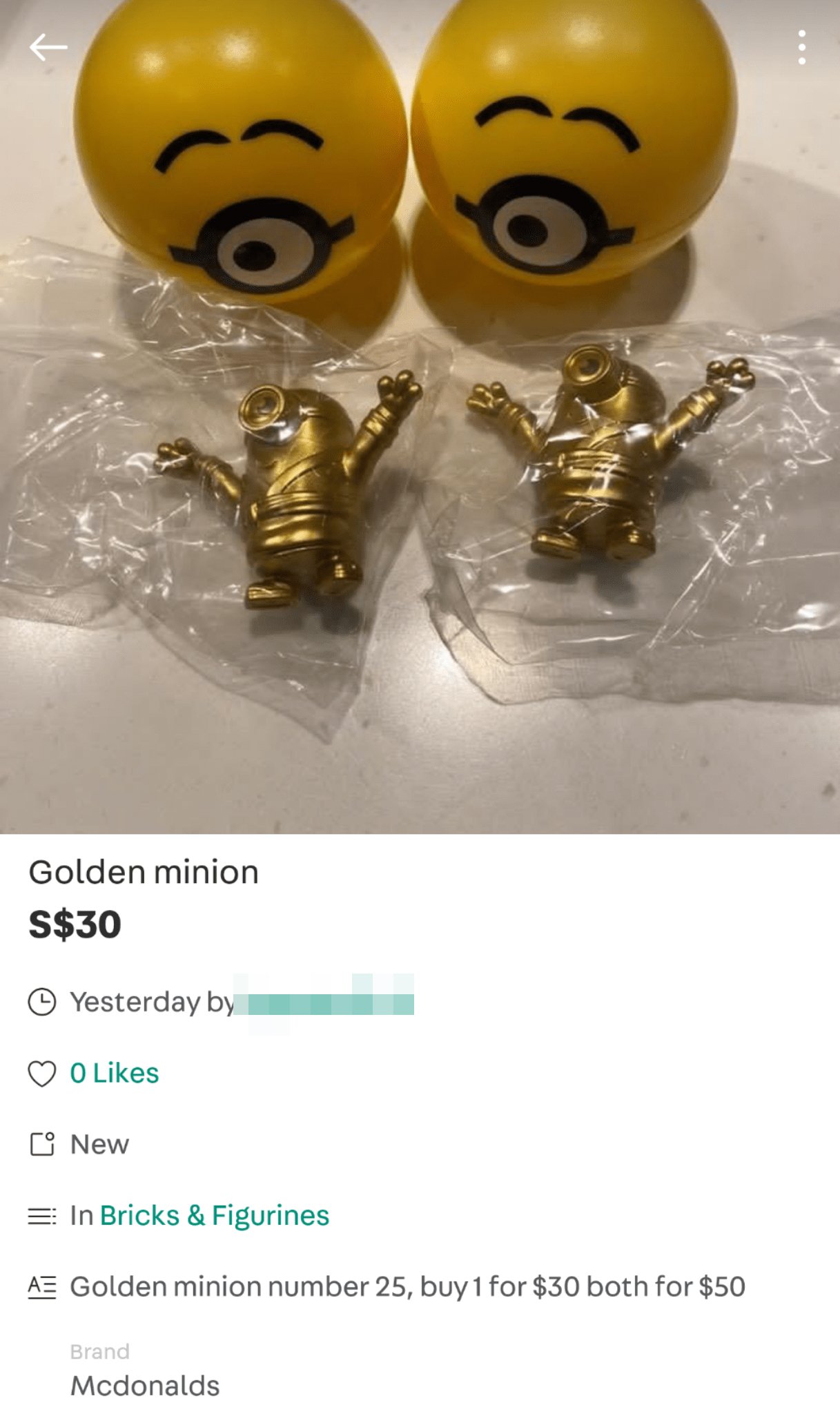 This user even listed his Golden Minion toy for as high as $88. 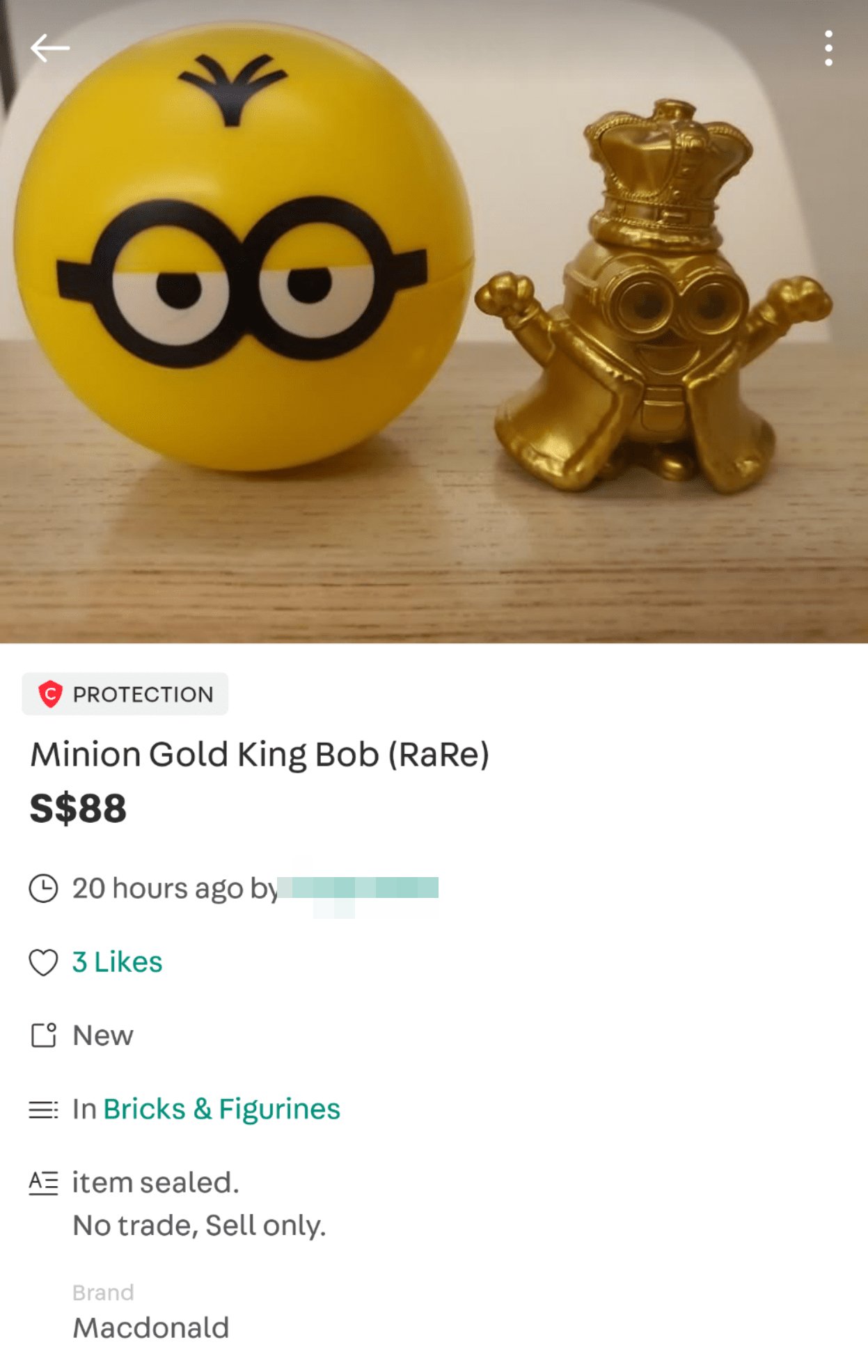 With that whopping price tag, one can get almost 17 Happy Meals.

While it’s unlikely that someone would buy the toy for $88, some Carousell users successfully sold theirs off, albeit at more affordable prices.

This Golden Minion toys priced at $20 was marked as ‘sold’ on Carousell. Seems like people are certainly willing to spend to get their hands on these elusive Golden Minion collectables, albeit not at sky-high prices

Not too late to join the Minion hype

Seeing McDonald’s Golden Minions being sold on Carousell for such high prices may shock many.

But if you’re looking to join the Golden Minion hype, not to worry — McDonald’s plans on restocking the toys in the near future, so do keep a lookout on their Facebook page for updates.

What do you think of the Golden Minion toy craze? Let us know in the comments down below.