Is the poem too much for a 13-year-old to handle?

Dunearn Secondary School has come under the media spotlight after an alarmed parent spoke up about a ‘violent’ poem that was used in a Secondary 1 literature exam. (A typical Sec 1 student will be only 13 years old.)

According to the parent Ethel Lee, her child described the poem as ‘horrible’. The poem in question is Roger McGough’s ‘The Lesson’, a gory piece of work about a teacher physically abusing and torturing his students.

Roger looks like an old, kindly guy, so you wouldn’t quite expect an Eminem-esque prose.

The gory parts of the poem

We have picked out the especially gory parts of that poem. The entire poem can be read here.

Then sword in hand he hacked his way
between the chattering rows
‘First come, first severed’ he declared
‘fingers, feet or toes’

Lee felt that using such a gory poem might teach students that violence is accepted. However, the principal of Dunearn Secondary School, Boo Hian Kok, said that The Lesson had “literary value”. He also commented that their teachers do not shy away from teaching such controversial topics, but are instead trained to guide students to see the differences between fiction and real life. 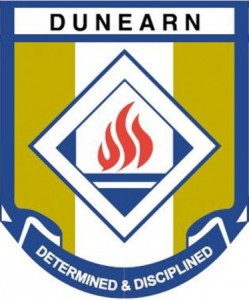 “Through analysing the poem, the students had the opportunity to appreciate how the overall comedic effect and humorous tone were created through the use of poetic techniques.”

Other parents were also more liberal. They felt that since violence was an unescapable aspect of the world, it would be safer for young children to be exposed to it in a more monitored environment.

“The arts are supposed to be liberal, anyway.”

I think the main issue here is not about uncomfortable literature. Like some parents rightly pointed out, the arts are supposed to be liberal, and bring across real life issues using literary devices such as irony and hyperbole.

Instead, we should be debating about what the acceptable age to expose children to such literature is. Even if we have the noble intention of showing our kids the ugly face of the world, caution must be taken so that they do not become “inspired” to be like the characters in the literature text.

We wouldn’t want children running around demanding for a pound of flesh each time a promise is broken.