Grab Is Cancelling Monthly Subscriptions In Dec, But You Can Still Get Food Plans At $9.99/Month 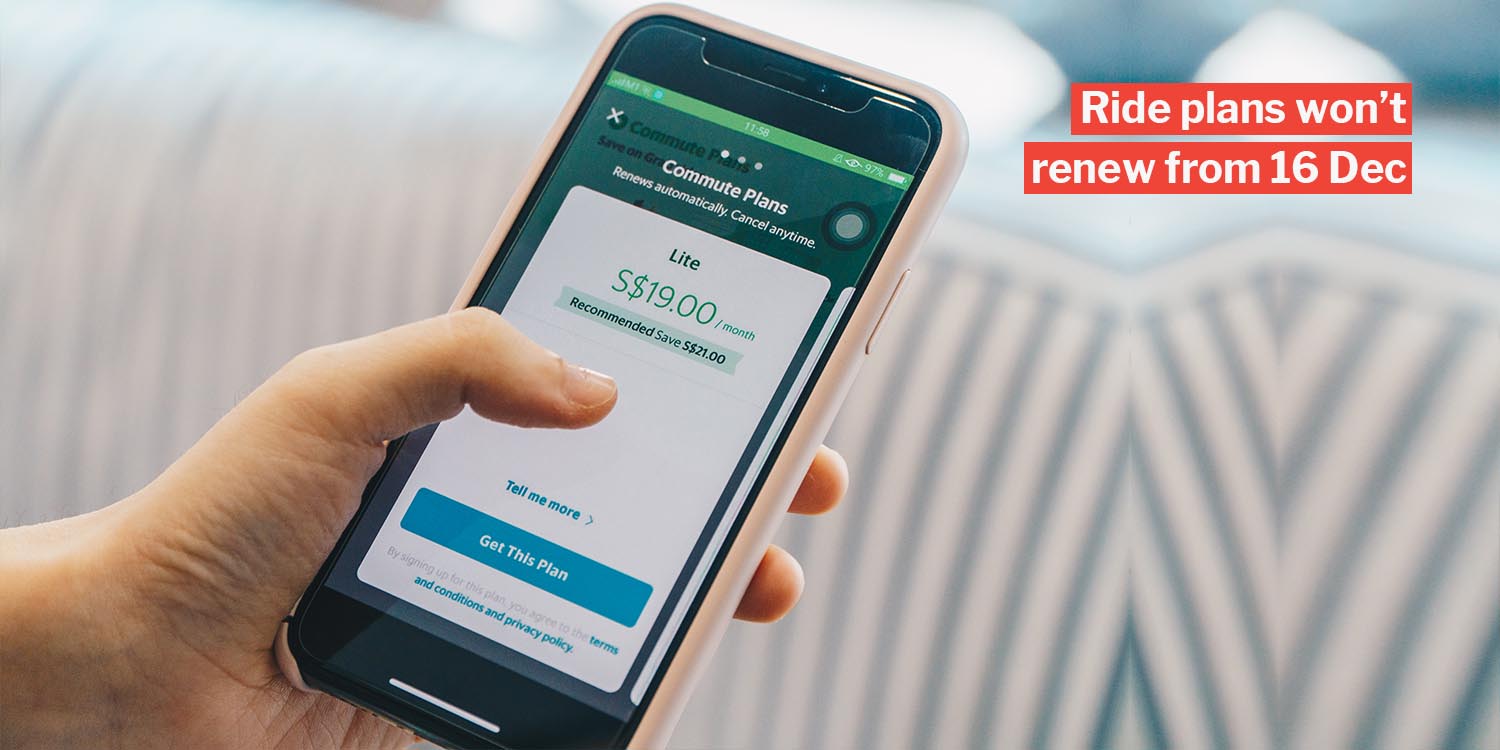 When Grab first launched its monthly plans late last year, they created waves among Singaporeans ’cause it would mean they can save more on rides and food. Unfortunately, these plans will soon be stopped due to a shift in demand.

According to TODAY Online, Grab said they will be stopping their ‘Commute’ and ‘All Access’ subscription plans that allow users to take discounted rides and receive other discounts. 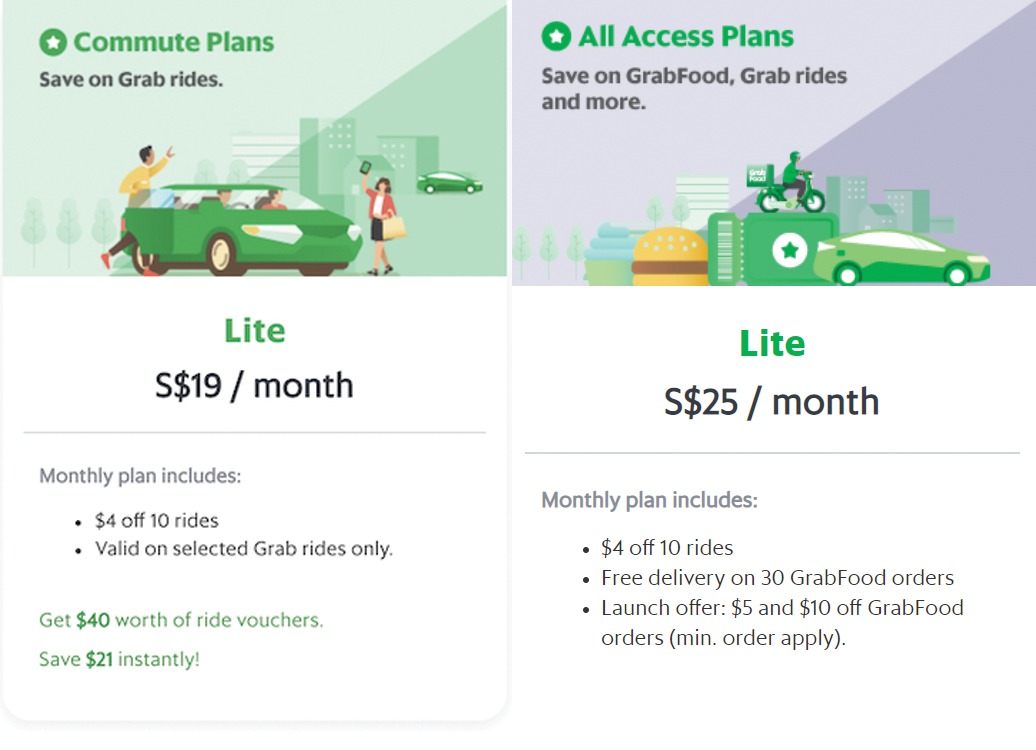 TODAY Online reported that subscribers of Grab’s existing monthly plans were notified via their Grab Mail last Wednesday (16 Oct) that the 2 plans, ‘Commute’ and ‘All Access’, will not be renewed starting 16 Dec. 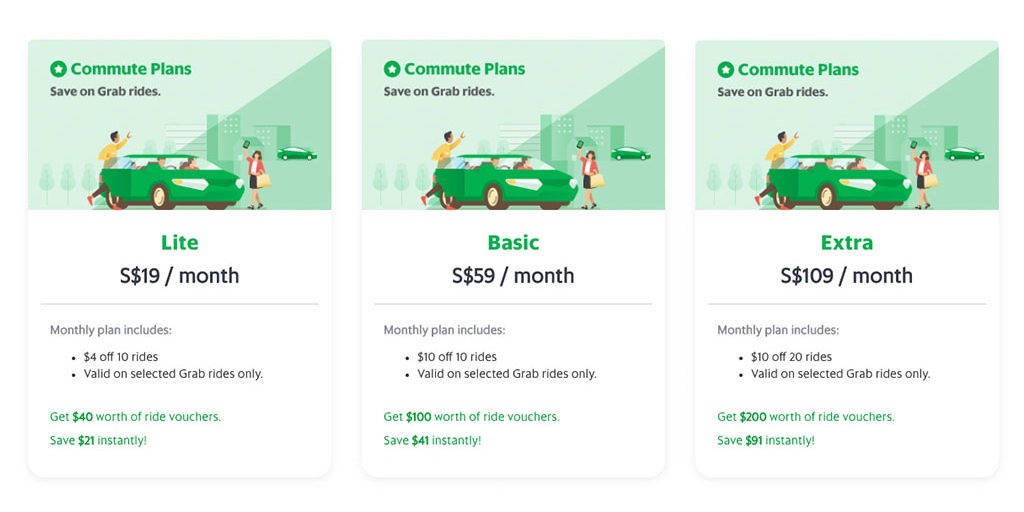 A variety of Commute Plans that were introduced last year
Source

However, even though these 2 plans will be scrapped, you can still subscribe to their ‘Food’ plan for $9.99 a month. 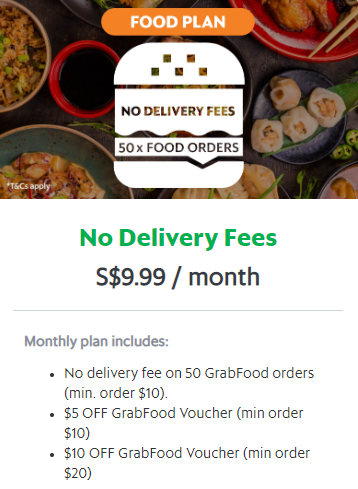 The monthly free delivery plan offers subscribers 50 free GrabFood orders as long as they spend a minimum of $10. It also offers a $5 and $10 GrabFood voucher.

Grab told TODAY, that they were discontinuing these subscription plans to cater to rising demand for “better engagement”. 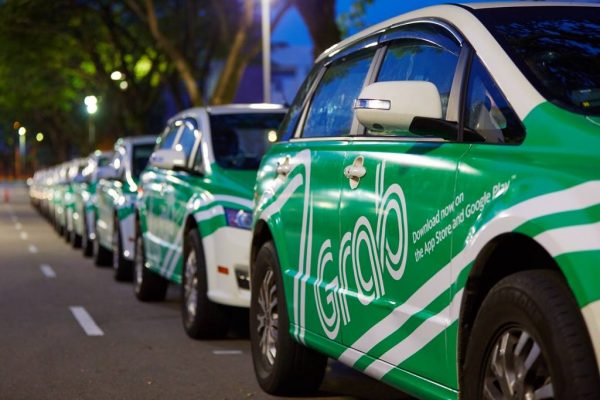 Their spokesperson said they have taken note of consumers’ feedback that,

They are not only looking for a brand that provides good service, but also one that offers personalisation and innovation.

The spokesperson added that Grab is currently looking to offer subscription plans that are more specialised that will provide users a wider selection of services.

One example of this was when Grab recently launched their Bubble Tea subscription plan to meet the rising number of people who consume bubble tea in Singapore.

Grab added that they will be testing it with a ‘select group’ of people and gathering their feedback before choosing what to do about their new plans.

Singaporeans disappointed with the decision

Many Singaporeans interviewed by TODAY Online are disappointed with Grab’s decision.

Some said they use these plans to its full extent and were sad to hear their departure from the app, while others gave suggestions such as a plan for unlimited monthly rides at a higher cost.

What do you think of Grab’s decision and what do you want to see in their new plans? Let us know in the comments below.