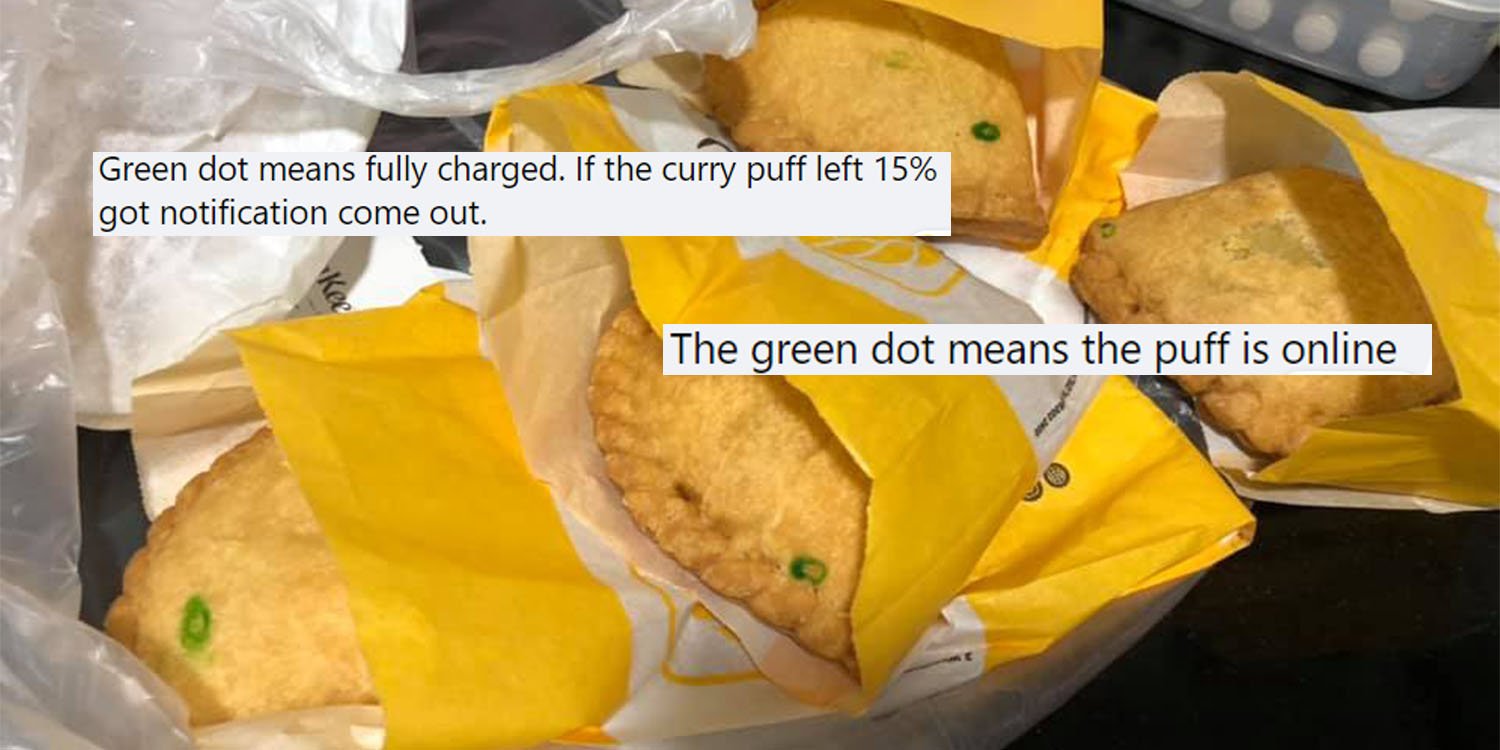 Food safety and hygiene are undeniably important issues, as a lack of either can lead to harm done.

A netizen, however, got the shock of her life when she found some “suspicious” green dots on her pastries, bought from Old Chang Kee (OCK).

Taking to Facebook, complete with a “doesn’t recommend Old Chang Kee” tag, she posted about those green dots, which to her might resemble mould.

But the post went viral, and netizens decided to have a little fun, giving wrong answers only. We can’t even find the original OCK reply anymore.

Because the “newly launched chicken mushroom pie” has “green little dots” on them. 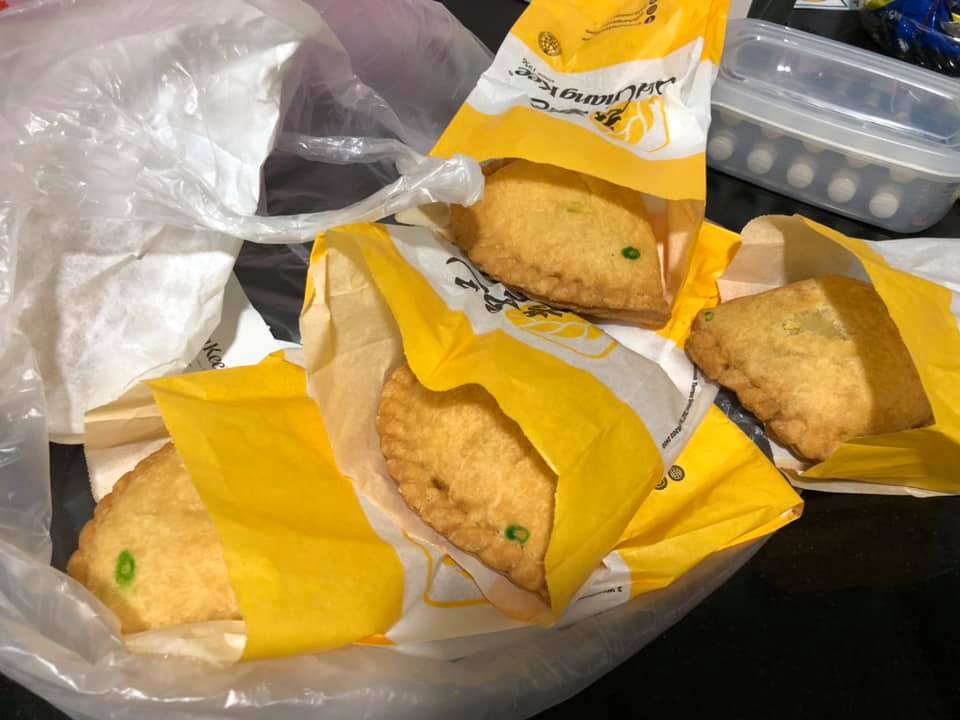 Not only that, but the dots were found on all 4 of them. The horror.

The netizen professed to not being sure of what the green dots actually are, or if the pastries are spoiled.

Not only that, but the pastries from another OCK outlet doesn’t appear to have the green dot on them — which seemed to increase her suspicions.

We can give the benefit of the doubt that she doesn’t know what the dots are.

But it sure sounds like she suspects the pastries are mouldy.

Given the netizen directly tagged Old Chang Kee in the post, it seemed inevitable that they’d notice.

And so they took the liberty to reply and joined the dots — metaphorically, of course.

Indeed, the fiendish little green dots are there so staff know that the pastries are of the Chicken Mushroom variety.

While we might perhaps give the netizen the benefit of the doubt, others who chanced upon the post weren’t so forgiving.

They seemed in disbelief that someone could mistake the dots for mould — after all, the Chicken Mushroom’O has been around for quite a while.

And red dot for offline. Understood.

Another suggested that the green dot was a sign from the God of Curry Puffs.

Someone else figured it out, though. Clearly, the pastries were charged before being sold. It’d be irresponsible for OCK to sell uncharged pastries, right?

Hopefully puffs weren’t thrown out because of green dots

To her credit, the netizen hasn’t replied even once, or taken the post down after 22 hours — though it’s gone viral.

Perhaps she’s still lamenting that the puffs she bought the other day were spoilt.

Hopefully she didn’t throw them out before OCK responded, though.

Thank you, random netizen, for making our day.