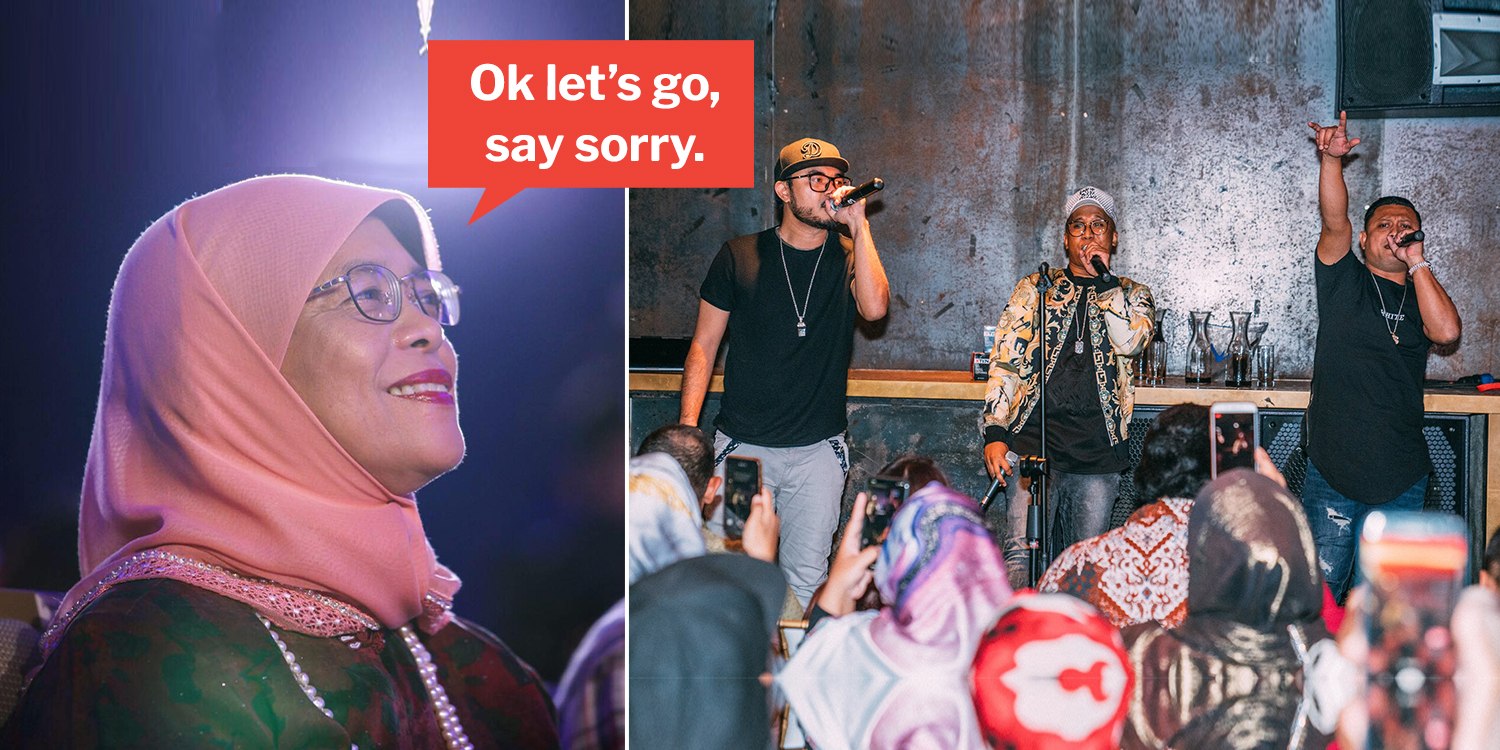 Amidst calls for accountability & an apology, President Halimah Yacob surprised everyone on Monday (15 Jun) with a lengthy post calling out the behavior. 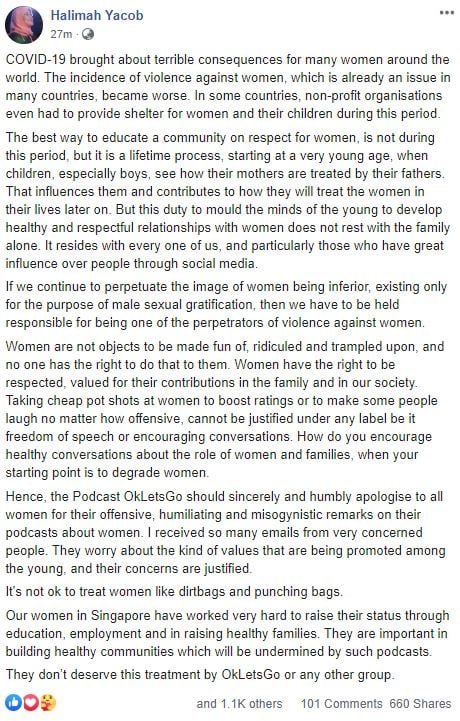 Covid-19 has impacted women around the world

President Halimah begins her post by outlining the “terrible consequences” that women around the world – incidence of violence – have had to deal with.

Educating a community on “respect for women” is thus crucial, not just in the context of an epidemic, but a “lifetime process”.

We are all responsible for influencing young minds

Young boys learn how to treat women with respect by emulating how their fathers treat their mothers, shares Mdm Halimah.

And this ongoing process will eventually influence & inform their relationships in the future.

Next, President Halimah makes an impassioned statement about how those with social media influence will affect impressionable minds,

This duty to mould the minds of the young to develop healthy & respectful relationships with women does not rest with the family alone.

The social responsibility to build a culture of respect to all individuals regardless of their gender rests on all of us, she adds.

Perpetuating troubling stereotypes is not okay

Referencing the “lewd” comments made on the OLG podcast, President Halimah points out why the behaviour is not okay for the following reasons.

By perpetuating “inferior” images of women for the sole purpose of “male sexual gratification”, we must also be “held responsible” for advocating incidents of violence against women.

If these mindsets are normalised, it will impact our subcultures & make such behaviour acceptable in the long-run.

President Halimah also highlights the problematic aspects of featuring such comments in a podcast:

By perpetuating these narratives, women’s contributions to family & by extension society at large would be devalued.

Fostering a culture of respect and healthy conversations can’t begin from a “starting point” of “degrad(ing) women”, stated the President.

Finally, Mdm Halimah requests for a sincere & humble apology to all women for their “offensive, humiliating & misogynistic remarks” shared in OLG’s previous podcasts.

Speaking out on behalf of multiple emails from “very concerned” citizens, the President hopes that these kind of values will not be taught or normalised in our future generations.

As far as an apology goes, the OLG team has uploaded a statement on Sunday (13 Jun), prior to the President’s Facebook post.

The lengthy statement essentially acknowledges that there’s room for “improvements” in terms of the content & that they “appreciate the constructive feedback”. 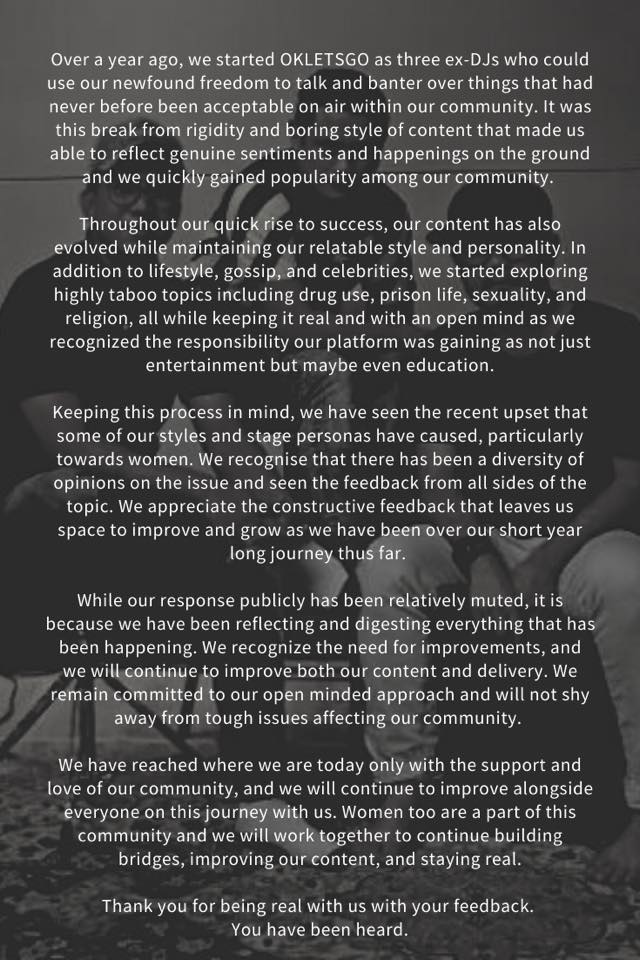 Netizens have also pointed out that the “muted response” reads less like an apology than a clarification of the issue.

An apology has been sought, hope OLG heeds the call

Women in Singapore take on multiple roles in society — from sisters, daughters, mothers & wives to leaders spearheading our community & economy.

Thankfully, our meritocratic system also ensures that our young girls get a proper education & a chance to excel in what they’re passionate about when they’re older.

We hope that OLG will heed the President’s call in considering how their comments have impacted a culture of respect for our women & issue a sincere apology soon.

S’poreans Call Out OLG Podcast For Alleged Lewd Remarks, Ask Them To Be More Responsible