Healer Allegedly Also Helped Others With Their Vision, Hearing And Scald Injuries

Afraid of visiting the hospital for medical treatment? Here’s an alternative treatment for your consideration.

Introducing Reverend Patrick Loh, associate pastor at Soakability Church and a healer who ain’t shy to share his healing experience with others on Facebook. 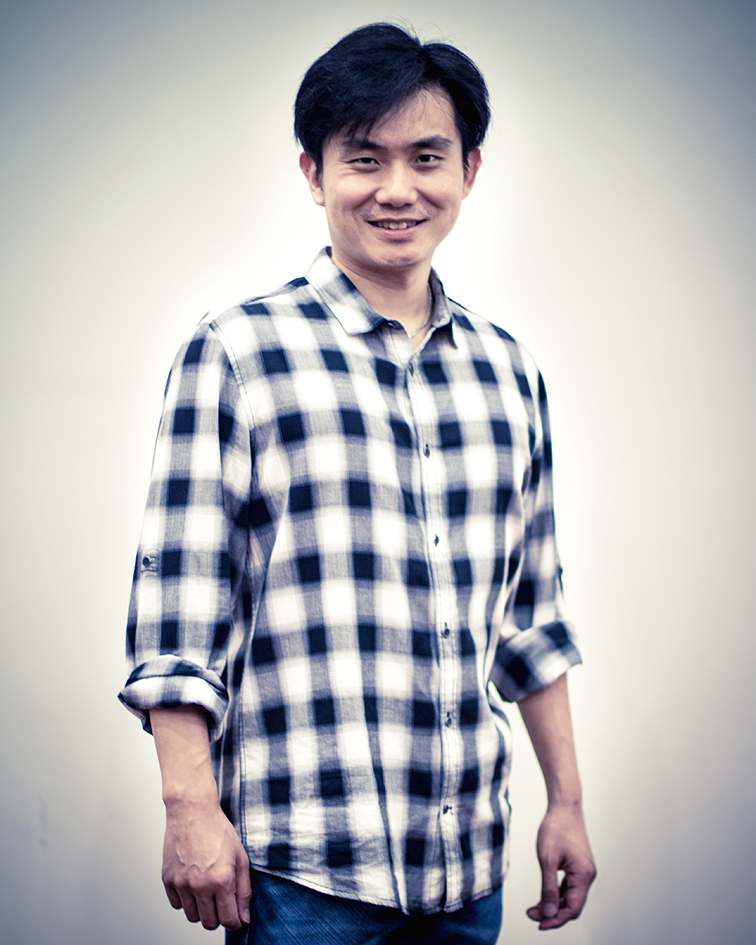 One of his videos from September last year has gone viral recently. In the video, he helps a man to instantly grow his leg.

Yep, you read that right. 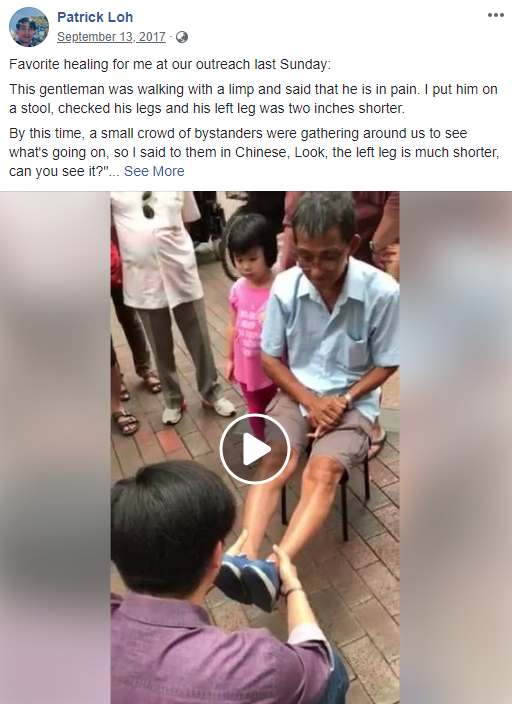 According to the video description, the footage was taken during an outreach programme that Rev Loh participated in. There, he encountered an elderly man who was limping and appeared to be in pain.

On closer examination, Rev Loh found that the man’s left leg was 2 inches shorter than his right.

He starts off by holding on to the elderly man’s legs. 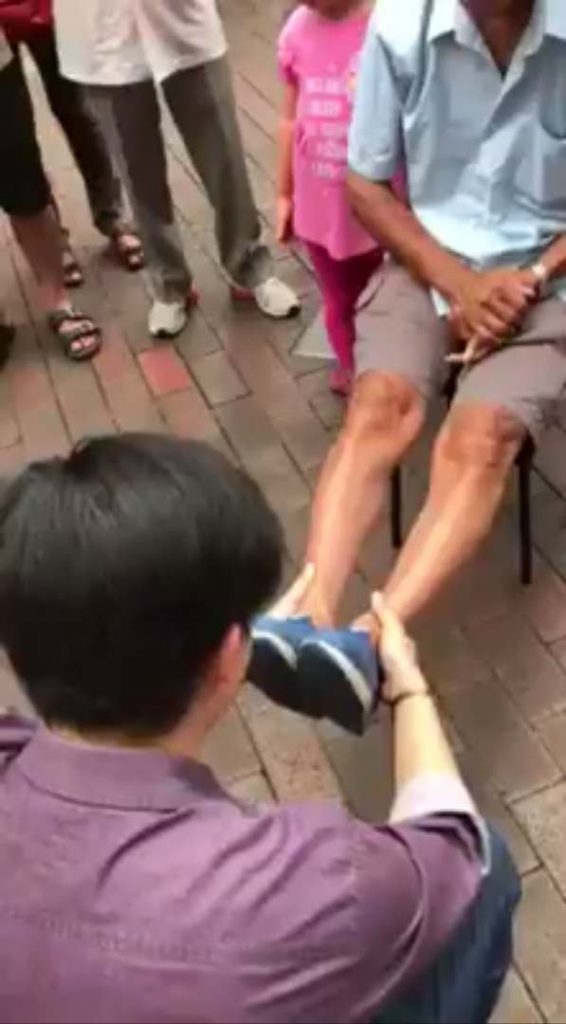 For almost 10 seconds, the healer shouted repeatedly in Mandarin for the man’s left leg to grow. Following that, Rev Loh spent another 10 seconds commanding the leg to grow “out”. 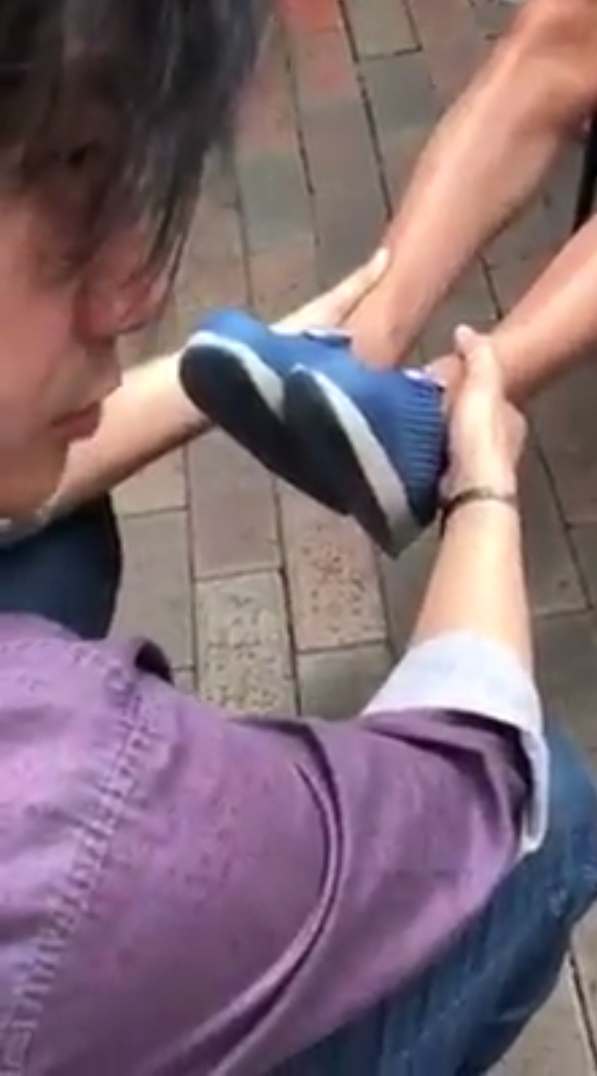 The healer then asked the elderly man to try walking again. But just when the man was about to land on his left leg, the video comes to an anti-climatic stop.

Viewers were thus unable to verify if the healing had worked. Walao, why liddat.

You can check out the full video here.

The video was shared on the Singapore subreddit on Tuesday (18 Sep) and went viral instantly.

At the point of writing, the 7-hour old thread has received 256 upvotes and 146 comments.

Here are some highlights.

Another netizen suggested that Rev Loh use his magic touch to lengthen another part of the male anatomy.

A redditor who posted a similar comment got burned bad. Enjoy. 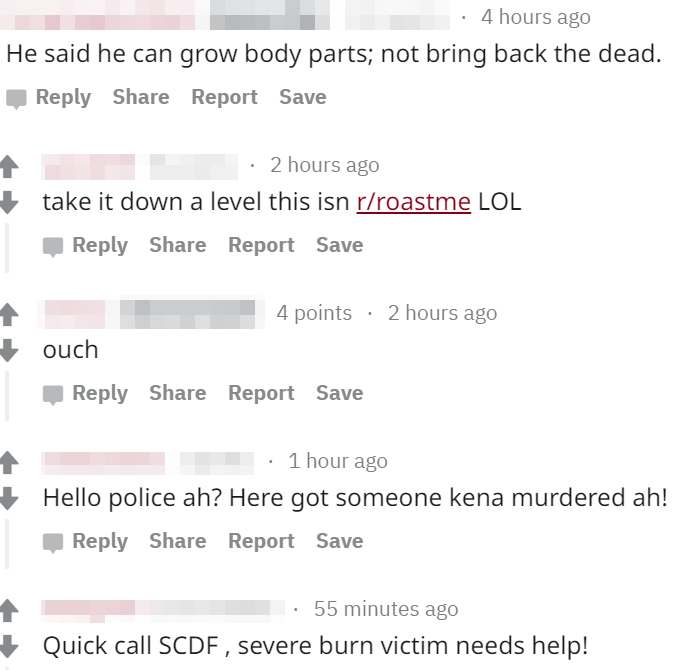 Always dreamt of reaching 1.8m? Well now you can, with the help of Rev Loh.

Besides helping his patients grow their leg instantaneously, Rev Loh also has other healing abilities up his sleeves.

He allegedly helped a gentleman out with his vision and hearing in April last year. He also helped out a lady who had an indentation in her knee earlier this month. 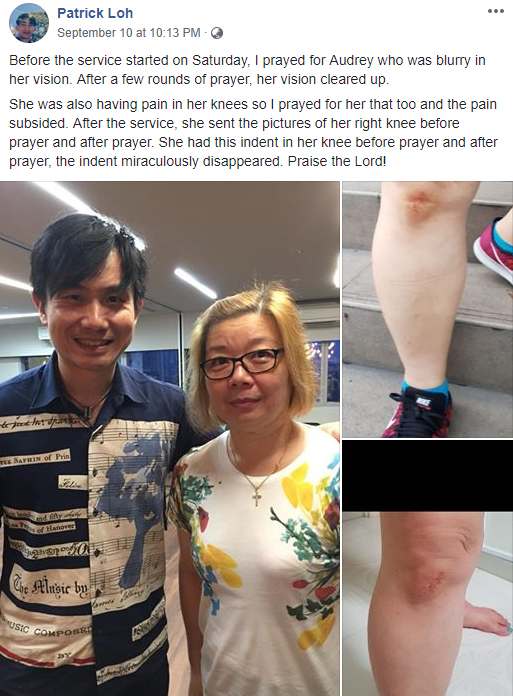 It was also rumored that Rev Loh had something to do with this post involving a porridge-selling aunty and her badly scalded fingers. 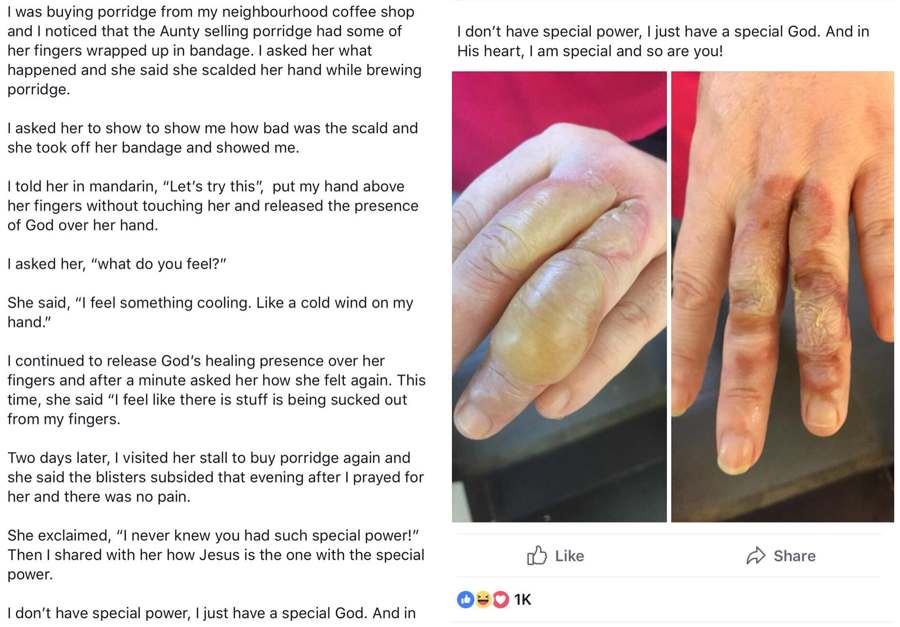 Skeptical netizens can criticise his healing procedures all they want, but who knows if the they are actually effective.

What are your thoughts on these alternative treatments? Will you be open to trying it out as a last resort?