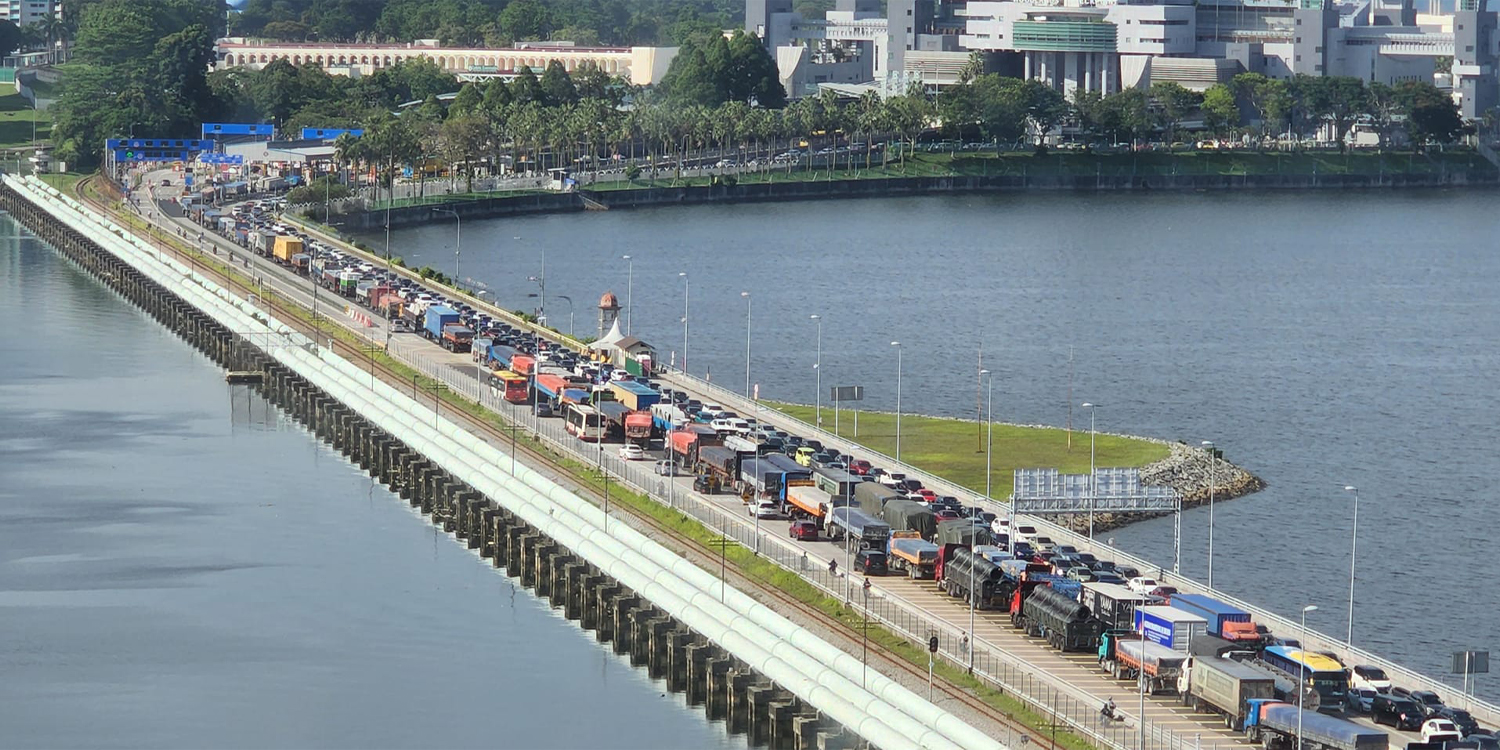 Take note if you're heading to Malaysia via the land checkpoints by car or bus.

With the Chinese New Year (CNY) period drawing near, heavy traffic is expected through Woodlands and Tuas Checkpoints as people travel back to their hometowns.

On Monday (16 Jan), the Immigration and Checkpoints Authority (ICA) advised those who wish to use the land checkpoints by car or bus between now and 20 Jan to factor in additional time for immigration clearance.

During the peak of CNY in 2019, the average waiting time for those crossing the checkpoints was about three hours.

For a smoother journey, travellers are urged to check the traffic situation on the One Motoring website before departing.

On Monday (19 Jan), ICA said in a media release that the traffic flow through Woodlands and Tuas Checkpoints has returned to pre-Covid 19 levels during peak hours.

During the end-of-year holiday season in 2022, more than a million travellers passed through both checkpoints, with about 361,000 people crossing daily.

As a result, there was extremely heavy departure traffic on the Bukit Timah Expressway (BKE) towards Woodlands Checkpoint due to tailbacks.

Back in 2019, CNY travellers faced an average waiting time of three hours at the checkpoints. 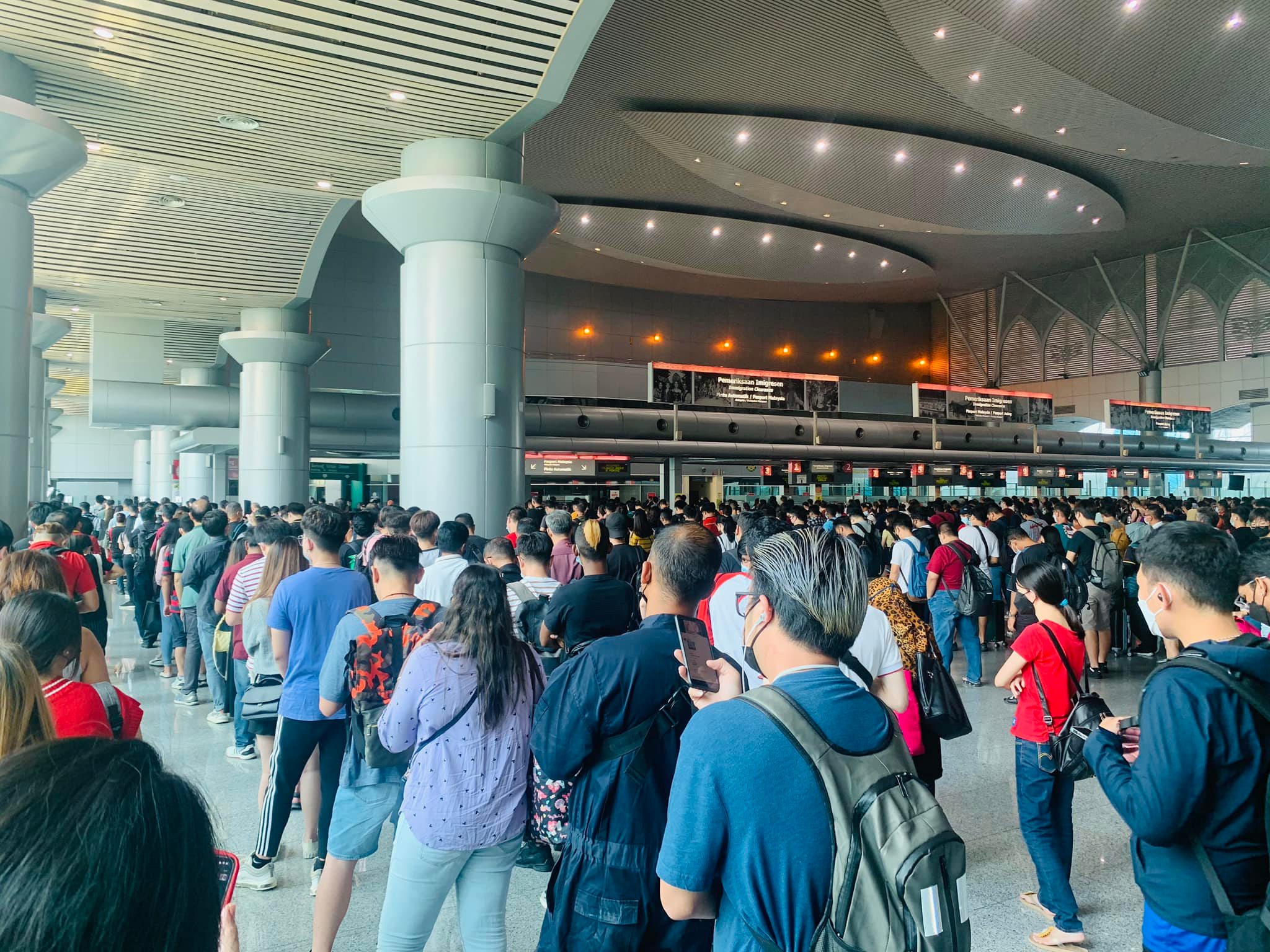 The same continuous heavy traffic is expected to happen for this year’s celebrations.

Because of this, ICA advises those heading to Malaysia via the land checkpoints by car or bus to factor in additional time for immigration clearance.

Before embarking on their journey, travellers are urged to check the traffic situation at the checkpoints on the Land Transport Authority (LTA)’s One Motoring website.

They can also do so via the Expressway Monitoring & Advisory System along the BKE and Ayer Rajah Expressway (AYE).

ICA will provide updates on their social media accounts and through local radio broadcasts as well.

In their statement, ICA reminded motorists to avoid queue cutting. Such behaviour causes severe congestion and compromises the safety of others.

Travellers who are crossing the border by bus and are eligible to use the automated lanes at the passenger halls should also do so.

Before setting off, ICA reminds travellers to take note of the following:

Travellers are strongly encouraged to submit the SG Arrival Card via the MyICA mobile application.

Singapore residents are exempted from submitting a health declaration at land checkpoints.

Do not bring prohibited items

ICA also asked travellers to comply with laws and not to bring prohibited items into Singapore.

Examples of these are firecrackers, “Pop-Pop” weapons, and imitation tobacco products, including e-cigarettes and vaporisers.

Controlled items such as bak kwa, eggs, and potted plants also should not be brought in.

Dutiable or controlled items must be declared to officers.

ICA said they will continue to facilitate immigration clearance efficiently without compromising on security.

They seek travellers’ understanding and cooperation to be patient, observe traffic rules, maintain lane discipline, and cooperate with officers at land checkpoints.

With all that in mind, we hope everybody travelling from Singapore to Malaysia has a safe and wonderful trip this CNY.