The CEO supposes that this is the first such incident in Singapore.

When it comes to professional wrestling attire, most people would naturally think of colourful and loud costumes. The hijab, a symbol of modesty, is certainly not a piece of clothing that’s usually associated with the wrestling ring.

But two wrestlers proved that the hijab could well be a part of the sport when they featured in a professional wrestling match in Singapore recently. 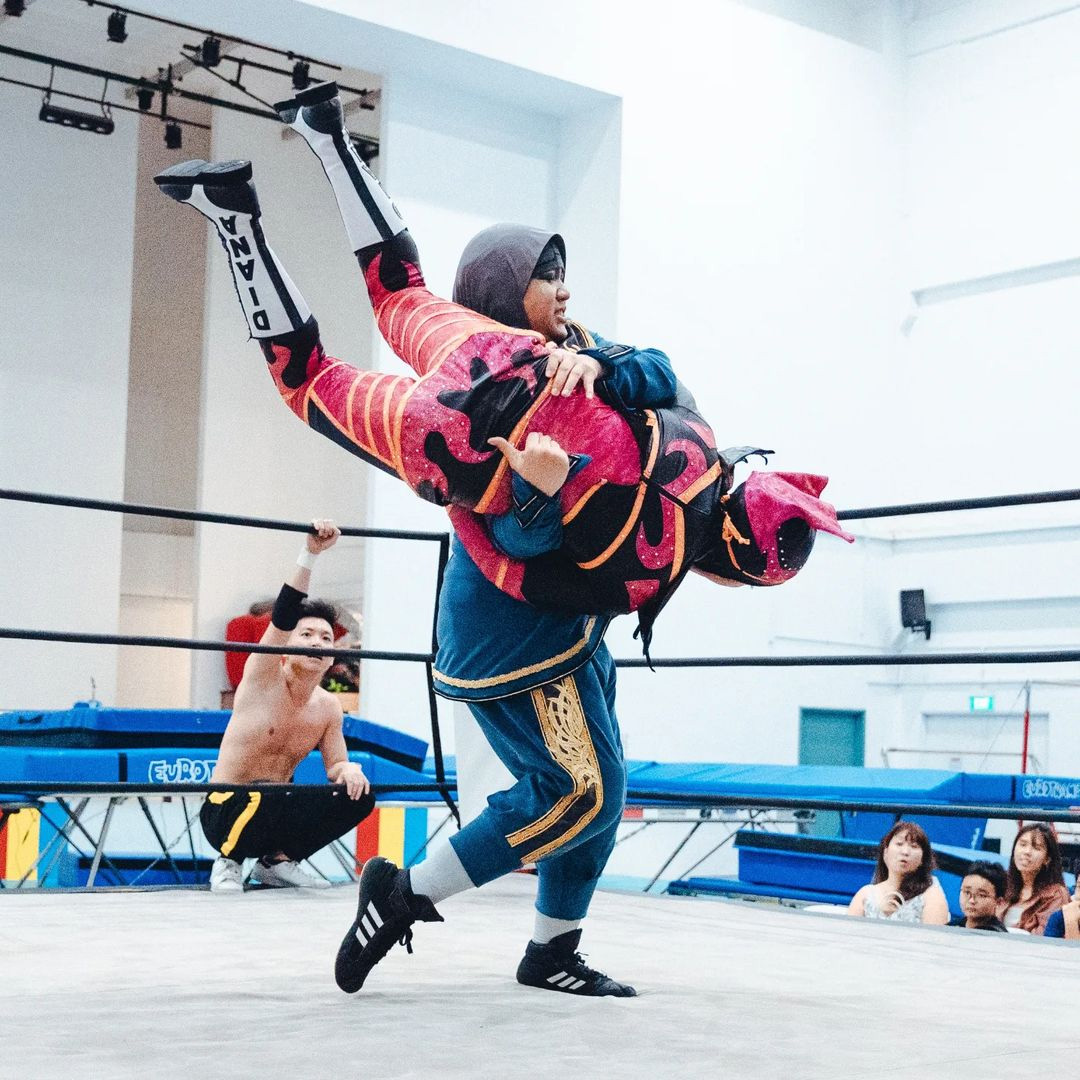 Turns out, there’s actually a touching storyline between the two wrestlers — one apparently inspired the other to take part at all. 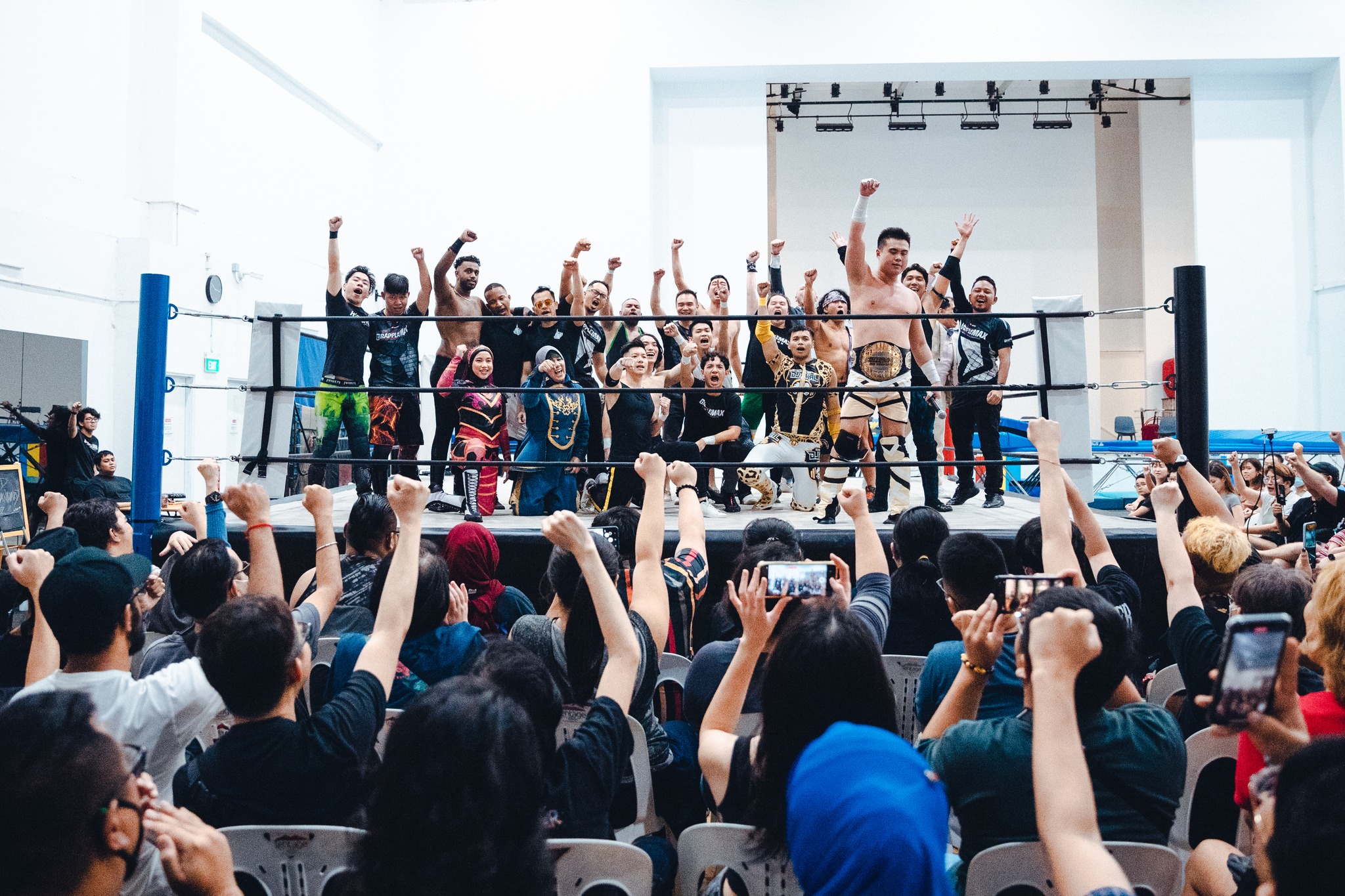 Of the five matches, one, in particular, caught the eye of fans — a tag team match featuring not one, but two hijabi fighters in each corner of the ring.

Over in one corner was Grapplemax’s Sarah, accompanied by her tag team partner ‘Crypto Bro’ LK. 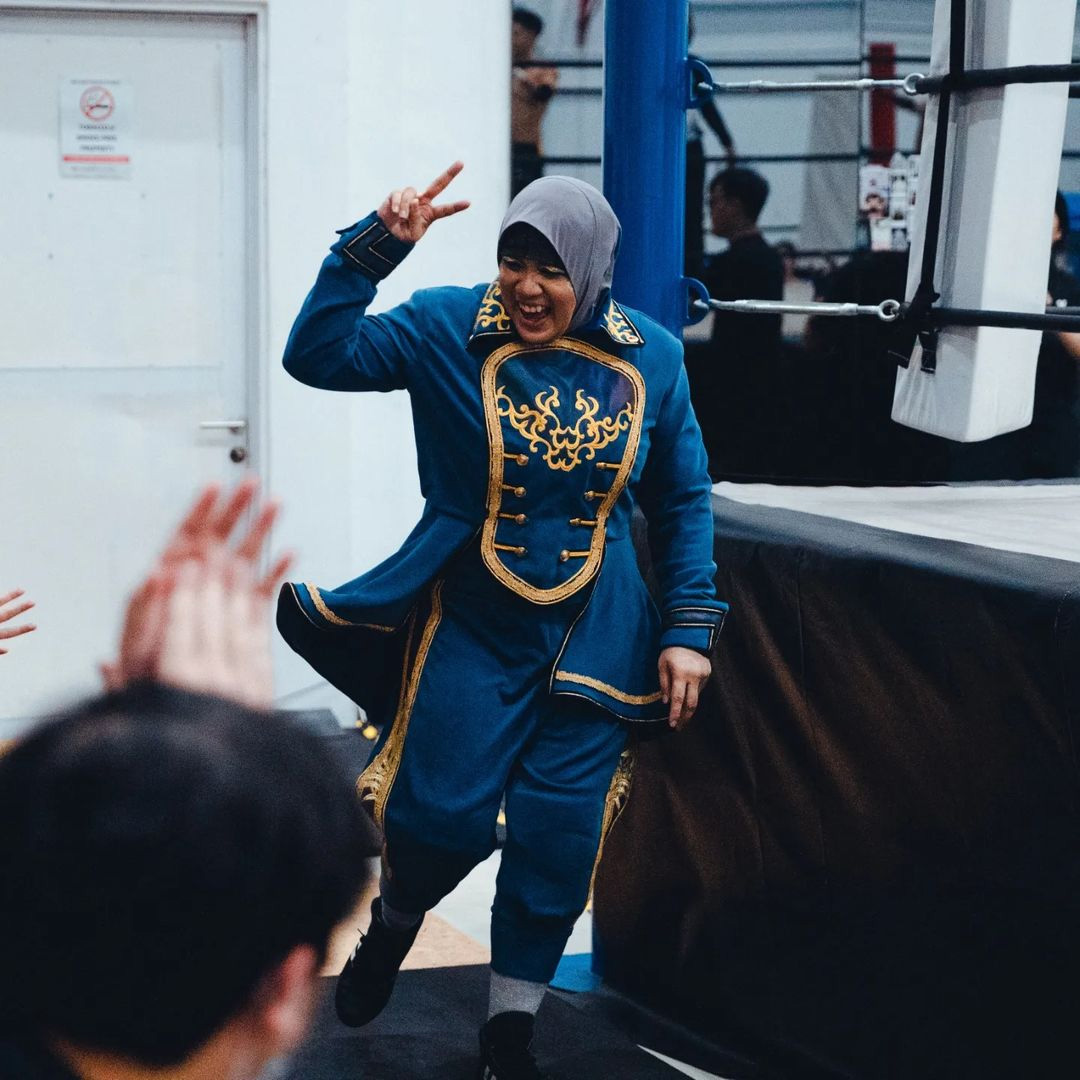 Over in the other corner was Malaysia’s Nor ‘Phoenix’ Diana and Shaukat. 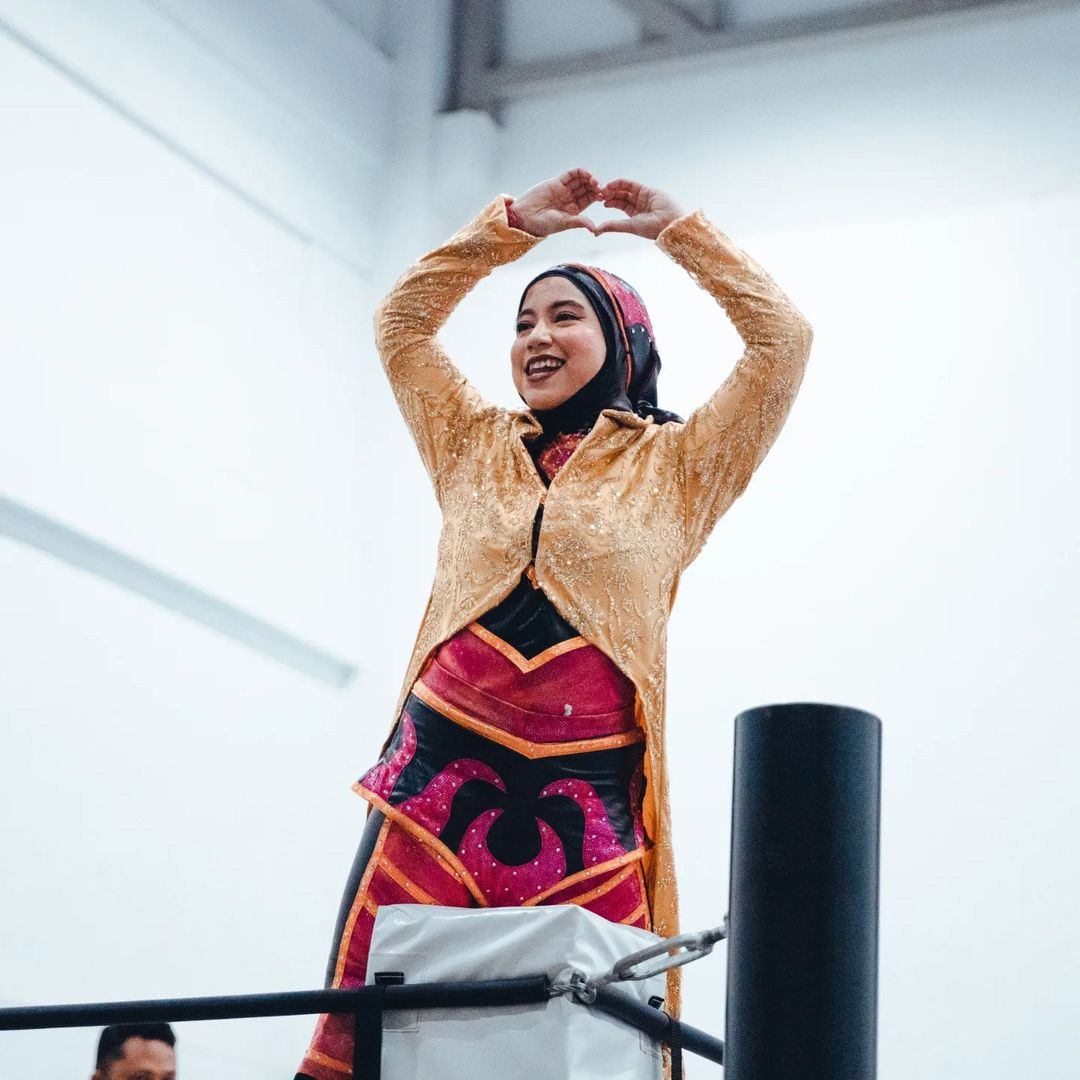 Diana is widely known as the world’s first hijabi wrestler and came to fame after beating four men in 2019 to become the Malaysia Pro Wrestling Wrestlecon champion. She wrestles under APAC Wrestling, based in Malaysia. 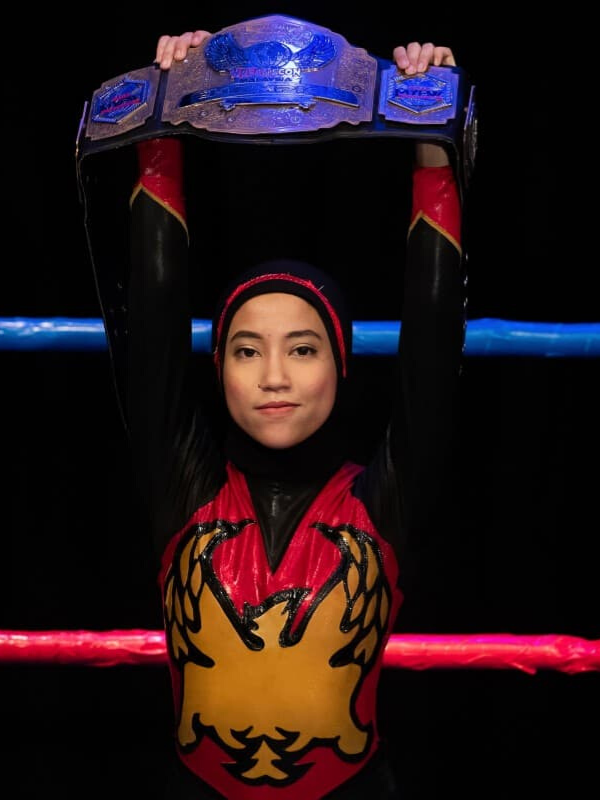 During the Gold Standard event, it was Diana and Shaukat who emerged victorious, after Sarah tapped to a submission by the Malaysian. 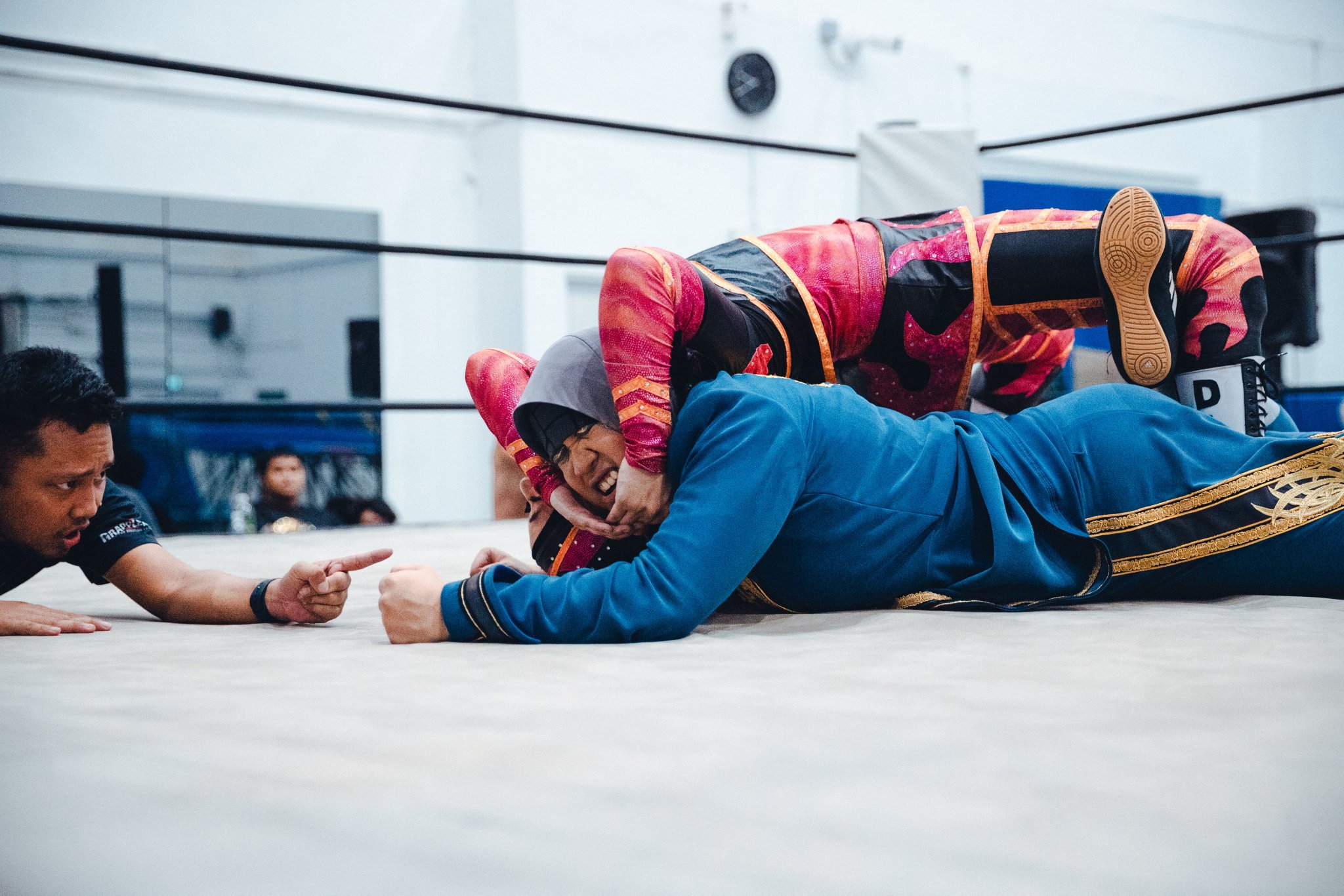 Despite being in opposite corners of the ring, the respect Sarah and Diana had for each other was evident as they raised each others’ hands at the end of the match. 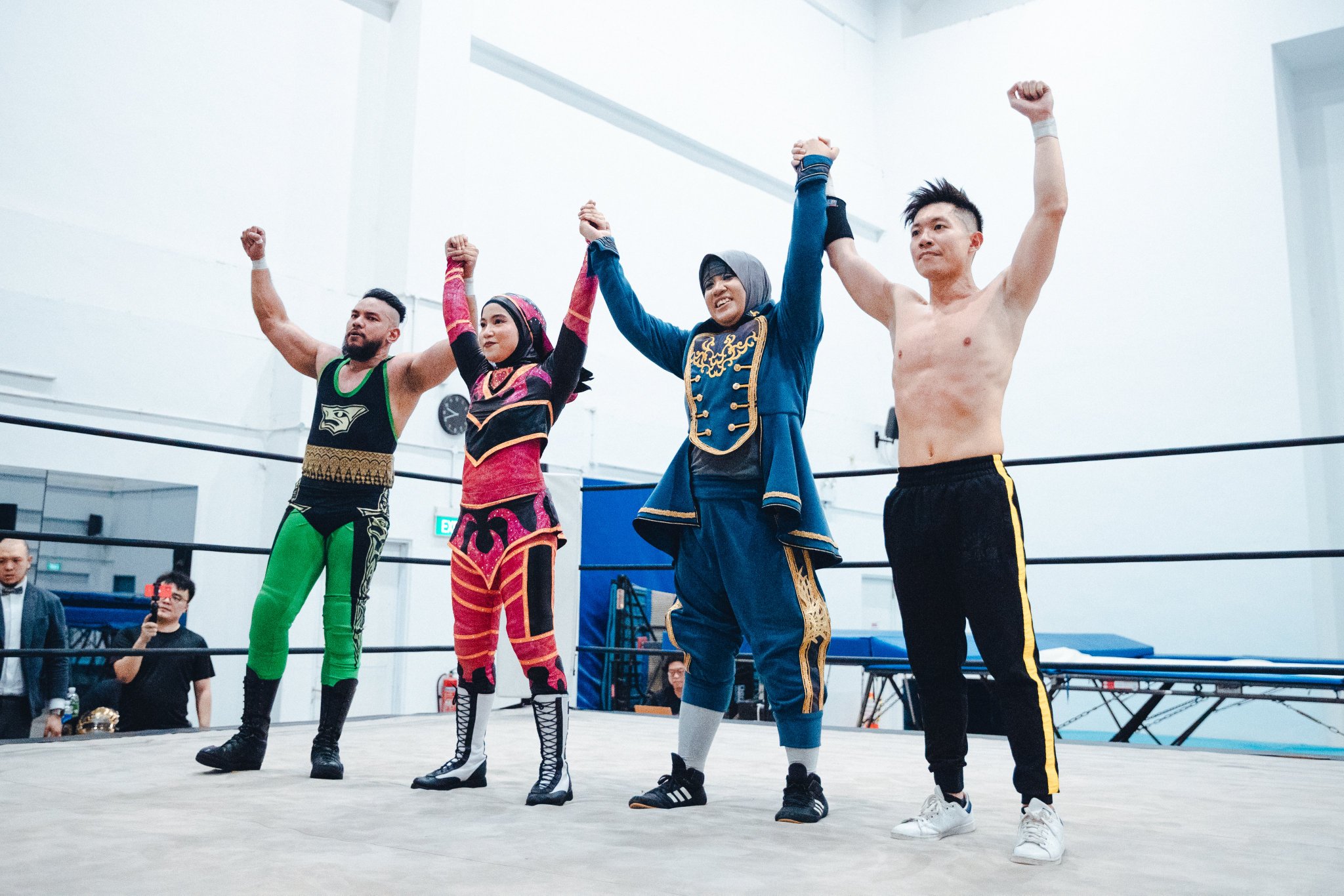 One inspired the other to join professional wrestling

While the match lasted just 16 minutes, the relationship between both wrestlers apparently goes way back.

Turns out, it was Diana who inspired Sarah to step into professional wrestling in the first place.

Acknowledging this in a promotional video, Diana said it would be an honour to share the ring with Sarah.

She also recalled feeling “excited” when she learned that there was another hijabi wrestler at Grapplemax, as she wouldn’t “feel alone anymore”.

A first in sunny Singapore

He added that Diana had graced Grapplemax’s ring as a guest wrestler back in 2018, during the early days of her career.

As part of Grapplemax’s sixth-anniversary event, Mr Ho said it was “meaningful” to have a match featuring both wrestlers.

He also shared that to his knowledge, this is the first time two hijabis were involved in a professional wrestling match in Singapore.

We hope Sarah and Diana’s achievements in the ring will encourage others to join the sport and not let their dresscode define what’s possible for them.