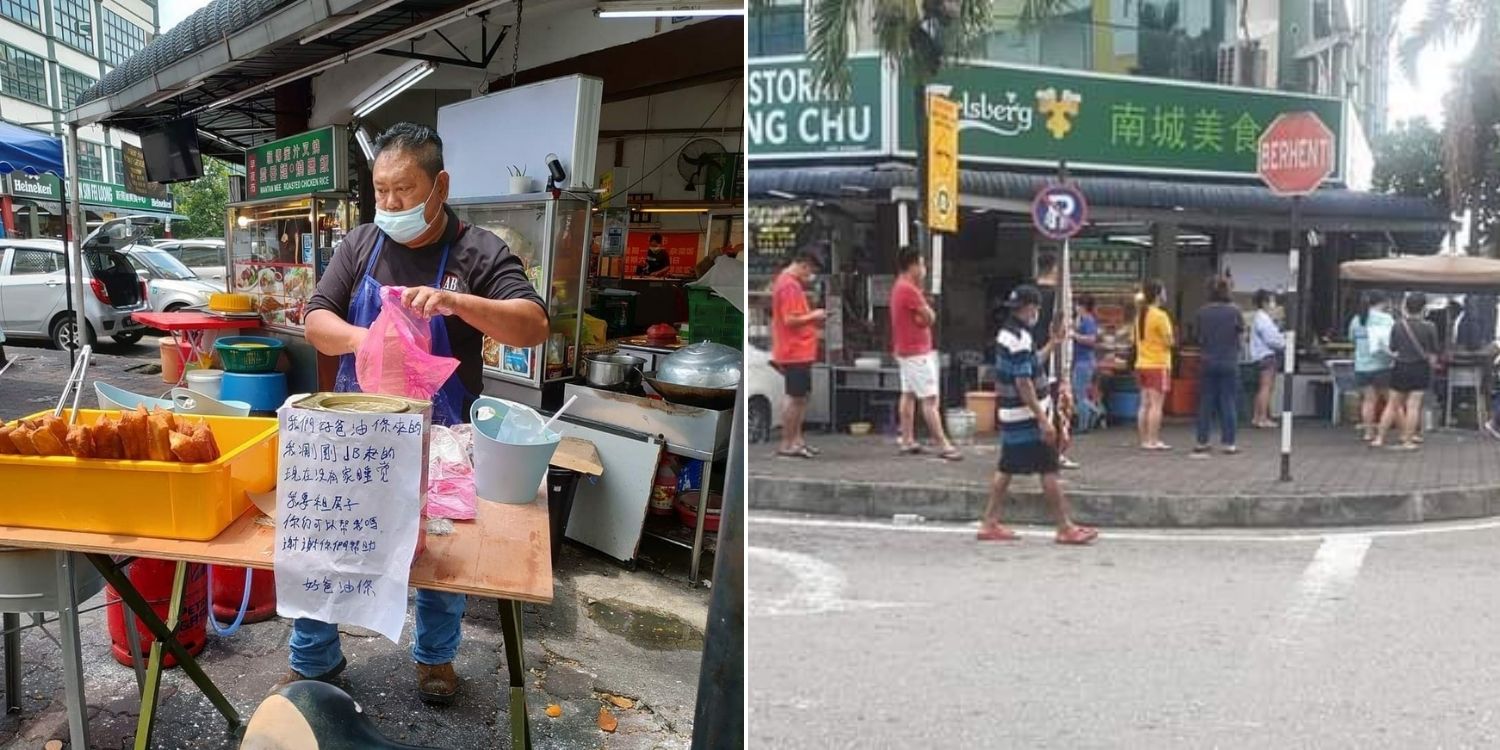 He hopes to get business & not donations.

With the economy on a steep downward spiral in 2020, livelihoods became threatened as jobs were lost and businesses suffered. Hoping to put a roof over his young daughters’ heads, a homeless Malaysian dad resorted to selling you tiao or deep-fried dough.

He pasted a note on his food cart appealing to people to buy flavoured you tiao from him so that he can afford to rent a house for the girls. Seeing the note, a netizen took to Facebook to spread awareness about this father’s plight, encouraging people to patronise his business.

Asks for business & not donations

On Thursday (22 Oct), a Facebook user uploaded a post asking for support for a food seller who sells you tiao near South City Food Center in Selangor. 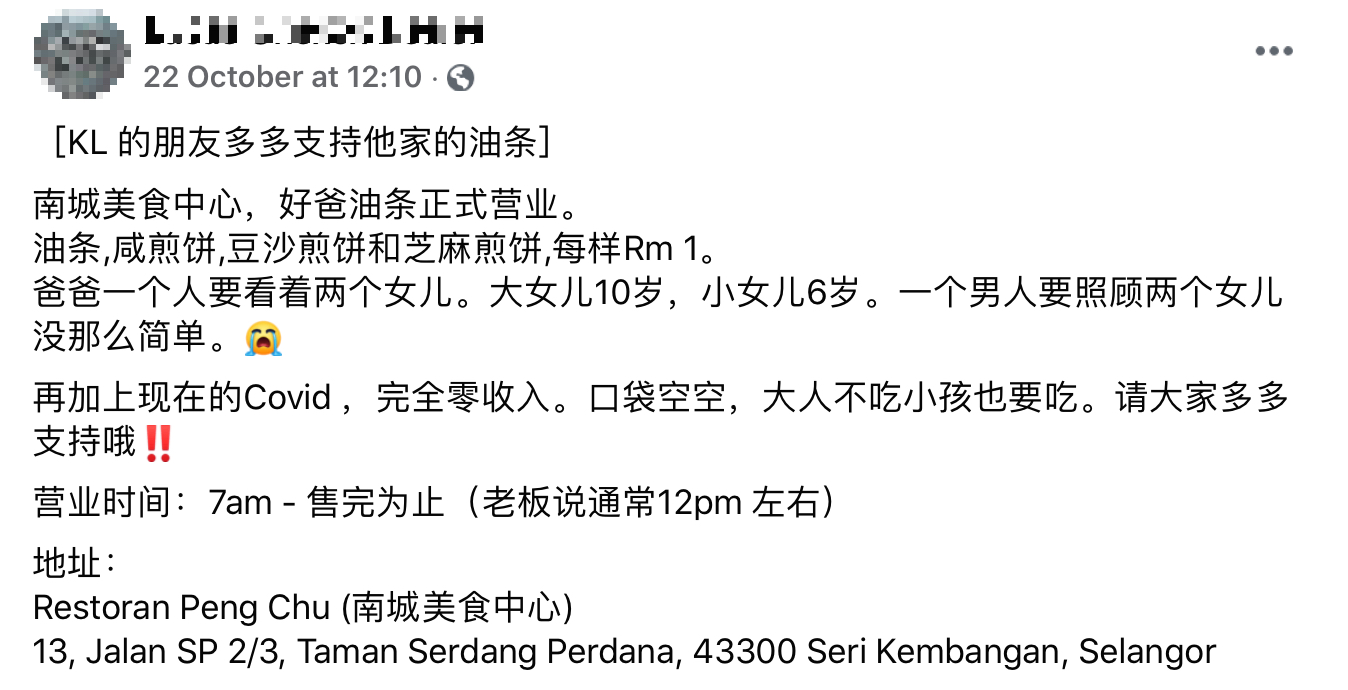 Pasted on the cart, a note says that the man’s business is called “Good Father You Tiao”. The note also mentions that he is originally from Johor Bahru (JB) and currently does not have a house to stay in. 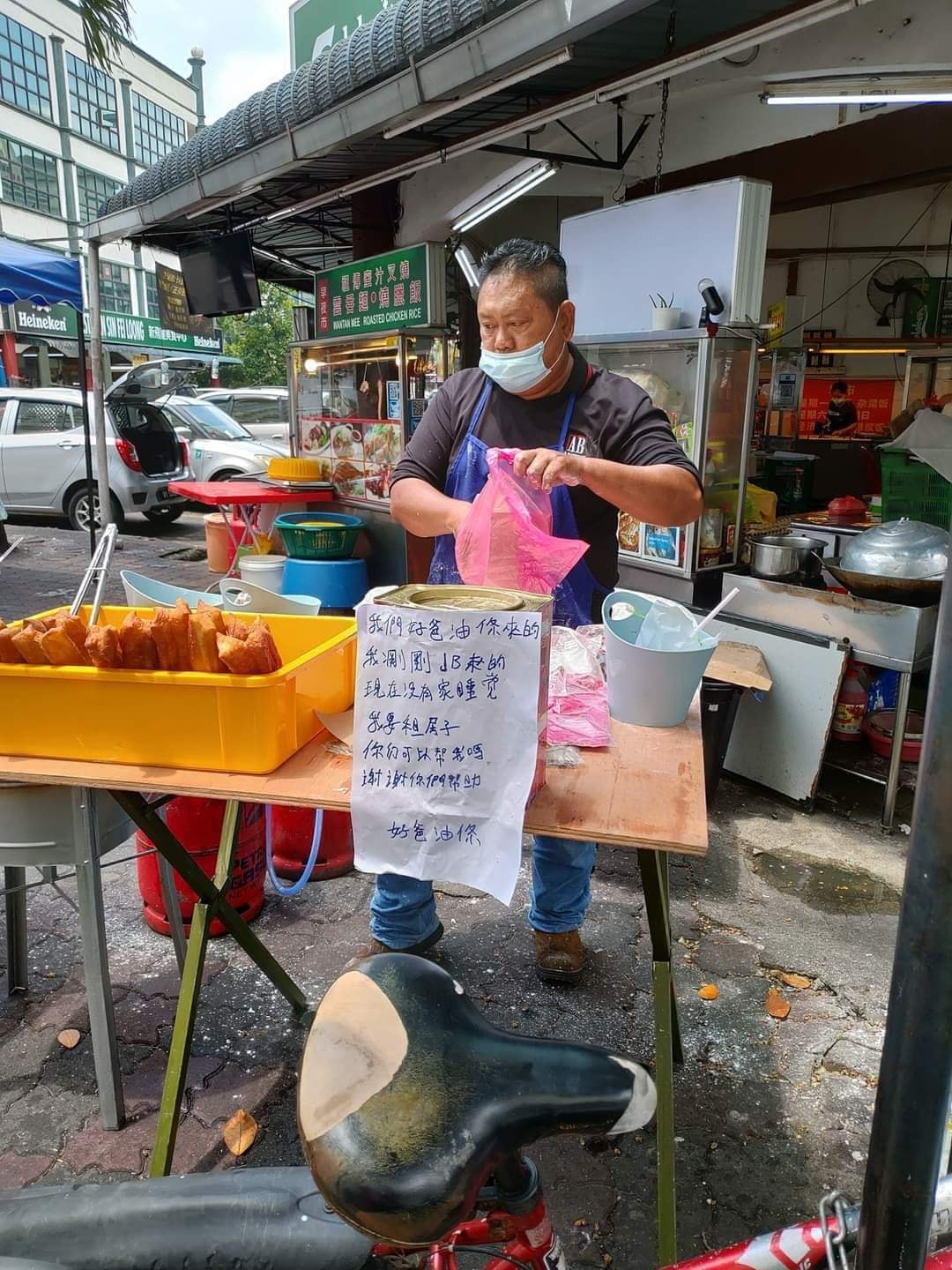 The man says he hopes people will be able to help him rent a house by buying the food he sells.

The netizen shares that the you tiao comes in flavours such as lemon, bean paste and sesame. Each packet cost S$0.30 (Rm 1) as well.

According to the original post in a Facebook group, the man shared that he has 2 young daughters aged 6 and 10. 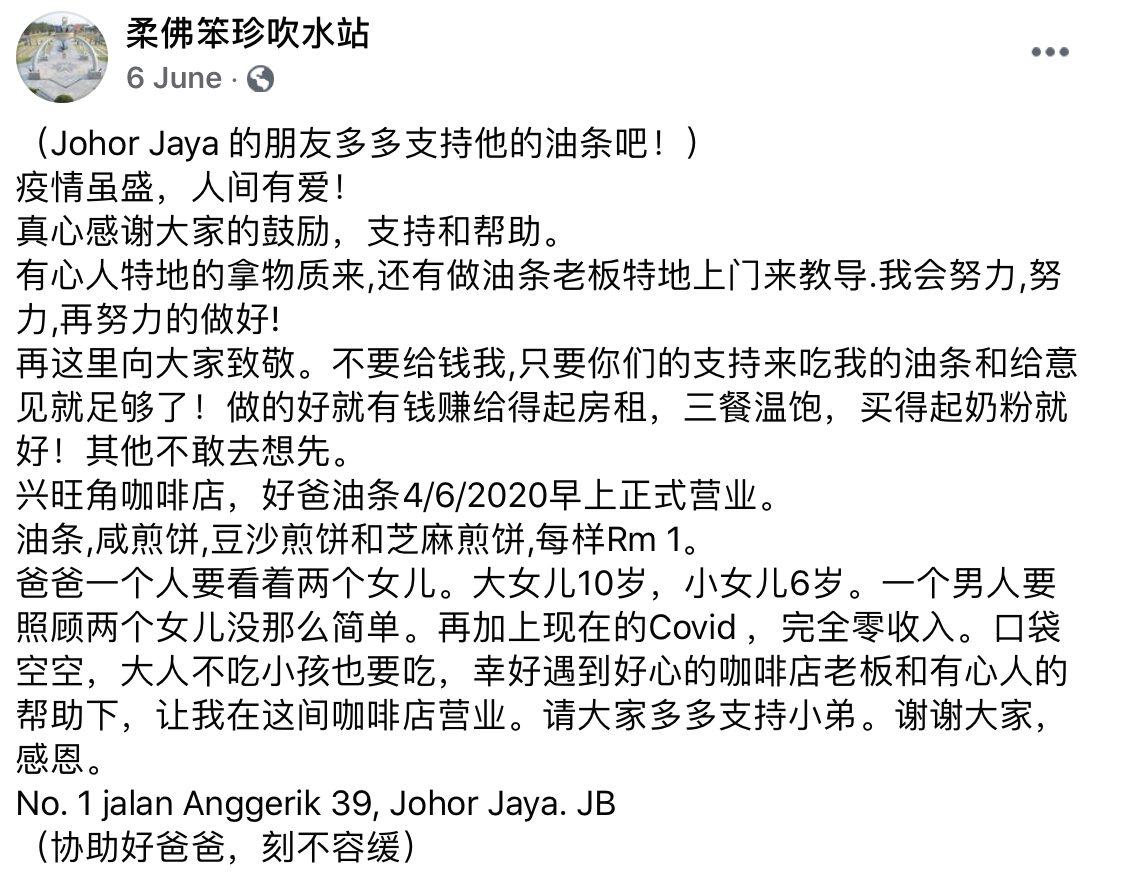 He says that he doesn’t want any donations but hopes that people can help him by patronising his stall. 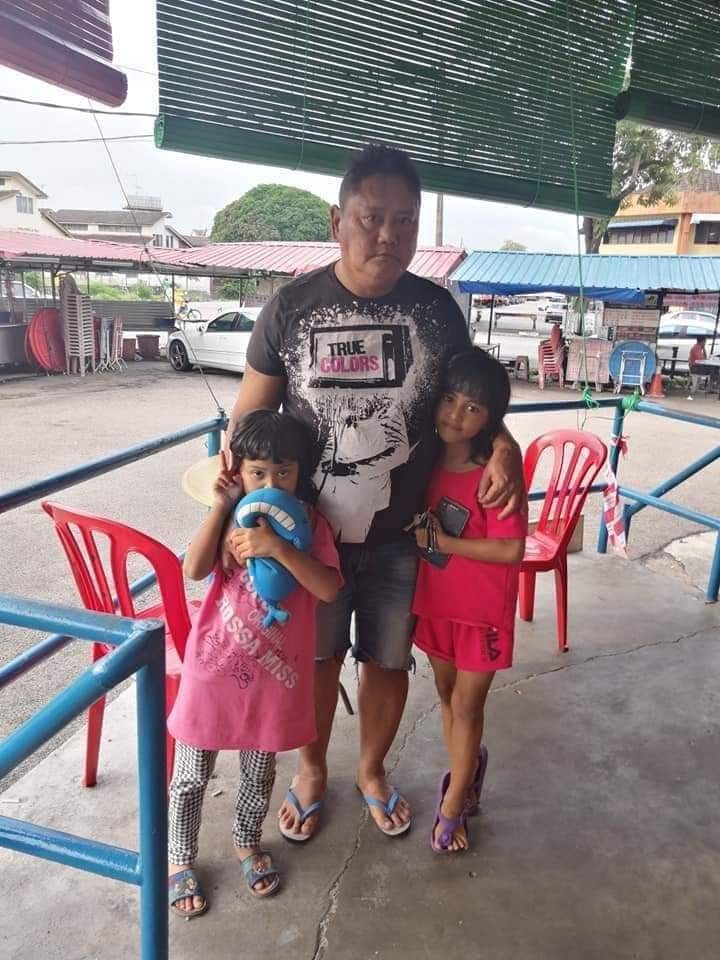 In order to be able to provide 3 meals for his daughters and rent a house, he declares that he will “work hard, work hard and do better”. 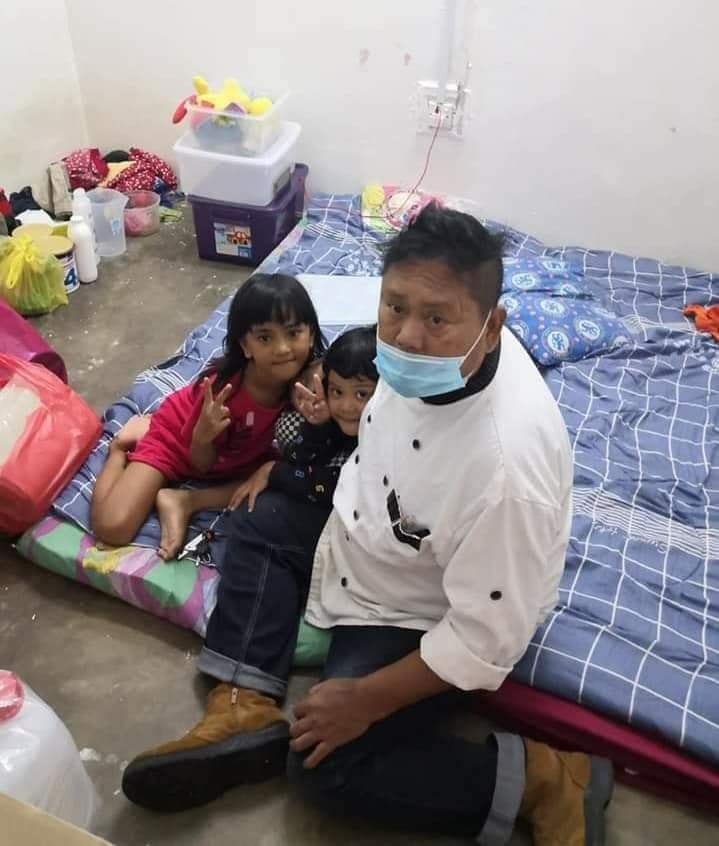 Long queue forms to support him

After the post went viral, long queues were seen forming at his food cart.

Many people could be seen lining up a safe distance away from each other and waiting patiently to buy the you tiao to support the father.

Those who are travelling into Malaysia for essential purposes may consider dropping by the man’s stall to try his tasty you tiao and help him out financially.

Here’s some useful info in case you’re planning to visit:

What the father is doing in order to provide a better life for his 2 young daughters is moving.

Making a living in the current economy certainly isn’t easy, and doing so while supporting your family alone is even harder.

We hope his hard work will pay off and they will be able to rent a house soon.