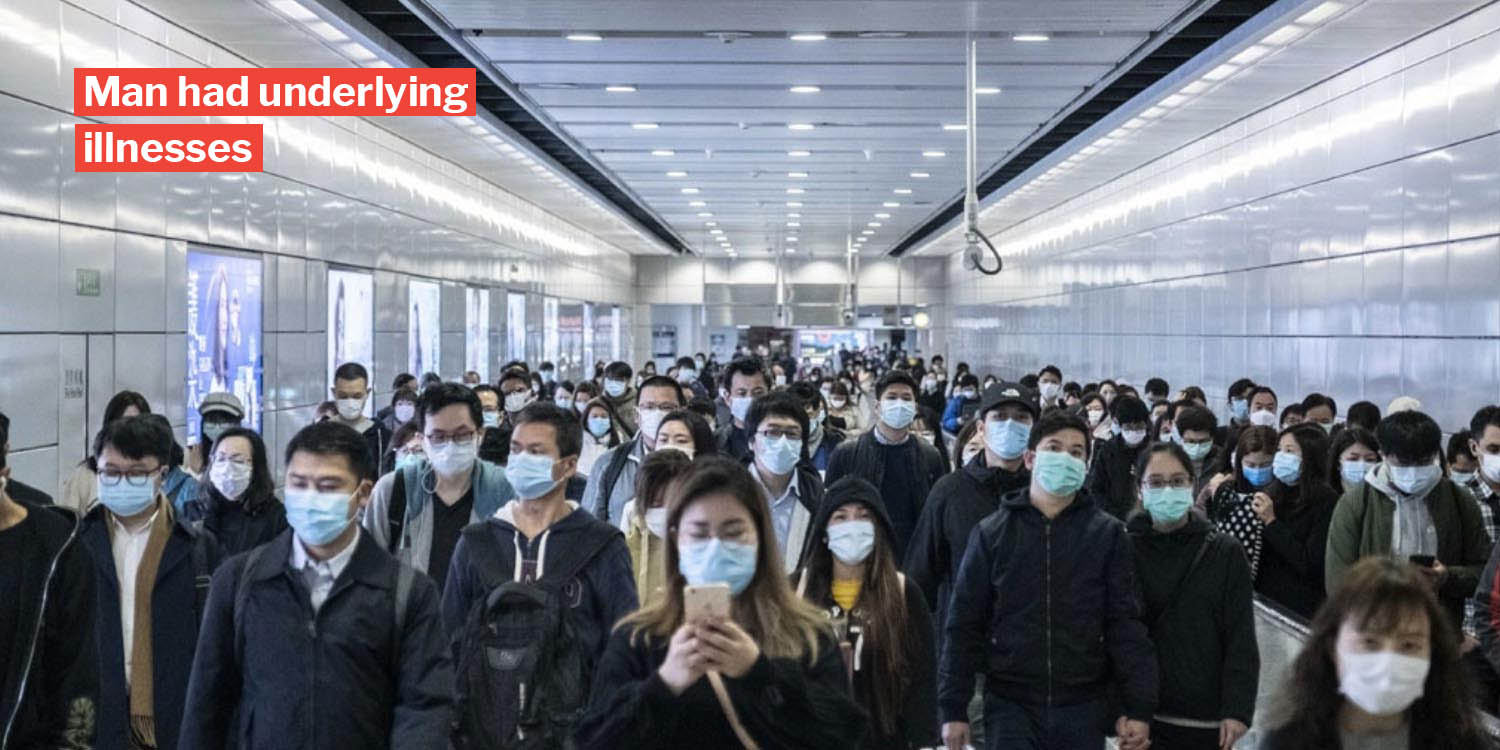 The number of confirmed cases and deaths in Hong Kong continue to rise with the confirmation of their 2nd Covid-19 related death just this morning (19 Feb).

According to The Straits Times, the patient, who was a 70-year-old man, passed away early Wednesday morning.

South China Morning Post (SCMP) reports that the 70-year-old man, one of the 62 confirmed cases in Hong Kong, died at around 7am.

The patient had pre-existing health conditions. Medical sources revealed that the patient had suffered from diabetes and kidney issues.

But his exact cause of death remains unknown.

We also learnt that he had travelled to mainland China for a day trip on 22 Jan.

Admitted to hospital after suffering a fall

According to SCMP, the man had been sent to Princess Margaret Hospital after suffering a fall. He had been unwell since 2 Feb, and tested positive on 14 Feb.

He had been in critical condition since testing positive.

We hope the situation in Hong Kong gets better soon.

MS News conveys our condolences to this man’s family, and the people of Hong Kong.